Seduction of the Innocent: The Gruesome Magazine comic review of  ” Harrow County” Volume one from Dark Horse Comics.

To say that Cullen Bunn’s  Harrow County  is a southern gothic horror story doesn’t really do it justice. To me, it is so much more. It reminds me of home. Growing up, I came from a family who liked to sit around and tell spooky stories of things that lived in the woods and lonely, old country roads. Abandoned churches and houses that were deep in the backwoods that had no roads leading to them, yet there they were.  As if they just erupted through the ground and waited for the hapless to wander in and get swallowed up. And there were “Haints” in those woods. Yes, there were.

As a kid, I ate these stories up. They were probably little more than a way to keep us from playing around these unsafe, decrepit places. And to keep us from wandering too far into the woods. At that time, In the mountains of North Carolina, it was possible for someone to venture in to those old woods and never walk back out. People got lost. Or so we told ourselves.

This might have scared off the other kids. But not me. I wanted to know for myself. So, on occasion, I would disappear for a while.

I had to know.

This is the same feeling I got after reading the very first issue of Harrow County. 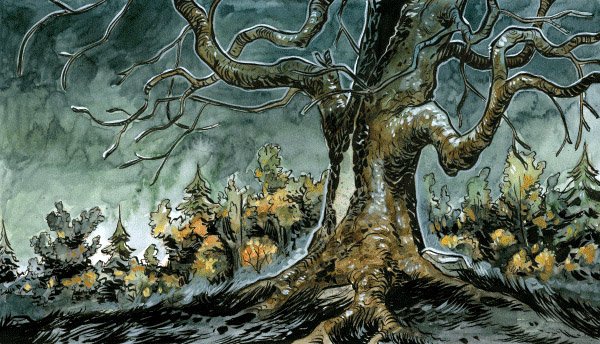 I freely admit I’m late to the party on this book. I also freely admit that I don’t read that many mainstream comics anymore. So when friends kept telling me I should be reading it, I picked up the volume one trade which collects the first four issues of  Harrow County.

What I found on the inside was a story I could not put down until I reached the last page.

Bunn tell us the story of one Hester Beck. And as our story starts out, Hester is being put to death by the local townsfolk. Her being a witch and all, well, that’s what townsfolk do in these situations. You see, Hester helped heal a lot of folks of sickness and ailments. Come to find out, though, there was a trade to be had for these healings that Hester was performing. Livestock started to die, babies were being stolen in the night, and some say Hester was keeping company with strange creatures in the woods. Unnatural creatures. 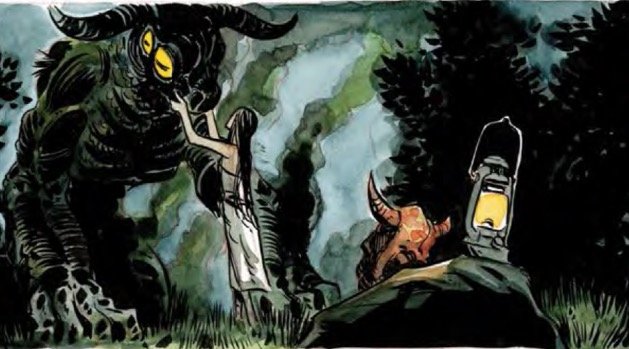 Hester didn’t die so easily, though. Stabbed, beaten and shot, and finally hung by the neck and burned, she vowed vengeance on those who did this to her. 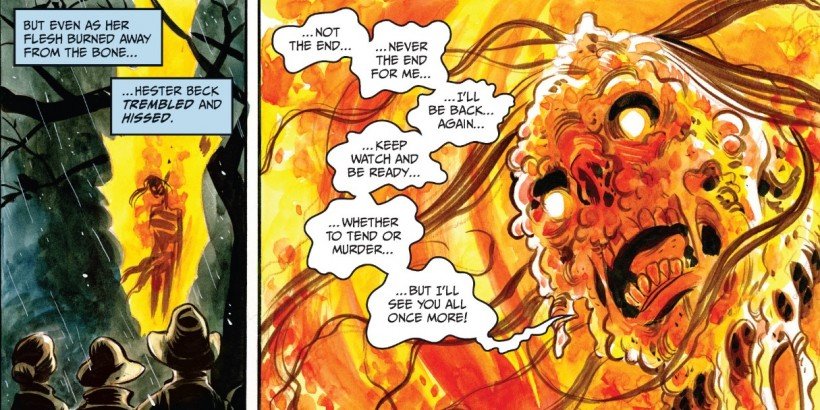 Eighteen years later, young Emmy is having some bad dreams. The old tree outside her window is trying to tell her something in the dream, but she doesn’t quite know what to make of it. Emmy lives with her father, Issac, on a farm in Harrow County.  Emmy will turn eighteen in a few days, and is pondering what she will do with her life if she sets out on her own. One morning, Issac and Emmy notice some of the animals on the farm start to become sick. Some of the calfs are born deformed and diseased looking. As Issac goes in to get a Gunter put the animal down, one of the calfs miraculously heals after Emmy touches it. 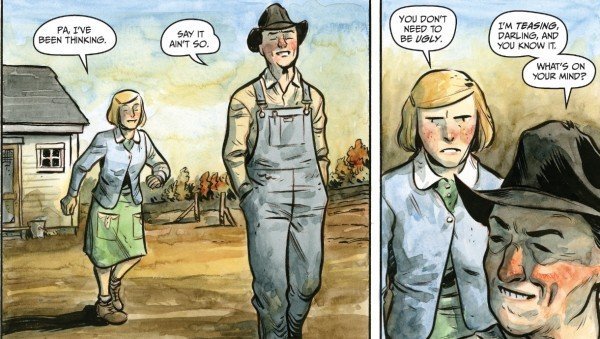 Is Emmy the reincarnated Hester Beck? And if so, what does that mean for the people of Harrow County? And hell, what does it mean for Emmy, who wouldn’t hurt a fly?

Bunn weaves a lean, mean story here that seems to tell a whole hell of a lot in not too many words. I felt like I was sitting in my grandma’s old creepy two story house listening to all those old spooky tales we were told as kids. Scary, yes, but at the same time very much feeling natural and true.

This book’s story feels like it is happening somewhere to someone right now, this very second. There is an honesty to what is happening to Emmy and the people of  Harrow County  that just sweeps you up and makes you feel like you are a citizen here as well. Even though the story shares some tropes that a lot of other horror comics do, you really get to care about what happens to Emmy and other folks in the county as well.

Some folks say Tyler’s art was hard to get used to at first, as it looked like something from a children’s story book than a horror comic. I totally disagree with this opinion. The simplicity of his lines, the beautiful watercolors ( and I do mean beautiful!) is part of where the charm of this book lies. One minute, it looks like you’re reading a Frank L. Baum Oz  book, the next it looks like something out of John Carpenter’s The Thing.  Crooks’ art can turn on the edge of a dime from  delightful to gruesome with great effect. He is the perfect artist for this book, and kudos to the editor or maybe Bunn himself for picking Tyler Crooks for this project. It’s a feast for the eyes. I can’t say enough about it.

I highly recommend  Harrow County. It’s  a gem that doesn’t come along  everyday. There is a reason why it’s being developed as a television series. It’s really that good.

Most of all, I’ll keep reading for the same reason I would venture into those woods as a kid.

I just have to know. 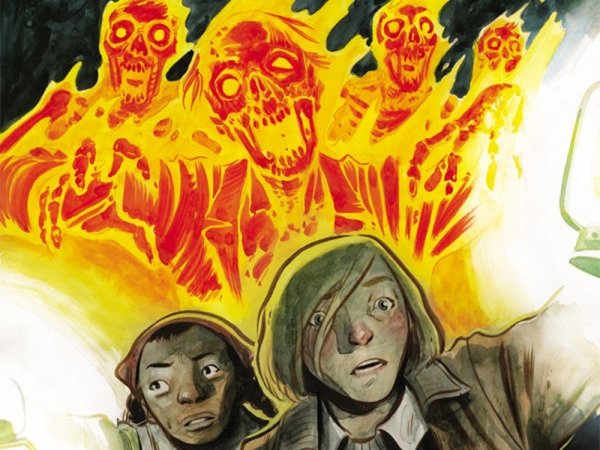 British horror short Commune is filled with tension, unease, and dread, thanks in large part to the real dilapidated house used for its setting. Writer/director Thomas Perrett discovered the abandoned house at a Halloween party and was inspired to make this creepy short because of that. Tom (Tom Weller) takes on the task of watching […]

Writer/director Tom Costabile‘s VooDoo is an interesting film. It starts out as your standard, run-of-the-mill found footage film before turning into the type you would expect to see if it was announced that JosÃ© Mojica Marins was making a found footage film. I would not have been the least bit fazed or surprised to have […]

Anger of the Dead is a 2015 film written and directed by Francesco Picone that is adapted from his 2013 short film of the same name. Produced by Uwe Boll — yes, that Uwe Boll — the film follows our pregnant protagonist Alice, (Roberta Sparta) as she struggles to survive in a world that has […]