As I type up this report – Felissa Rose is like 20 feet away from me.  Attending the DarkX-Mas convention this weekend in cloudy and cold Cleveland Ohio – and Felissa is a guest of honor.  No reason you really needed to know that other than the fact that it amuses me that I am writing an article about her next big project while I stare at her.

So, what’s this project you ask?

How about an in-depth, four hour look at the franchise that made her a star.

Felissa is Executive Producing – Angela: The Official Sleepaway Camp Documentary and it looks like it is going to be loaded with slasher goodness – check this out!

– Hours of never before seen behind the scenes footage

– A vast collection of never before seen photos

– Unreleased music videos from the films

– “What It Feels Like For A Girl: The controversial tale and making of the first LGBTQ killer”

– And much much more

That is a ton of Sleepaway Camp coolness!  Production just seems to be gearing up so, hang around for updates. 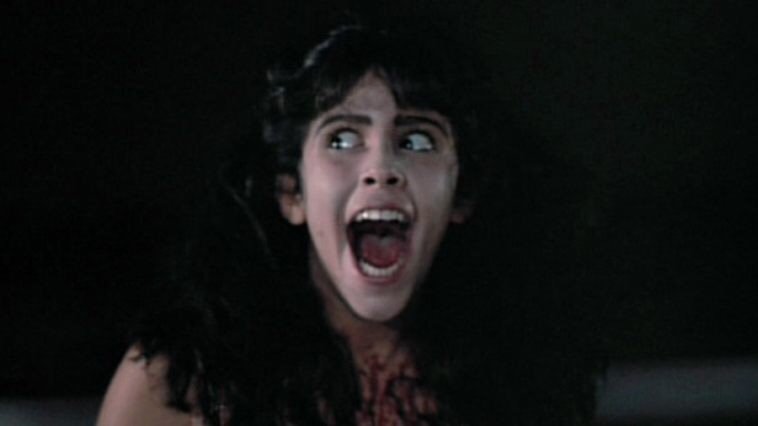 Stump The Saint – Death to Notes

Stump The Saint  — Horror News Radio’s weekly game show in which the listeners guide Thomas Mariani  to the trivia questions poised to stump Santos “The Black Saint” Ellin Jr. Despite his love of trivia, Santos is capable of being stumped on a weekly basis! As to where the audience comes in to  Stump The […]

We Got The Premiere Date, We Got The Trailer – ‘Creepshow’ Madness Begins

Ahead of this weekends SDCC panel – Shudder today unleashed a wealth of information of their upcoming CREEPSHOW TV series – spearheaded by the one and only Greg Nicotero. The first thing we got is a kick-ass trailer – click and love! Got your interest? Six episodes will air on the streaming service – Adrienne […]

Welcome to the inaugural Gruesome Magazine Horror Movie Awards, celebrating the best and most insane moments in the genre for 2018. The Grue-Crew have collected their nominations for 22 categories with six nominations for each with the exception of Best Film (10), Best Film Festival, and Best Horror Convention. In addition to the always present […]