Lionsgate is ready to bring back that feisty little green dwarf   – and unleash his fury on yet another group of unsuspecting victims. A new trailer for Leprechaun Returns just made its debut and you know what?   It’s actually pretty freaking good!

The flick will be making its digtial and VOD debut on Dec. 11th – the press release fills us in on all the release will hold:

“Be careful what you wish for when Leprechaun Returns arrives on Digital and On Demand December 11 from Lionsgate. The devious and deadly wisecracking Leprechaun that we all know (and love to hate) returns to reclaim his pot of gold from a sorority house property…all while gleefully going on a Leprechaun-style killing spree. Leprechaun Returns stars Linden Porco (TV’s “Channel Zero,” Cult of Chucky) as The Leprechaun with his signature hat and shiny shoes, Taylor Spreitler (Amityville: The Awakening, TV’s “Kevin Can Wait,” TV’s “Casual”), and Mark Holton (Leprechaun, Pee-wee’s Big Adventure, A League of Their Own), who returns to the series for the first time since the original 1993 film.

The deadly, wisecracking Leprechaun is back in all his gory glory. When the sorority sisters of the Alpha Upsilon house decide to go green and use an old well as their water source, they unwittingly awaken a pint-sized, green-clad monster. The Leprechaun wants a pot of gold buried near the sorority house, but first he must recover his powers with a killing spree–and only the girls of AU can stop him.

Take home Leprechaun and go behind the scenes of this next installment of the long-running franchise with two never-before-seen special features and an exclusive still gallery. The Leprechaun digital release will be available for the suggested retail price of $5.99 for SD and $7.99 for HD. 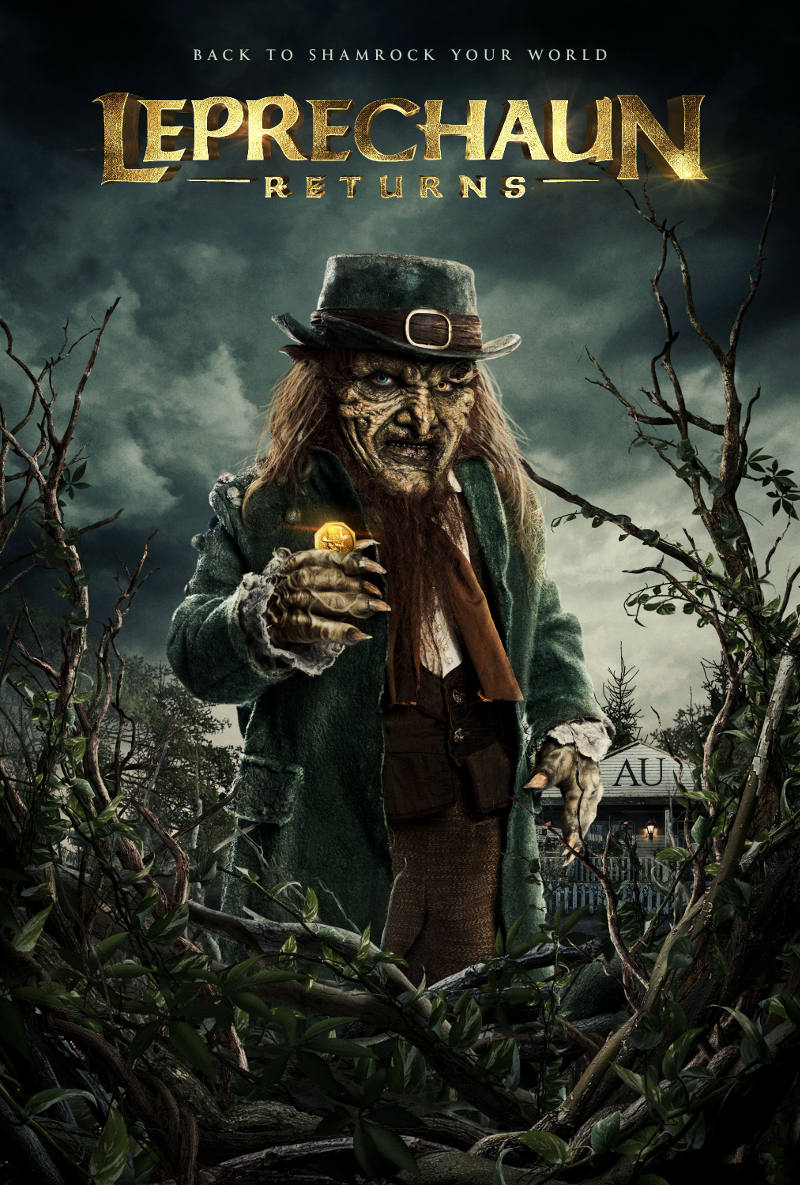 ”  I have seen a lot of hostility. But this is quantifiably bitchy.” – Dr. Frederick Chilton taunts Hannibal Lecter for publishing an article in a rag paper that usurps his own accounts of Hannibal being insane. Little does he know Hannibal already has sealed his fate.  The  much anticipated 3rd season of the hit […]

Cleanup In Aisle 9: The Top 10 Gruesome Headbusting Scenes in Cinema

It was not long after the birth of movies as an entertainment that savvy producers realized that nothing said “Don’t expect THIS character in the sequel” more than having said characters head neatly removed from their body. There is something gloriously final about a decapitation/brain splatter. Characters may survive ludicrous amounts of bullet hits and […]

As you a likely aware – I was not a fan of Stranger Things Season Two – actually I was kind of pissed that I found it so dull, uninspired and well – phoned in. If you’ve been listening to the podcast – I’ve said all along that Season Three is going to be a […]