One of the greatest – not so great – horror films of all time came to us from the undisputed Master of Horror Stephen King.   Of course, I’m talking about Maximum Overdrive – the film which King wrote and directed – adapted from one of his own short stories, Trucks.

The recently revived Vestron Video line has made a name for itself for bringing these classic films of our miss spent youth to Blu-ray and Maximum Overdrive is a great choice.

If you don’t remember the film (and if you’ve ever seen it – you will never be able to unsee it) here is what the film is all about:

“After a comet causes a radiation storm on Earth, machines come to life and turn against their makers. Holed up in a North Carolina truck stop, a group of survivors must fend for themselves against a mass of homicidal trucks. A diner cook, Bill Robinson (Emilio Estevez), emerges as the unlikely leader of the pack, attempting to find an escape plan for himself and the survivors, who include his boss, Bubba Hendershot (Pat Hingle), and a newlywed couple.”

The Blu-ray will come with a nice set of extras   – check it out:

Oct. 23rd is when this one streets – and it will be sporting this new key art that honestly – is worth the price all by itself. 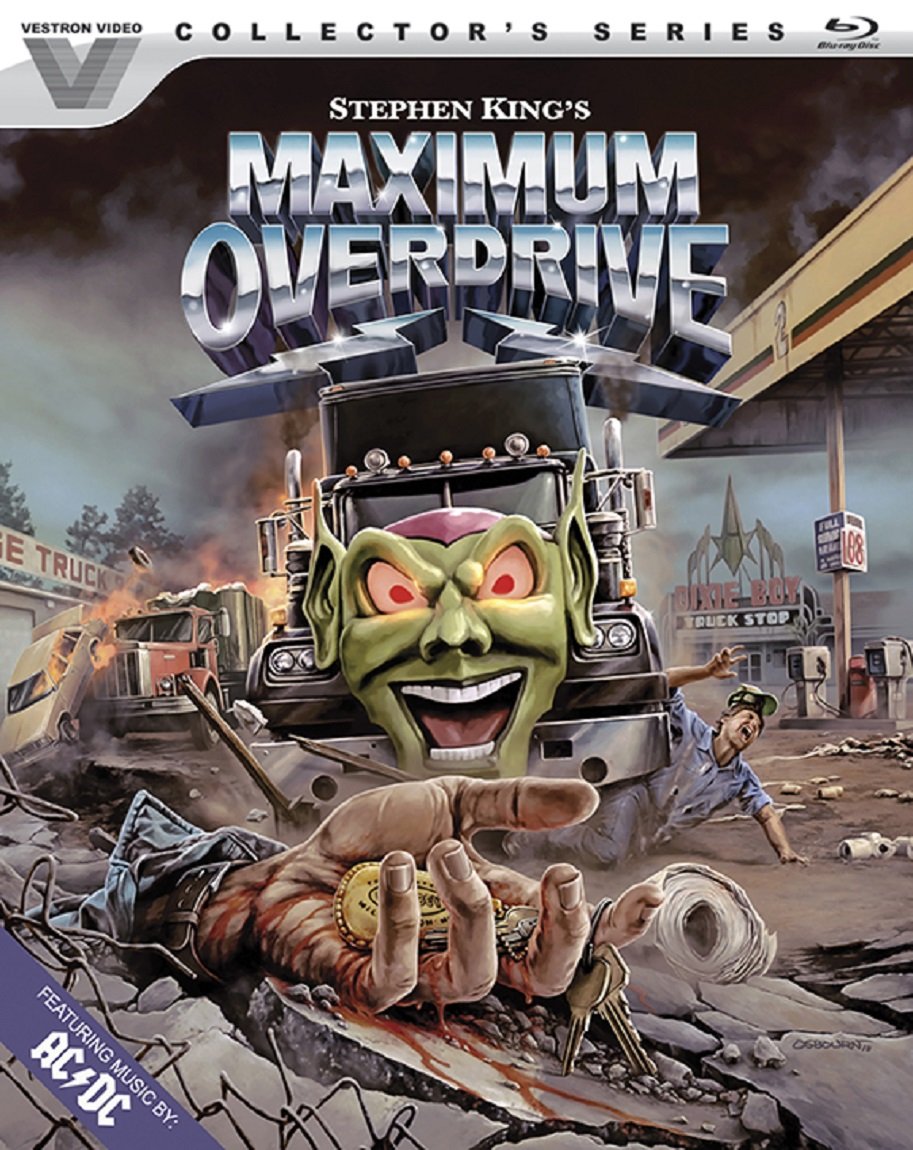 After Fantasia International Film Festival announced that this year’s edition will be an exciting virtual event composed of scheduled live screenings, a program library, panels, and workshops, taking place from August 20th to September 2nd, 2020 — along with its breathtaking first wave of films — Canada’s premiere genre-film fest unleashes its mouth-watering second wave of […]

This weekend the early reviews for IT have begun to show up online and buzz is good, it’s very good actually and on top of all that good word of mouth – the PR machine and Warner Bros. has also kicked things up a bit – releasing a whole set of open ended interview clips […]

Milwaukee Twisted Dreams Film Festival has announced its lineup for this year and that, for the first time ever, it will present a completely virtual version. The festival, which proclaims that it features “the most Twisted Independent Films from around the world,” runs from October 1–4. Following is Twisted Dreams’ official press release: Twisted Dreams […]

GRUESOME GUIDE to the TOP 8 HORROR MOVIES for FEBRUARY 2021

I am your host Doc Rotten and this is the GRUESOME GUIDE to Horror Movies for February 2021. Back with me again are the scariest, goriest, bloodiest co-hosts on the ‘Net. Joining me tonight is Podcasting Rock Star & International Cosplay Queen, Vanessa Thompson. A NIGHTMARE WAKES – 02/04/2021 Synopsis: A gothic period piece inspired […]