“The Geek Shall Inherit the Earth” proves as true as ever as Steven Spielberg’s adaptation of Ready Player One rules the box office this holiday weekend (March 30 – April 1, 2018). The iconic and prolific director translates Ernest Cline’s 2011 novel with Cline and Zak Penn providing the screenplay. The film is pure fandom realized as Wade Watts (Tye Sheridan) races alongside the “High Five” as his avatar Parzival on a quest to collect the three hidden keys within the OASIS. Everything you can imagine is available and possible within the virtual reality game created by James Halliday (Mark Rylance). A competitor company called Innovative Online Industries (IOI), lead by Nolan Sorrento (Ben Mendelsohn), also seek the prize. Art3mis (Olivia Cooke) leads the charge to prevent IOI from obtaining control of the OASIS. The result on screen is a spectacle unlike any other this side of Roger Rabbit, full of pop culture references and familiar visual from film, TV, and games. Racers drive the famous Bigfoot monster truck, the DeLorean from Back to the Future, or Kaneda’s motorcycle from Akira. Fan favorites from the Iron Giant to Gundam makes appearances, far too many to count in this article, keep the film lively and exciting challenging even the most quick-sighted attention span. Ready Player One is less a movie and more a celebration of fandom, geekdom, and the joy of cinema, entertainment, and gaming.

Buried in all the hyperdrive of quick-footed references and visual cues of days gone by is a basket full of horror-filled easter eggs. Ready Player One does not shy away from the genre we love so dearly. In fact, due to one significant change from the source material, it seems to embrace the more horrific elements of pop culture with gleeful abandon. While the film itself is fully rooted in the sci-fi or fantasy genre, Ready Player One can easily be embraced by horror fans and enjoyed for its inclusion of so many horror movie references …maybe even for one extended scene in particular. Included in the mix are such multi-genre references such as  Madballs, the ship from War of the Worlds, Harryhausen’s Cyclops, and the modified Ford Falcon from Mad Max. Was that the Plymouth Fury from Christine?  Even Beetlejuice is seen approaching Parzival to get a selfie. Yet, the full-on straight-up horror references are glorious. Here are the top 8 references in Ready Player One. Huge spoilers follow. 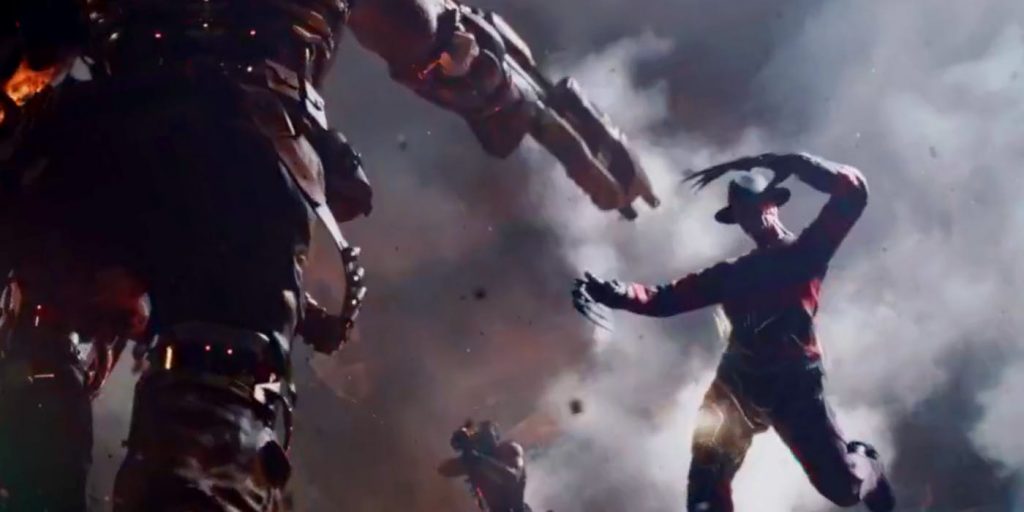 Seen briefly leaping into battle, Freddy is quickly disposed of, blasted into bits. A noble attempt for certain, he is only seen for a split second, but we’re still happy to see one of the most iconic horror franchises represented. 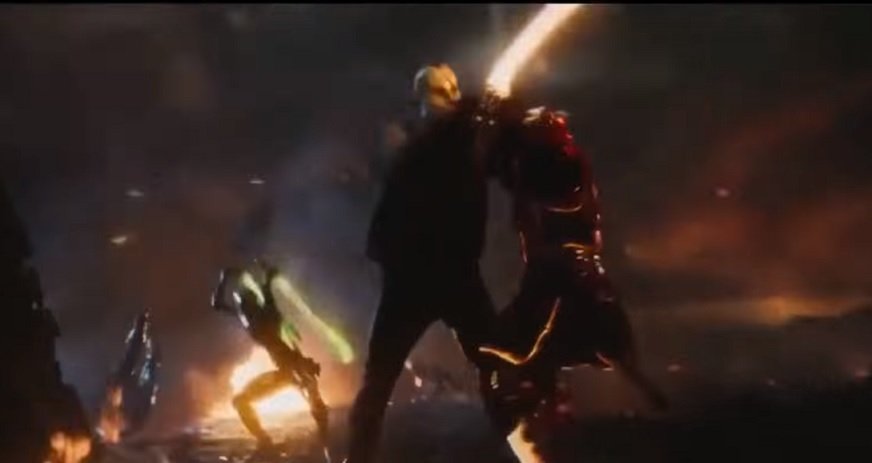 Facing a similar fate as Freddy, Jason Voorhees also appears during a large battle sequence. While he hangs out for a bit longer than Freddy, shortly after his debut, Jason is also cut down.

The Alien franchise receives a few references; the Sulaco  is briefly seen as a ship option in Aech’s bag of tricks. However, the chestburster gets prime exposure in the guise of a delightful gag played upon Parzival by Art3mis – who at the time is skinned as Goro from Mortal Kombat, perhaps doubling the fun. 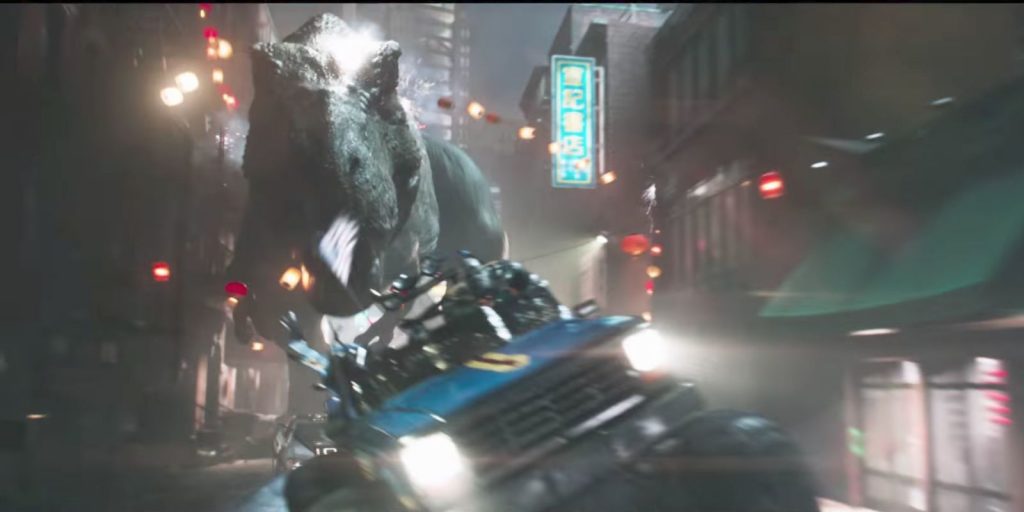 While the T-Rex seen during the race for the first key could be from a number of dinosaur films, it is highly likely this is from Jurassic Park. It appears early in the race chomping and stomping at racers as they whiz past.

The iconic cinematic gigantic gorilla plays a key role in the race for the first key blocking the final gate from the racers making it seem impossible to pass by him. Let’s just say he makes a large impression. 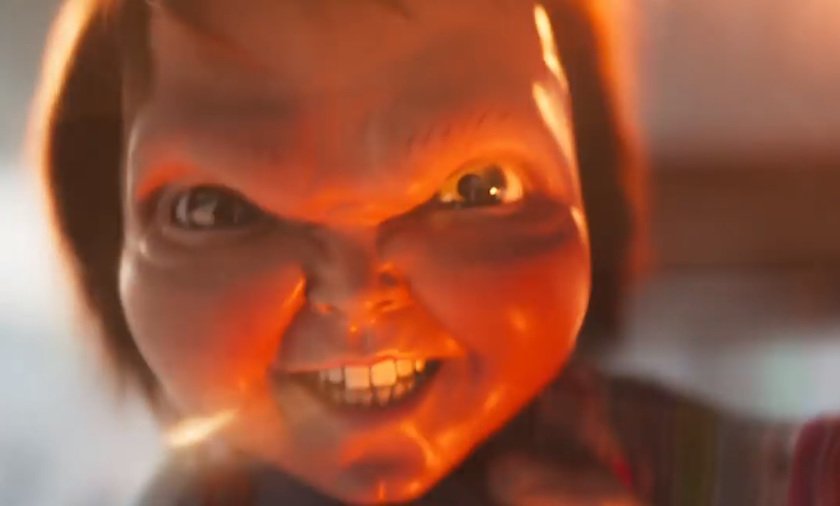 During the charge upon Castle Anorak on Planet Doom, Art3mis hands Parzival a secret weapon to toss at the army of Sixers blocking their path. That secret weapon is Chucky from Child’s Play. His attack results in a hilarious f-bomb and the rewarding visual in the “real” world as the Sixers are rapidly taken out as Chucky bounces from one victim to the next. 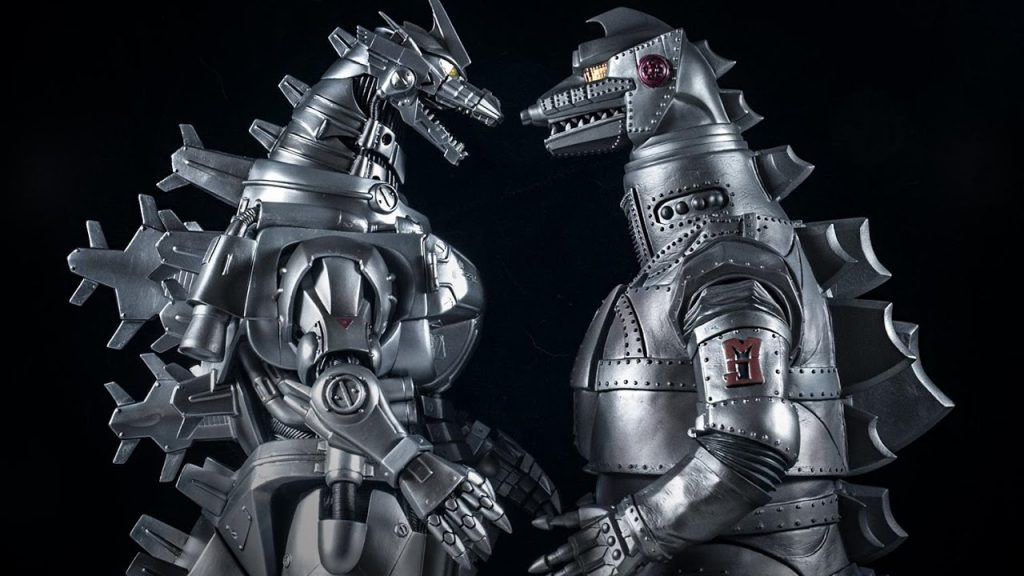 Another giant appears during the finale as Sorrento pilots ToHo’s MechaGodzilla to battle the High Five. The surprising and dramatic introduction comes complete with a joyous inclusion of ToHo’s famous Godzilla theme. MechaGodzilla makes quite the formable foe and hangs out for quite some time defeating our heroes one by one…until…well, that would be telling. 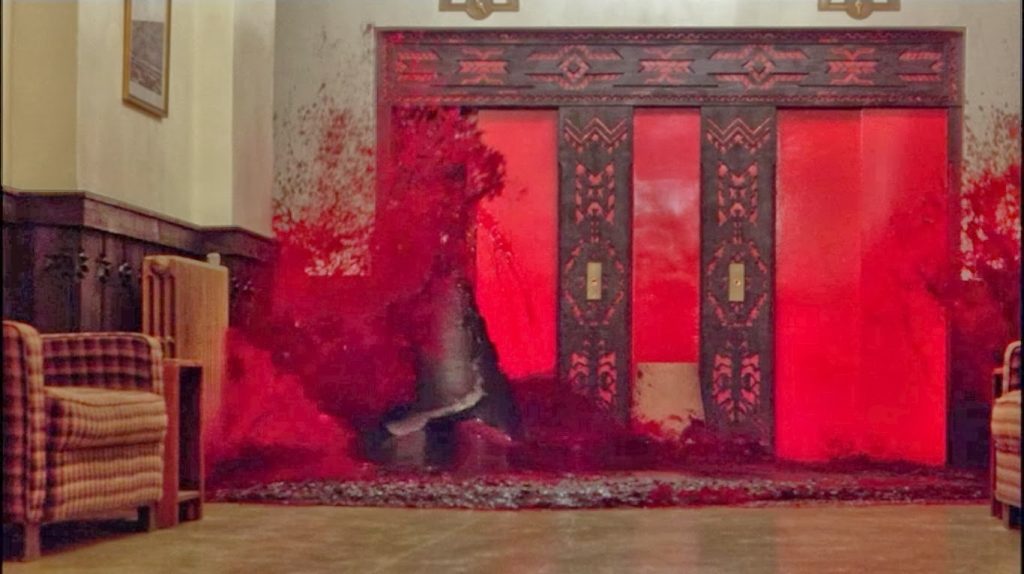 Without a doubt, the film’s biggest inclusion of the horror genre is the extended scene featuring the second key where the High Five travel into the world of Stanley Kubrick’s The Shining. That’s right, the Overlook Hotel is recreated in all its glory and its horrific creations, including and not limited to the twins, the hag from room 237, and Jack Torrence chasing the cast around the maze. “We have no business going into that room,” Aech proclaims as the High Five search for an exit. So right you are! And this scene gets even more clever as it unravels the key featuring a zombie-filled dance hall where Art3mis must leap from creature to creature to get to Kira. The scene is inventive, fun, and respectful to the genre. So good!

IFC Films will be releasing DEMONIC (2021) from Neill Blomkamp on August 20, 2021. Today, they released the first trailer and looks crazy AF! Very bizarre visuals and concepts lie ahead for horror fans. Check out the trailer below and let us know what you think! IN THEATERS, ON DEMAND AND DIGITAL AUGUST 20, 2021We […]

James Gunn knows horror – no question there – he also has had a rather celebrated foray into the super hero genre so who better to marry the two then the man himself.   He manages to do just that in BrightBurn, a film hitting this coming Memorial day – he produces with David Yarovesky […]

IFC Schedules THE RENTAL for a Summer Drive-In Theater Release

One of the many odd things that have happened to movie and genre fans over the past few months is the resurgence of the Drive-In. For an “old fart” such as myself who grew up in the Seventies and early Eighties, the Drive-In brings back special memories of discovering the most outrageous of horror films […]