It’s only been what – 2 weeks since Eli Roth’s remake of ‘Death Wish’ hit theaters? While Bruce Willis starred this time around – the classic original starred the one and only Charles Bronson.   ‘Death Wish’ invented its own sub-genre when it came out and it propelled Bronson to superstar status.   Roth’s redo – not so much but what it did do was bring the work of Mr. Bronson back to the limelight.   Today I have a trailer for a new vigilante film titled ‘Death Kiss’ and it stars Robert Kovacs who bears an eerie resemblance to the late Mr. Charles Bronson.   Check out this trailer – and let your jaw drop.

Here’s all the info from the press release:

“Millman Productions and Mosquito Entertainment have just released the first teaser trailer and artwork for DEATH KISS, a new action-vigilante feature written and directed by Rene Perez (PLAYING WITH DOLLS: HAVOC) and produced by Jeff Miller (CLOWNTOWN, THE RUSSIAN BRIDE).

The movie will start making the rounds to sales agents and distributors this month. Filmed recently in Northern California, the film stars Robert Kovacs (who bears an uncanny resemblance to Charles Bronson), “Baldwin brother” Daniel (JOHN CARPENTER’S VAMPIRES, HOMICIDE: LIFE ON THE STREET), Richard Tyson (KINDERGARTEN COP, TWO MOON JUNCTION), Eva Hamilton (horror fest fave RUIN ME), and Stormi Maya. DEATH KISS concerns a vigilante with a mysterious past who goes to a crime-infested city and takes the law into his own hands.

Sabrina Morgan was Associate Producer. Reese Austyn was Line Producer. Miller and Perez previously worked together on THE BURNING DEAD (aka VOLCANO ZOMBIES).” 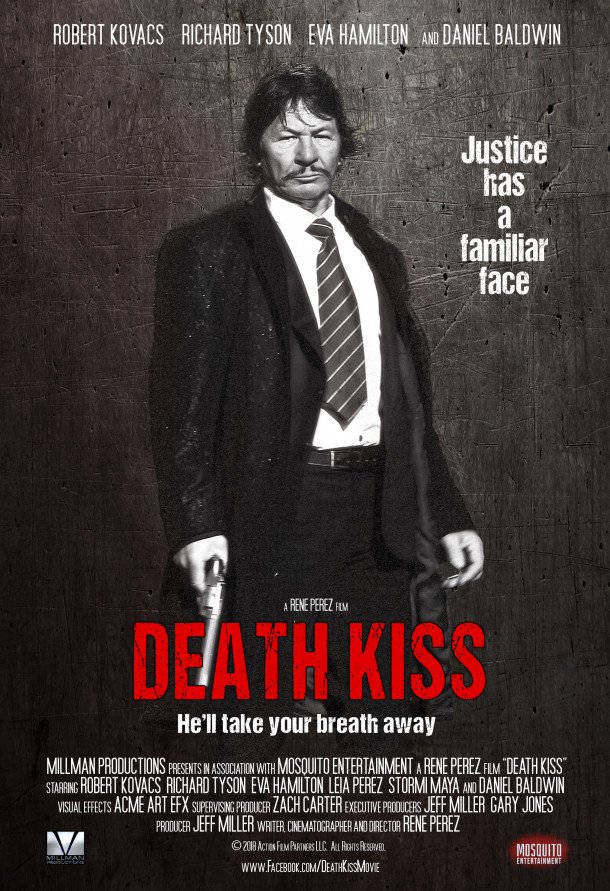 CBS All Access Sets A Premiere Date For ‘The Stand’

Here’s some news that I know I’ve been waiting to hear – the CBS All Access remake of The Stand officially has an air date – Dec 17th is when it makes it big debut! The nine episode series will air on Thursday nights. King has written a new ending for the tale that reportedly […]

The love that I personally have felt for Mike Flanigan’s The Haunting Of Hill House is well documented at this point. Just a few days ago my HNR crew and I sat down and recorded a discussion on the second half of the season and we spent a nice chunk of time discussing the amazing […]

New Poster Teases The Battle Of The Century When ‘Godzilla Vs. Kong’

I think it’s fair to say that Godzilla Vs. Kong is among the most highly anticipated films of 2021 – and I don’t know about you, I’m finding it pretty damn cool that I’m going to be able to watch this bad boy on my big screen TV in my monster-themed man cave. Yep, this […]