Director Ron Bonk is a legend in the indie horror community and anytime he has a new release heading our way – it’s reason to sit up and take notice. So – let’s talk about House Shark.

We got a trailer – and it is full of Bonk’s trademark humor, and oh so much blood.   You know what – let’s have a look.

“You’re gonna need a bigger house! When Frank (Trey Harrison) finds his happy home under attack by a dangerous but largely unknown breed of shark, he’s enlists the aid of the world’s only “House Shark” Expert, Zachary (Michael Merchant), and a grizzled former real estate agent, Abraham (Wes Reid), to embark on a desperate quest to destroy the beast and claim back his life. It’s JAWS in a house! From writer/director Ron Bonk (“She Kills”, “Clay”).”

Looking forward to this one – it looks like a ton of fun and with the likes of Howard Gromero, Jonathan Straiton and Tim Ritter behind it – you know you’re going to laugh till you bleed.

They are eyeing an April release and as of right now – the only way to can lock in a copy is to CLICK HERE and nab a copy as a part of their INDIEGOGO campaign.   Lots of other goodies there as well – like a copy of this new key art – check it out and then click on over and grab yourself some stuff. 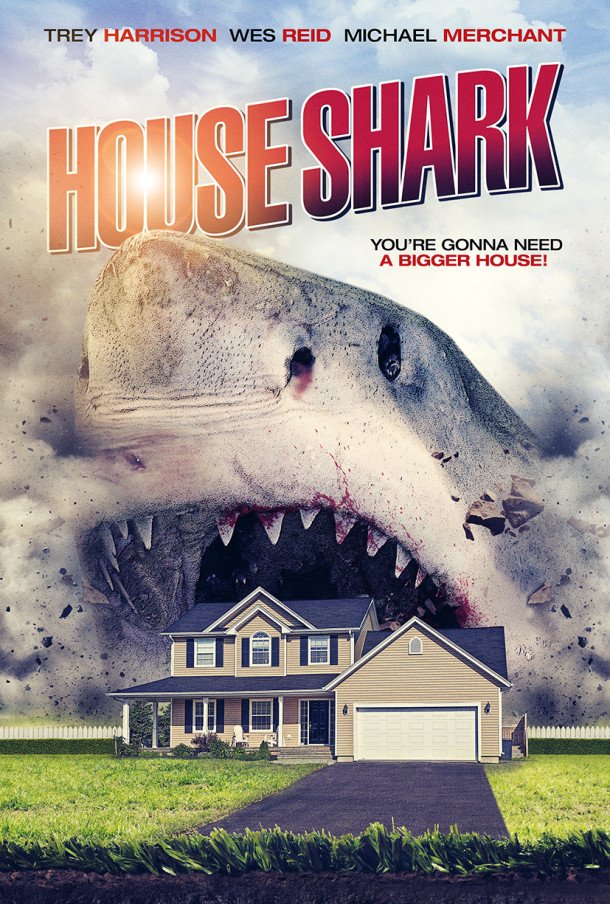 Milwaukee Twisted Dreams Film Festival has announced its lineup for this year and that, for the first time ever, it will present a completely virtual version. The festival, which proclaims that it features “the most Twisted Independent Films from around the world,” runs from October 1–4. Following is Twisted Dreams’ official press release: Twisted Dreams […]

No big secret for those of us whom horror flows through our veins – Netflix has been – and continues to be one of the prime destinations for kick ass original horror programming and now that the haunt season is upon us – all gloves are off.   With that in mind – Netflix has […]

Seemingly out of nowhere comes this trailer for the Summer horror release from STX Entertainment, THE BYE BYE MAN. The film, directed by Stacy Title, features Carrie-Anne Moss and Faye Dunaway. Douglas Smith, from Big Love and Vinyl, stars as Ellitot, who along with Jenna Kanell and Lucient Lavicscount must face off against the nightmarish […]