A couple of big news story broke as the weekend geared up and well – I thought you would want to know about them sooner than later so – here’s a “special report” if you will.

Big news for fans of Stephen King adaptations – the man who has been hitting his projects of the park of late – director Mike Flanagan – has signed on to once again bring the words of the horror master to life.   His work on Gerald’s Game was outstanding – as an uber-fan of King, I can tell you first hand, this man has a reverence for King’s words – and an ability to bring them to life in a fashion that no other director I’ve come across has been able to achieve.

With that in mind – the fact that Flanagan has come aboard to bring Doctor Sleep   – King’s sequel to his iconic tale of madness The Shining – well, exciting is not a strong enough word to express the joy of this news.

Flanagan is hard at work on a script rewrite and hopefully – this one will get in front of the camera in short order.   If you’re not familiar with the tale that Doctor Sleep weaves – here’s your story breakdown:

“On highways across America, a tribe of people called The True Knot travel in search of sustenance. They look harmless–mostly old, lots of polyester, and married to their RVs. But as Dan Torrance knows, and tween Abra Stone learns, The True Knot are quasi-immortal, living off the “steam” that children with the “shining” produce when they are slowly tortured to death.

Haunted by the inhabitants of the Overlook Hotel where he spent one horrific childhood year, Dan has been drifting for decades, desperate to shed his father’s legacy of despair, alcoholism, and violence. Finally, he settles in a New Hampshire town, an AA community that sustains him, and a job at a nursing home where his remnant “shining” power provides the crucial final comfort to the dying. Aided by a prescient cat, he becomes “Doctor Sleep.”

Then Dan meets the evanescent Abra Stone, and it is her spectacular gift, the brightest shining ever seen, that reignites Dan’s own demons and summons him to a battle for Abra’s soul and survival. This is an epic war between good and evil, a gory, glorious story that will thrill the millions of hyper-devoted readers of The Shining and wildly satisfy anyone new to the territory of this icon in the King canon.”

Trust me – you’ll be hearing much, much more on this one soon. 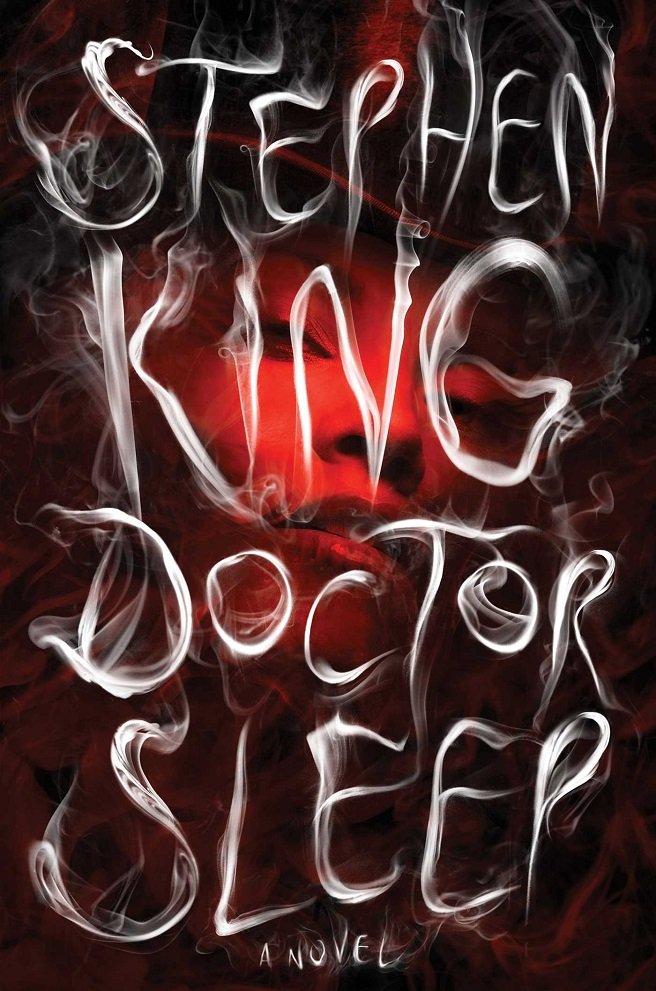 Director Ted Geoghegan made some serious noise a while back with ‘We Are Still Here’ – a far better then average haunted house flick and we’ve all been kind of waiting patiently to see what Mr. Geoghegan might next have in store.   Have to admit – a historical revenge/horror flick was not where I thought he would go but – regardless, that’s exactly what we’re going to get with Mohawk.   A new trailer just rolled out – time to give it a once over.

The official synopsis – short and sweet as it is:

“Set in 1814, Geoghegan’s film concerns two Mohawk warriors and their British lover who are pursued by murderous American military renegades hellbent on revenge.”

I’m kind of digging the directors take on the action though. “Mohawk is an angry, breakneck chase through the forests of Colonial America – and a pursuit that gets stranger and stranger as it goes on.”

Hitting on all the platforms on March 2nd – Grady Hendrix. The film stars Eamon Farren, Kaniehtiio Horn, Jonathan Huber, Justin Rain, Ezra Buzzington, Ian Colletti, Noah Segan, Robert Longstreet, and Sherri Foster are all in on the hunt.   Got some new artwork for you as well – Check it! 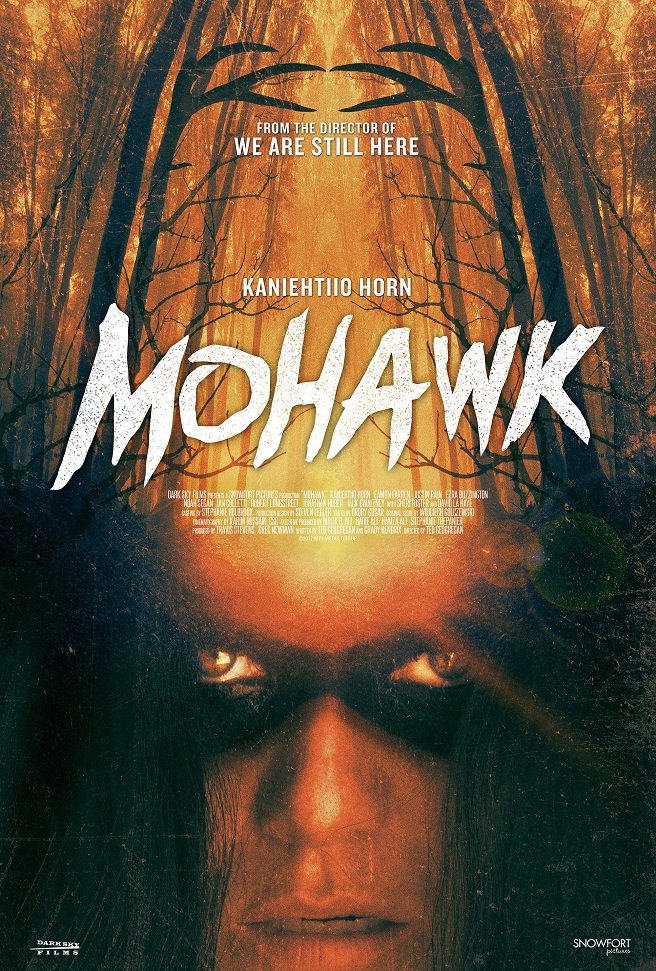 John Gulager’s ‘Children Of The Corn: Runaway’ Gets A Trailer

I’m a big fan of director John Gulager – he won me over years ago when he was making FEAST for Project Greenlight and his odd, sick, twisted sense of humor and horror just intrigues me so – when I heard he was on deck for a Children of the Corn flick, well – to call me curious would be accurate.

We’ve got a trailer finally – judge for yourself:

It’s hard to believe that the first Children of the Corn film debut in 1984 and launched the career of Linda Hamilton and here we are 34 years later – still talking about the 9th chapter in a film franchise the defies explanaton.   Actually – if you count the made for TV remake – Runaway is the 10th chapter.

COTC: Runaway will take us on the journey of:

“a young pregnant woman named Ruth who escapes a murderous child cult in a small Midwestern town. She then spends the next decade living anonymously in an attempt to spare her son the horrors that she experienced as a child. She lands in the small Oklahoma town…but something is following her. Now, she must confront this evil or lose her child.”

This one’s been hanging around for a few years but – they got it done and Lionsgate will be sending it to Blu-ray, DVD and VOD on March 13th. 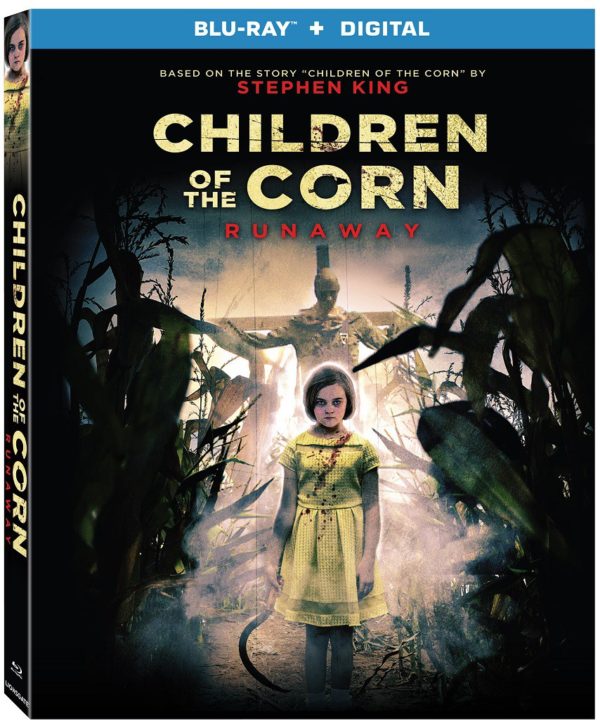 There’s A Storm Brewing In The Latest Trailer For ‘Clownado’

My love for the work of director Todd Sheets is well documented here at Gruesome Magazine and Horror News Radio. I loved Bonehill Road – so much so that I […]

Found Footage Takes A Terrifying Turn Because ‘They’re Inside’

Seems like it’s been a while since I talked about a found footage film. That can be a good thing or a bad thing depending on how you look at […]