Been a busy week for horror news so, let’s dive into the headlines that you need to know.   Strap in!

It looks like we have our first sleeper hit of the year may have landed.   Titled Hereditary, it had its official rollout this week at Sundance and man – did the critics go crazy.   A sampling of what those who have seen have had to say:

The Verge kicks off the lovefest claiming it to be “pants-wetting scary” as well as   telling us that “Aster’s story about a haunted family and a mysterious legacy is packed with jump-scares, but it also builds up the kind of slow-burn, nearly unbearable tension that can leave an entire theater holding their collective breath.”

High praise indeed!   Don’t want to believe The Verge?   USA Today got a look and proclaimed-   “the most insane horror movie in years…  If you’d ever like to sleep again, then you should probably steer clear of A24’s latest horror offering.”

Wow – don’t know about you but I need to see this baby now!

“When Ellen, the matriarch of the Graham family, passes away, her daughter’s family begins to unravel cryptic and increasingly terrifying secrets about their ancestry. The more they discover, the more they find themselves trying to outrun the sinister fate they seem to have inherited.”

Toni Collette stars   – Ari Aster directs – A24 is handling distribution. No word on a roll out date, no trailer yet but – we do have some key art, that’s going to have to do for now. 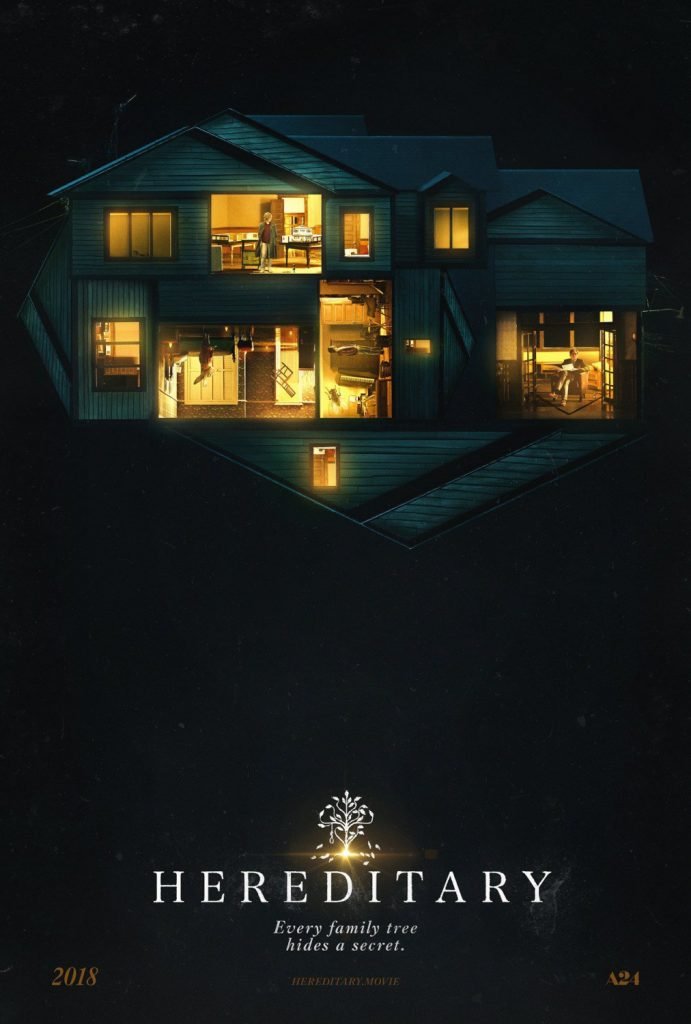 Joe Bob And Shudder Want To Bring ‘Monstervison’ Back To Life

A staple of my younger years was USA Networks ‘Up All Night’ and TNT’s ‘Monstervision’ – The later was hosted by the one and only Joe Bob Briggs and the show as about as good as it got for fans of drive in cinema, B-horror films and just all around stupid fun.   Joe Bob became the host in the mid-90’s and rode that horse all the way to its final episode in July of 2000 when TNT cut it loose.   Since then the show has gone on to become the stuff of legend with several generations now never knowing the experience of spending a Saturday night in front of the TV with Joe Bob spreading the horror gospel.   Good news is – that may be about to change.   Shudder – the kick-ass horror streaming service is considering giving Monstervision a new home and damn – would that be fine our what.

Appears there’s a campaign afoot to make it all happen.   Joe Bob explains in a tweet:

“The Shudder network says they might revive some version of MonsterVision if we get enough video testimonials,” Briggs tweeted. “Weird, right? You can send them to joebob@joebobbriggs.com, but my position remains: The show was cancelled, so NOW THE PEOPLE MUST SUFFER.”

So, get out those smart devices and film yourself begging, pleading, crying for Shudder to bring Monstervision back to us.   Shudder would be the perfect place for this one-time horror staple to make its triumphant return so – it appears we have it within our power to make it so – so let’s do it!   Get those videos in!

The monsters are back, the giant robots are back, some of the stars from the original are back – hell it’s Pacific Rim time again!   March 23rd is when the monster sized sequel hits theaters – starring  John Boyega, Scott Eastwood, Jing Tian, Cailee Spaeny, Rinko Kikuchi, Burn Gorman, Adria Arjona and Charlie Day – it looks like fun for the whole family.   The trailer:

“The globe-spanning conflict between otherworldly monsters of mass destruction and the human-piloted super-machines built to vanquish them was only a prelude to the all-out assault on humanity in Pacific Rim Uprising.

John Boyega (Star Wars: The Force Awakens) stars as the rebellious Jake Pentecost, a once-promising Jaeger pilot whose legendary father gave his life to secure humanity’s victory against the monstrous “Kaiju.”   Jake has since abandoned his training only to become caught up in a criminal underworld.   But when an even more unstoppable threat is unleashed to tear through our cities and bring the world to its knees, he is given one last chance to live up to his father’s legacy by his estranged sister, Mako Mori (Rinko Kikuchi)–who is leading a brave new generation of pilots that have grown up in the shadow of war.   As they seek justice for the fallen, their only hope is to unite together in a global uprising against the forces of extinction.

Jake is joined by gifted rival pilot Lambert (The Fate of the Furious’ Scott Eastwood) and 15-year-old Jaeger hacker Amara (newcomer Cailee Spaeny), as the heroes of the PPDC become the only family he has left.   Rising up to become the most powerful defense force to ever walk the earth, they will set course for a spectacular all-new adventure on a towering scale.” 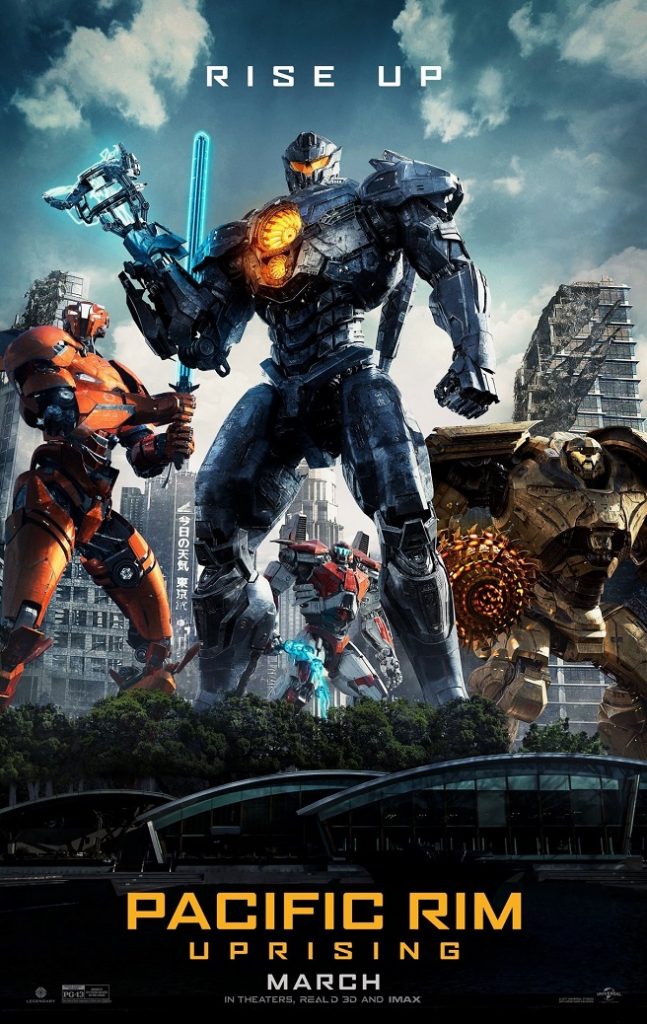 As become the norm with anything surrounding the Cloverfield films – rumor and speculation have been running rampant with God Particle – the long-rumored third chapter in this decade-spanning franchise.   Talk of an impending release of God Particle has been swirling for months – years maybe – with most of us expecting a theatrical roll out sometime this spring.   Problem is, we’ve seen no trailer, we’ve seen no stills – nothing, just nothing.

We do have a synopsis that is believed to be accurate:

“A team of astronauts aboard the International Space Station suddenly find themselves alone in space when the Earth suddenly vanishes following an experiment gone awry. However, the arrival of a unknown space shuttle leads the team to a horrific discovery.”

Originally we were told a Feb. release was planned – that got pushed to April but now rumors have surfaced that Netflix has made a play to have the film debut on their streaming network.   Touche Netflix!

Although at this time being pegged only as a “strong rumor” it’s sounding as if a lot of folks in the know are thinking this is going to happen.

Sounds good to me – much like you I’m thinking, I just want to see this bad boy!   Make it happen Netflix! 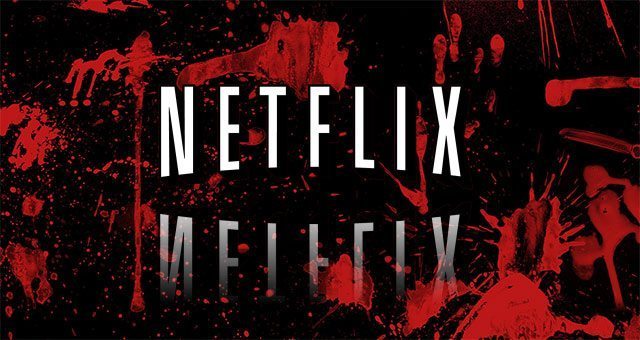 Paranormal investigator and star of TV’s Ghost Adventures Zak Bagans is making his first foray into the world of feature films with his documentary Demon House.   He made a lot of people stand up and take notice when he bought the notorious house a while back – and no one knew what he was up too or why he would want to own such a notoriously evil location.   Now we know – to make a movie.

Freestyle Digital Media is bringing this one to the many fans of Mr. Bagans and his work on March 16th when it hits theaters, VOD, and digital platforms all on the same day.   Here’s the synopsis that the press release provides:

“As mass hysteria breaks-out over an alleged demonic possession in an Indiana home, referred to as a “Portal to Hell,” “Ghost Adventures” host and paranormal investigator Zak Bagans buys the house, sight unseen, over the phone. He and his crew then become the next victims of the most documented case of demonic possession in US history…the “house of 200 demons.”

No trailer yet but we do have the key art – check it out! 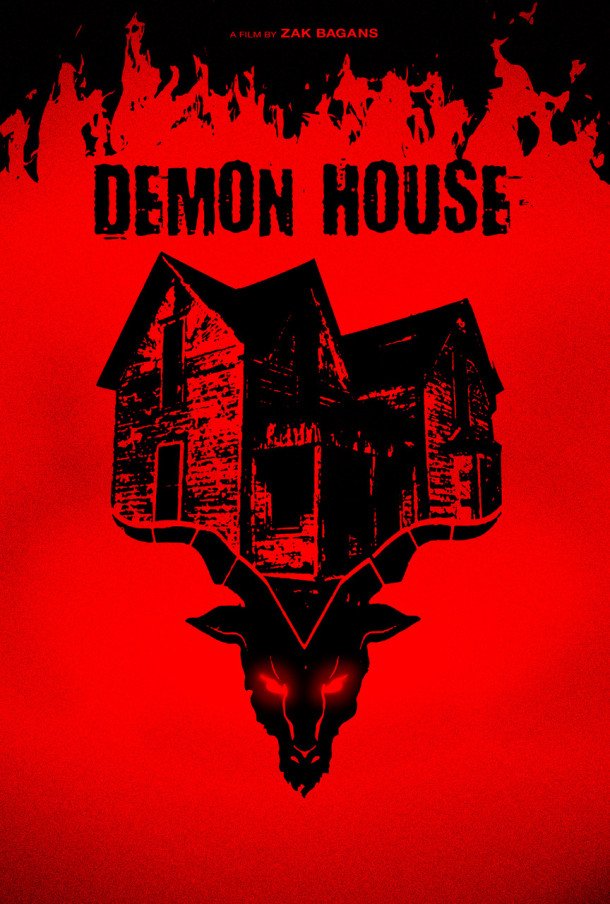 Hard to believe that the amazing horror comedy What We Do In The Shadows came out 4 years ago – but it did and fans have been clamoring for more ever since.   It appears the folks at FX have been listening as they have gone and ordered a pilot for a half-hour series that would feature our favorite bloodsucking roommates.

Jemaine Clement and Taika Waititi are on board as exec. producers with Waititi directing and Clement handling writing chores.

Kayvan Novak, Matt Berry, Natasia Demetriou and Harvey Guillen have been cast in the pilot.
Have to admit – a half hour series about the life and times of these undead roommates sounds good and with the creative team in place – this one just might work. Updates as production ramps up. 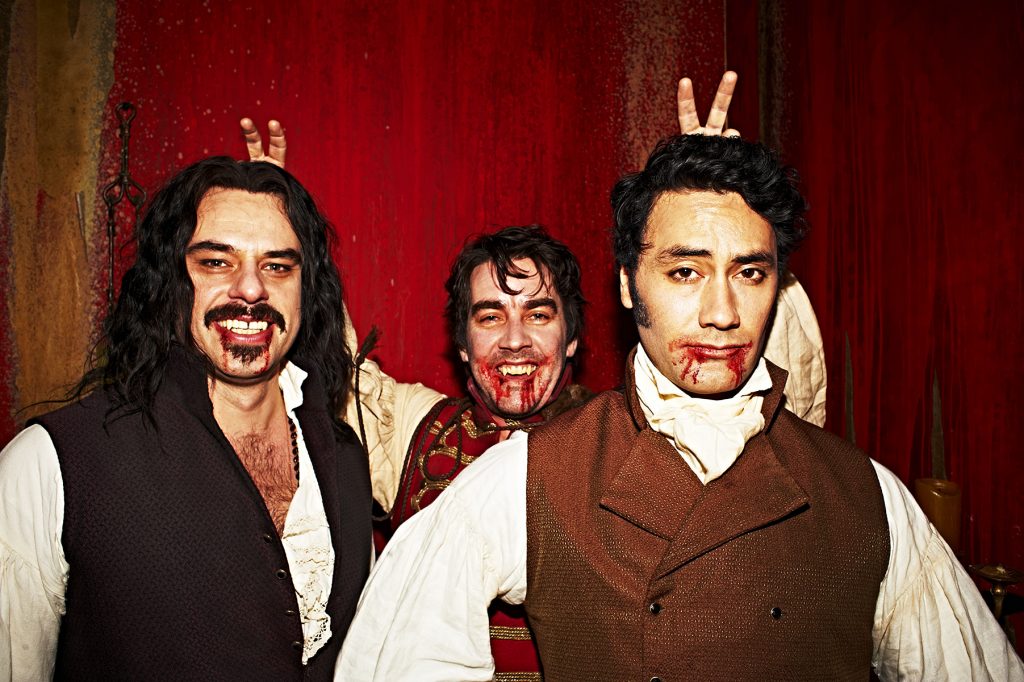 Two names that should not be foreign to any true horror fan – Barbara Crampton and Larry Fessenden, both icons in their own right, and next month they both share the same screen in Jakob’s Wife – and you guessed it, we’ve got a trailer to share. Yeah – that’s right – looks like a […]

Stump The Saint — Horror News Radio’s weekly game show in which the listeners guide Thomas Mariani  to the trivia questions poised to stump Santos “The Black Saint” Ellin Jr. Despite his love of trivia, Santos is capable of being stumped on a weekly basis! As to where the audience comes in to Stump The […]

South Korea’s Bucheon International Fantastic Film Festival (BIFAN), Asia’s largest genre film fest, once again served up more than 200 films from around the globe this summer. Between July 12 and 22, the fest offered horror, science fiction, dark comedy, fantasy, thriller, and other movies. This article looks at three of the offerings, along with […]