Ready for your horror news update?   Been a few days and there have been some happenings in the gruesome world of horror so let’s get right to it.

If Blumhouse Has Their Way – The Worlds Of Insidious And Sinister May Become One.

Yeah – you’re reading that headline right.   Jason Blum – while talking to CinePOP – let the news spill that if he has his way, two of the horror houses franchises may join hands.   The quote when asked if such a marriage was in the works:

“I hope so! I want to. We almost did (a crossover between) INSIDIOUS and SINISTER, and I still feel like we might do that. So, I think so. I think we’re going to cross our worlds at some point. I don’t know how yet, but we’re gonna try.”

If they were going to make this happen – now might be a perfect time.   Insidious: The Last Key is doing well at the international box office and horror is hot as it’s ever been. If you’re interested, check out the entire interview with CinePOP below.   He also states that he would love to get his hands on a chapter in the Friday the 13th saga.   Give a listen, it’s a good one!

Critters Set To Invade Earth Again And Your TV Is Not Going To Know What Hit it.

1986 was when Critters originally hit theaters.   32 freaking years ago – the film spawned three more chapters and now comes word, all these years later, that a TV series is in the works.   Titled Critters: A New Binge – the show has been ordered by Verizon’s Go90.   We’ve even got a synopsis:

“The critters return to Earth in search of one of their kin, who was left behind years ago during an earlier mission. They land in Burbank, Calif., where they wreak havoc on a group of high schoolers and their families.”

Jordan Rubin directs and he’s bringing some of his Zombeavers crew along for the trip, Jon Kaplan and Al Kaplan also are in on the action. 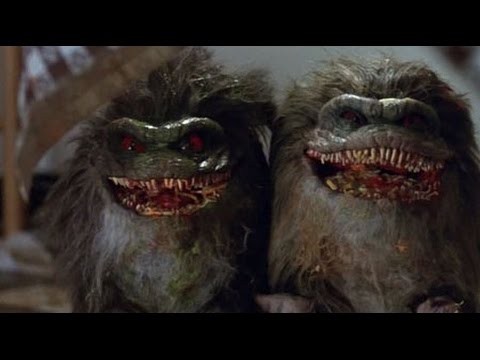 Can’t give you any solid info but – I can lay a kick-ass trailer on you.   Talking about the upcoming horror flick ‘Summer of ’84’ here’s your synopsis:

“Every serial killer is somebody’s neighbor. For 15-year-old Davey, the thought of having a serial killer in his suburban town is a scary yet exciting prospect at the start of a lazy summer. In hormonal overdrive, Davey and his friends dream of sexual conquests until the news reports of the Cape May killer. Davey convinces his friends that they must investigate, and they uncover that his next-door neighbor, an unassuming, single police officer, could be the prime suspect. Could Davey possibly be right, or is it his overactive imagination?

Writing and directing trio FranÃ§ois Simar, Anouk Whissell, and Yoann-Karl Whissell (Turbo Kid, 2015 Sundance Film Festival) return to Midnight with this eerily resonant coming-of-age horror flick. The throwback synth score injects the tone with fun, thrills, and an escalating danger that ultimately tracks Davey’s loss of innocence. Indeed, the ’80s setting is less about the nostalgia hard-on than an essential parallel of that Reagan-era American fear that we are not as safe as we think.”

Ready for the tease?

Hoping to have some release info for you soon.

Another film to add to the “never thought we would see a TV show of that” list – Gareth Edwards directed this low budget alien-ish thriller back in 2010 and of course has gone on to bigger and better things since – I’m assuming you’ll remember his take on Godzilla and of course his foray into the Star Wars universe with Rogue One.   Monsters was his first feature and now it appears as if it will be the first of his to be adapted to a series format.   Already in development for UK audiences – the folks behind the show are pushing hard for US distribution via something like Netflix, Amazon Prime – you know how these things work there days.

It is also being reported that Edwards would like be involved in some capacity.

So, what do you think?   You remember the flick?   How about it’s sequel?   Any interest in this at all?   Lots of questions, very little answers.   Check back – if any update comes in, I’ll toss it your way. 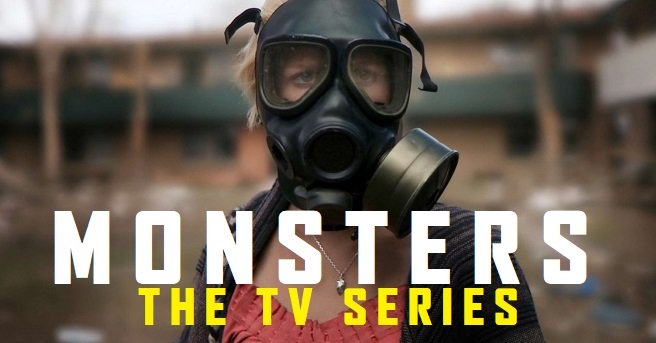 WEEDJIES! HALLOWEED NIGHT First Feature from “DEADLY TEN” Anthology Releasing October 21, 2019 Full Moon will premiere the rowdy monster comedy WEEDJIES! HALLOWEED NIGHT by Director Danny Draven on October 21, 2019. This is the first feature film to be released from the highly anticipated DEADLY TEN anthology and will be available exclusively on the […]

Stump The Saint — Horror News Radio’s weekly game show in which the listeners guide Thomas Mariani  to the trivia questions poised to stump Santos “The Black Saint” Ellin Jr. Despite his love of trivia, Santos is capable of being stumped on a weekly basis! As to where the audience comes in to Stump The […]

The Women in Horror Film Festival announces its celebrity guest for its February 2020 festival in Atlanta, Georgia. Festival director, Vanessa Wright, welcomes two A Nightmare on Elm Street fan favorites: Heather Langenkamp and Amanda Wyss. In addition, Heather Langenkamp will be screening her horror short Washed Away. The Grue-Crew are excited to be checking […]