It’s been 32 years since the second chapter in the genre defining Nightmare on Elm Street franchise debuted.   I clearly remember the uproar that quickly followed the films release and the open hatred that was targeted at the film.   In the upcoming documentary Scream, Queen! My Nightmare on Elm Street – the films lead actor – Mark Patton speaks out about how that adverse fan reaction affected him and the price he paid for being an openly gay actor in a world full of prejudice and   hatred.

“A documentary film focusing on the gay experience in Hollywood horror,  Scream, Queen! My Nightmare On Elm Street  explores how that experience has changed in the three decades since Mark Patton’s controversial portrayal of Jesse Walsh, the object of Freddy Krueger’s latent desire in Nightmare on Elm Street 2.  Scream, Queen!  examines the infamous homoerotic subtext and the special place the film holds in the Nightmare franchise as well as the gay film canon. Partly in thanks to evolving social mores, Nightmare on Elm Street 2 — which was considered controversial at the time of its release — is now being looked back upon with a new appreciation and fondness by horror aficionados and fans of the series.

Thirty years later, join Mark as he asks what all the fuss was about when teenager Jesse Walsh danced  just a little too freely and screamed a little too loudly while running from everybody’s favorite crispy, wise-cracking villain. Scream, Queen! features interviews with celebrities, film historians and fans to bring a deeper understanding of the social and political climate back when the film was released in 1985, as well as the positive and negative reactions it received — and how those reactions compare to the reactions of today’s audiences.”

A teaser trailer and some key art have appeared:

No release info to send you way just yet so for now – the poster art is going to have tide you over.   Check back for updates. 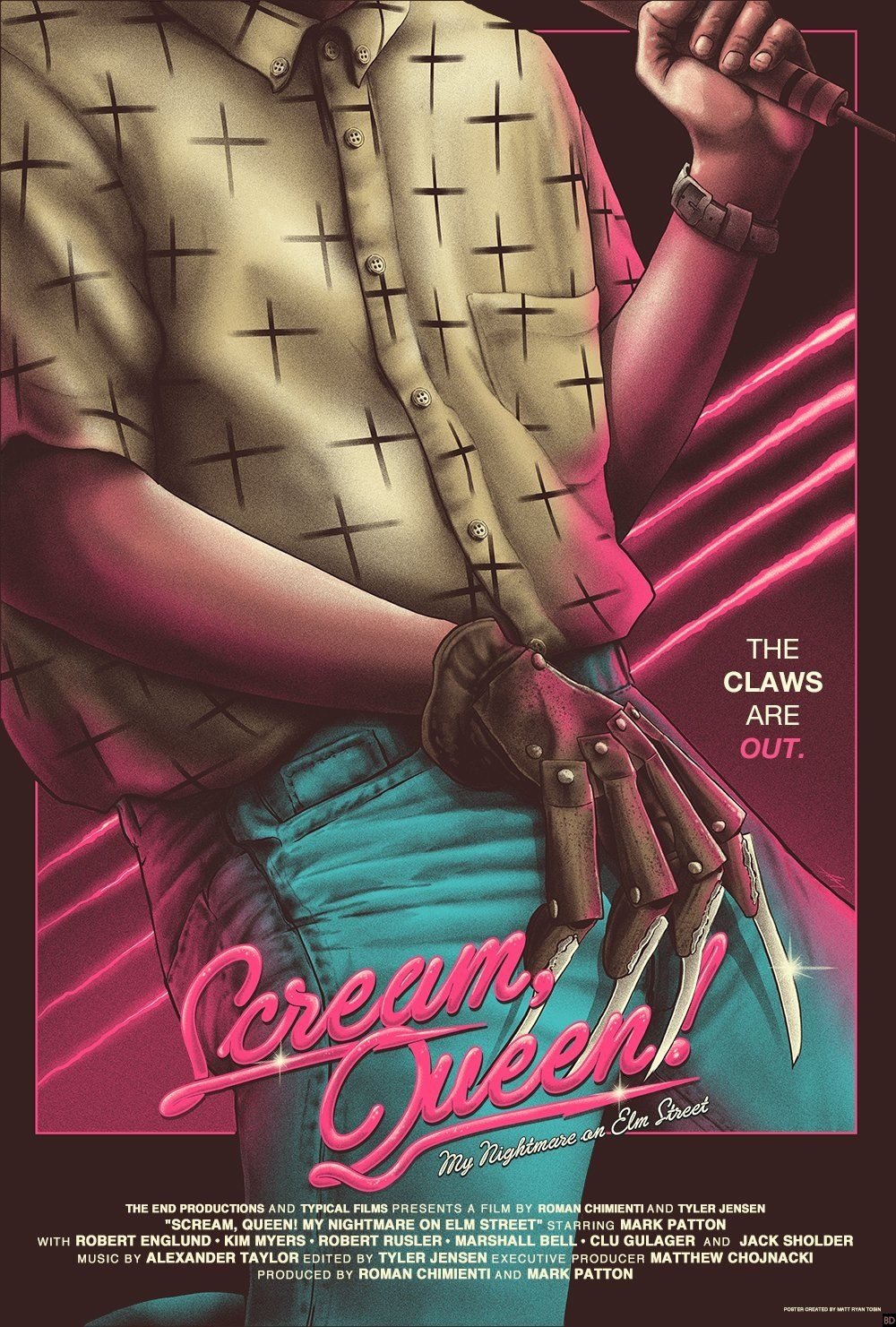 The final trailer for Godzilla: King Of The Monsters just hit and it’s a doozy. Not going to waste time talking, soak this baby in! Not much else to say about this one, not going to run over all the stuff we’ve already told you a hundred times. Hit replay a few times, revel in […]

The official trailer for writer/director Osgood Perkins’ The Blackcoat’s Daughter is out, and boy does it look creepy. Originally title February, the trailer evokes that wintery month, with its muted colors and snowscapes. It is the tale of two girls (Lucy Boynton and Kiernan Shipka) stuck at an empty prep school during winter break and, […]

Howdy, folks! It’s your ol’ buddy Chad again! Your Gruesome poster boy for, well, posters, boys! And I’m here to do some public service. Do you find yourself walking in the opposite direction if a black cat crosses your path? Are you afraid of stepping on a crack in the pavement for fear of breaking […]