One of the bigger horror hits at the box office this year so far has been Annabelle: Creation.   Yes, that’s right – there have been other horror films released this year other than IT.   The folks at Warner Brothers have let loose with all the info on the films assault on home video – from the press release:

“Your favorite creepy doll is back when “Annabelle: Creation” arrives onto Blu-ray Combo Pack, DVD and Digital. From New Line Cinema comes “Annabelle: Creation,” with David F. Sandberg (“Lights Out”) helming the follow up to 2014’s hugely successful “Annabelle,” which scared up nearly $257 million at the worldwide box office during its run in theaters. The new film is once again being produced by Peter Safran and James Wan, who previously partnered on “The Conjuring” hit movies.

Additionally, all of the special features, including interviews with filmmakers, new original shorts, featurettes, and deleted scenes, can be experienced in an entirely new, dynamic and immersive manner on tablets and mobile phones using the Warner Bros. Movies All Access App, available for both iOS and Android devices. When a Combo Pack is purchased and the digital movie is redeemed, or the digital movie is purchased from an UltraViolet retailer, the Warner Bros. Movies All Access App allows users to watch the movie and simultaneously experience synchronized content related to any scene, simply by rotating their device. Synchronized content is presented on the same screen while the movie is playing, thus enabling users to quickly learn more about any scene, such as actor biographies, scene locations, fun trivia, or image galleries. Also, users can share movie clips with friends on social media and experience other immersive content. The Movies All Access app is available for download on the iTunes App Store and Google Play Store.

The Blu-ray discs of “Annabelle: Creation” will feature a Dolby Atmos ® soundtrack remixed specifically for the home theater environment to place and move audio anywhere in the room, including overhead. To experience Dolby Atmos at home, a Dolby Atmos enabled AV receiver and additional speakers are required, or a Dolby Atmos enabled sound bar; however, Dolby Atmos soundtracks are also fully backward compatible with traditional audio configurations and legacy home entertainment equipment.

In “Annabelle: Creation,” several years after the tragic death of their young daughter, a doll maker and his wife welcome a nun and several girls from a shut-down orphanage into their home.   They soon become the target of the doll maker’s possessed creation, Annabelle.

On October 20, “Annabelle: Creation” will be available to own for streaming and download to watch anywhere in high definition and standard definition on favorite devices from select digital retailers including Amazon, CinemaNow, FandangoNow, iTunes, PlayStation, Vudu, Xbox and others. On October 24, “Annabelle: Creation” will be made available digitally on Video On Demand services from cable and satellite providers, and on select gaming consoles.” 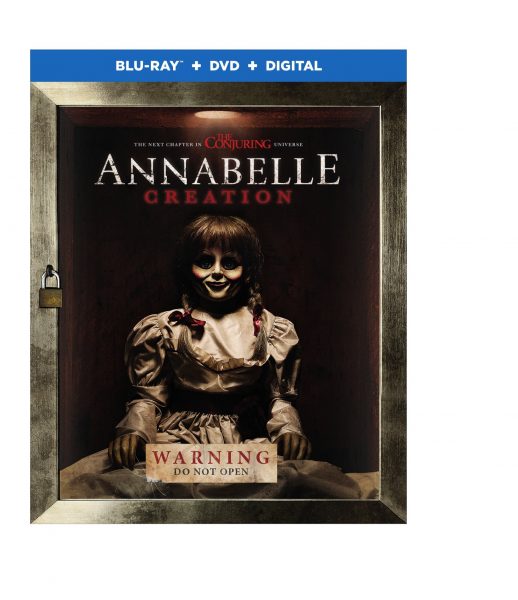 One thing that this horror fan has never spent any money on is horror themed shoes but – as they say – there’s a first time for everything. Check out these fantastic Universal Monster themed shoes! So – how can you get a pair of these badass sneakers on your feet? Here are all the […]

The Trailer For ‘The Dark And The Wicked’ Looks Well, Dark And Wicked

The tag team of RLJE Films and Shudder have been bringing us some pretty kick ass content of late – and from the looks of this trailer I’m about to show you – that trend is not going to end anytime soon. The latest release from the two is something titled The Dark And The […]

A few weeks back I gave you the heads up about a new Bigfoot flick heading our way – excited about the fact that Robert Kurtzman had signed on to handle SFX. Today I’m pleased to show you why. Check out his fantastic creature design for the feature creature in No Man’s Ridge. Eric Red […]