Seth Breedlove and his band of merry monster hunters over at Small Town Monsters have become a paranormal documentary making machine – they’ve searched for Bigfoot a couple of times now – they investigated the Mothman and now they are going to head on over to Pennsylvania to look at all the strange happenings that occur around an area known as Chestnut Ridge.   Invasion On Chestnut Ridge is the name of the new project and it’s coming our way very soon.

Oct. 20th is the date you want to remember for this one.   Let’s take a look at the trailer:

“A new film documenting the creepy history of “one of America’s most bizarre places” is coming this October 20th. The film is titled Invasion on Chestnut Ridge and it examines decades of unusual reports from the ridge, located in Southwestern Pennsylvania. From UFO’s to Bigfoot to prehistoric birds, orbs, Dogman and all stops in between, the documentary charts some of the weirdest cases on record. “Invasion” is the latest paranormal documentary from Small Town Monsters, who recently made waves with their films, Boggy Creek Monster and The Mothman of Point Pleasant. Both of those projects have been picked up for wide release through Terror Films later this year. Invasion on Chestnut Ridge begins with the Kecksburg UFO Incident, wherein a tiny town in Pennsylvania bore witness to a large, metallic object streaking from the heavens and crashing to earth. While that event is the most famous covered in the film, it’s just the tip of the paranormal iceberg that is the Chestnut Ridge. The trailer shows UFOs streaking across the skies, Bigfoot creatures (illustrated by STM stalwarts, Brandon Scalf, Chris Scalf and Matt Harris) lumbering across open fields, unusually large birds soaring overhead and a mysteriously spooky light exiting this plane through a hole that opens seemingly into another dimension. The film is said to be heavily influenced by director Seth Breedlove’s love for 1970s and 80s documentaries and tv shows such as In Search of… and heavily infused with an 80s horror aesthetic. The film is co-written by Seth and Mark Matzke (who also narrates) with cinematography by Zac Palmisano and an original score by Brandon Dalo. It also features a retro-tinged poster by Sam Shearon. “Invasion” will be available on Amazon and Vimeo OnDemand on October 20th and is available now for DVD pre-order through shop.smalltownmonsters.com. The film will have it’s world premiere at Creature Weekend 2017, a cryptid-themed conference in Cambridge, OH on October 21st, and will also see a West Coast premiere on the same day at the Balboa Theater in San Francisco, CA during their Space Visitors Film Festival. It will play one week later, on October 28th at the Canton Palace Theatre in Canton, OH alongside the previous STM production, The Mothman of Point Pleasant.”

If you want even more info on Inavsion On Chestnut Ridge or any of Small Town Monsters other projects – and I highly reccomend them all – CLICK HERE. 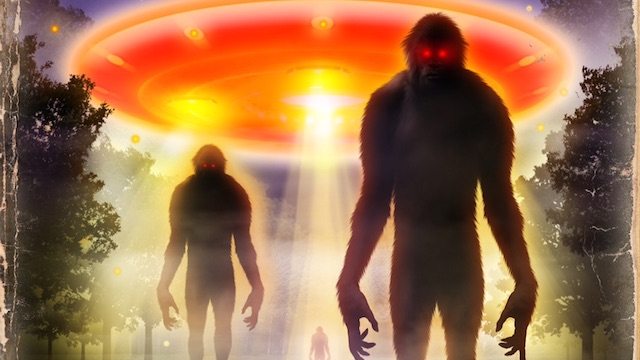 Oct. 12th will see the release of the latest spookfest from Lionsgate.   Starring Bella Thorne – I Still See You the flick is being billed as a post apocolyptic […]

Whannell and Blumhouse to package UPGRADE as a TV Series

In June 2018, the Grue-Crew enjoyed the hell out of Blumhouse and Leigh Whannell’s UPGRADE theatrical film. Directed by Whannell and starring Logan Marchsall-Green, the sci-fi/horror genre mash-up took home […]

Any flick directed by Sam Raimi is going to grab my attention – and I’m thinking the same holds true for many of you as well. Raimi has been saying […]