Dave Dreher dives into Doc Rotten territory for a review of the found-footage epic horror tale The Monster Project (2017). Director  Victor Mathieu weaves a tale of a group of “youtube” paranormal film makers looking to interview a real vampire, a real shape-shifter, and a real possessed person (ala The Ring). What they get instead is a night of terror, mayhem, and bloodshed – and a twist or two. Dave lets us know what he thought of the monsters, the directions, and the glorious effects. Check out his review below.

When aspiring horror filmmakers post an online casting call looking for “real life” monsters to interview for their upcoming documentary called, The Monster Project, they find three individuals claiming to be a skin-walker, a vampire, and a demon. Meeting these monsters at a remote mansion in the woods on the night of a total lunar eclipse, the filmmakers invite the three subjects to share their haunting, personal experiences. Working on the crew is a recovering drug addict who suffers withdrawal and paranoia. As a person of faith, he fears his friends underestimate the dark powers they are summoning. When the interviews turn deadly, he must battle the demons, inside and out, to escape the house and defeat the rise of evil incarnate. 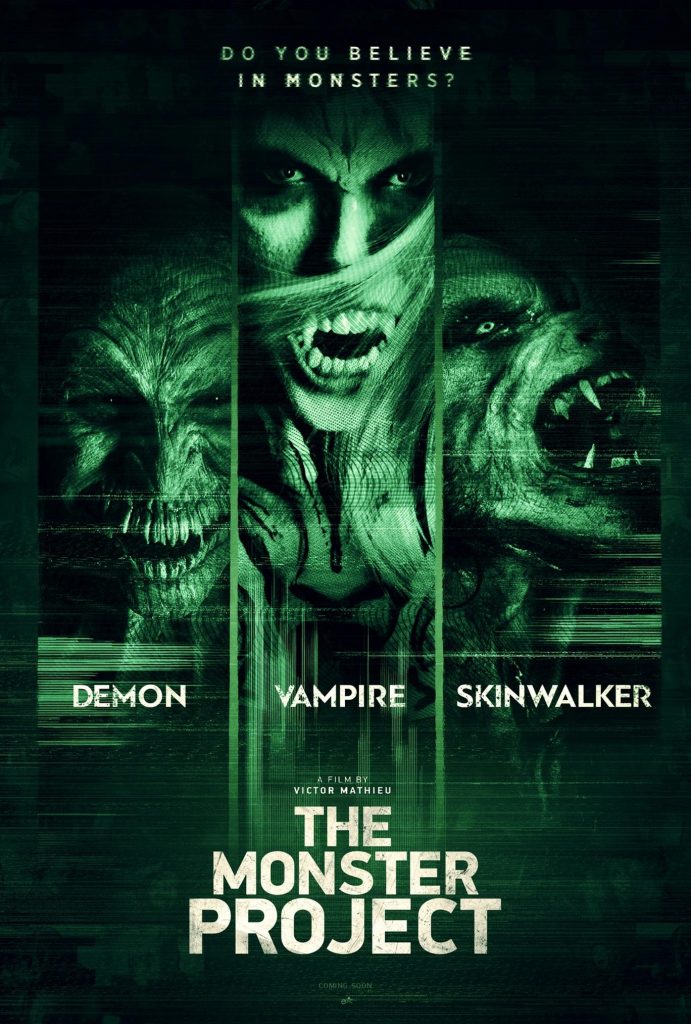 “The Covenant” (2017) : You too will sell your soul to escape seeing this film

Why is that Horror, of all the genres that benefited from digital cinema’s low cost film-making revolution, has been the most inundated with poorly-made films? It’s a question that has more than one answer but none of those answers relieve the frustration felt when trying to get through one of these types of films. No […]

“Hidden Daylight” (2016): Desperation and Deception Make for a Deadly Combination

A man desperate to find his missing wife turns to a blind psychic in director Adrienne Lovette’s fascinating short chiller Hidden Daylight. The film examines guilt, deception, and more – let’s save some surprises for first-time viewers – in a wonderfully crafted piece. A businessman (David Rey) pays a blind psychic (John Rice, who also […]

Chile/Argentina coproduction Apps is a horror anthology based around smartphone apps. Its segments are much like apps in that some work well while others are disappointing.  After the first segment of the good-looking but rather lackluster wraparound “Date Freak,” the film kicks into high gear with director Jose Miguel Zuniga’s “Eye Wolf,” in which female […]