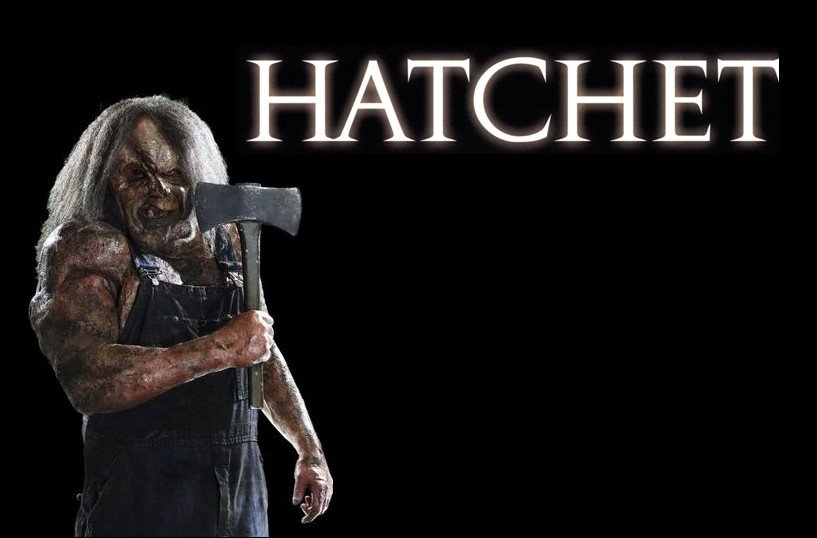 In this age of instant information – keeping anything secret is a huge accomplishment, and to keep it under wraps for 2 years is damn near unheard of but – director Adam Green managed just that.   With the 10 year anniversary of his slice and dice slasher flick HATCHET upon us – celebration screenings and fan gatherings were announced and last night was the big event.

When fans showed up for what they thought was going to be a revisit of the original film – they got a brand new flick – a new chapter in the franchise – they got Victor Crowley!

Green and his cohorts had been secretly working on the new chapter in the fan favorite franchise for the last few years – let the blood flow I say!

Dark Sky Films is going to waste no time in getting Victor Crowley out to the fans – a press release showed up last night – it lays it all out:

“Set a decade after the events of the series’ first three films,  VICTOR CROWLEY reunites
Hatchet mainstays  Kane Hodder (Friday the 13th 7 -X’s Jason Voorhees) and  Parry Shen (
Better Luck Tomorrow) for an all-new, horrifying journey into the haunted, blood-drenched bayou.
In 2007, forty-nine people were brutally torn to pieces in Louisiana’s Honey Island Swamp.  Over the past decade, lone survivor Andrew Yong’s claims that local legend Victor Crowley was responsible for the horrific massacre have been met with great controversy, but when a twist of fate puts him back at the scene of the tragedy, Crowley is mistakenly resurrected and Yong must face the bloodthirsty ghost from his past.
VICTOR CROWLEY’s ensemble cast also features  Laura Ortiz (2006’s  The Hills Have Eyes),
Dave Sheridan (Scary Movie), and  Brian Quinn (truTV’s “Impractical Jokers”). Writer/director
Adam Green proudly returns to the director’s chair of his series that, upon debuting in 2007, was energetically touted as a return to “old school American horror,” and whose maniacal fan-favorite villain quickly secured a place among slasher royalty.
Says Green, “I couldn’t be happier to partner with Dark Sky Films and bring Victor Crowley back to horror fans around the world. Resurrecting the series for its tenth anniversary was our way of saying thank you to everyone in The Hatchet Army and beyond who have supported this series since its inception. This bloodbath is for all of you.”
VICTOR CROWLEY will hit select U.S. theaters in  October 2017 as part of Dark Sky Films’
“Victor Crowley Road Show”, wherein writer/director Adam Green (and other cast) will travel with and introduce the film at special one-night screening events across America. Internationally, the film is slated to bow at festivals worldwide – it will receive its international premiere this Saturday, August 26th at FrightFest in London, England. Adam Green and Kane Hodder will be in attendance for the gala screening.”
So – SURPRISE!   Pretty damn crafty of you Mr. Green, pretty damn crafty!

Blumhouse continues to make a significant mark in the future of horror cinema. DEADLINE recently announced that the production company has signed Issa Lopez (director of TIGERS ARE NOT AFRAID) to adapt and direct the upcoming supernatural film, OUR LADY OF TEARS. The film will be based on the Epic magazine article “The Haunting of […]

Stump The Saint  — Horror News Radio’s weekly game show in which the listeners guide Thomas Mariani  to the trivia questions poised to stump Santos “The Black Saint” Ellin Jr. Despite his love of trivia, Santos is capable of being stumped on a weekly basis! As to where the audience comes in to  Stump The […]