The debut feature from director Mathieu Ratthe, The Gracefield Incident, spins a thrilling genre mash-up between Cabin in the Woods and many alien invasion films all told within a found footage motif. Ratthe also produces the film and stars in its lead role of Matthew as with the talented Kimberly Laferriere as his co-star in the role of his wife Jessica. The story is straightforward following a small group of friends staying at a remote cabin for a getaway weekend when a meteor crashes nearby. Ratthe is often successful in capturing tense, nerve-wracking moments in The Gracefield Incident while struggling to navigate some of the more confining trappings of the found footage technique. The film rises above its often mundane dialog and story beats when the story focuses on one or two characters at a time, such as when Matthew explores the house late at night after hearing something break into the cabin. The opening sequence between Matthew and Jessica setting up key character motivations is particularly promising as well. The more other characters join in on the “fun,” the more the dialog threatens to become too silly with unconvincing bickering and goofy Bigfoot references. The film ends with an impressive conclusion for any found footage film especially an independent film. For many found footage fans, The Gracefield Incident will have hearts racing and knuckles turning stone cold white as Matthew and his friends try to avoid what lies hidden in the woods and encounter a horror from another world. 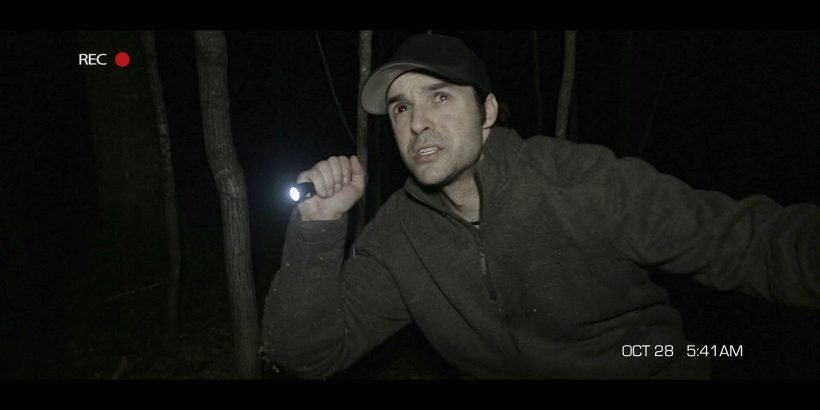 The script for The Gracefield Incident wastes no time getting into the story. It begins one year after a harrowing accident as Matthew and his wife Jessica join two other couples for a weekend vacation to a cabin deep in the woods. Before the first night can even begin, they witness a meteor crash in the woods nearby. Excited to discover what the meteor may be, Matthew, Trey, and Jonathan race into the woods to discover the remains of the crash. Soon after a bone-chilling scream is heard in the woods nearby, phones begin to act oddly, and something in the dark is reaching out to communicate with the group. Fearing for their lives Matthew and his friend hide in the cabin as the plan a way to escape.

The Gracefield Incident goes out of its way to establish why and how Matthew would be recording the events in a fashion similar to Adam Wingard’s “Phase 1 Clinical Trials” episode of V/H/S 2 where Matthew crafts his own ocular implant to use in place of his own eye which he tragically lost in the opening scene. To assist, Matthew’s coworker Jonathan also brings his new high tech video camera to record their vacation. As in most found footage films, the cabin is equipped with security cameras to help established locations and spatial relationships. Once this is all in place, the cameras are only occasionally referenced to reinforce how the “found footage” element is still in play. “So, that’s what the red light is for…” Jonathan nudges Matthew as they venture into the woods. This works well enough for the film, providing a way out of having to explain why they characters would still be filming in certain circumstances. For found footage fans, the cameras are handled efficiently and effectively. For those who grow tired of this subgenre, a more forgiving view of the film may be required. The film manages to get a number of key jumps and thrills out of the found footage approach, especially in the opening shots and during the final act in the nearby fields. 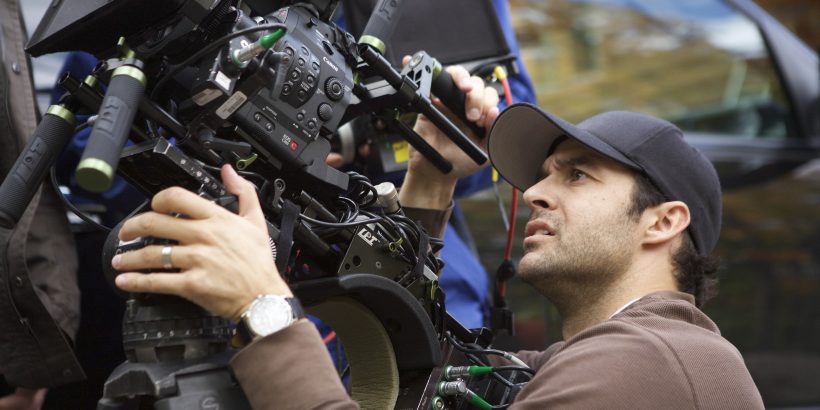 The cast for The Gracefield Incident, led by director-producer Matthieu Ratthe, are effective in establishing a believable group of family and friends heading into the woods, they’re playful, friendly, and unoffensive. A small flaw the film has is losing focus on the two leads and their primary conflict established in the opening sequence. This conflict is touched upon only a few times while it is thematically tied to the main thrust of the conclusion. The result is the connection feels far more by circumstance than by design. Instead, the film spends far more time with Matthew and the boys wandering in the woods. While this is often thrilling and chilling, it lacks the emotional impact left standing on the deck back at the cabin. The approach does afford Ratthe the opportunity to provide some well earned and highly effective thrills when the “creature” in the woods reaches out of the dark to grab the cabin-mates when they’re not looking. Ratthe also makes the most out of a nearby corn field giving the film a claustrophobic atmosphere while broadening its scope.

The key element in making The Gracefield Incident frightening or frivolous for the viewer is the handling of the alien element of the film. For much of the film, it is either handled as a supernatural element, hiding in shadows or affecting phones and TV sets or as a creature in the woods literally, reference as Bigfoot at one point. The film succeeds the most when it gets to the guts of the film having the alien reach out of the darkness grabbing the characters or hinting more heavily at their part in the story. Another interesting effort is when the extraterrestrial forces take over one of the characters actions providing the film with a short burst of well-earned chaos and mayhem. The final act holds the most impressive stint of the beings, their appearance, their nature, and their motivations – if they’ve haven’t been guessed by this point. Where many found footage film abruptly end with the reveal, The Gracefield Incident admirably has more left to show and tell. And, the final moments resonate with the characters as well. 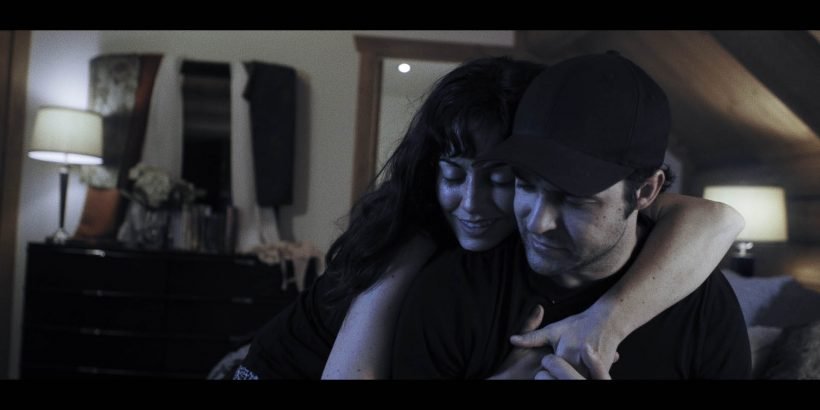 The Gracefield Incident sets out to frighten and fascinate its audience with a series of calculated and well-orchestrated scares. The film succeeds often at creating atmosphere and tense moments of anxious anticipation. From the moment the meteor rockets over the cast crashing into the trees nearby, the mystery is full on. The film is not without its flaws, however, and it is those flaws that threaten to undo what the film gets rights. The biggest issue may be the dialog which is often silly with the characters bantering back and forth in an unconvincing manner. Another issue is the female cast it often left off camera as the male cast wander the forest. The final nail is the film’s strongest story element is buried as an undercurrent mentioned more as a framing element with a brief mention in the middle of the second act. This, unfortunately, deflates much of the consequences and stakes of much of the film. For found footage fans, The Gracefield Incident is a better-than-average entry into the genre with a number of heart-stopping jolts and uneasy moments of suspense. However, the results are too uneven to convert any horror fans who are no longer enjoying this approach to story telling. 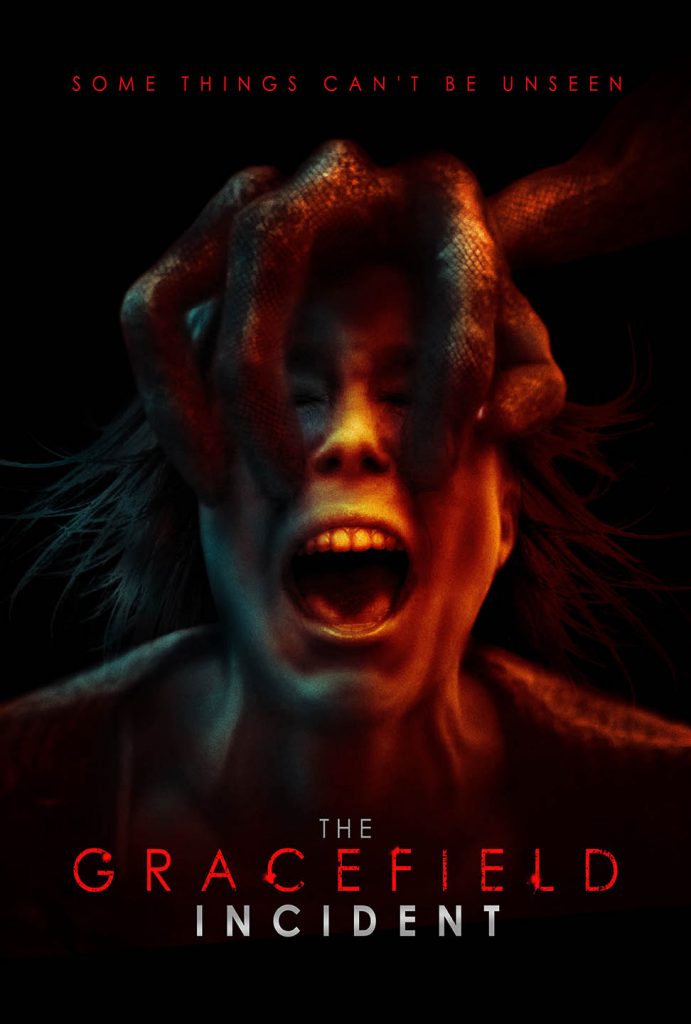 This review may contain spoilers. The Boy is a damn fine horror film, a contradiction to the January release date curse…until…well, until it isn’t. The latest film from director William Brent Bell (The Devil Inside, Wer) suffers from over-thinking its own twist ending. Or perhaps, it “underthunk” it. Ugh. It goes to great lengths to […]