As the news of the passing of one of modern horror’s founders — George A. Romero — rippled through the news and online world, praise and remembrances have been pouring in from anyone who ever worked with him, spoke with him or been influenced by him and that stands as just a small testament to the power and honesty of this mans work.

Although I never had the opportunity to work one on one with the man — our paths did cross on several occasions. Working with Tom Savini afforded me access that many would never have the honor to experience and in the early, very early days of the internet, I spoke with George about setting up a website for him. A few meetings were had but nothing ever came of the notion. George didn’t seem much impressed with the notion of people having such easy access to him or his work and never really ever did embrace the idea of an ‘official’ site.

Several tried — none ever took hold. I’ll never forget the day that Tom handed me a scrap of paper with George’s personal number on it and said: “give him a call, he’s expecting to hear from you”. Did I call? You bet your ass I did and the man was gracious and welcoming and full of ideas and notions.

Even though nothing ever came of those early meetings – the fact that he would talk to a fan, just some dude from Ohio who had happened to befriend Tom Savini was beyond amazing. The second time we met was in a beyond cool situation. It was at the Pittsburgh premiere of Land Of The Dead and I found myself invited to the pre-party, the premiere showing and the after party and it was nothing short of incredible.

Quentin Tarantino and Robert Rodriquez showed up to show support for George — as did Simon Pegg and Edgar Wright — who had parts in the film. The pictures from the night are among my most treasured possessions and as I look at them now, what really stands out is how excited and giddy George was at all the events swirling around him. That wide-eyed love for the genre is what I want to remember most about this amazing, innovative filmmaker.

As I’m typing this I just realized, there was a third time — that actually occurred between the two I outlined above — where Patrick Desmond, a long time friend and amazing film maker and I were able to get some one on one time with George and Patrick was able to conduct an interview for a documentary he was producing. That footage still has to exist somewhere — would be great to lay eyes on it again.

Three times I got to hang out, chat, spend time with and generally be a geek in the same room as a modern master of horror and at no point did I feel anything but love and respect from the man. Others have worked closer, spent more time and had more inside access than this doofus from Ohio who is sitting here writing this — but George treated me with the same respect and gave me no less attention than the most important person in the room.

That folks is the George A. Romero that I will always remember.

Rest well, you forever changed the genre with your work and the seeds of imagination you planted in a generation of genre fans will sprout greatness for decades to come. 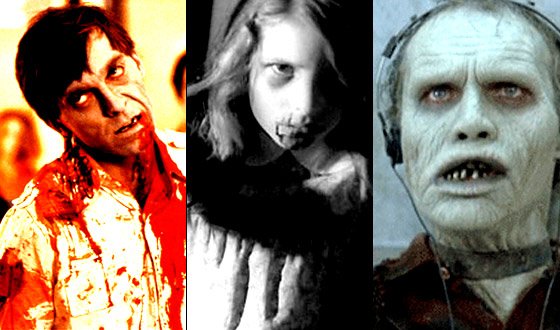 Who doesn’t love a good survival/horror film? That’s right – no one so – listen up cause Lionsgate has a new vacation gone wrong flick heading our way titled Endangered Species and it looks like it might just end up being a ton of fun. Behold the trailer! Starring Rebecca Romijn and Jerry O’Connell and […]

Heavy metal trailblazers Iron Maiden have been a bit quiet for the last six years. The last new music we got from the band was Book Of Souls back in 2015 – but wow, does this new video and song make up for it. Titled The Writing On The Wall – it is a powerful […]

Wolf Cop is on the beat once – or about to be at least.   The upcoming Dec. 1st rollout of Another Wolfcop is soon upon us and what better way to shake up the fan base than a nice new, bloody, violent trailer. See – wasn’t that fun? Here’s your synopsis for Wolfcop’s romp […]