Like taking peanut butter and chocolate and putting them together to make a tasty treat, taking a strip club and adding in a massacre should result in a winning combination for most horror fans.  Sadly, however, Bob Clark’s Strip Club Massacre comes out tasting more like someone used just butter with the chocolate, forgetting about the peanut part of the equation.

Our story follows Megan (Alicia Watson) – a young, attractive female – who in the course of one of the worst days ever, is laid off from her job only to return home and find her boyfriend having sex with her roommate.  Said roommate, who is the primary resident of the house, then promptly kicks Megan out.  Finding herself in a cheap motel, Megan reaches out to an old friend (Amanda, played by Courtney Riggs), who offers her a place to stay for awhile.  It’s there that Bobby (Stefan Rollins) – Amanda’s boyfriend – introduces Megan to John (Mark Law), who runs a strip club.  Megan is offered a job as a cocktail waitress, but when she runs afoul of the club’s alpha female, Jazz (Erin Brown), things escalate out of control. 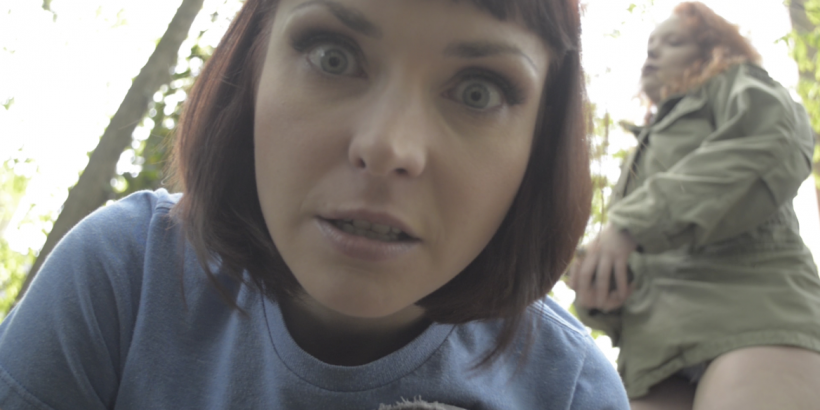 Strip Club Massacre, Clark’s first outing as a director, is, to be blunt, a pretty bad movie.  The plot is derivative, the technical aspects are clumsily handled, and the blood and gore are on par with what you’d see done by a couple of middle school kids who found an old Super-8 camera and only had one take per shot because there wasn’t enough film left.  The sound is unbearably uneven throughout the entire movie.  Scenes inside of sparsely decorated rooms echo, actor’s voices often compete with outside noises and the volume levels are inconsistent not just between scenes but sometimes within the same ones.  The blocking and framing are awkward throughout the film and numerous scenes are just enough out of focus to be noticeable. Compound these technical miscues with a script that feels rather rote and has some limp dialog (aside from the clever bit when things get a little meta as Megan mentions to Amanda and Bobby at one point that they are probably going to watch one of those “shitty independent horror movies with all the titties and blood and sex”).

It’s understood that independent horror movies have more noticeable faults that big studio films and, at least to some people, these faults are part of the charm – they’re part of what makes these films thrive and why people are attracted to them.  But when such simple problems plague a film like they do Strip Club Massacre, it’s more of an annoyance than a “lovable quirk”.  Once Clark corrects these problems, there’s a chance that one day people will see a more polished and less slapdash effort. 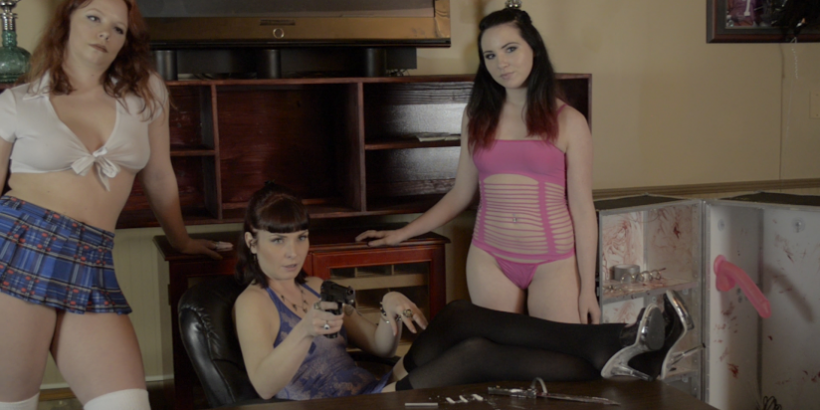 The only real saving grace of Strip Club Massacre is the acting by the leads. Erin “Misty Mundae” Brown is exceptional as the antagonist. From her delivery to her facial expressions to the way she carries herself on screen, Brown practically steals the show.  Her portrayal of Jazz is just close enough at times to be on the edge of being over the top but she treads a fine line and pulls back when needed.  Watson’s Megan is likable and she’s convincing as being a regular person who is dealing with a very bad string of events as best she can.  It’s only when she shares the screen with Riggs (as best friend Amanda) that she (along with Riggs) becomes a bit annoying and her delivery takes a turn for the worse.  It almost feels like two actual friends pretending to not know one another but having to act as friends, if that makes sense.  Rollins and Law, as the two male leads, are both effective and make their characters come across as a couple of real guys.

Unfortunately, and despite a title that promises a great combination, Strip Club Massacre is a film better left uninvited back into the Champagne Room. 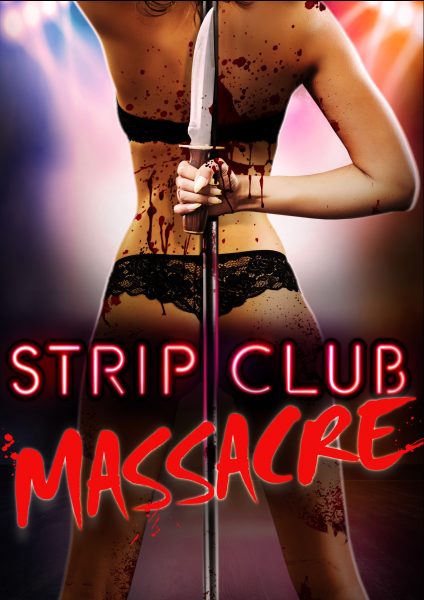 “The Hills Have Eyes” (1977): A Brutal Exploitation Classic That Still Holds the Power to Terrify and Disturb

Gritty, realistic violence is a common feature of many films of the 1970’s, in genres as diverse as police drama and horror. Writer/director Wes Craven’s The Hills Have Eyes (1977) is the follow-up to his own groundbreaking directorial debut, The Last House on the Left (1972), and like that film, it uses the 1970’s newfound […]

Let’s start with the fact that Baby Frankenstein is not, by any stretch of the imagination, a horror movie. Yes, it has a ‘monster’ in it and there is a bad guy that you want to see murdered in the most grisly and gory way imaginable. But nobody dies in Baby Frankenstein; nobody even gets […]