Grue-Believers, season seven of The Walking Dead has come to an end. Judging by online reactions, this made a lot of people happy due to the heavy abundance of lackluster episodes. Yes, we did have some fun laughing at Negan’s (Jeffrey Dean Morgan) quips;  yes, we had some heartbreak with the loss of some fan favorite characters; yes, we had some neat zombie designs and yes most of all we had a lot of yawns and score checking by yours truly. Does that make me a bad fan? I don’t think so. I blame the writers (not all but most). Sometimes shows go into cruise control and the writing gets sloppy and/or lazy, in this case mostly lazy. Without further ado, here are my thoughts on the season 7 finale.

Season 7 started out really strong as it captured the audience in the wonderment of who was going to meet Lucile. The episode drew in 17.03 million viewers and I will say the premiere did not disappoint. It was the slop in between with the few morsels of filet in the land of hot dogs and hamburgers. Viewership continued to decline weekly and over the rest of the season the actual average of viewers was 10.95 million not including the finale. That’s over a 6 million viewership drop (trust me I did the math, my statistics class paid off). Hopefully, the writers take note of this, reflect during the break and come back refreshed with a sense of purpose to draw back and entertain their fans. All that said, I didn’t love the finale but I didn’t hate it either. 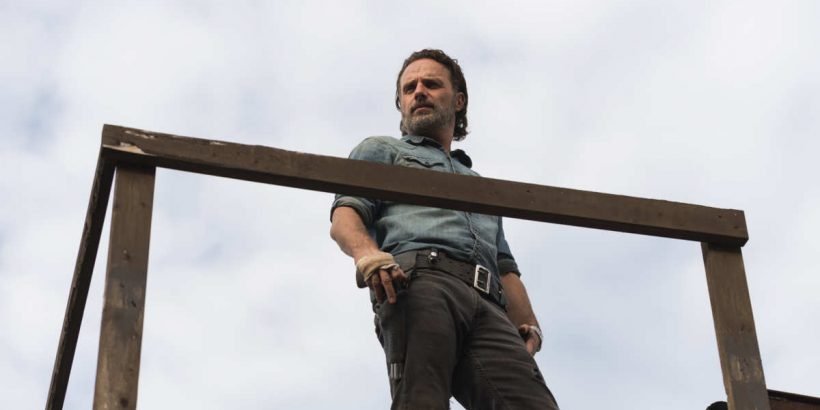 As I’ve been telling you, Sasha (Sonequa Martin-Green) was on her way out and last night showcased that. It makes me sad to see her go as she is a character that grew on me throughout the last few seasons. Last night’s show was all about sacrifice. The way in which Sasha sacrificed herself for her friends was where the show centered right from the opening scene. I wasn’t sure quite what to expect when the coffin opened but I knew it would be good and let’s just say I thought it was better than good. It was nice to see Abraham (Michael Cudlitz) in some flashbacks Sasha was experiencing on her ride to Alexandria as these were scenes we never saw. It was always insinuated that there was something between the two of them and we officially have confirmation.

Although some of the episode was dragged out in certain segments (we really didn’t need the extra thirty minutes), we did get a good show, not great but definitely good. I did not expect the twist with the Jadis (Pollyanna McIntosh) and the scavengers which did add some suspense to the episode. What did not add suspense was when Negan was getting ready to introduce Carl (Chandler Riggs) to Lucille. I knew it was going to be a just in the nick of time save but I just didn’t know who was going to make the save; I like that it was Shiva. In mustache twirler fashion Negan puffed his chest out during his soliloquy to Rick wasting batting practice time. I did like that Rick (Andrew Lincoln) stood up to Negan instead of begging and cowering much like he did in the season seven premiere; driven by Sasha’s sacrifice. 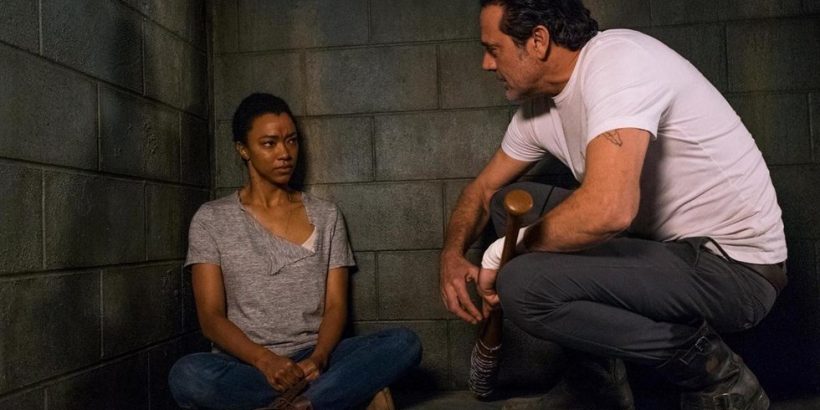 Other highlights were Morgan (Lennie James) donning Benjamin’s (Logan Miller) armor and fighting. This was due to the sacrifice of Benjamin a few weeks back. Badass Carol is back. Negan is serving up smiley face pancakes and Maggie is established as the leader of Hilltop. A low-point for me was the big fight scene at the end where people are shooting at each other about five feet away and yet no one could seem to actually hit anyone. I understand that All Out War is season eight; but, come on, it was all bad aim and running.

As the show was coming to a close, we get Negan questioning Eugene (Josh McDermitt) in an accusatory tone as to how he thinks Sasha died before heading out to the crowd to declare war. We also get a tearful Maggie having to put Sasha down which was tastefully done. I did like the ending scenes with the Maggie’s monologue which included Sasha’s funeral, Daryl’s (Norman Reedus) discovery of Dwight’s (Austin Amelio) hidden message and the three leaders Rick, Maggie and Ezekiel (Khary Payton) addressing the crowd. The topic of the monologue was a nice touch because it addressed Glenn’s decision to save Rick all those seasons ago is what has brought everyone together now….self-sacrifice. 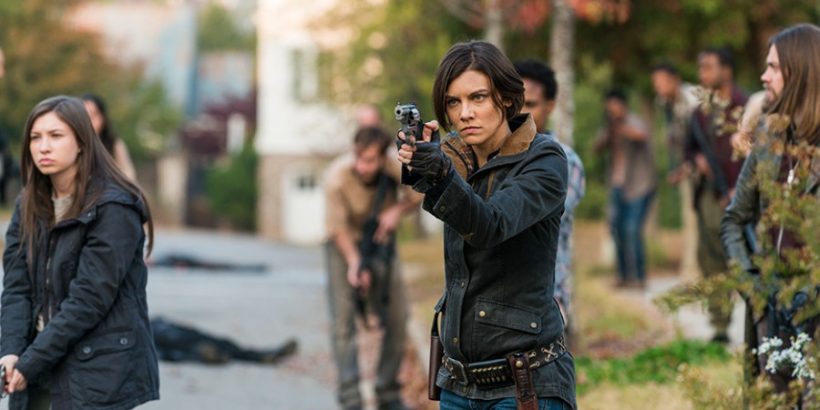 This episode of The Walking Dead was directed by Greg Nicotero and written by a combination of Scott Gimple, Angela Kang and Matt Negrete. While not the best season finale it was adequate in its goal of setting up season eight for All Out War. I did like how Abraham and Glenn were tied back into the episode, it made for a nice piece of closure. It definitely wasn’t the home run I was hoping for but at least they got some runners on base (you see what I did there, ya know, the start of baseball season being today….). Season 7 had some great episodes but for me they were not enough to make this a top season. Let me know your thoughts and where you think season eight will go. Have a great summer and you can look forward to my reviews of Fear The Walking Dead coming in June; that should be a good time (tongue firmly implanted in cheek). 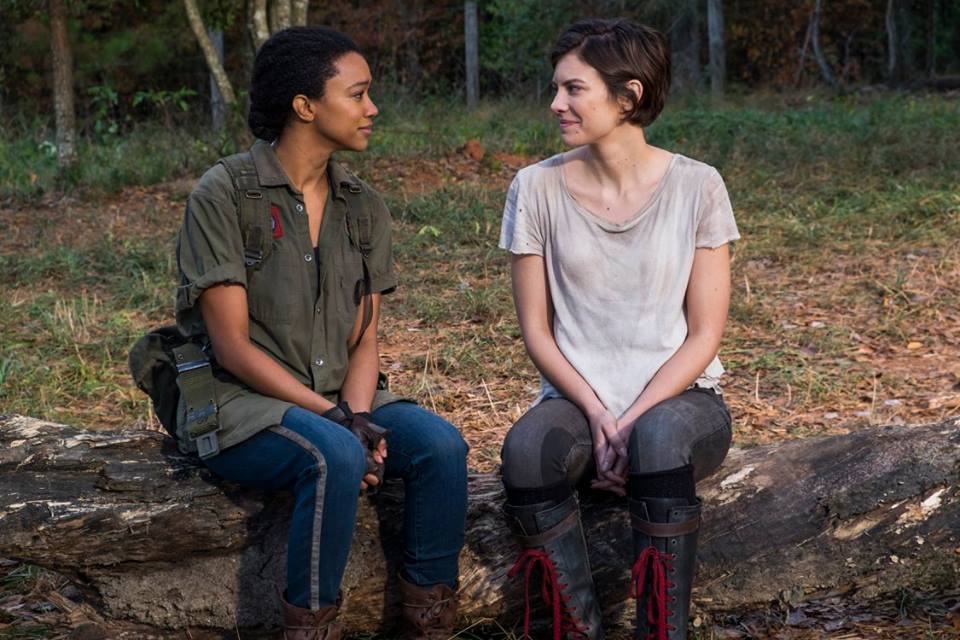 Welcome to  American Gods Fan Podcast,  episode 2 “The Secret of Spoons”. This is the unofficial podcast about the hit Starz television program  American Gods  by fans for fans as brought to you by HorrorNewsTV.com, DocRotten.com, and GruesomeMagazine.com. The Grue-Crew behind the Hannibal Fan Podcast reunites to dive into the latest blood-soaked effort of Bryan […]

Side Note: A recap for the second episode of  Preacher  season 2 that aired on the 26th will be coming later this week. Hello, Preacher  fans! Welcome back to the congregation! Reflecting back, the first season of Preacher  had a lot to live up to.  Being based off a great beloved comic, fans were very […]

“Genesis? What like the band? Terrible name,” Cassidy says after hearing the name of Jesse’s otherworldly power. After five or so episodes sidestepping the central aspect of the comic’s plot,  Preacher  gets to finally putting a name on the divine entity that has possessed its titular creature. The aftermath of demon and angel sex backstory […]