Grue-Believers, how the heck was your week? My week was sunny and in the 80’s out in California. Unfortunately, I came back to a whopping 24 inches of snow in northeastern Pennsylvania. The 24 inches was a record for the most snow to fall in a 24 hour period here. Speaking of falling, viewership for The Walking Dead has really plummeted. The first episode of season 7 had 17.03 million viewers, while last week’s episode saw only 10.68 million and that was a darn good episode. I am assuming word spread that last week’s episode was indeed one of the best in a long time and that probably brought in more viewership this week. If indeed that is true….boy were they duped and disappointed. Any guesses which direction this review is headed? 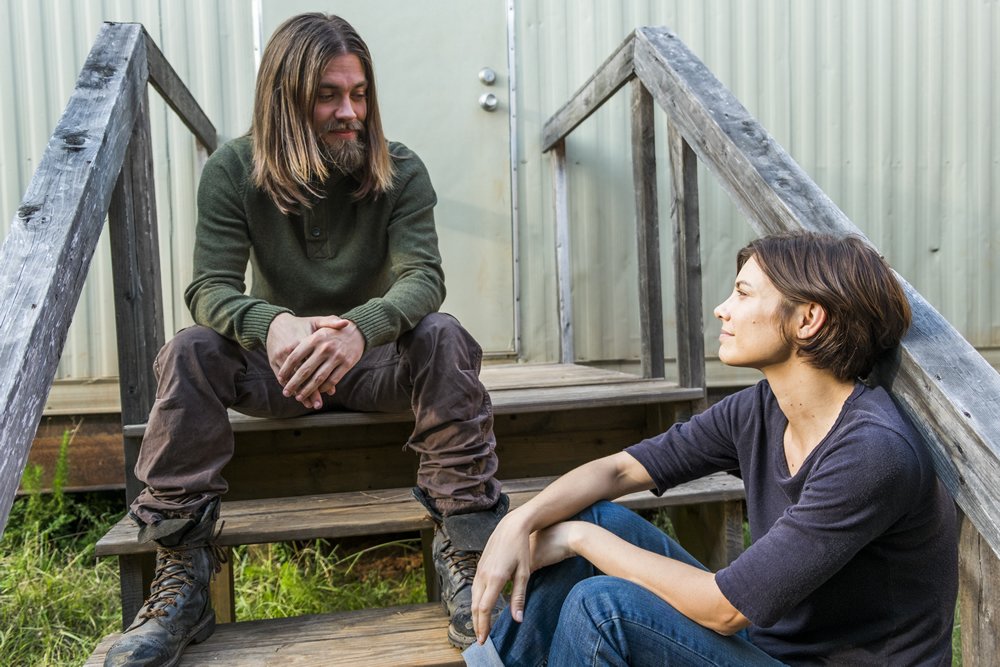 As fans of comics and horror, we all know that everything has an opposite, good vs. evil, Superman vs. Lex, Batman vs. Joker, Ash vs. Evil Dead. Heck, even in chemistry there are optical isomers called enantiomers which have a mirror opposite (further proof the Thug likes to educate). Well, the same is true of The Walking Dead. Last week we got a stellar show in “Bury Me Here,” this week we get its stereo isomer (mirror opposite) in a pile of trash aptly named “The Other Side”. See what I did there, get it? “The Other Side” of the mirror? I expect to get some flak for this negative review much like I do for some of my others; but, judging by the people that have commented on my post,s more people agree than disagree with me.

I think there was some positives in the episode, though not enough to salvage it. Maggie (Lauren Cohen) will become the leader of Hilltop and they are building towards that be it little by little and that arc has some interest. Gregory (Xander Berkeley) holds interest for me as the character I love to hate and this week was no different in his attempts to kiss up to the other guy I love to hate, Simon (Steven Ogg). I still want to play the role of a magician and make his Chicklets disappear with a right hook every time he flashes them beneath his 70’s porn ‘stache. So at least I got four minutes of entertainment in an otherwise stagnant episode.

We get more of Rosita (Christian Serratos) and Sasha (Soneque Martin-Green) and their volatile “friendship” as they head out to kill Negan. This is an arc that might be of a bit more interest in the establishment of their characters if we didn’t already know “SPOILERS” that Sasha was going to be killed off very soon. This makes me care very little about this storyline because: Rosita’s character is just annoying, we know that Negan is not going to be killed and, unfortunately, Sasha is leaving us for the final frontier (the new Star Trek show in case you didn’t pick up what I was putting down). 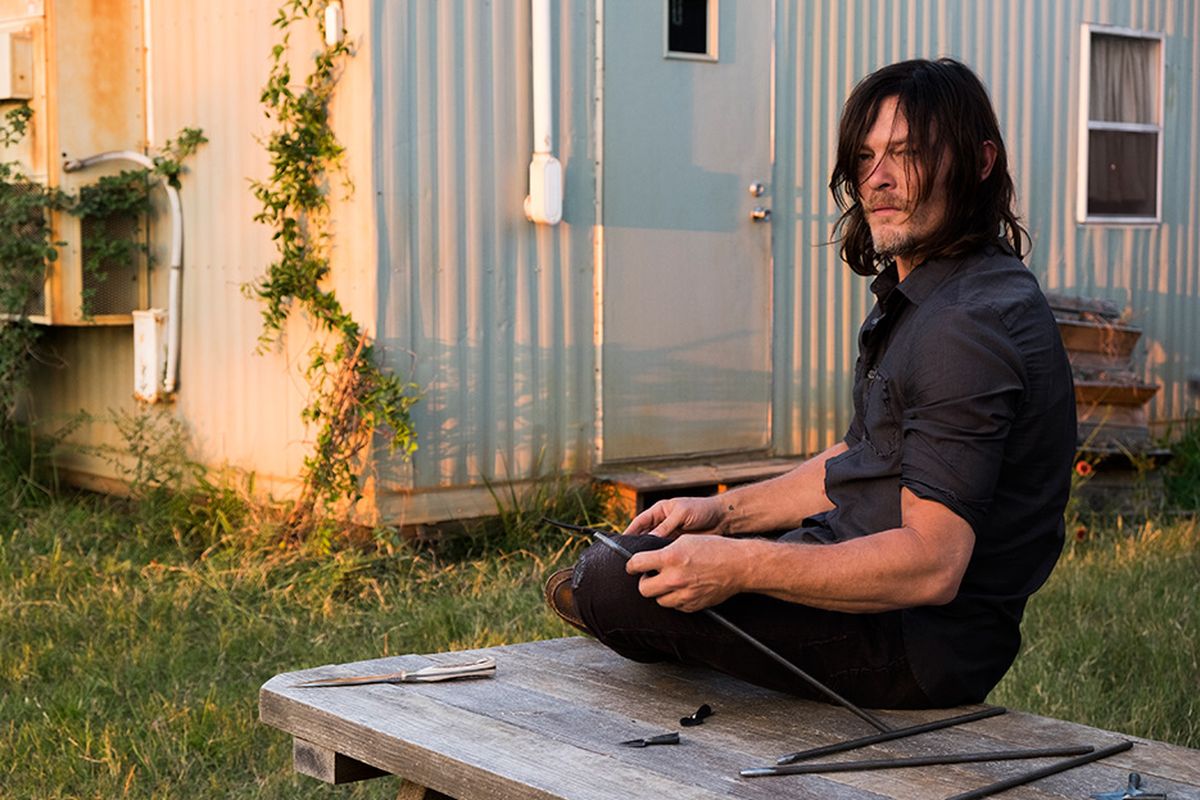 There was very little in the way of suspense in this episode. Did anyone really think that Daryl (Norman Reedus) and Maggie were really in danger of being caught and killed in the basement? We all know Daryl is untouchable and Maggie’s arc is just beginning so there’s that. Just another attempt at suspense with no pay off which just made me look at scores on my phone. The only thing that was moderately of interest in this scene was when Daryl broke down to Maggie due to his feelings of guilt over Glenn’s death. It was a touching scene except as my buddy Mike pointed out, Reedus’s acting tonight made his performance in Boondock Saints look good. 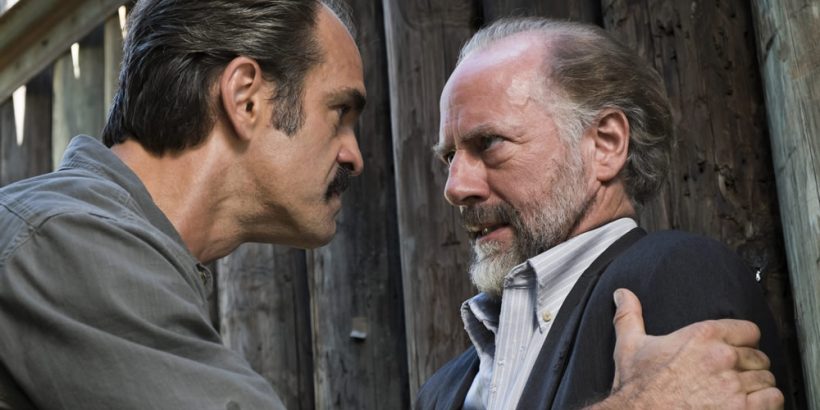 The only other minute of the show that was worth watching was when Sasha and Rosita came into contact with Eugene (Josh McDermitt); his character continues to grow on me. He is feeling the weight of his feelings of what is right (going back to the groups) against his feeling of safety and security with the saviors. I am interested to see which way this is going to break, let me know your thought. The other morsel we get here is Sasha sacrificing herself for the Rosita and the greater good as Sasha goes all one-woman-army. Rosita begins her retreat and sees a silhouette of a man and his crossbow….fade to black. 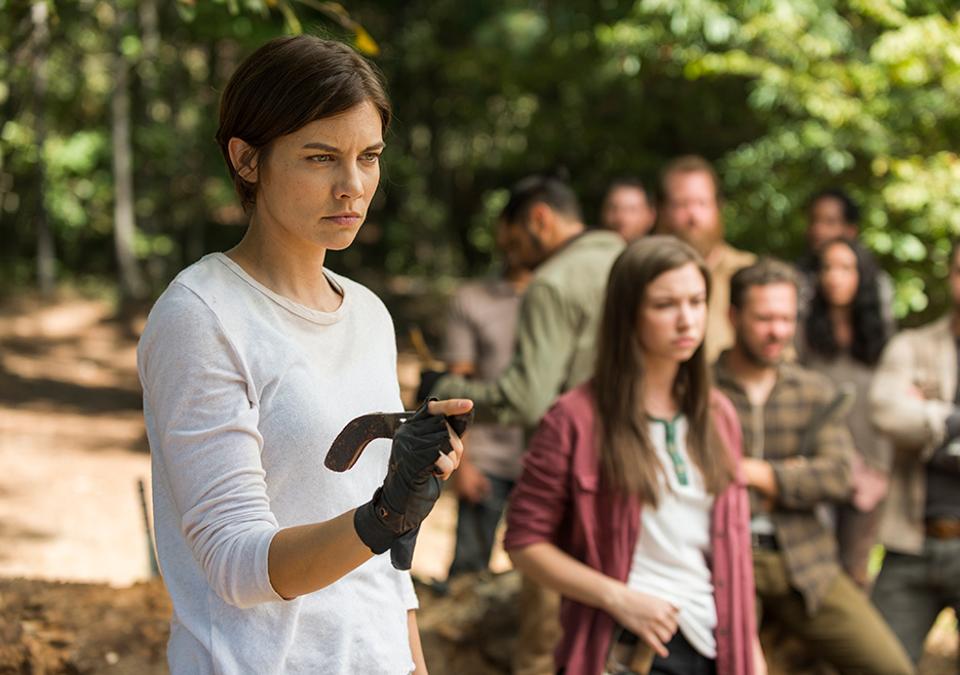 This episode is just another in a long line of disappointing ones this season. The episode was written by Angela Kang and directed by Michael Satrazemis. Hey Angela, here’s a tip; go talk to Scott Gimple and get tips from him on how to create a good storyline that engages the audience with real suspense and emotion. As I said the episode was not 100% terrible therefore my rating won’t be but with only two more episodes left this season it’s time to take it up a few notches and engage us with something worth watching for 40 minutes.

The Walking Dead Season 7  Episode 14 “The Other Side”

Just when you thought Fear the Walking Dead  couldn’t get any worse, IT DOES! I’m officially what the kids call “a hater” of this show and it’s not that I’m jealous. Wait, maybe I am because I have some crappy ideas that can be considered for TV shows too, if AMC is interested. However, here […]

Welcome to  American Gods Fan Podcast. This is  the unofficial podcast about the hit Starz television program  American Gods  by fans for fans as brought to you by HorrorNewsTV.com, DocRotten.com, and GruesomeMagazine.com. The Grue-Crew behind the Hannibal Fan Podcast reunites to dive into the latest blood-soaked effort of Bryan Fuller as he brings to life […]