Grue-Believers, we – and by we I mean Pennsylvania – are about to be pummeled with a huge snow storm. Fortunately your resident Thug’s day job has him in sunny California all week, leaving the snow blowing and shoveling to my wife. Speaking of snow, since its mid-season preview The Walking Dead has been snowing us all with some awfulness. I had a bit of hope two weeks ago and then last week’s carnival sojourn just brought sadness and anger. I will say the female following of the show loved last week and I took some heat for my review. I have broad shoulders and am a big boy so I can handle the backlash. I understand the show can’t only be about killing walkers otherwise it would sour real fast but the date episode was pushing the envelope. 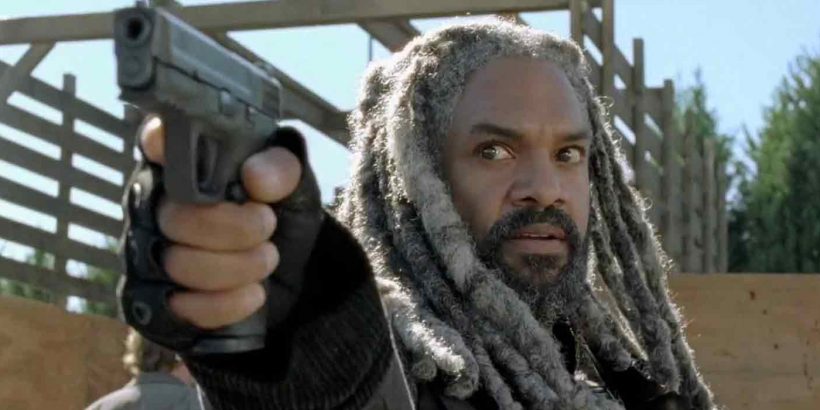 You can write an episode that invokes emotion without being cheesy. Just when I thought the show hit rock bottom for me, they go and totally redeem themselves! For that, I personally want to thank Mr. Scott Gimple. Bury Me Here was full of emotion, action and unforeseen rage. I did not pick up my phone one time during the episode, I was fully invested and it even tugged at the old heart strings a bit. 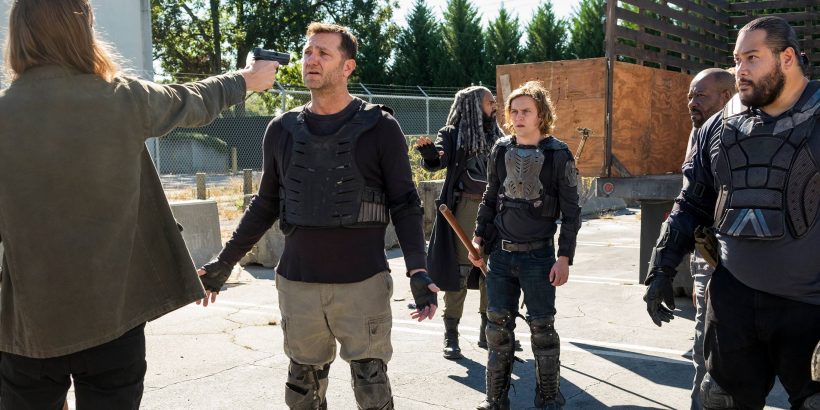 If you remember a few reviews ago, I said how much I liked Logan Miller’s portrayal of Benjamin and how I did not want to get to invested in him because I had the sneaking feeling that he was going to get killed off. Well, that didn’t take long. In an emotional scene where it looked as though Richard (Karl Makinen) was going to take a bullet over a lost cantaloupe, Jared (Joshua Mikel) instead turns the gun on Benjamin who earlier referred to him as a rat faced prick and shoots him in the leg. Due to the amount of bleeding (I’m assuming he hit the femoral artery) young Benjamin is no more. A scene here that brought some surprise to me was the anger that Gavin (Jayson Warner Smith) displayed at Jared forcing him to give Morgan his stick back, walk home and then threatens to kill him. 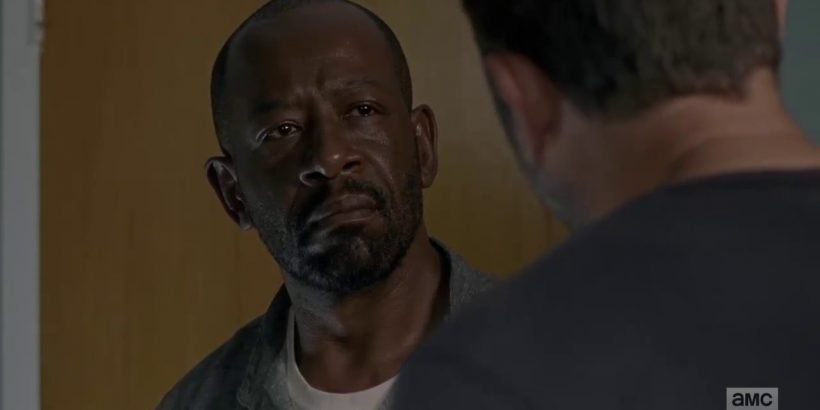 Another emotional plot line was seeing Morgan (Lennie James) snap and lose his mind after finding out Richard was the one who got Benjamin killed. Richard wanted to sacrifice himself so that Ezekiel (Khary Payton) would see that they need to bring the fight to the saviors. Watching James portray Morgan as his psyche snaps was fascinating and really forced the audience to connect with his character. As we were seeing Morgan become Benjamin’s father figure and giving Morgan the feeling that he had a son again. Losing another “son” was a breaking point which brought Morgan to kill Richard with his bare hands and reveal the truth to Carol (Melissa McBride). 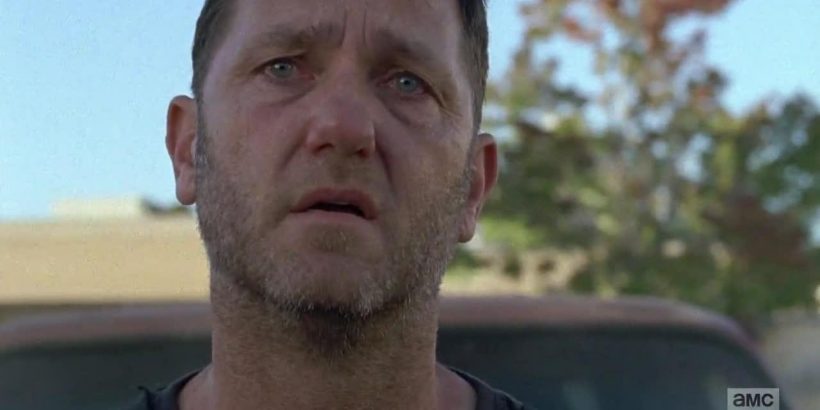 Richard had his death planned hence the grave that was found reading “bury me here” next to what we find out was his daughter assumed from the backpack bearing her name Katy. Morgan did honor his wishes.

We also get another character hiding in the shadows. Carol had left a walker incapacitated but still “alive”. When she walked back through town we see the walker is now dead with a slash mark on its head and face. As Carol looks around we see a shadow lurking around the side of a building. Any thoughts as to who this could be? Carol is now back on board it would seem and with only three episodes left, the end of season seven looks to be rounding into form. 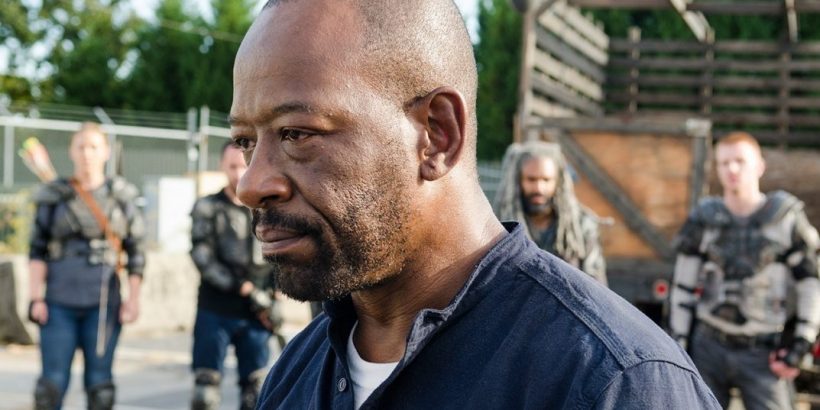 This was The Walking Dead episode I have been waiting for. The episode stuck in my mind as I lay in bed trying to get some sleep before my trip. The episode was directed by Alrick Riley and as I mentioned previously written and written extremely well by Scott Gimple. I am voting we just let Mr. Gimple write all of the episodes. This episode took you on along with the characters on a roller coaster of emotion. You can feel the heartbreak and rage of Morgan as he cracks, you can sympathize with Carol when she finds out the truth and you can feel the tension building as season seven is coming to a close. I thoroughly enjoyed this episode; in fact after seeing my least favorite episode last week following it up with this was just what the doctor ordered. We even got a decent dose of Jerry (Cooper Andrews) this week; Jerry loves his cobbler and the Thug loves this episode.

The Walking Dead could not have picked a better night than Valentine’s Day to bring us their mid-season premiere. How better to spend the evening settling in for the night after a great day with the one you love. Whether it be Carol (Melissa McBride), Daryl (Norman Reedus), Rick (Andrew Lincoln), Maggie (Lauren Cohan) or […]

Welcome to  American Gods Fan Podcast,  Episode 6  “A Murder of Gods”. This is the unofficial podcast about the hit Starz television program  American Gods  by fans for fans as brought to you by HorrorNewsTV.com, DocRotten.com, and GruesomeMagazine.com. The Grue-Crew behind the Hannibal Fan Podcast reunites to dive into the latest blood-soaked effort of Bryan […]

Preacher, one of the most celebrated comic book series of the late 20th/early 21st century, is hard to adapt. For years, there have been feeble attempts to capture the 66 issue series (not including one shots or a Saint of All Killers mini-seires) by acclaimed author Garth Ennis, from the likes of a film produced […]