Islanders have often been portrayed in film as a strange bunch. Guarded and protective of their community when strangers come-a-knocking and that mythos is mined once again in Elder Island.

Loosely based on the colorful history of Lake Michigan’s actual Beaver Island during the mid-nineteenth century, Elder Island introduces us to a handful of residents and I mean a literal ‘handful’ of people who are running what feels like one city block of territory. Where is everyone else? Maybe skulking about on a set down the road. 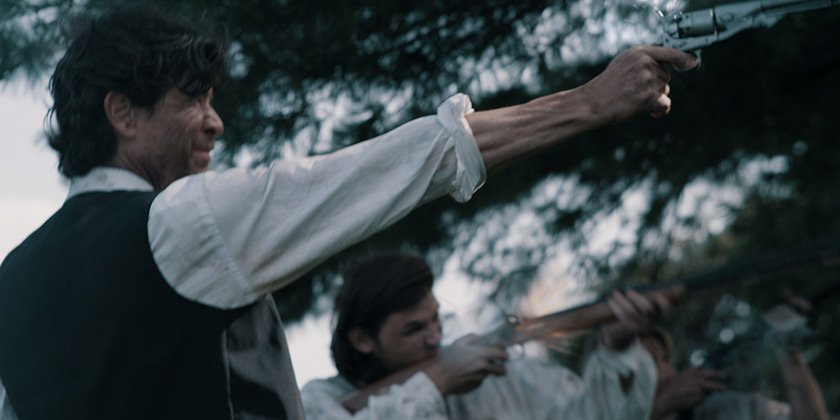 At the movie’s start we are introduced to a nameless couple who wake up in the deep woods at night. There’s no tent in sight nor is there any real explanation as to what’s going on beyond the fact that they were drinking but it doesn’t matter much as within seconds they become fodder for an axe-wielding killer and cue intro credits. Okay, odd and then some and that really becomes the overwhelming theme of this movie —oddness. We are introduced to some more island dwellers including a likable young couple in love, Sam (Sean Peavy) and Brooke (Jordan Trovillion). Soon after we meet the Island’s newest visitors Stacey (Jamie Bernadette), Nate (Ned Ryerson) and Andrea (Alora Catherine Smith) who form a three-person documentary crew there to film —you guessed it, a doc. Then we are presented with a historical flashback scene involving the Island’s axe-brandishing theocratic leader of sorts, ‘The Reverend’ (played by Michael Robert Brandon) who is gunned down by the locals in a revolt but not before he pulls a ‘Krueger’ and swears future vengeance on his killer’s families. Flash forward to present day and amidst a series of strange encounters between the doc crew and the locals, characters get picked off one by one and it’s nothing new. 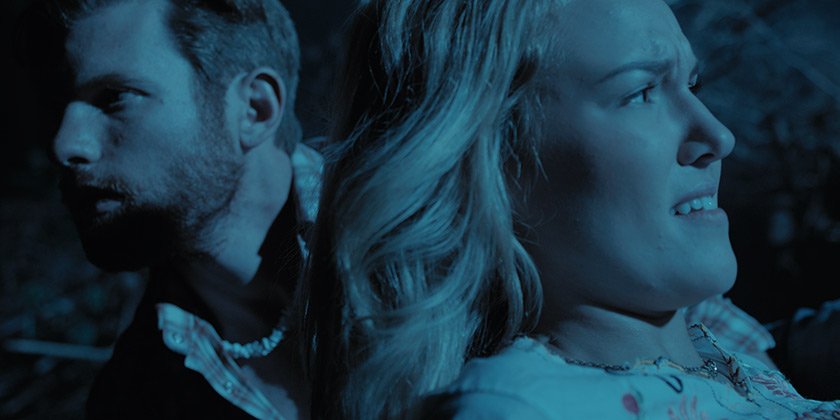 Written by Fabricio Cerioni, and co written and directed by Darrin James (who also plays Peter, the owner of the Island’s hotel and father to Sam), Elder Island, if you were to pull the killer-in-the-forest gag out it, feels like something a sixteen year-old David Lynch would have been involved in. The infrequent kills just serve to bookend extended scenes of awkward people intermingling very awkwardly and maybe that was why I was never bored watching it even though by all accounts I should have been. 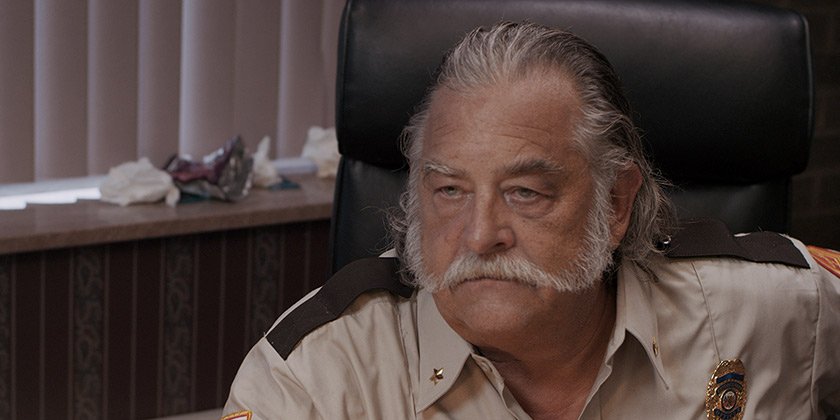 Elder Island suffers the usual tropes of low budget film-making including uneven pacing and a messy final sound mix. The majority of the dialogue is captured well enough but the mix really falls flat as exposition is buried in music and sound fx. Photographically speaking, exterior night scenes, specifically the kills are dimly lit, which is understandable given the limited resources but more unfortunate is the framing which is always too tight. The lack of geographical cohesiveness makes it difficult to decipher the details of what is going on. Instead of using their canvas to tell the story we are left to guess. 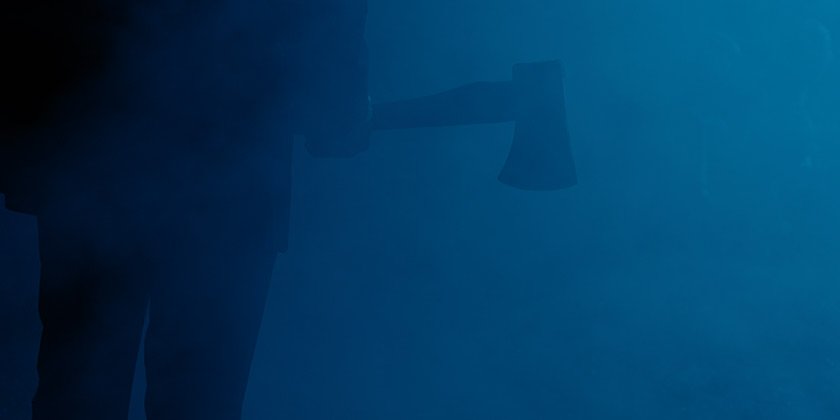 The staggered pace allows us to not race through scenes which, admittedly is nice. Characters, even the bit ones, get some screen time but the other flip-side of this implementation is that some shots linger when there really should be a cut. Pacing is a fine line better trodden with more production experience and in this case when the storytelling should be tightening up as the story moves towards it’s climax it instead drags. As a mini case-study there is a scene where a solo Andrea hits the hotel pub and goads the bartender to indulge in some shots of tequila with her. Cut to ‘x’ amount of time later and Andrea is passing out drunk. We’re shown two dirty shot glasses on the bar, one of which is presumed to be the bartender’s as well as being shown a near-full tequila bottle when it should be noticeably spent. One could presume that in the real world a bartender would continue to fill just the one shot glass, it’s logical but always remember suspension of disbelief. Why not litter the bar with used shot glasses because if we are not going to be shown the refills than you have to use some visual shorthand to help sell the time lapse and the change to the character. All this may seem like nitpicking but when you don’t have veteran performers to convey, say, a believable physical state then you have to rely on other storytelling tools at your disposal. It’s a common failing of movies made by developing filmmakers. 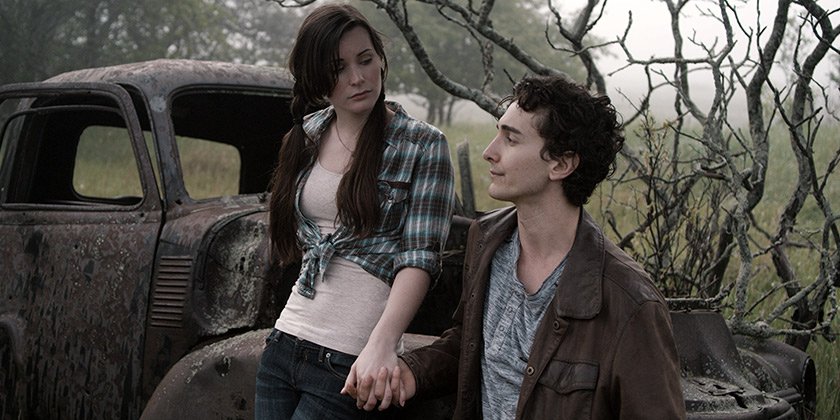 The two teens Sam and Brooke and their subplot to escape it all make them the most engaging part of the script and it’s a real shame they weren’t the focus of the story, with the documentary crew becoming the peripheral characters instead. There’s also some confusion as to who the real villain is and I don’t mean in a ‘Clue’ way. ‘The Reverend’ makes the first kill, and kind of fades into obscurity only to return in the last act but if your movie features such a ghoul why not utilize it more?

Also to the dismay of the movie is the under-utilization of the isolation moniker of the Island. We never feel truly trapped and frankly the creative license afforded by this plot device could have helped sell the idea of a killer unbound and roaming the area if he were present more. 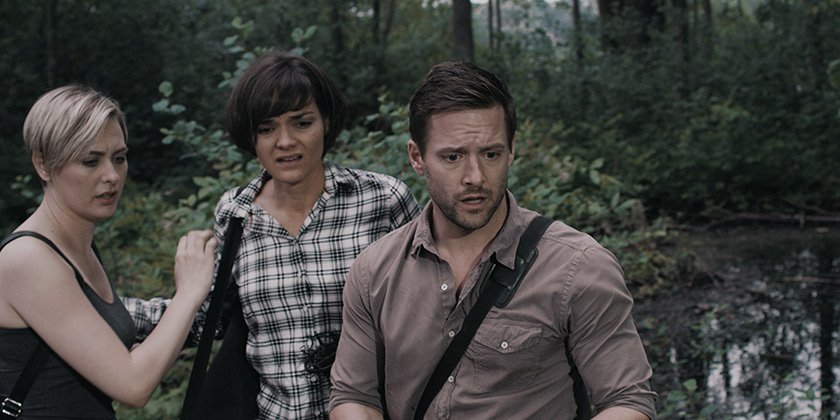 Points for one decision however. How often have we seen this milking, where one character is holding another at gunpoint only to have the one facing death goad the other to “do it!” and that they “don’t have the guts”. This time however the one person wastes the other with almost zero delay -small pleasures.

Elder Island isn’t a great movie and not frightening in the slightest but at 80 minutes in run-time it wasn’t a slog to get through either. The limited Fx and makeup are totally serviceable and there are some ideas here as well a couple of redeemable performances, specifically the amiable Peavy. 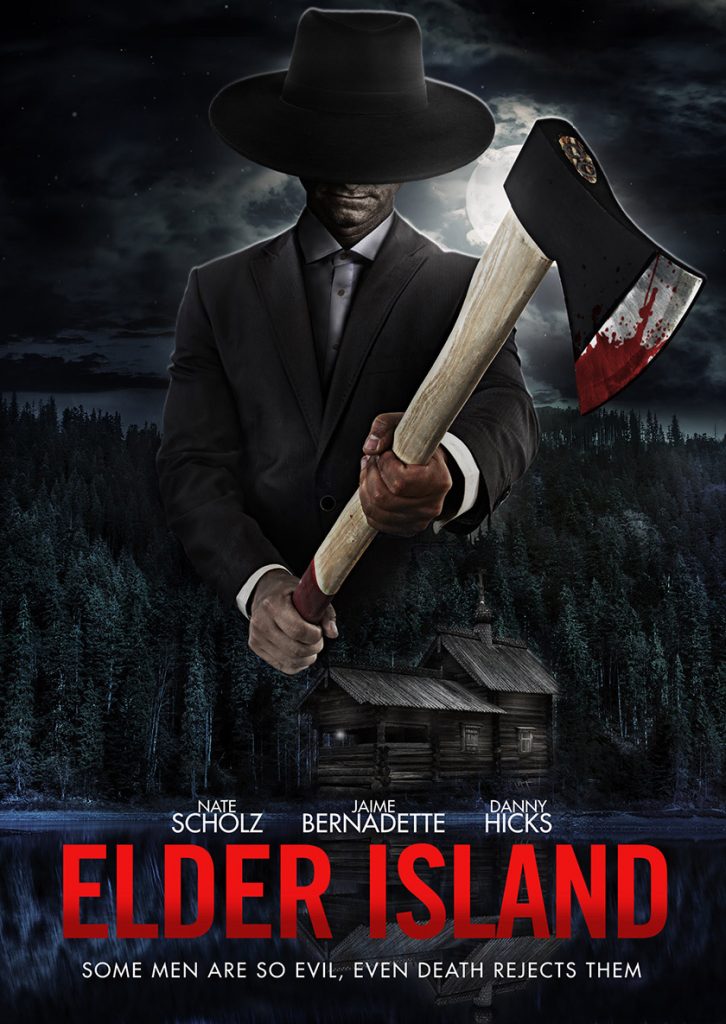 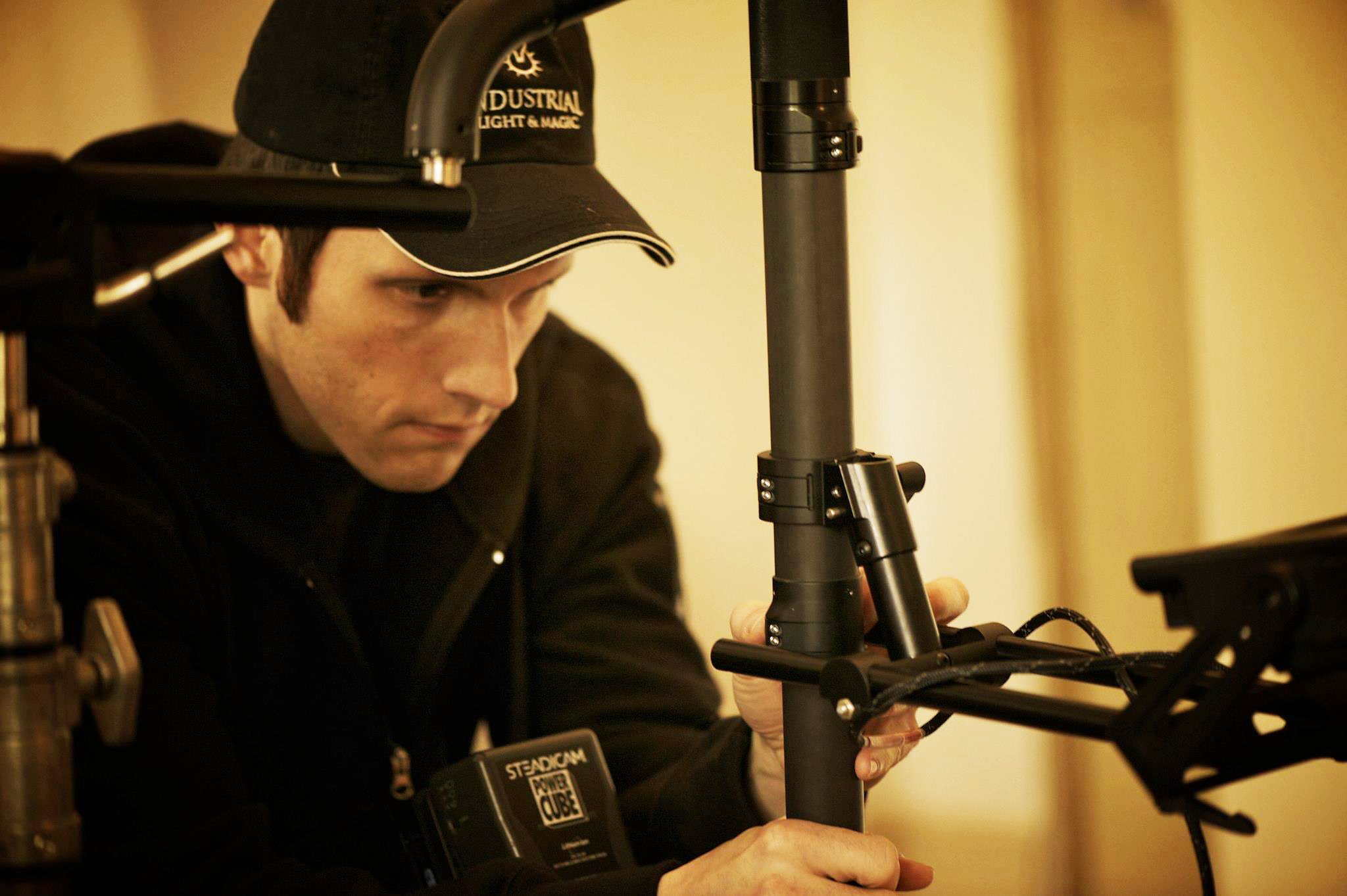 Alan Kelly, a native of Toronto, Canada has worked as a professional in the film industry for over a decade. A fervent lover of film and animation since childhood he was always fascinated by the process of filmmaking and practical effects, always holding a special place in his heart for Horror. No trip to the rental store was complete without flipping the boxes in the horror section to see the forbidden fruit. After shooting countless short films as a youth he went to art school for classical animation but switched gears to pursue filmmaking. Years later he was accepted into the camera guild and starting as an apprentice camera assistant, worked his way up through the department in every genre from low/no budget to tent pole features and acclaimed films including the Academy Award winning 'Spotlight' (2016 Best Picture). Currently he is a camera operator/steadicam operator for features and television.

Alan Kelly
Alan Kelly, a native of Toronto, Canada has worked as a professional in the film industry for over a decade. A fervent lover of film and animation since childhood he was always fascinated by the process of filmmaking and practical effects, always holding a special place in his heart for Horror. No trip to the rental store was complete without flipping the boxes in the horror section to see the forbidden fruit. After shooting countless short films as a youth he went to art school for classical animation but switched gears to pursue filmmaking. Years later he was accepted into the camera guild and starting as an apprentice camera assistant, worked his way up through the department in every genre from low/no budget to tent pole features and acclaimed films including the Academy Award winning 'Spotlight' (2016 Best Picture). Currently he is a camera operator/steadicam operator for features and television.

“Tales of Halloween” (2015): A Halloween Treat Full of Gory Tricks

Featuring 11 directors tackling 10 short stories, Tales of Halloween is an early October holiday treat with more than a few tricks up its sleeve. The film is fun, raucous […]

A group of people heads off into the woods to track down a deranged killer who, according to urban legend, slaughtered dozens of people a decade ago. Some of them […]