The brothers Luciano and NicolÃ¡s Onetti are Argentinian filmmakers and lovers of all things Giallo. Francesca (2015) is their second neo-Giallo film, following on the heels of their freshman effort Deep Sleep (Sonno Profondo) (2013). Two police detectives are investigating a series of gruesome murders inspired by Dante’s Divine Comedy. Could these killings somehow be tied to a fifteen-year-old cold case, the unsolved disappearance of Francesca, the daughter of a noted Dante scholar? The filmmakers are fluent in the visual language of the genre, producing a film that could easily be mistaken for a 1970’s era Giallo. The score and sound design are also spot-on, further helping to cement the illusion that Francesca is a “lost Giallo”. The mystery itself is quite satisfying while still capturing the bizarre plot twists often associated with the genre. The Onettis’ love for Gallo comes through in all aspects of the production, resulting in a treat for fans of the genre. 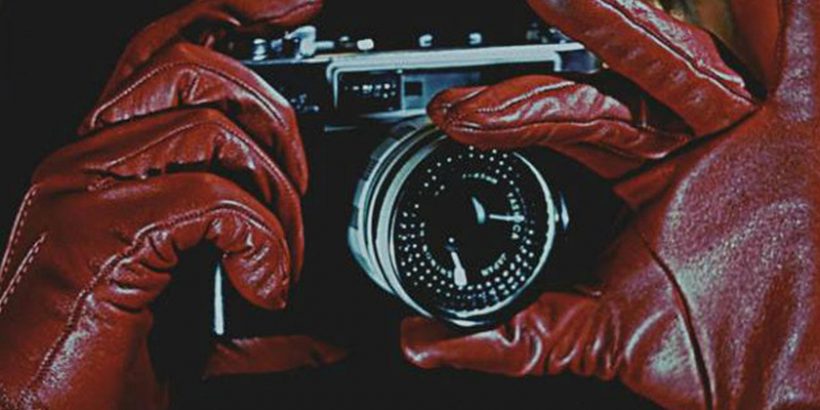 Police Inspector Bruno Moretti (Luis Emilio Rodriguez) and Detective Benito Succo (Gustavo Dalessanro) are investing a series of brutal murders around town. Witnesses report seeing a woman in red near the locations of the killings, and the victims are found with ancient coins taped to their eyes along with notes from the killer bearing religious sounding quotes. The police determine that the quotations are from Dante’s Divine Comedy, so they turn to noted Dante orator and scholar Vittorio Visconti (Raul Gederlini) for insight. The police are familiar with Visconti because, fifteen years earlier, his daughter Francesca was kidnapped, and the case remains unsolved. Visconti still uses a wheelchair, having been partially paralyzed when the kidnapper attacked him that night. Nina Visconti (Silvina Grippaldi), Francesca’s mother, unable to fully deal with the disappearance, has had emotional issues ever since. Could these murders somehow be tied to Francesca’s disappearance? Is it possible that the mysterious woman in red is a grown-up Francesca, returned from parts unknown to carry out some hidden agenda?

Visually, Francesca looks like it could be newly discovered “lost Giallo” from the 1970’s. Writer/director Luciano Onetti is well versed in the style of those films and plays with the visual elements common to them. For example, the filmmakers use plenty of close ups, not of the actors, but instead of the gloved hands of the killer, inanimate objects related to the story, and of the faces of the dead. The attention to period detail even goes so far as the 1970’s style font used on screen for titles and to the film’s poster design, which looks like it could have been hanging up in cinemas forty year ago. While bold colors are often associated with Giallo, the filmmakers here go for the more muted tones of some of the more grounded films of the genre; they have added film grain and used a washed-out color palette to give Francesca the appearance of being an older film in need of a bit of restoration. The only place this illusion breaks down is during the one prominent dream sequence; it looks and feels a bit too modern and too digital. Interestingly enough, the rest of the film has a more dream-like quality, making the film feel authentic to the era.

The filmmakers’ dedication to period detail goes beyond the visual; Francesca sounds like a 1970’s era Giallo, as well. The score, by director/co-writer Luciano Onetti, is on target and captures a mix of groovy and creepy that adds so much to the film’s atmosphere. Dialogue, while not necessarily kept to a minimum, is still used sparingly, allowing the score and visuals to build the atmosphere. To give the film a stronger period Gialloesque feel, the film is dubbed in just-out-of-sync Italian. Granted, Italian is the second most popular language in the filmmakers’ home country of Argentina, but the decision to dub the dialogue is fully intentional and just adds the verisimilitude of the final product.

Giallo is a genre known for having confusing resolutions, sometimes to the point of seeming nonsensical. Some neo-gGiallo films, such as The Editor (2014) – a loving send-up of the genre, play this for laughs by including completely off-the-wall endings.  While this reputation is not completely undeserved, plenty of classic Giallo films are well constructed and logical, though still surprising, endings. Francesca continues this tradition with a great ending that the audience does not see coming but makes perfect sense nonetheless. The mystery is well done and there are a number of red herrings. The clues to what is going on are there, though, and, after the final shot, the audience can put it all together. The filmmakers allow the visuals to tell the story in the end with no need for a wordy epilogue. This creates a very satisfying experience overall for the audience.

Argentinian filmmakers Luciano and NicolÃ¡s Onetti are big Giallo fans, and their love for the genre comes through in the care they put into Francesca. It is not a send-up or parody of the genre; instead, it is a lovingly crafted homage. The Onettis speak the visual language of Giallo, using use the right amount of visual tropes of the genre to feel authentic without going overboard. The score and sound design further enhance the period feel of the film. Their recreation of 1970’s era Giallo is not just superficial; it goes beyond simply aping the genre stylistically. Instead, they also mirror the story structure and craft a fine little mystery that should satisfy even those who are not familiar with Giallo Francesca is an enjoyable cinematic love letter to 1970’s era Giallo cinema and is well worth a look, especially for fans of the genre. 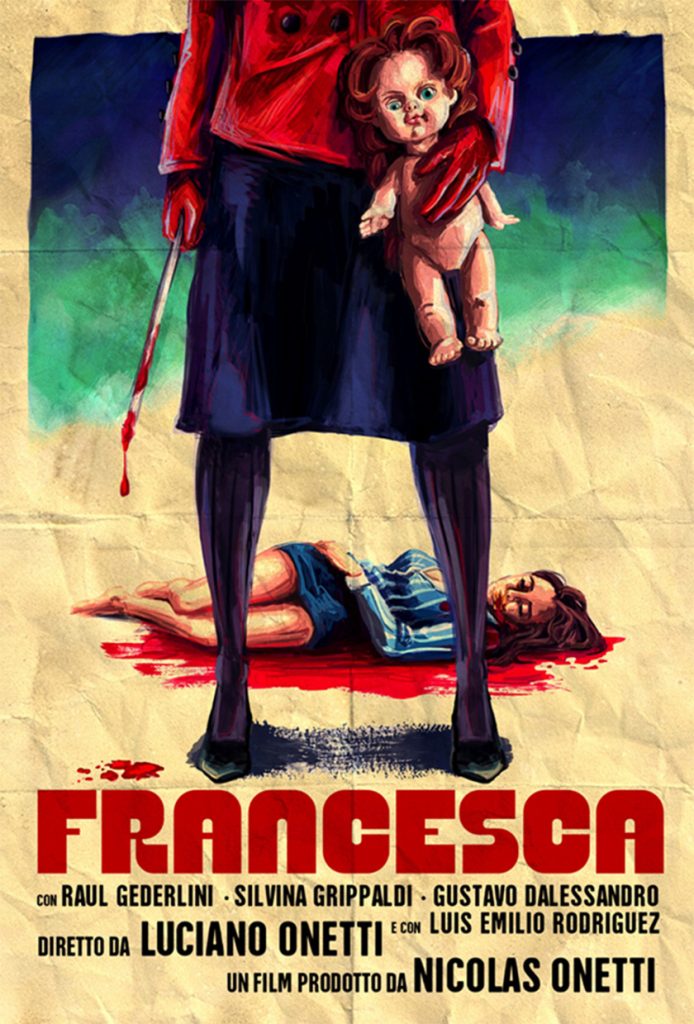 In the latest film from Michael and Shawn Rasmussen,  The Inhabitants, a happily married couple Dan (Michael Reed) and Jessica (Elise Couture) make good on their aspirations  of owning a nice, quaint bed and breakfast in a dozy New England community. They find themselves such a place up for sale, purchase it from the now […]

[Review] Dawning of the Dead (2017): A Creatively Titled Zombie Opus with Homages to Cherished Classics – by Rafe Telsch

Out now from Uncork’d Entertainment and filmmakers Tony Jopia, Nika Braun, Yannis Zafeiriou, and Alexander Zwart is the zombie opus – and creatively titled – Dawning of the Dead (2017). Taking place primarily in a newsroom studio, the film covers the zombie apocalypse while interrupting the narrative to show other areas of the world affected […]

Take a group of five friends heading out for their annual camping and partying trip. Throw in three fellow campers, Aussies at that, and a park ranger. Now consider that one of the five friends, unbeknownst to the others, is on the edge of insanity, and that one of the Australians is a closet rapist. […]