Some classic films really just should be left alone, as cheaply made sequels simply detract from their predecessors’ legacies. Such is the case with the 1987 classic Hellraiser. The first sequel, Hellbound: Hellraiser II (1988), is a big empty bore that strips the characters of their mystery. The second sequel, Hellraiser III: Hell on Earth (1992) lowers the bar even further, turning the series most iconic character into a mustache-twirling cartoon villain. After witnessing a bizarre death, a local news report researches a strange puzzle box found at the scene. At the same time, a sleazy nightclub owner finds himself in league with the otherworldly Cenobite Pinhead. To the film’s credit, the story avoids rehashing the previous entries in the series, going  in a new direction that follows (somewhat) logically from the previous two film while expanding upon some of the ongoing themes. Unfortunately, the details of the script a just plain dumb, with illogical events and contrived situations that completely ignore continuity with the earlier films. Damaging the effectiveness of the film further is its overall cheap look, from poorly done special effects to amateurish sets. 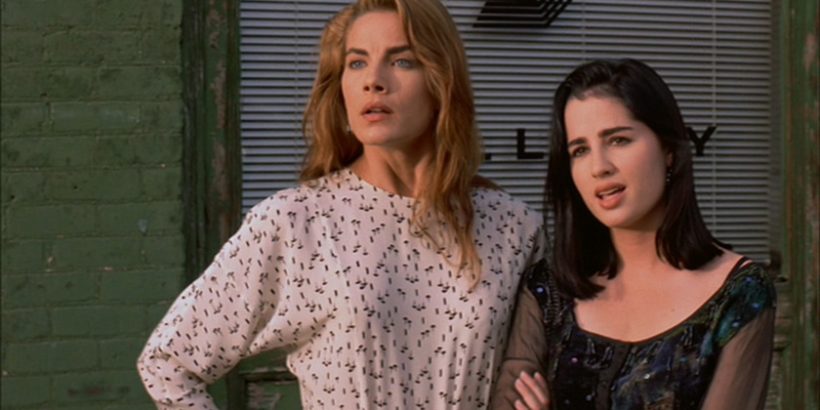 Joanne “Joey” Summerskill (Terry Farrell) is a local television news reporter who finds herself assigned to the emergency room beat at the emptiest hospital in town. Suddenly, paramedics rush in with a young man clutching a strange puzzle box and with numerous chains hooked into his flesh. After she witnesses the chains spontaneously ripping the young man to shreds, Joey tries to get more information about him and the puzzle box from Terri (Paula Marshall), the young woman who came in with him. They strike up a friendship and Terri tells her that the box came from a strange sculpture, a bronze version of the torture pillar from the earlier movies, that belongs to her previous boyfriend J.P. Monroe (Kevin Bernhardt), the owner of The Boiler Room nightclub. Meanwhile, J.P. gets bitten by a rat and accidentally splashes blood on the sculpture, awakening Cenobite Pinhead (Doug Bradley). Still trapped in the pillar, Pinhead consumes a young woman (AimÃ©e Leigh) to gain strength and makes a deal with the nightclub owner. If J.P. can help Pinhead escape from the pillar by procuring more blood sacrifices, the Cenobite will grant J.P. the ultimate in experiences. While dreaming about her father’s death in Vietnam, Joey is pulled into different dream – this one involving trench warfare in World War I. There, she meets a British soldier, Captain Elliott Spencer (Doug Bradley in a second role). He tells her the history of the puzzle box and the otherworldly creatures of pain/pleasure known as the Cenobites. Captain Spencer reveals that he is/was the Cenobite Pinhead and that his alter-ego is now loose in the real world. He tells Joey that opening the puzzle box is the key to sending Pinhead back to Hell, but that she should be careful because Pinhead will try and trick her into giving the box to him. The Cenobite wants the box so he can destroy it and remain in the real world  and create Hell on Earth. 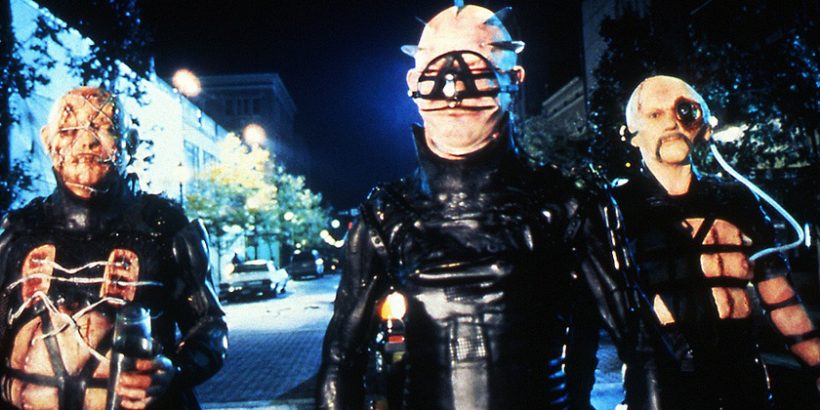 One thing that can be said for Hellraiser III: Hell on Earth is that, like the previous sequel, it is not a veiled remake of the earlier films in the series. Instead, it takes the story in a somewhat logical direction from the conclusion of Hellbound: Hellraiser II. It looks at what would happen if these characters and situations were let loose on the wider world. It also continues several themes present throughout the franchise. Much like Kirsty (Ashley Laurence), the heroine of the first two films, Joey has issues regarding the loss of her father, though to a much lesser extent. Characters seeking after knowledge and experiences and getting more than they bargained for are also present. J.P. fits the regular series mold of the hedonist whose desire for something more leads him to the pillar and the Cenobites. Joey, while the heroine, also gets in trouble due to her search. Instead of extreme experiences or occult knowledge, it is Joey’s search for “the big story” that gets her into otherworldly trouble. 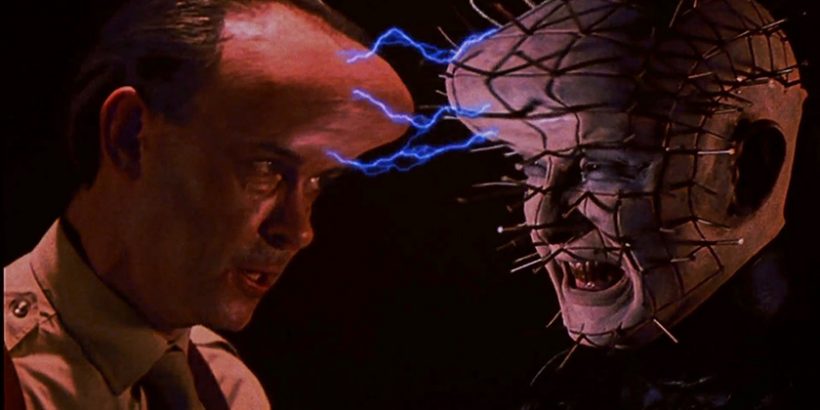 Unfortunately, while the story of Hellraiser III: Hell on Earth does go in an original direction, the problem is that the details of that story are just plain dumb. Things happen and characters do things not for any logical reasons, but because they advance the plot. The series’ earlier films establish that the Cenobites are explorers in the realm of extreme experiences. In this film, though, new Cenobites are simply created from dead victims, with no consideration for who they were in life. Character motivations are all off, as well. This is most noticeable with Pinhead, the breakout character from the series. Here, he is nothing like he is in the earlier entries entries. In the first two films, Pinhead comes across as completely amoral – neither good nor evil. He is also commanding presence who shows very little emotion. This is chucked out of the window in Hellraiser III: Hell on Earth. The Pinhead of Hellraiser III: Hell on Earth cackles gleefully while massacring victims and seems quite emotional. This is not the calm and callous leader of the Cenobites from the earlier movies. It almost feels as if the filmmakers are trying set up Pinhead as a wisecracking Freddy Krueger style character. This is a shame, as Pinhead is a central figure to the series, and getting him wrong pulls one out of the story. 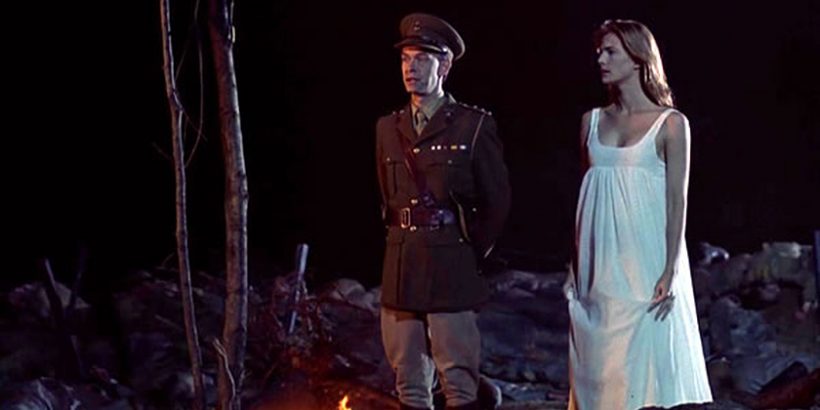 Probably the biggest strike against Hellraiser III: Hell on Earth is its overall cheap feel. In spite of reportedly having a higher budget than either of its predecessors, the film feels decidedly low-rent, especially in terms of special effects. When Pinhead is first revived and yet still trapped in the pillar, it just does not look convincing. There is no illusion of a being trapped within a solid bronze object. Instead, it looks very much like it is – Doug Bradley sticking his head through a hole in a foam piece that does not match the surrounding sculpture. When Pinhead strips Sandy (AimÃ©e Leigh) of her skin, the Skinless Sandy (Paula Marshall in a second role) makeup is a big step down from Skinless Laura and Skinless Frank from the earlier films. Luckily, Skinless Sandy is only shown briefly before being devoured by the pillar in one of the worst optical effects of the series so far. The bargain-basement treatment extends beyond just the special effects. The sets even suffer. The worst offender is the church set used for the finale. The walls and the altar appear to be made out of simple canvas flats painted white and speckled with black dots in an unconvincing attempt to look like marble. The production could not even spring for proper church pews, filling the set with wooden folding chairs. The filmmakers reportedly were unable to shoot in a real church due to the nature of the scene, but that is no excuse for such a poorly-rendered set. Honestly, and I say this without hyperbole, I have seen more convincing sets for high school productions. 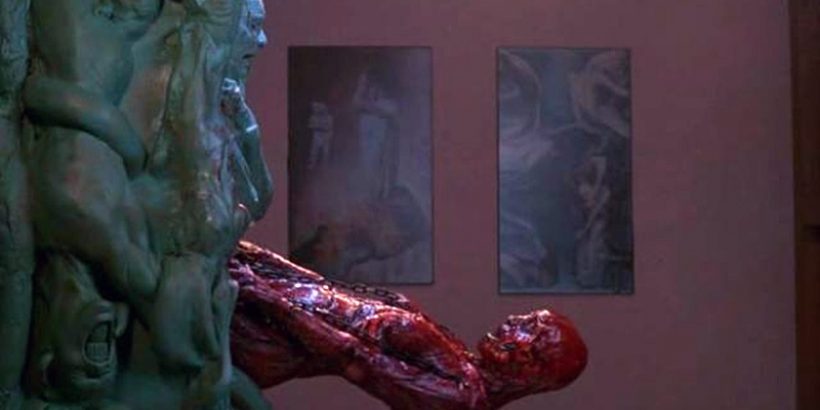 Hellraiser III: Hell on Earth sullies the reputation of the series. While it does try to continue the story in its own way and retains some of the themes of the series, that is about all that it does right. The details of the story are so illogical, and the character motivations are just plain off. The central character of Pinhead is so different from how he is represented in the earlier films that it feels like a completely different character. The special effects are hit-and-miss, with far more misses than hits, and the whole film has a cheap, low-rent feel to it. Hellraiser III: Hell on Earth is a bad misfire of a film that lacks just about everything that made the first Hellraiser so special. 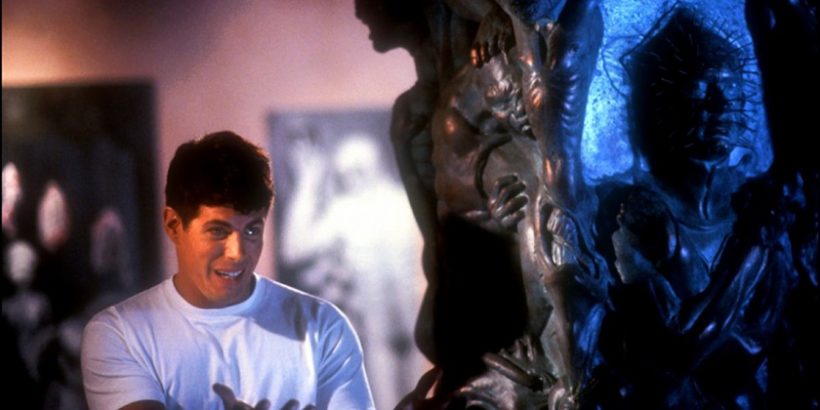 On episode 485 of Horror News Radio: The Grue-Crew review… THE LONG NIGHT (2022). Warning: possible spoilers after the initial impressions! Be sure to subscribe to the Gruesome Magazine YouTube […]

Writer/director Patrick Donnelly’s The Alien Report (2022) is one of the most ambitious and best-looking found footage features in recent memory. Boasting high-quality practical and visual effects, including terrific footage […]

“Toxic Tutu” (2017 – Mad Monster Party): An Enthusiastic Look at the Fandom for The Toxic Avenger and Mark Torgl

It’s an almost true story that started way back in 1984… You don’t have to be a fan of Troma Studio movies to be familiar with their franchise freak, The […]