I’m gonna start this off by saying that next to the horror genre, documentaries, especially ones with obscure subject matter, is my second favorite type of film. So when our guru of grue Doc Rotten though this little movie about late 70’s, early 80’s Filipino exploitation star Weng Weng in the mix with the film The Search for Weng Weng, I jumped at it. I can say that this was easily the most enjoyable assignment I’ve had for Gruesome Magazine yet. I learned some stuff, was shocked by stuff and was genuinely entertained for it’s 90 minute run time.

Released in 2007, The Search for Weng Weng is very clearly a labor of love from exploitation fanatic and former cult video store owner Andrew Leavold. The subject matter and information is handled with such care and seriousness when it very easily could have been made into a joke. Leavold is seeking information and is taken on a wild ride through Filipino dictatorships, a bevvy of Pinoy (the term used for filipino exploitation) action stars and filmmakers all the way through to the slums of the Philippines where our titular star was born, adopted from and ultimately returned to pass away. 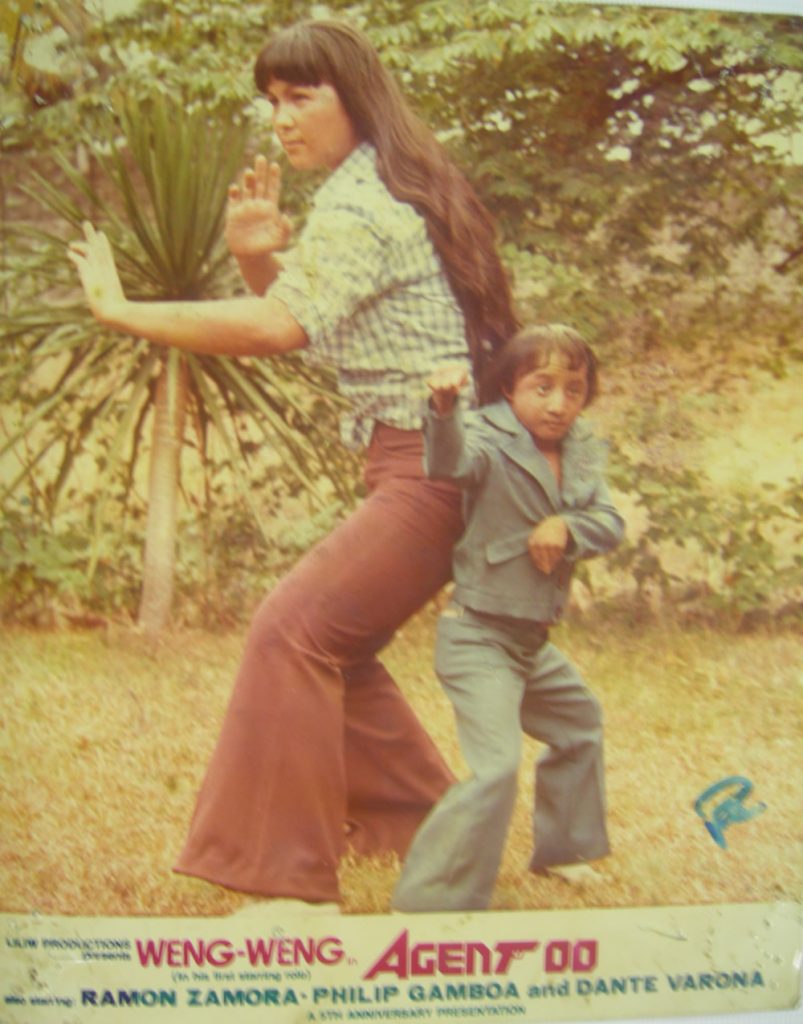 The life of Weng Weng, born Ernesto Dela Cruz, is a sort of tragic fairy tale that we see unfold as our director takes us through the aforementioned locales. I can’t properly put into words how engrossed I was watching this film. I knew of Weng Weng due to a documentary released a few years back called Machete Maidens, but what I knew was very very little. I’m always open to learning new things, especially when it comes to films or film making, and if you are like me, then this flick is definitely worth a watch for you. Alas, I’ve gone off the rails, back to the Weng. Weng Weng was obviously a very special dude. Charting in at two feet, nine inches, he was lovingly described as either a midget nor a dwarf, but as a beautiful human being like all of us. Karate enthusiast, stunt man, gun carrier and ladies man, the story of Weng Weng is nothing short of amazing.

Born to poverty, Weng Weng was placed in a shoe-box and put under a light for the first 6 months of his life. The dilapidated hut he and his family lived in, was quite literally built by leaves and sticks, housed no furniture and its floors were sinking into the ground. Enter the writing and producing team of Cora and Peter Caballes. Weng Weng was given to the Caballes team by his mother in the hopes that he would have a better life than she could offer. Almost instantly put into film, Weng Weng became sort of the unofficial face of Pinoy films, much to dismay of many, including members of the famed Marcos family. The actually count of films Weng Weng appeared in is considered to be around 7, possibly 8, but the actually count is not confirmed due to lost or destroyed prints or simply that they have never been released. 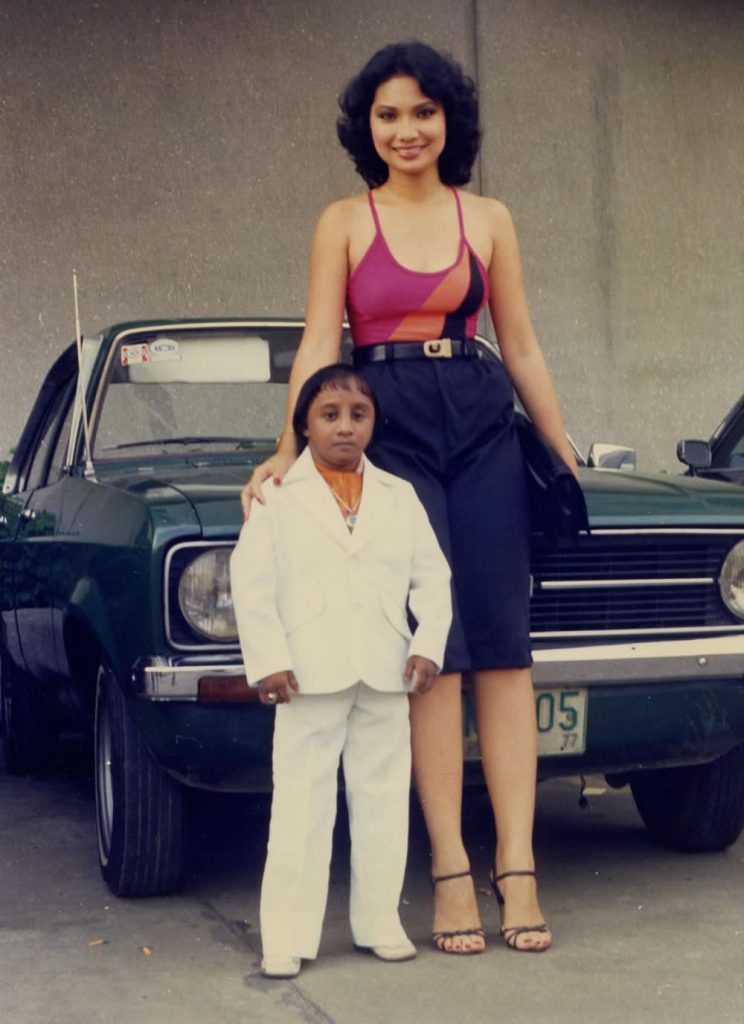 Our director receives the majority of his information from a sort of Pinoy version of the annual masters of horror dinner that takes place in a mall coffee stand. The guest list includes such exploitation greats as Roland Dantes, Franco Guerrero and director and frequent Weng Weng collaborator Eddie Nicart. The group trades stories back and forth about wages, women and our star. Weng Weng is remembered with love and laughter by all with stories ranging from Weng challenging martial artist Guerrero to a karate fight, cast and crew being afraid because Weng constantly had a fully loaded .25 caliber pistol on his hip or how he would beg and plead director Nicart to add love scenes so he could kiss his leading ladies. Unfortunately, through these conversations we learn that Weng Weng was constantly being taken advantage of by his adopted family, the Caballes’.

Adopted by the Caballes at a young age with promise of an easier life, as stated before, Ernesto Dela Cruz became Weng Weng and was almost instantly thrust into the exploitation scene. As we learn, however, the fame came with its fair share of problems. As told by many, Weng was treated almost like a dog in front of guests and was never really given any compensation for his work. Used almost as a tool, he simply became a means to money for the Caballes family, and when they decided to go in different directions, due to infidelities and career changes, Weng was quite literally dumped back where he was found and never given any sort of money or even a phone call from his supposed “family”. 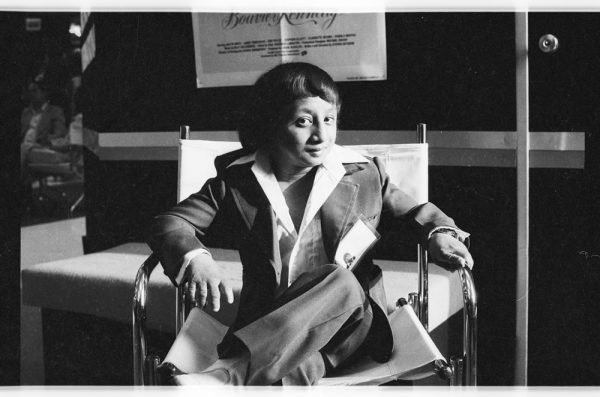 I’m sure you can see how Weng’s story ends, but I don’t want to talk about the tragedy, like many in the film, I’d like to wrap this up by celebrating the man who was known as “Agent 00”. This man’s story has made me begin to seek out the Pinoy films of the 70’s and 80’s. It made me wish I could be a fly on the wall for even one of the previously mentioned coffee house chats. I have even started to toy with the idea of starting my third podcast where only exploitation films are discussed. Truly, the weird, wonderful, tragic and exciting story of Weng Weng has inspired me to open my cinematic horizons to embrace the chaotic world of Pinoy.

If you want to be introduced to an exciting world of film you may not know about, or simply want to learn about an unconventional action star who lived and breathed fun and entertainment like few others before him and since, then I cannot recommend The Story of Weng Weng enough. Trust me. Totally worth it.

The Search for Weng Weng – Big Surprises in a Small Package 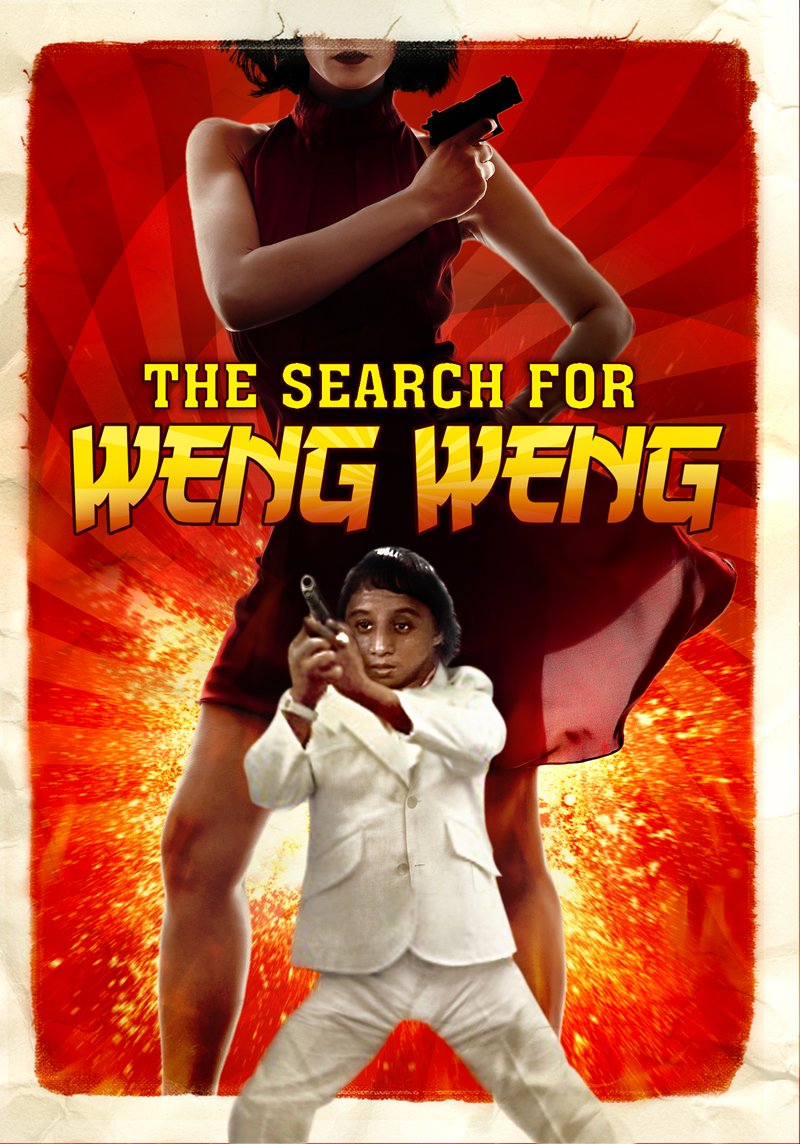 [Review] Don’t Ever Change (2017): Macabre Opportunity Knocks at the Door of a Notorious Criminal

Writer/director/editor Don Swaynos’s  Don’t Ever Change received a great deal of buzz on its film festival run this year, and for good reason. This deeply dark comedy features a superb […]

Writer/director Finn Callan’s U.K. short film Guest is rich in spine-tingling atmosphere, from the bandaged appearance of its protagonist Mary (Melania Crisan) to the heavy sense of dread throughout to […]