The schlocky 90s era  adaptation of  The Fantastic Four  is the stuff of geek legend. Infamously made as a quick attempt by German production company Constantin Film  to keep the rights from leaving them before being buried, this version of Marvel’s First Family isn’t up to snuff with the Marvel Cinematic Universe films we’re getting now.  Far from it. It’s a low budget film without much money for costumes, sets or competent  early CG. Of course,  if one has seen this version of  The Fantastic Four it’s because of a poorly transferred VHS copy. And those who have watched that VHS transferred copy of this awful movie have one question on their minds: “How the hell did this happen?” Well, after over twenty years,  DOOMED: The Untold Story of Roger Corman’s The Fantastic Four  is here to answer that very query. 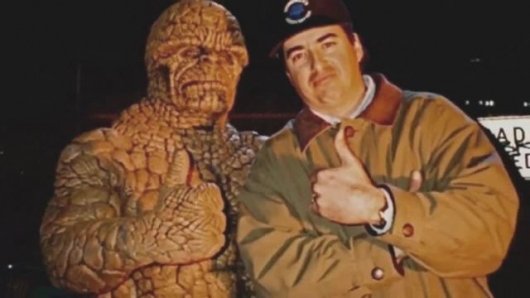 Featuring interviews with producer Roger Corman, director Oley Sassone and the core cast (Alex Hyde-White, Jay Underwood, Rebecca Staab, Michael Bailey Smith, Joseph Culp and Carl Ciarfalio),  DOOMED  is very much a rise and fall story in the vein of 2015’s documentary on the failed production of a big budget Hollywood Superman film  The Death of Superman Lives: What Happened?  However,  DOOMED  is focused on a much more constrained production. With a budget of only $1 million and a production schedule that stuffed  everything to the last few weeks of 1993/first few of 1994, the story that’s detailed in DOOMED  is one of daunting realization from the cast and crew who were none the wiser of Constantin Film’s plans to shelve the production until it was too late. Sassone and his cast/crew were under the impression that this would see theatrical release and put all their earnest energy into it. Through hardships as diverse as the need to change The Mole Man into The Jeweler for copyright reasons to costumes that didn’t allow much literal breathing room for the actors. 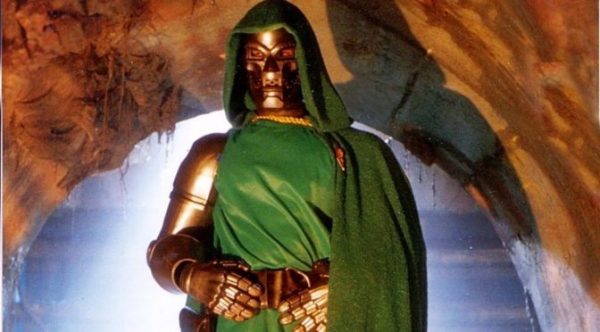 Honestly, that can-do gumption really comes across if you’ve ever seen the 90s  Fantastic Four. Even with the lesser special effects and awkward action scenes, everyone involved was clearly putting their hearts into their limited resources.  DOOMED  confirms this wholeheartedly with every interview. Oley Sassone emphasizes that he believed in the script and wanted to accomplish telling the story of a family coming together to fight against evil. Sure, that evil is Joseph Culp trying to emphasize Mussolini-style body language through a clunky Doctor Doom outfit, but the effort oozes through his ensemble. If anything, when compared to the three other theatrical attempts at a theatrical Fantastic Four  adaptation, the higher budgeted efforts  don’t even have half the sincerity of this one. Keep in mind, this adaptation  ends with the bendy arm of Mr. Fantastic stretching out through the sunroof of a limo and waving goodbye. 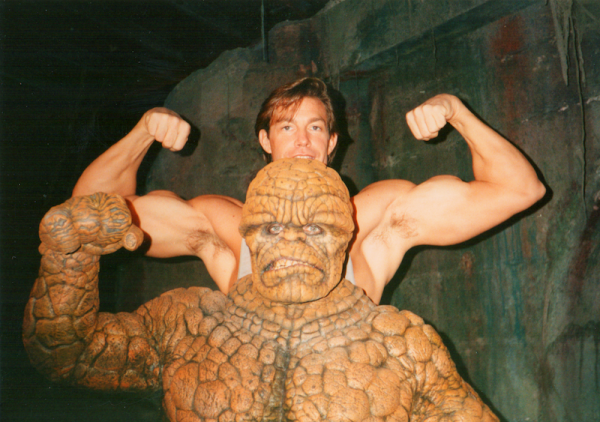 The regret and joy that comes from these people being interviewed shines through.  DOOMED  – while having the admitted production quality of a DVD bonus feature – showcases the same sincerity that shined through in the unreleased superhero adaptation. It’s almost reminiscent of the charming can-do spirit despite a clear lack of talent that gave us the more enjoyable works of Ed Wood. The type of “Let’s Put On A Show” gumption that makes the inevitable vanishing of this feature all the more tragic. At one point, the entire cast and crew tried to start up a grass roots marketing campaign until the studio sent them a cease and desist letter. They believed in this awful movie so much that they made convention appearances as their characters in the lead up to a release that never saw the light of day. Oddly, through the production of this lame duck  Fantastic Four  film, the cast and crew ended up becoming a binding family unit that wasn’t broken until the studio forced them to. 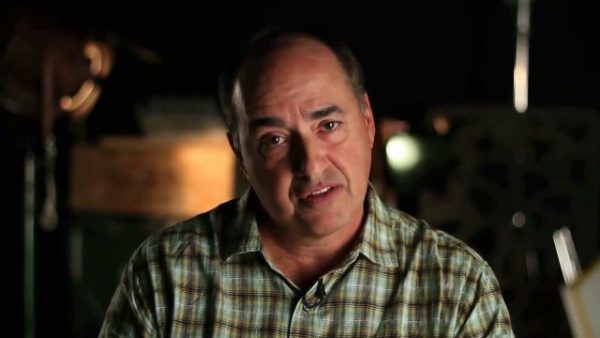 That commitment despite a lack of perception is the endearing heart and soul behind every interview in DOOMED.  Alan Hyde-White and Joseph Culp in particular lay out their resilient opinion that had this version been released in some form, it would have gained at least a small  audience. Even if it were to be released as a special feature on a blu ray of some new  Fantastic Four, they feel deserved attention could be paid to this film swept under the rug by the studio system. Then again, even Roger Corman and the other producers that were actually in on the fix aren’t painted as total maniacal bastards. Their biggest crime is more a lie by omission, one that I’m sure Corman hasn’t been above doing before or since in his career. Still, it’s one that even Troma head Lloyd Kaufman – known for his own shady practices – was willing to decline when he had the potential access to the rights before Constantin Film took them up.  DOOMED  doesn’t seek to point fingers as much as asses the  facts of what happened and the fall out effects of this Fantastic Four  on those involved. Then again, it’s hard not to root against Corman as he smiles through the idea of not telling these passionate people their efforts would be all for not. 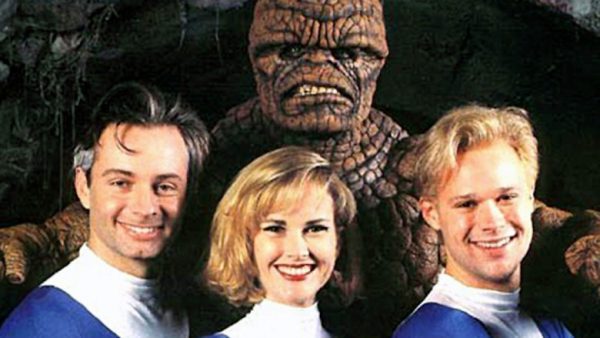 Despite not being released, this  Fantastic Four  didn’t have a lack of impact on those involved over two decades later. Seeing a forlorn Culp admit that despite being the job for a working actor, he admitted that he still looks back quite fondly on a role that so few have seen. The glimmer in their eyes over even managing to get a VHS bootleg at conventions shows the palpable passion that makes  DOOMED  a near Greek Tragedy. I emphasize “near” merely because the endearing message that  DOOMED  ends on is simply that life goes on. The sting could still linger, but one can get other jobs and be comfortable with their careers despite putting their efforts into something that’s shelved forever. Sometimes things are out of your control, especially on a superhero property that’s tied up in legalities and studios.  DOOMED  is an endearing, sad and fascinating blend of sincerity and bitter truth that serves as a constant reminder that big breaks can become big falls. Or, in this case, a big disappearances off the face of the earth.  Well, at the very least, they didn’t have a public shaming like Josh Trank with his  Fantastic Four  last year. The grass is always greener on the non-existent other side.

DOOMED: The Untold Story of Roger Corman’s The Fantastic Four  will be released on DVD December 20th.

Fair warning: There is no actual warning from Hell in writer/director Danny Pang’s latest feature, Malaysia/Taiwan/Thailand coproduction Warning from Hell. There are, indeed, some ghostly goings-on, and revenge seeking of […]

Breakfast is a gripping Australian shocker short blending body horror with another fright-fare aspect that would be criminal to spoil here. Written by Paul Beattie and codirected by Beattie and […]