It’s been 16 years since Full Moon Entertainment unleashed their evil clown Killjoy on horror fans, but he didn’t make the best first impression — or second for that matter.   Granted, you never go into a Full Moon movie expecting couscous, but their track record for tasty popcorn has been consistent throughout the years, but, in the beginning, the Killjoy saga wasn’t the tasty dish it could have been, even though its heart was in the right place.  For the first couple of entries, the series was worthy of its namesake as it effectively killed the joy of most viewers who went into it with even a semblance of optimism.   But then, in 2006, something amazing happened – Killjoy 3.   This would mark the first time now-mainstay writer and director John Lechago would inherit the reigns to the franchise, and ever since then  the series has been genuinely funny and wonderful satire.

Killjoy’s Psycho Circus  picks up right after where previous entry, Killjoy Goes to Hell, left off.  Having escaped hell and finally made it to earth, Killjoy (Trent Haaga) is finding life hasn’t turned out  the way he’d hoped.  His old gang – Freakshow (Tai Chan Ngo), Punchy (Al Burke) and former lover, Batty Boop (Victoria De Mare) – have all went their separate ways, and Killjoy is struggling to cope as a semi-mortal being living in a world where he’s considered an illegal immigrant and struggling to pay his taxes.  His web show has been failing since Batty left, and his merchandise just doesn’t garner much interest among consumers.  Then, on top of that, Beelzebub (Stephen F. Cardwell) is en route to earth in a spaceship to bring the runaway clown back to his eternal damnation. 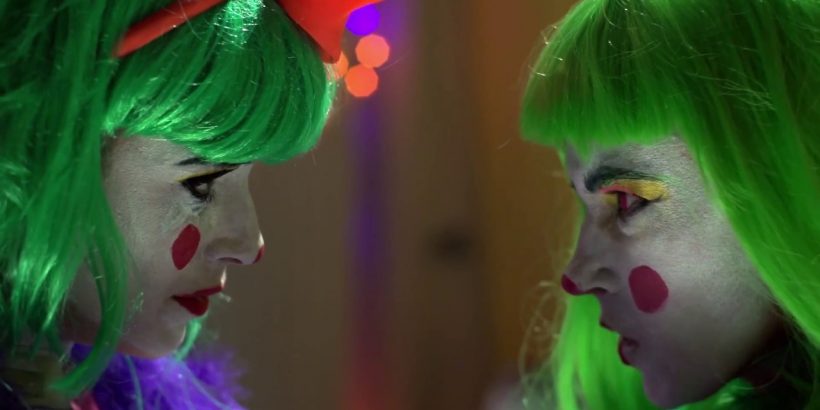 Now in its fifth installment, what’s most impressive about this series is how it continues to ramp up the ridiculous and surprise us with outlandish antics. Killjoy Goes to Hell  essentially applied the courtroom drama to slapstick horror comedy, but with Psycho Circus  what we get is a satire of commercialization culminating in sci-fi warfare of epic proportions.  The film is chock-full of wacky moments some will find obnoxious and others will find hilarious; it is a Killjoy movie after all, and there rarely seems to be common middle ground when it comes to motion pictures of this nature.  The sense of humor is for an acquired taste, and while it’s definitely not a  good film in the traditional sense, you can’t fault its ambition.  It’s ridiculously self-aware, self-deprecating and unabashedly silly; the plot is threadbare, but the jokes work for the most part and it’s never boring.

The film is not without its faults, however.  At times it does feel as if it’s dragging ever so slightly and not every joke hits the mark.  However, those who have enjoyed the last couple of entries will probably have fun with it, and it’ll no doubt win over some new fans as well (probably those who have encountered the film under the influence of a few alcoholic beverages, but that’s really what it was made for at the end of the day). 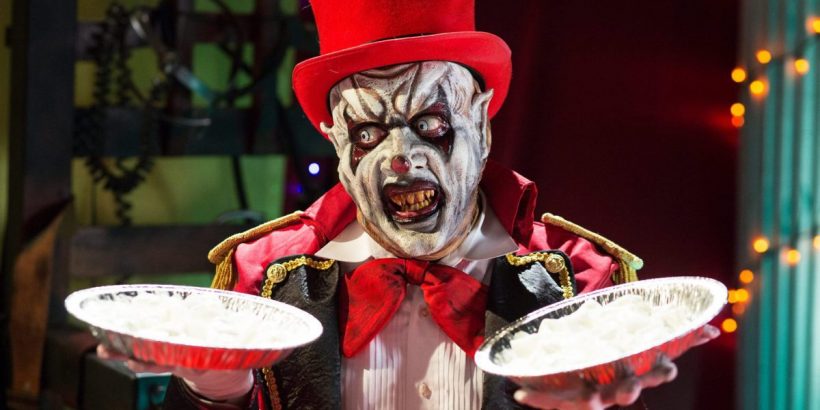 Overall, Killjoy’s Psycho Circus is mindless entertainment, but an ambitious effort that stands out from its predecessors in terms of scale and puerility.  In all fairness, credit must be given to this  series as – nearly two decades after its inception – it hasn’t outstayed its welcome.  In its own unique way, it continues to  improve slightly with every subsequent entry.  Horror has a rich lineage of evil clowns, and Killjoy and his Psycho Circus deserve some credit for their contributions.  I can’t recommend this movie to everyone, but if the idea of a clown evading Beelzebub and his giant spaceship sounds appealing to you, then you’ll probably like it. 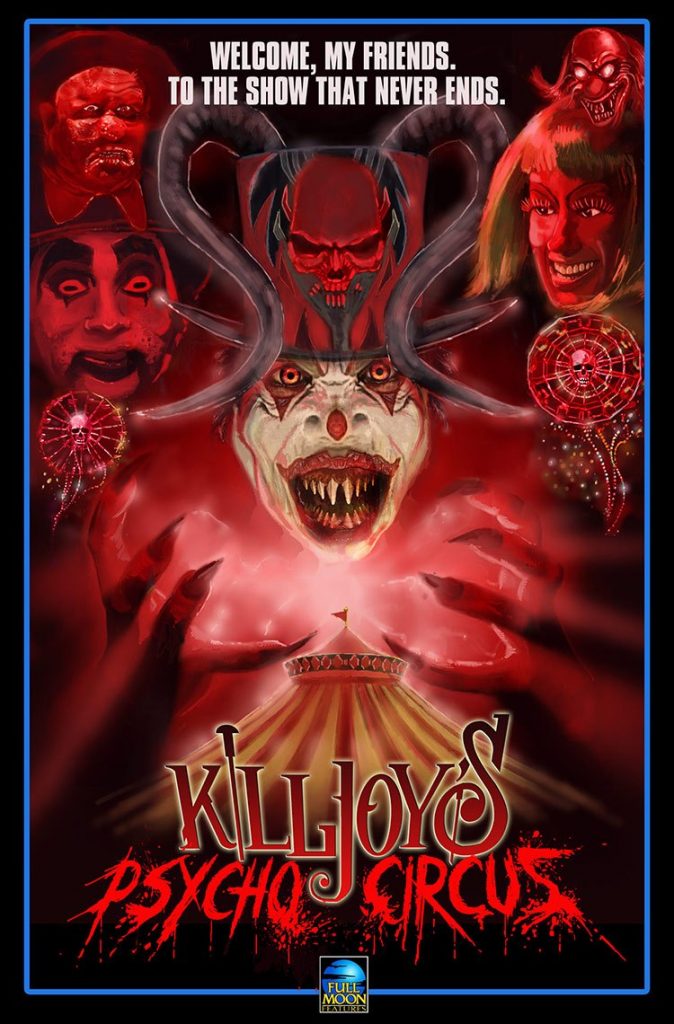 Joseph Perry reviews the short film Pronoia from Marevan Pictures and writer/director Nick Efteriades. The short features Stelio Savante as Jeff, Hannah Jane McMurray as Camille, and Lou Mastantuono (AKA Lou Mast) as a policeman, in an enigmatic neo-noir mystery thriller with science fiction elements. Jeff and Camille meet on a stormy night in a […]

I always try to root for non-theatrical, low-budget  films because oftentimes, maximum effort is put into them, although low budgets, new directors or  writers, or lack of star power can create an uphill battle. That being said, I ignored the warning postings and ventured into Chupacabra Territory.  Taking liberties with a film is fine; as […]

Prolific filmmaker Wendy Keeling delivers another terrific horror short with Sarah’s Dream. This tale of a possibly sociopathic young woman haunted by perhaps more than just a guilty conscience is highlighted by solid performances and a macabre sense of humor. Sarah (Bailey Ingersoll) is having a tough go of it after her father has committed […]