Originally titled The Divine Tragedies, Blood Brothers is based on the true crime story of Nathan Leopold and Richard Loeb, two wealthy students attending the University of Chicago who thought their superior intelligence would allow them to get away with the perfect murder. Several films and plays have been based on this story, the most famous probably being Hitchcock’s adaptation of Patrick Hamilton’s 1929 play Rope. It’s been strongly suggested that Leopold and Loeb had been homosexual lovers at some point, and that relationship was also hinted at in Rope. In Blood Brothers, half-brothers Charles Brubaker and Thomas Lo Bianco, portrayed by Graham Denman and Jon Kondelik respectively, aren’t gay lovers, but they certainly don’t hold back on the camp.

Blood Brothers follows the wealthy half-brothers Charles and Thomas as they act out on their violent tendencies. The movie opens, rather abruptly, with a scene of the two playing a cruel mind-game with a drug addict. They offer the man a pouch of heroin if he cuts off one of his fingers with a knife and then up the ante, offering a 1kg bag if he cuts off his finger with a rock instead. This twisted scenario should be a suspenseful, excellent setup for a movie about two brilliant, wealthy men manipulating people for their own sociopathic pleasures. Instead, the acting and dialogue are so over the top, it’s difficult to feel any suspense or fear, and that about sums up Blood Brothers. It’s a movie that can’t keep on the fine line between dark, humorous camp and splatter horror. Blood Brothers tries to be thrilling, intelligent, and shocking but the bad dialogue and hammy acting derail any chance of genuine fear or suspense. For instance, the two brothers are supposed to be seen as intellectual snobs. Instead, their pretentious banter often makes them appear more like two socially awkward dandies with slightly-above-average SAT verbal scores. Also, the interaction between the two brothers and their mother (played by horror-film veteran Barbara Crampton) seems more appropriate for a soap opera or Korean television drama than a horror film. 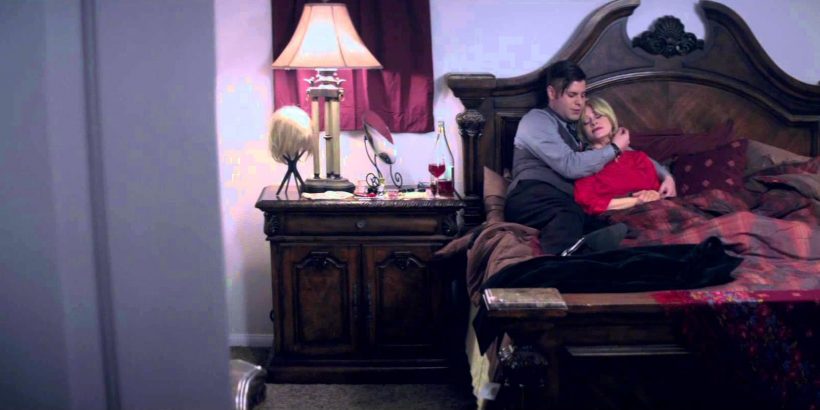 The brother’s brutal acts of aggression escalate and and they finally decide to try murder. After an initial, sad attempt, they pull it off, accomplishing what they think is the perfect murder. Unfortunately for them, detective Homer (Ken Foree) is on the case and he has a trick up his sleeve: the power of psychometry. Using his psychic powers, Homer works to prove that the arrogant brothers are guilty as they stay one step ahead of him. The murder affects Charles and Thomas differently and as the film progresses, we watch as their relationship with society and each other devolves. This campy, colorful movie boasts a cast of kooky characters and victims. The film’s shining, standout performance comes from actress Hannah Levien, who plays sensitive waitress Genevieve. Levien’s understated portrayal felt genuine and was a breath of fresh air in a movie that often resorted to over-the-top acting. In fact, Levien is so good that she plays an additional character: the street-smart Irish prostitute Vanity, and she does such a great job that you can hardly tell these two characters are played by the same person. Of course, what campy movie would be complete without a live-in, bedridden, overbearing, wine-loving mother (Barbara Crampton)? Crampton’s performance was competent and matched the style of the movie, but I would like to think they could have done more with her and her experience with horror and comedy.

Blood Brothers isn’t The Asylum-quality bad, but it’s just a step above. For instance, a recurring location in the film is a movie theater. I won’t spoil all of the things that take place in this theater, but the interactions are too laughably bad to be real, but too real to be farcical. That issue with tone happens quite a lot in the movie. It should be noted, however, that director and writer Jose Prendes makes a valiant effort at making something smart and different, and the film attempts to be visually stimulating with its use of bright, surrealistic colors, fantasy sequences, and stylized violence. Yet many of those triumphs are rendered ineffective by poor quality dialogue, hammy acting, and sometimes even cheap props. In fact, one of the most irritating things about Blood Brothers is that there are actually as many things to like about it (cinematography, art direction, and story) as there are to absolutely hate, leading to  confusion as to what the movie’s actual problem is. One has to wonder if the end product would have been better with a little more money and resources. Prendes shows a lot of potential as a horror filmmaker, so I hope we’ll see on his next outing. 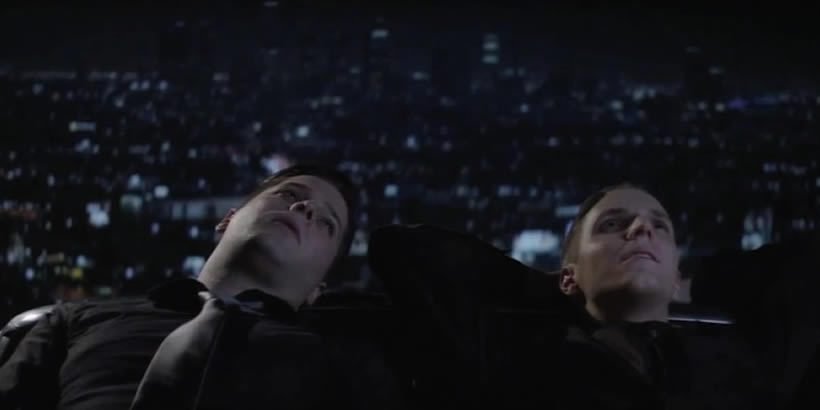 Though I didn’t find Blood Brothers scary or intelligent, I don’t think this movie should be written off. There is definitely an audience for this film, especially if you’re just a general fan of blood-and-guts horror. Blood Brothers is something you’ll watch at 4:00 A.M. or that you’ll enjoy with friends when the weather is bad outside.  Watch it for fun, and don’t expect chills, thrills, or a mind-blowing epiphany. 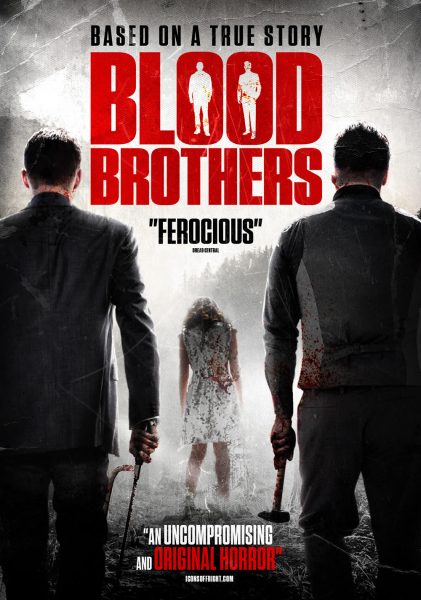 “Root of All Evil” (2016): Sarcastic Skeptics Get Their Comeuppances in Halloween Horror Short

Filmmaker Alex DiVincenzo’s Halloween-themed horror/dark-comedy short Root of All Evil is impressive, but even moreso when considering that it was made in less than two days and had to adhere […]

[Review] AMONG THEM – an exhilarating spiral into madness

Don’t make any plan for the immediate future after watching Among Them. You will be too busy thinking about everything you saw — or thought you saw — happening in […]

Dancing between found footage, video blogging, and conventional film, The Follower (2017) makes the most out of its concept of a ghost hunting Youtube celebrity, David Baker (Nicolas Shake) encountering […]