Filmmaker David Cronenberg is synonymous with the body horror subgenre, and one of his earliest effort is Rabid (1977), a tale of the unintended consequences of experimental plastic surgery. A plastic surgery clinic performs emergency surgery on a motorcycle crash victim, but they accidentally give her something extra in the process. She awakens with a thirst for blood and a stinger under her armpit that gives her victims a rabies like disease. As with much of Cronenberg’s work, there are strong sexual undertones to the violence. There are elements of body horror in addition to vampire and zombie tropes in the film. For all of the mayhem, the focus is on the effects upon the individual characters, making this a very personal take on an apocalyptic story. 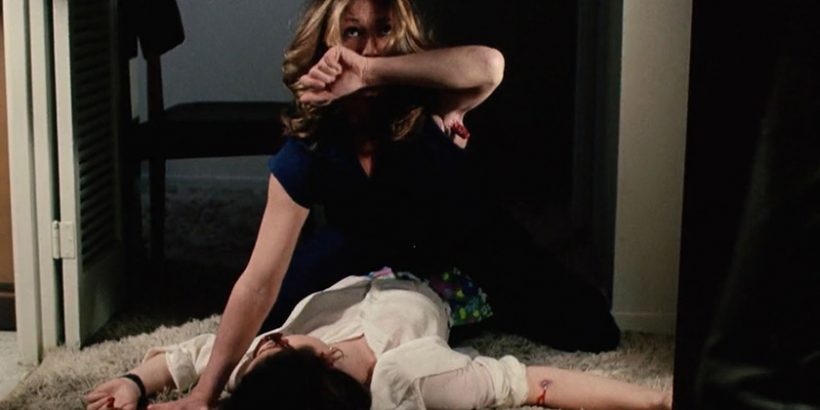 Rose (porn actress and former Ivory Snow girl Marilyn Chambers) and her boyfriend Hart (Frank Moore) are out for motorcycle ride in the Canadian countryside when they accidentally hit a van and crash in a field. Luckily for them, they crashed within sight of the Keloid Clinic, Inc., the first in a line of franchised plastic surgery resort clinics. Hart is only has minor injuries, but Rose is so seriously injured that she would not survive the three-hour trip to the closest hospital. As such, Dr. Keloid (Howard Ryshpan) decides to perform an experimental procedure to save her life. The procedure allows skin grafts from Rose’s thigh to dedifferentiate and redevelop into other kinds of tissue. Unfortunately, when Rose wakes from her coma a month later, some of the tissue has redeveloped into something nobody expected. She now has an extra orifice under her arm, and inside that is a pseudo-phallus/stinger. Rose also has developed an insatiable taste for human blood. She stings her victims and drinks their blood, but they do not die. Once stung by Rose, they develop a disease similar to rabies that causes them to attack others, further expanding the epidemic. The government declares martial law, but it is too late to halt the spread? 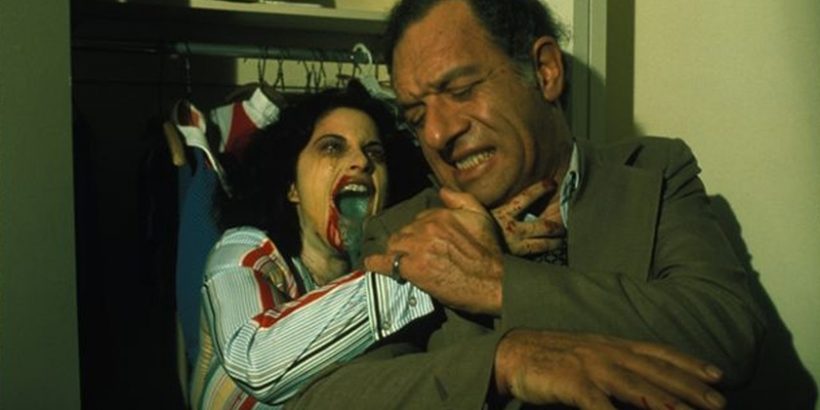 The films of writer/director David Cronenberg often combine sex and death, and Rabid is not exception. Whereas Cronenberg’s previous film, Shivers (1975), more directly tied together sexuality and disease, the sensuality in Rabid is a little more understated. Much like a traditional vampire, Rose uses her sex appeal to allow her to get close to her victims, and when she attacks, it is via an embrace. Her face shows an almost sexual ecstasy as she injects her victims while simultaneously drinking their blood. When with a male victim, it is almost a reversal of what had been traditional roles; the men are “penetrated” by Rose’s stinger/phallus. This is especially pointed in several cases where the victim is first acting in a sexually predatory way toward Rose, only to have her become the aggressor. One of the these attacks even occurs in a theater showing pornographic movies, underlying the sex/violence connection. The theme of sexuality is further enhanced by the fact that Rose is played by Marilyn Chambers, arguably one of the first pornographic superstars of the Golden Age of Porn in the 1970s. 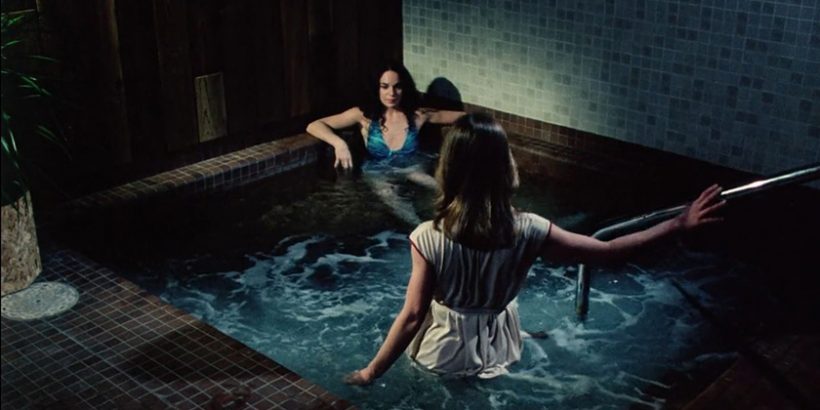 With its pseudo-phallus/stinger concealed in an underarm orifice, Rabid displays the beginnings of the body horror that is associated with David Cronenberg’s later films. The body mutilations/mutations do not even approach the heights of grue displayed in Cronenberg’s offerings such as Videodrome (1983) of The Fly (1986), but one can see a hint of what is to come in his career. Aside from the closeups of the orifice, the film is really not all that gory. There is plenty of blood, but very little grue. Those infected with the super strain of rabies are pale, have yellow discolorations around their eyes, and spit green foam from their mouths. They appear and act similar to modern fast-style zombies. This differs from Rose’s behavior. At times, she acts like the traditional reluctant monster, much like a werewolf; she knows what is coming and dreads it/tries to resist it. Once the hunger takes hold, though, she is portrayed in a similar manner to vampires, with whom she shares the taste for blood. In her vampiric state, she is a smooth predator who uses her sexuality to entrap her prey. One would think that body horror, zombies, and vampire subgenres would not work well together, but Cronenberg manages to balance them. He uses the tropes from each of these sparingly, giving the film its own unique feel. 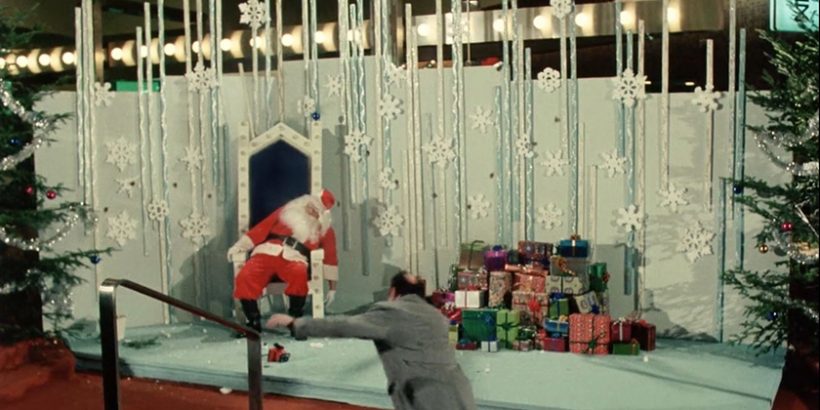 For a film that centers on potentially apocalyptic events such as an epidemic of homicidal behavior, Rabid has a very personal feel to it. One can see the scale of the events, with Montreal being placed under martial law and military death squads riding in garbage trucks to kill and dispose of the infected, but the focus is more on the individuals involved and their relationships. There is a love story here between Rose and Hart. Frank Moore may not be the most expressive actor as Hart, but one still feels the love that his character shares with Rose, and one can hear the pain and desperation in his voice as he pleads with her across the phoneline. Chamber’s Rose is tormented, a classic reluctant monster, that is, until she gets hungry. When clinic lawyer Murray Cypher (the great character actor Joe Silver) searches his quiet house for his wife and infant, the tension is high because the audience cares about the characters involved. Yes, there is a potential apocalypse starting to take shape outside, but it is the characters and relationships that matter most in the film. 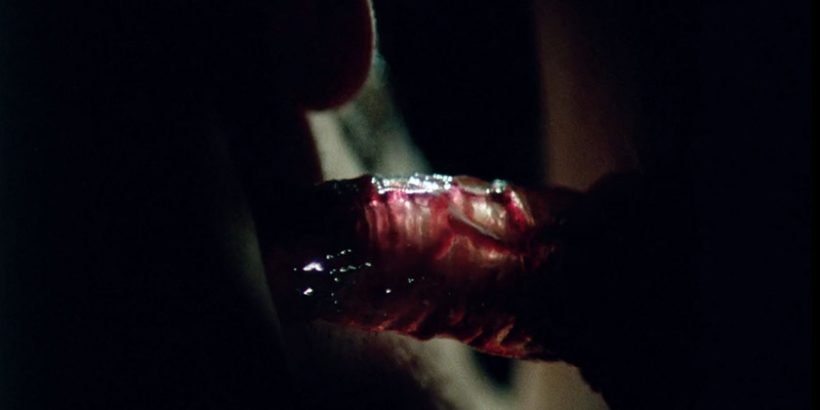 Rabid may not hit the heights of grue and aberration seen in David Cronenberg’s later films, but having a vampiric porn star with a pseudo-phallus/stinger hidden in an orifice in her armpit inadvertently causing a zombie-like outbreak of super rabies comes pretty close. The sexuality of many of Cronenberg’s film is more of at undertone here, akin to the sensuality seen in many vampire films. The vampire tropes are joined by those of zombie and body horror subgenres to produce something altogether different. The film involves potentially apocalyptic events, but they are downplayed in favor of personal moments that concentrate on the characters, which greatly increases the audience’s investment. It may not be the best of Cronenberg, but it is well worth a watch. 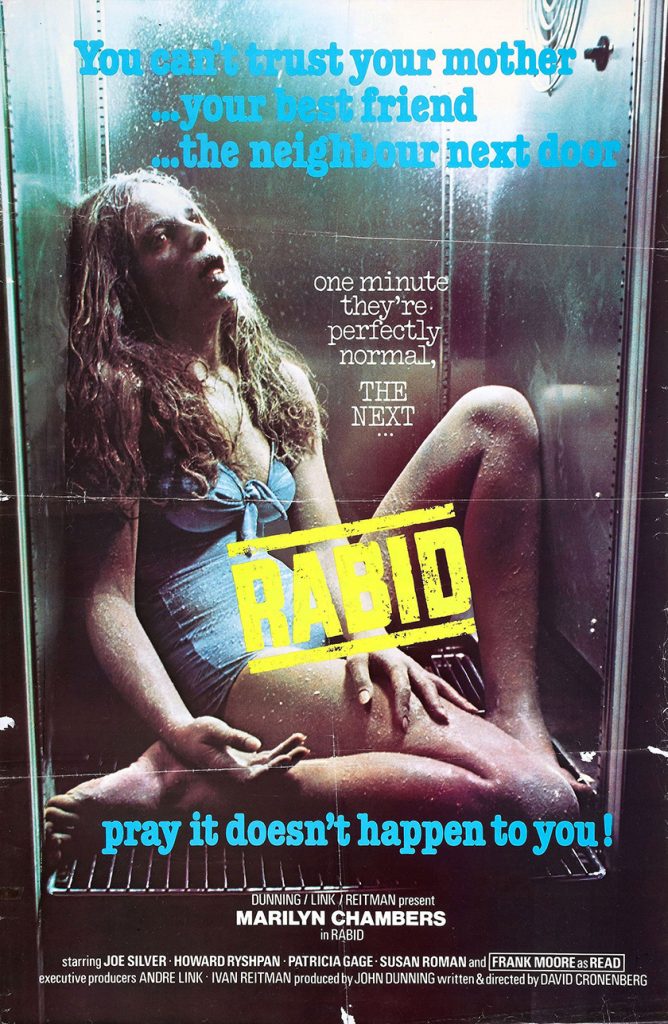 I am here to officially pour the first shovelful of dirt into the grave of Rob Zombie’s career as a film director. Now, before any of you decide that I have it in for the guy, allow me to say that it gives me no joy to say what I just did. Why? Because  I’m […]

[Review] It: Chapter Two in 4DX – A Night to Remember

Director Andy Muschietti’s follow up to his 2017 hit, It, debuted this weekend with a bigger and “badder” clown, an older and bolder Losers’ Club, and an even more ambitious story. It: Chapter Two takes place 27-years after the “defeat” of Pennywise (Bill Skarsgard) by our heroes. After a few killer clown-like deaths, Mike (Isaiah […]