A work of fiction that crossed into the real world in a horrifying and violent fashion – the legend of The Slenderman has been heard by many and misunderstood by most.   Mainstream media caught up with the craze when a pair of 12-year-old girls made headlines when they murdered a classmate and cited The Slenderman as the catalyst.

The folks at HBO Documentaries received unfettered access   to those involved in the case and the result is the upcoming documentary Beware The Slenderman.   A trailer just made its debut – and it’s terrifying.

“The traumatizing story of the so-called Slenderman has been circulating around the internet for more than five years, terrorizing children, scaring even hardened Redditors and creating an overwhelming sense of unease in anyone who runs across the tales of the supernatural figure. Born out of a 2009 meme, the chilling individual has been the source of folk tales, video games, and now, documentaries.

Brodsky uses the (fictional) disturbing figure to explore not only the effect that Internet lore has on real-life actions, but also how the digital age is saturating the imagination and actions of children.”

All HBO will reveal so far is that it’s Coming Soon – keep it here, updates as info warrants. 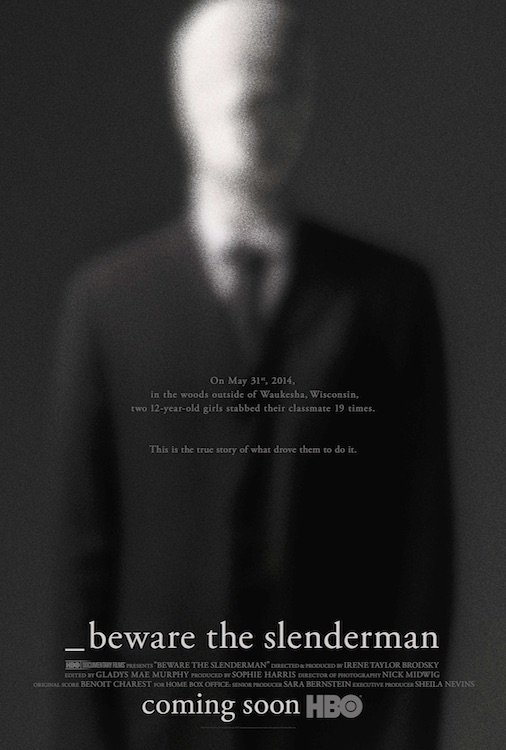 Looks like James Gunn is aiming to do for the DC universe exactly what he did for Marvel – bring us a fresh, funny, action-packed tour de force of filmmaking […]

It would appear that Warner Bros. may have some big future plans for two of the genres most beloved creatures.   News has broken that ‘KONG: Skull Island’ has made […]

Finally – it has arrived.   Before we say anything, even if you’ve already watched it a few times – let’s have another look at this little slice of wonderful! […]