Director Darren Lynn Bousman has been a respected name in the horror genre ever since he directed Saw II in 2005. He followed that up with the immediate sequels Saw III (2006) and Saw IV (2007). But rather than be known as “The guy who makes Saw films“, Bousman broke out of that cell and crafted the cult musical Repo: The Genetic Opera in 2008. He’s since continued to buttress his career with films like Mother’s Day (2010), 11-11-11 (2011), The Devil’s Carnival (2012), The Barrens (2012) and Alleluia! The Devil’s Carnival (2016). He even managed to squeeze in one of the segments featured in last year’s well received Tales Of Halloween (The Night Billy Raised Hell). His latest film is a really unique and refreshing take on the venerated haunted house sub genre of horror called Abattoir, and while it’s originality immediately put it a notch above your average haunted house film – it’s shortcomings prevent it from moving into the forefront of films in that sub genre. But it comes damned close! 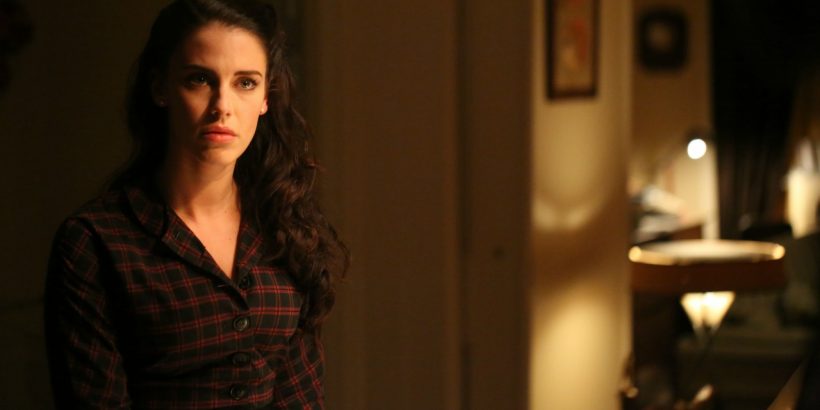 A mysterious man named Jebediah Crone (Dayton Callie) is travelling the country, purchasing homes where horrible tragedies have taken place. If a brutal event where someone was violently murdered took place in a home, Jebediah wants it. But it’s not the whole house he’s interested in, he just wants the room where the tragedy took place. Once he buys the home, he has the walls, floor and ceiling of the room in question ripped out of the house and shipped somewhere. But why is Crone buying all of these properties? Why is he ripping out particular rooms from them? And what is he doing with them once he has them? That’s what reporter Julia Talben (Jennifer Lowndes) wants to find out. 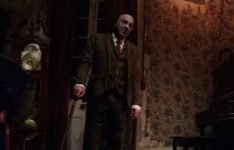 Talben learns of Crone’s unusual purchasing habits after he buys a home in which a tragedy occurred that she reported on. Her interest piqued, she does some investigating, and discovers that all the homes he’s purchased have something in common. They all have a connection to a town called New English, a strange little town where outsiders aren’t very welcome – and the town where Talben was born. So with her detective boyfriend, Declan Grady (Joe Anderson) in tow, Julia returns to New English to find out what Crone is really up to. But when she discovers what’s being built in the dark recesses of the town, she realizes that Crone had a reason for her to find out what he’s up to all along. 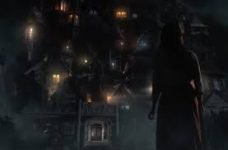 Abattoir takes place in the present, but it has a nicely nuanced noir look/feel to it. Bousman ladles on lots of 40’s style hairdo’s, smoky rooms/hallways and cover it with a (sometimes) retro sounding soundtrack (by Mark Sayfritz). Even the dialog in Christopher Monfette’s script has moments where if you close your eyes, you might think you were listening to a noir film. Happily, all the actors here have no problems with some of the wordier sections of the film, Lowndes gives Talben a plucky, can do kind of charm that immediately endears her to the audience. Anderson offers upon Grady a steely yet laconic aura that gives the character some heft, but he has the unfortunate tendency to mumble a lot of his lines. It’s Dayton Callie as Jebediah Crone who makes Abattoir his playground, and despite the fact that he’s only in the film for about 15 minutes total, he has a ball playing in it. Crone comes off as a prototypical old timer at first, but when he gets nasty (and he does get nasty here), his pussycat old timer turns into a roaring tiger. Making things even better, the one and only Lin Shaye appears here in a important supporting role and she does her usual excellent job. 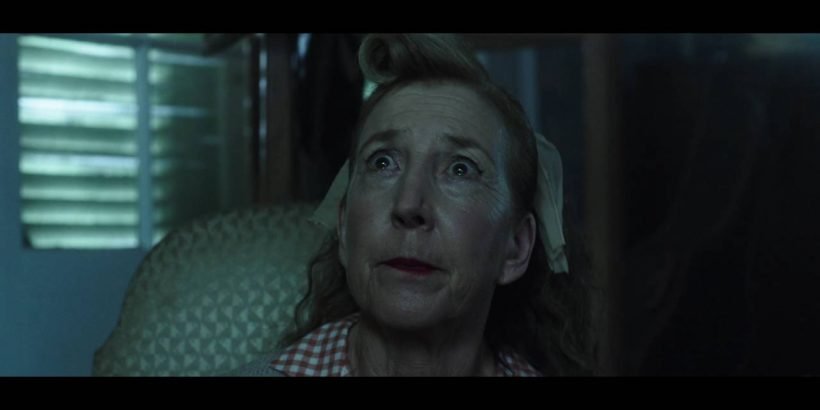 Abattoir was conceived as a piece in a multimedia that included a six part comic series, and a series for the Worldwide Web. The comic appeared back in 2010, and Bousman had some problems with the funding for this film for awhile, which explains the space between it and the comic series. One of the bigger problems with the film is that it feels like it isn’t fully fleshed out, like it’s a piece of a bigger puzzle that very few members of the audience are aware of. It sometimes gives off a made for cable vibe that weakens the footprint it’s attempting to make. It’s also especially dense at times, with characters espousing tons of dialog attempting to explain some of the headier concepts in the film. These scenes slow down the film quite a bit, but thankfully they never fully stop it. 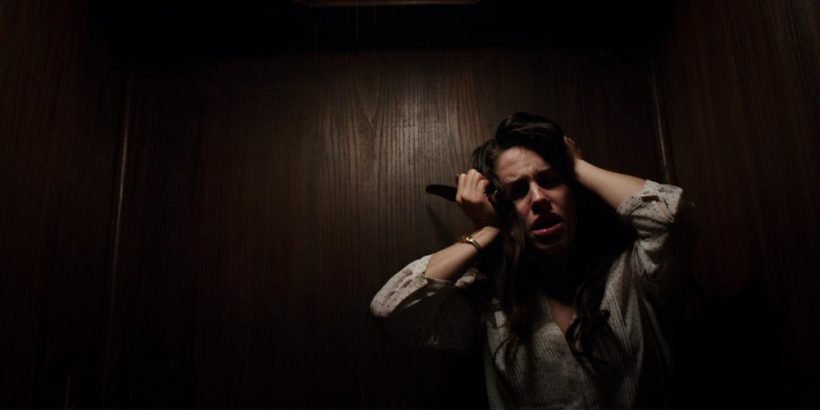 There are a lot of layers to be peeled back in Abattoir, perhaps too many, but I never felt overwhelmed by it all. Bousman and Monfette didn’t want to create the standard haunted house flick, they wanted to transcend it, the good news is that they succeed for the most part. But there are issues with it’s pacing, density, and an overall feeling of being incomplete because of its status of being a piece of a bigger overall puzzle and not a standalone film. But it is the most unique take on the haunted house genre I’ve seen in decades, and features some really good performances from all involved. Some of the special FX feel a bit dated (especially towards the finale), but they still manage to fulfill their function admirably. 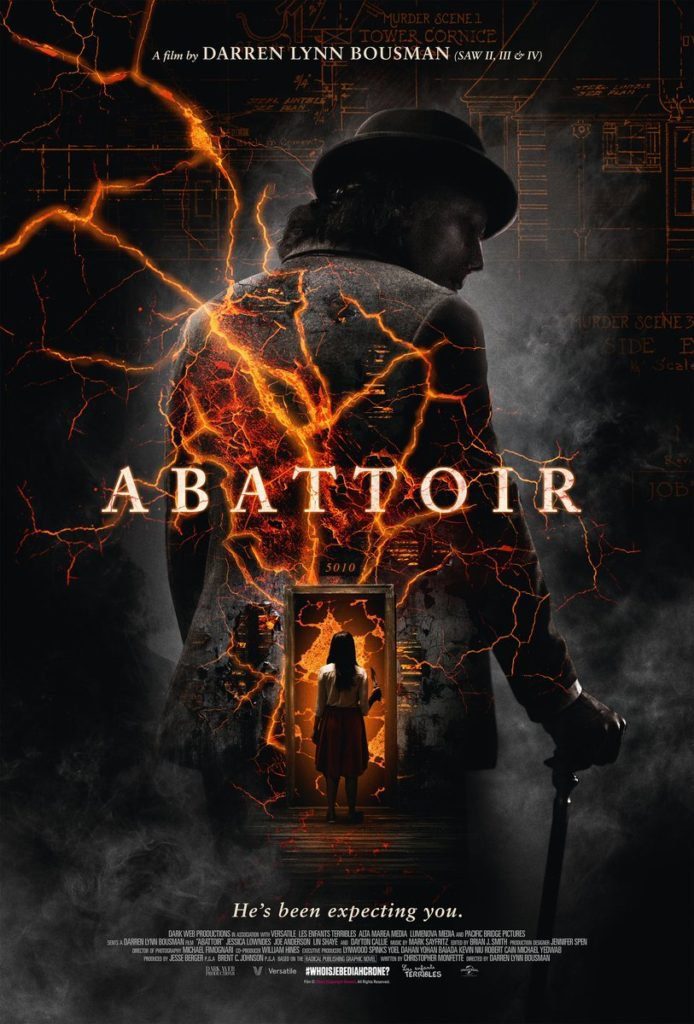 You might have noticed that I haven’t told you what Crone is doing with all of the rooms he’s been purchasing. That’s because I don’t want to ruin what I think is a really novel and fascinating idea, but trust me – this is a haunted house film at its core. A really good one. But Abattoir might divide audiences. Some won’t enjoy the deliberate pacing of it, some will revel in the density of the script as they peel away those layers I mentioned earlier. It definitely deserves your immediate attention if you’re a fan of haunted house films, and even if you aren’t a fan of that particular sub genre, it’s a nifty little horror film too. Abattoir is one of the better horror films I’ve seen this fall, and one of the most unique as well.

The brothers Luciano and NicolÃ¡s Onetti are Argentinian filmmakers and lovers of all things Giallo. Francesca (2015) is their second neo-Giallo film, following on the heels of their freshman effort Deep Sleep (Sonno Profondo) (2013). Two police detectives are investigating a series of gruesome murders inspired by Dante’s Divine Comedy. Could these killings somehow be […]

“The Black Tape” (2016): A Flawed But Fascinating Found Footage Feature

Whoa. Talk about a movie that had me back and forth on whether I thought it was good or not. Truly, The Black Tape, written and directed by Ramone Menon, is a movie that appears to be illogical, but then goes back and covers the holes in its logic, mostly in clever ways. I […]

“The Horde” (2016): Brings the Laughs, But Not Intentionally

The Horde is written and produced by Paul Logan,  who also stars, and is directed by Jared Cohn. I knew I was in for a treat when I looked up Mr. Cohn’s filmography and noticed that he has directed several movies for The Asylum. But nothing could  prepare me for the sheer joy I felt […]

SHADOW IN THE CLOUD (2021) Review – Amazing! Moretz is today’s Ripley

On episode 420 of Horror News Radio: The Grue-Crew review… SHADOW IN THE CLOUD (2021). Warning: spoilers after the initial impressions! Be sure to subscribe to the Gruesome Magazine YouTube channel to catch all the HNR episodes. And check out Patreon to see how to watch the recordings live! This is HORROR NEWS RADIO, the […]