I am a sucker for time travel movies, that is all there is to it. Whether they are beautifully constructed, self-consistent loops such as Primer (2004); enigmatic spirals such as Triangle (2009); or just plain damn-the-paradoxes, full-speed-ahead romps like Timecop (1994) [There goes my credibility.], I love them. As such, it is pretty much inevitable that I enjoy the indie, micro-budget found footage film RWD (2016). Two twenty-somethings head into the woods with their video cameras to record the latest episode of their web series “Ghost Goofs”. This time, instead of finding ghosts, they find themselves – quite literally, as they get caught in a time loop. The time travel elements are handled well, with nice call-backs to earlier action. The two leads are likable goofballs and keep the audience invested in their fate(s). The plot takes a different path to its expected destination, but it makes sense considering the personalities of the characters. At a brisk 77 minutes, RWD is a fun and interesting take on the genre.

Chris (Adam Hartley) and Ricky (Matt Stuertz) are two twenty-somethings with their own web series “Ghost Goofs”, where they investigate local legends in an irreverent style. They head into the woods to film their latest episode about a family that got lost and resorted to cannibalism. When they go to interview the descendents of the surviving members, they find the house locked, though there are indications that someone indeed may be there. While in the yard, they receive strange calls from themselves (!) and hints of other oddities, such as seeing someone skulking around the house. After they call the family and realize that they had simply told them the wrong day for the interview, Chris and Ricky head back into the woods to shoot more footage. That night, they find and enter a mysterious silo that leads to a much larger abandoned underground structure.  While exploring the building, they encounter creepy noises and  find themselves in a room with odd electrical equipment. Getting too close to a laptop hooked to the electronics, Chris vanishes in a flash, and Ricky is knocked out after encountering another copy of Chris and himself. Awaking together in the woods and seeing earlier versions of themselves in the distance, they find that they have somehow gone back in time. While slightly disturbed by this, they realize that they have a prime opportunity to screw with the earlier versions of themselves, such as by making crank calls to their phones. The pranks get more and more serious as Chris and Ricky find themselves repeatedly looping through time. Eventually, things get out of hand with multiple copies of the duo running around and goofing on each other in increasingly disturbing and lethal ways. 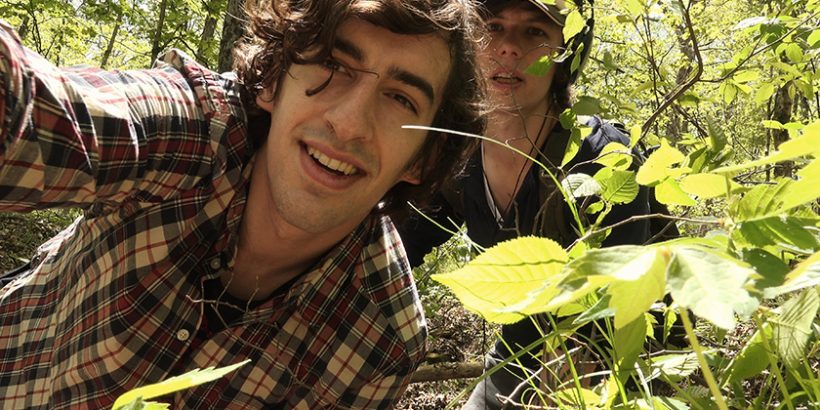 There are multiple ways time travel films can deal with the paradoxes inherent in the genre. Some allow the future to be changed, creating multiple times, e.g. Back to the Future (1985). Others are finely crafted and expertly plotted to manage to avoid paradoxes altogether, such as Nacho Vigalondo’s fantastic Timecrimes (Los ConocrÃ­menes) (2007). In RWD, writers (and stars) Adam Hartley and Matt Stuertz (who also directed, shot, edited, and scored the film) borrow a little from both playbooks. In the film, time is fairly fluid, though it also does display a type of internal consistency. The audience is often treated to seeing the same scene play out the same way multiple times but from different points of view along the timeline. This is always fun to see the effect and later learn the cause. At other points, the fluidity of time kicks in, with future Chrises and Rickies significantly altering events. The rules of time travel feel more rigid earlier in the film and seem to degrade as the story progresses. This actually is not a flaw; it feels very intentional. It is as if time itself is getting damaged by the characters’ repeated loops through it. 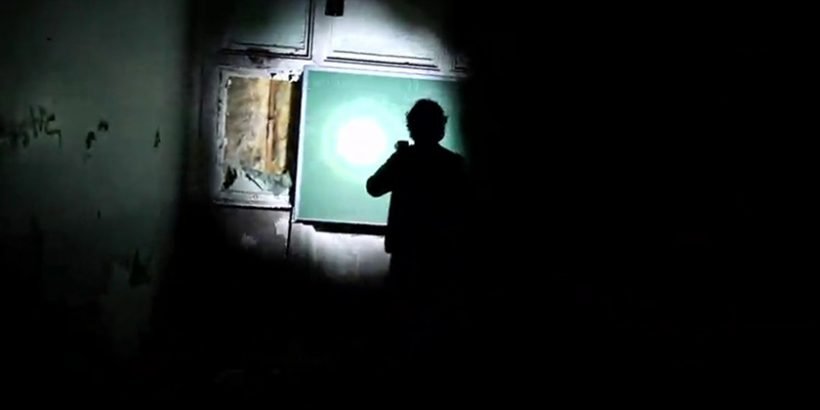 The characters of Chris and Ricky are likable goofballs. One can easily see them as stars of their own YouTube or Twitch channel. Their sense of humor fits with the twenty-something demographic and seems genuine. While some older viewers may find it hard to believe that these characters would use time travel to play pranks on themselves, those who have spent any time on YouTube would beg to differ. I could easily see someone such as Filthy Frank screwing with a past version of himself, even to the point where he inflicts serious bodily harm. There is a strange charisma to Chris and Ricky, and this is a key to the film’s effectiveness and appeal. The audience feels bad for them as they are harassed by their other selves, but then again, the viewers laugh along with Chris and Ricky as they call the past versions of themselves “pussies” and “cowards”. The closing credits take a page from The Adventures of Buckaroo Banzai Across the 8th Dimension (1984) and promise that Chris and Ricky will return; Here is to hoping that that happens.

The plot of RWD does not go quite where one anticipates. Ok, perhaps it does, but it takes different route than expected. Being a time travel film with a horror bent, one expects the characters to run across themselves and bad things to happen. It is the humorous elements and the “let’s screw with ourselves” mindset that sets it apart from other, similar films. This said, while it has humor, it still has plenty of horrific elements; things turn pretty dark. The plot does fall apart a little toward the end, as the audience loses track of one particular set of the duo. Chaos reigns for a bit, but this fits the overall theme of time travel causing corruption. Just as the rules of time travel seem to break down with the repeated loops, so do Chris and Ricky themselves. It is as if their moral sense is degraded by the multiple trips through time. As the they degrade, so does the narrative structure of the film. There is an ending, but it is perhaps not as strong as one would like. That said, it still is a satisfying conclusion and fits with the characters. 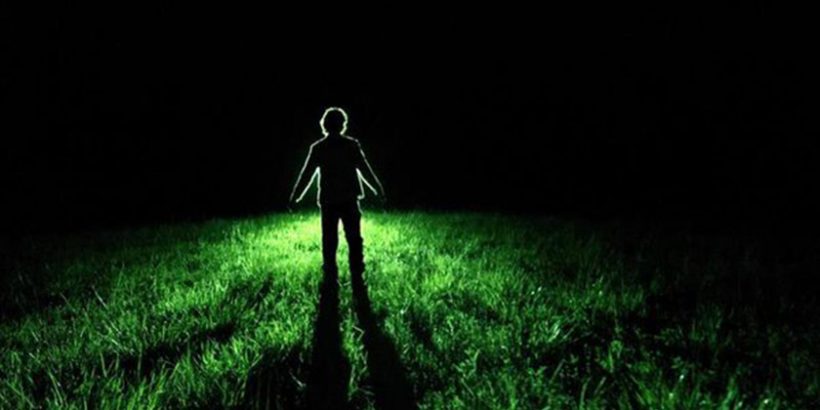 RWD is fun little indie mashup of time travel and found footage horror films. The filmmakers handle the time travel elements well, starting with logical callbacks and then breaking that logic and those rules as time itself appears to be damaged by the characters’ repeated trips through the time loop. The characters of Chris and Ricky feel genuine and representative of a certain segment of YouTube star; they are annoying goofballs that still manage to be likable and sympathetic. The film’s plot is derived directly from the personalities of the two characters and makes sense in a weird sort of way, degrading structurally as the characters and time itself are corrupted. The film-making team of Matt Stuertz and Adam Hartley show that they have the creativity and charisma to do a lot with a little by repeatedly travelling to the past in RWD. I look forward to seeing what they can do heading into the future. 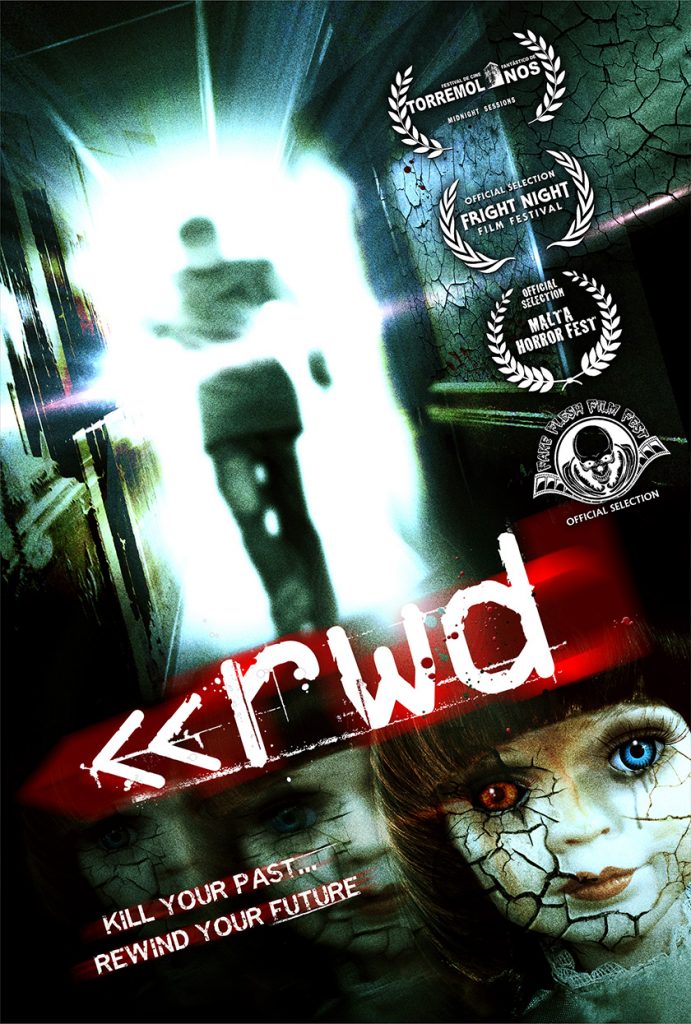 Director Corey Norman and his screenwriter wife Haley Norman have crafted a nifty throwback to 1980s horror in their short film Tickle (2014).  It’s Halloween season, and Trudy (Casey Turner) is babysitting 7-year-old Charlie (Andrew Lyndaker), who, naturally, would rather stay up past his  bedtime and watch scary movies with Trudy than go to sleep. […]

“Unleash the horde!” It may not be the greatest line in cinematic history — or even the best line in Big Top Evil — but it sure does put a smile on your face when you hear it shouted out and then watch as the abandoned factory doors open to release a horde of murderous […]

Writer/director Kevin Smith still has an independent spirit about him. The man who helped usher in the 90s independent film movement with  Clerks  and  Chasing Amy  has evolved over the course of his career. He’s a man who created a relatable universe for a specific type of Gen Xer geek hoping to find their voice […]

On episode 483 of Horror News Radio: The Grue-Crew review… SCREAM (2022). Warning: possible spoilers after the initial impressions! Be sure to subscribe to the Gruesome Magazine YouTube channel to catch all the HNR episodes. This is HORROR NEWS RADIO, the official GRUESOME MAGAZINE podcast. Back with Doc Rotten once again are the scariest, goriest, […]

“It’s elevens. Tens are for booties.” Shouldn’t that go without saying? Join your faithful Grue Crew – Doc Rotten, Chad Hunt, Bill Mulligan, Daphne Monary-Ernsdorff, and Jeff Mohr – as they cozy up to a film director Freddie Francis calls his favorite, which was originally released as Mumsy, Nanny, Sonny & Girly (1970) in the […]

Welcome to HEROES & DROIDS, your guide to pop culture movies and TV! This week we review… THE BOOK OF BOBA FETT (2021, Disney+) Episode 3 On HEROES & DROIDS, we discuss pop culture about Superheroes, Sci-Fi, Disney, and Action. From Marvel to DC, from Star Wars to Star Trek, From James Bond to the […]

“It is as I foretold. Gwangi has killed Carlos, just as he killed his brother Miguel. In a dream, I saw it…the great jaws snapping, the riderless horse. He was doomed and so will you be doomed, ALL OF YOU, unless the evil one is set free!”  Yup. There are definitely great jaws snapping. Join […]

MOST ANTICIPATED POP CULTURE MOVIES OF 2022

Welcome to HEROES & DROIDS, your guide to movies and TV shows about Superheroes, Sci-Fi, Disney, and Action. From Marvel to DC, from Star Wars to Star Trek, From James Bond to the Fast and the Furious, we will review the theatrical films and streaming delights you care about most! This week we take a […]

THE MOST ANTICIPATED HORROR MOVIES OF 2022

On episode 482 of Horror News Radio: The Grue-Crew present their… THE MOST ANTICIPATED HORROR FILMS OF 2022. Be sure to subscribe to the Gruesome Magazine YouTube channel to catch all the HNR episodes. This is HORROR NEWS RADIO, the official GRUESOME MAGAZINE podcast. Back with Doc Rotten once again are the scariest, goriest, bloodiest […]

“All we need is a little order around here.” And Jerry Blake is just the guy to make that happen! Join your faithful Grue-Crew – Chad Hunt, Bill Mulligan, and Jeff Mohr along with Vanessa Thompson –  as they revel in Terry O’Quinn’s stellar performance in The Stepfather (1987). Decades of Horror 1980sEpisode 197 – […]