What’s going on Grue-believers? Last night brought the two part season finale of Fear the Walking Dead with the first hour containing the mostly boring “Wrath” then followed up with the second hour’s “North”. In this review, I will only be covering the first part with the second part to come tomorrow. Why is that you ask? Well because there are a few things that warrant me staying up past my bed time and being tired at work all day. Fear the Walking Dead is most certainly not one of them! I’m sure you all knew that and most of you, I’m sure, agree with me.

On a good note, I am happy the season has come to an end because this show has been really hard for me to watch after its mid-season return. I have to admit, they duped me. I was actually interested in seeing where the second half of season two was going to go. For the most part, I was largely disappointed. The only positive for me was the development of Nick’s character. That is until the last ten minutes of part one last evening. What am I talking about? Well, read on my friends. 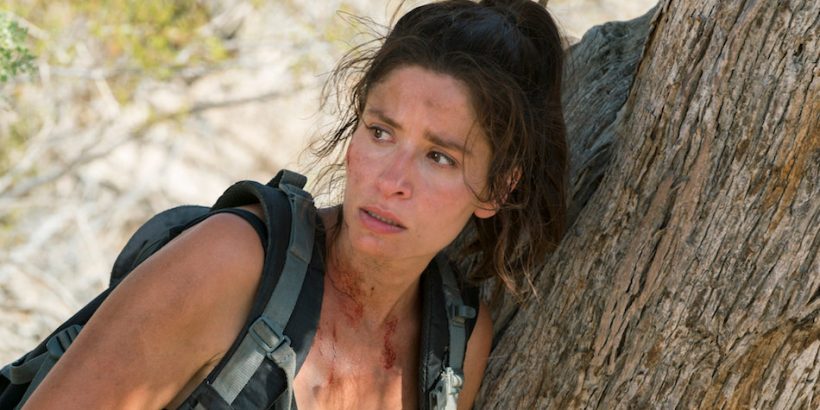 Largely, “Wrath” was pretty dull. I found myself on my phone monitoring the Steelers/Chiefs game from time to time. We started out the episode with Ofelia’s (Mercedes Mason) truck overheating and, as she was under the hood, she was attacked by three walkers which she dispatched with the claw of a hammer from inside the truck’s cab. Realizing there were plenty more walkers on their way, she grabbed her gear and darted  in the opposite direction.

At Colonia, Nick (Frank Dillane) sneaks out in the middle of the night to meet up with Reynaldo (Cuauhtli JimÃ©nez). They proceed to pilfer some Oxy from the infirmary and, once morning arrives, they head to meet up with Marco (Alejandro Edda).

Meanwhile, at the Rosarita Beach Resort, we have a tender moment between Travis (Cliff Curtis and Alicia (Alycia Debnam Carey). Alicia brings some food to a distraught Travis. Travis apologizes to her for not believing her that his son is a psychopath. Well, not exactly in those words, but you know what I’m getting at. 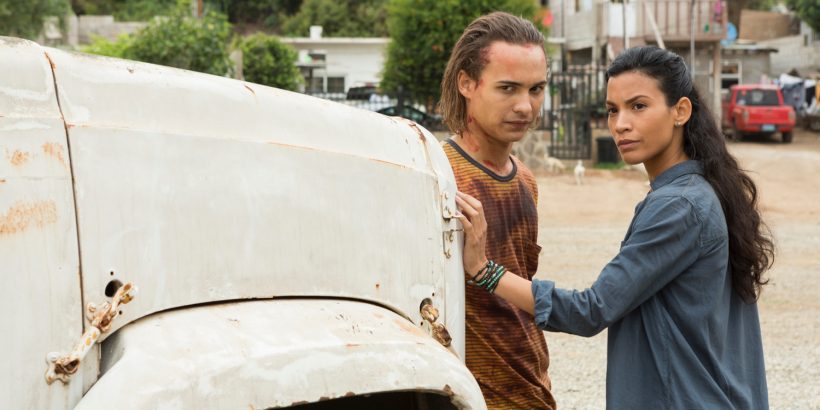 Back to Nick and Reynaldo’s Marco meeting, after handing the Oxy over, Marco informs Nick that he joined forces with a larger gang and is no longer in need of his services. Marco then makes a by the way comment stating that they will soon be on their way to dominate Colonia. As proof of his honey badger mentality, he draws back a curtain revealing a dead Francisco (Alfredo Herrera) and family. Being the nice guy, he is he gives Nick the head’s up to get out of Dodge.

In the lovely accommodations of the parking garage of the Rosarita Beach Hotel, Alicia is tending to the folks. There are two familiar rowdy guests who we recognize as Brandon (Kelly Blatz) and Derek (Kenny Wormald). They are trying to get attention for Brandon who is suffering from a dislocated shoulder. Madison (Kim Dickens) makes her way to them and they tell the tale of a car accident they were in due to allowing a 16 year old kid drive. Apparently the kid died in the accident (I say apparently because this will be discussed in a bit). Madison realizes that they may be talking about Chris and informs Strand (Colman Domingo) who in turn tells her it’s not the best idea to tell Travis in his current state.

Back at Colonia, Nick hands out “sorry”s to Luciana (Danay Garcia) for going rogue then heads to the infirmary to tell Alejandro (Paul Calderon) of Marco’s plan. As they argue, a turned patient shows up and goes off the cob,  biting Alejandro’s arm. Then, in a struggle with Nick, they fall to the level below where the walker bites the nose off of a patient and the finger off of another before Nick dispatches it by forcing his thumbs into its eye sockets. This, by far, was the best scene to this point. With his arm wrapped, Alejandro helps Nick and Luciana walk the other bitten folks to the bus gate and bid them adieu. 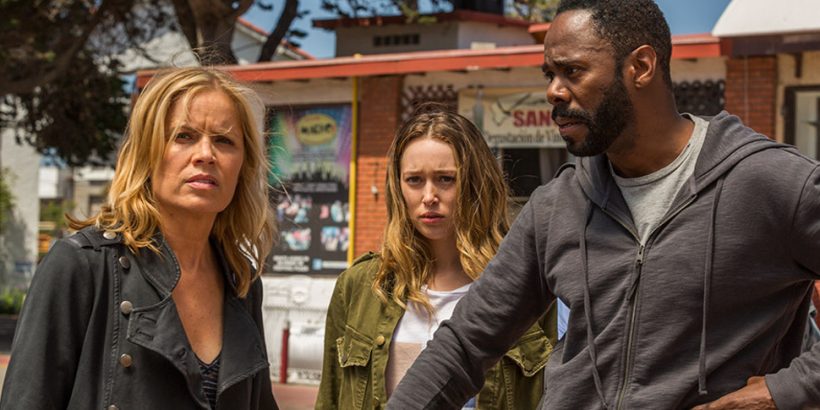 Nick heads back to his living quarters and begins packing for him and Luciana as they argue over leaving. During the argument, Alejandro steps in and Nick forces him to tell the truth about his immunity to bites. He admits he lied and that the original bite was from a patient not a walker and that he lied to give the people hope. Luciana is conflicted. Nick still wants to roll out. For the time being, they stay as Luciana tends to Alejandro whose condition is worsening.

Meanwhile  a weak arc that I could care less about is developing where Ofelia trudges through the desert and gets shot at. She hides but is found by the armed gentlemen who states “welcome to America.”

Now for the last part of the show, the decision was made to move Brandon and Derek to a private room but Travis spots them from the window and hurries out to meet them. After Andres’ (Raul Casso) resets Brandon’s shoulder, Travis begins his interrogation. They tell the story of Chris dying from the accident. A distraught Travis begins walking out of the room with everyone else but realizes that there was a difference in the stories told by the fellas. He begins to unleash the fury demanding the truth while beating the boys mercilessly, even when Oscar tries to enter Travis smashes his head in the door. 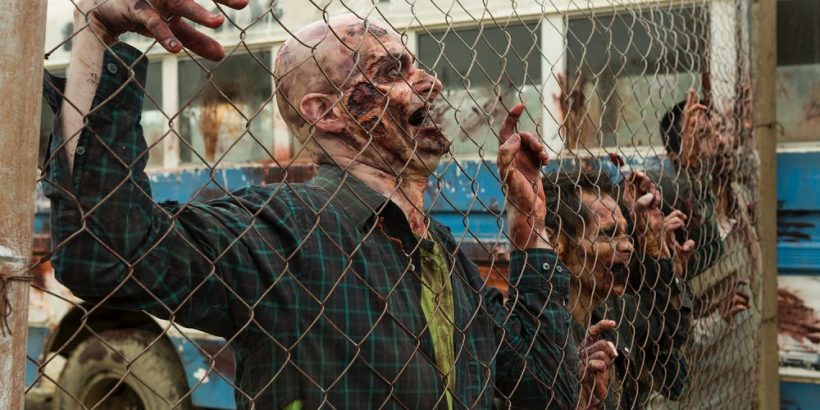 After the first round of the whooping, the fellas admit that Chris had a compound fracture in his leg and had crawled from the vehicle and they decided to put him down just like they did to their two past companions. An enraged Travis loses his mind and brutally obliterates Brandon and Derek to death. Putting his back to the door-frame, without any emotion, he  lowers himself to the floor as Madison rushes in along with others.

The aptly named Wrath was written by Kate Barnow and directed by Stefan Schwartz. As I stated earlier, most of the show did not garner my attention until the scene with Nick and the walker. From that point on I was intrigued. Watching Travis finally show raw emotion, succumbing to the news of his son’s demise seemed so real. I am actually interested to see what transpires in the last hour of season two

The first season is officially half way over. Perhaps I should say the only season is halfway over, but that  would  be wishful thinking. I tried to like this show, really I did. I even thought that episode two stepped it up a bit; however, any progress made in episode two digressed majorly in episode […]

Grue-Believers, how is you week going thus far? Mine, extremely busy! My day job has been tremendously eventful and my life outside of my day job has been just as hectic. It’s not easy trying to be the world’s strongest H&S Director and horror reviewer. As busy as I am, I never forget about y’all! […]