Allison Hillstead (Marie Barker) lives in a pretty nifty house that she inherited, but she still has bills to pay, so she’s on the hunt for a job. But just as she’s preparing for a job interview, she finds herself beset by a Wilderness Scout knocking on her front door – and some sort of creature with glowing eyes. And a machete. Suffice it to say that the job interview has been supplanted as the most important thing she had to do on this fine day, because now she has to figure out how to get rid of The Neon Dead! And that damned Wilderness Scout. But, as fate would have it, the damned Wilderness Scout has some information about Allison’s problem. Or rather, she knows who Allison should call for help – Jake (Dylan Schittina) and Desmond (Greg Garrison). Who are Jake & Desmond you ask? Why they’re the local paranormal investigators, who work together in a local WalMart-ish store when they aren’t tracking down otherworldly phenomena. And now, our trio of completely unprepared ghostbusters have to figure out who (Or what) is behind the mystery at the Hillstead home. 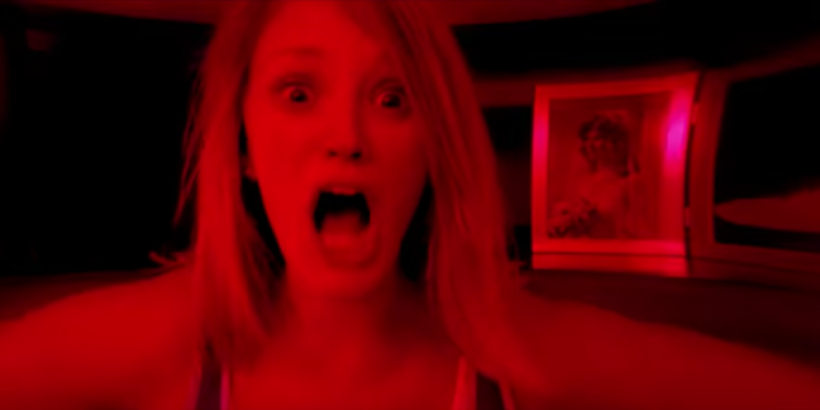 Once they discover the truth about what’s happening at the Hillstead home, you’ll be surprised to discover that it ain’t the usual, low budget Zombie tomfoolery that you might expect. Nope, this one turned out to be a bit more than that (Although at a reported budget of only $17,000, it’s definitely low budget). Unfortunately, Writer/Director Torey Hass’ script is far too convoluted to completely transcend its lack of budget. The script becomes a lot larger in scope than the film’s budget can possibly hope to translate into a good film, but it does the best that it can with what it has. 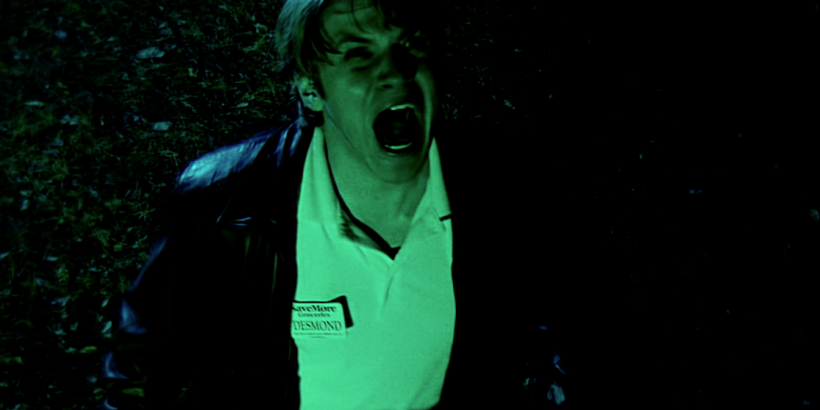 All three of the principals do a pretty decent job of spouting off some of the gibberish that passes as plot here (One of them has to do this with no body during the film’s final third!). Barker is especially winsome & appealing as Allison. Garrison and Schittina are believable as both best friends and paranormal investigators as well, and the trio help to center the proceedings with their performances. What eventually prevents The Neon Dead from overcoming its budgetary limitations is its wildly over ambitious script, which posits that the creatures that have appeared are actually servants of a demon who’s been around since the dawn of time named Z’athax, The Pale King. And Z’athax (“The most prolific serial killer in all of the dark ages”), wants nothing more than to make a comeback. The script then introduces a gang of voodoo zombies & a mummy(!) that just muck up the proceedings no end. 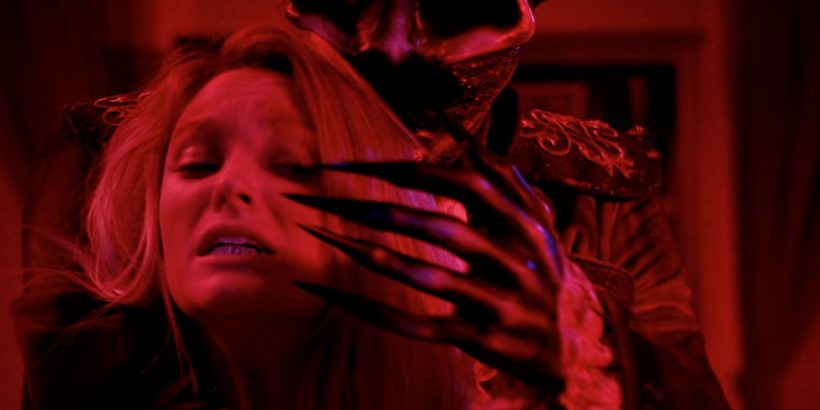 I’ve no problem with ambition. In fact, I don’t think today’s film makers are ambitious enough most of the time. If nothing else, The Neon Dead is ambitious, but it’s ambitious to a fault. Hass’ script is far too big for its own good. The inclusion of voodoo based zombies, and an ambitious backstory that probably requires a cast way bigger than there is here to properly flesh out the story on screen, don’t make Hass’ job as the director any easier to pull off. But he wrote it, and he knew what he had to work with, so I’ll be kind and say he does the best that he can with what he has. Indeed, the final showdown with Z’athax is very ambitious indeed, especially with Z’athax’ presentation as a giant stop motion animated creature! 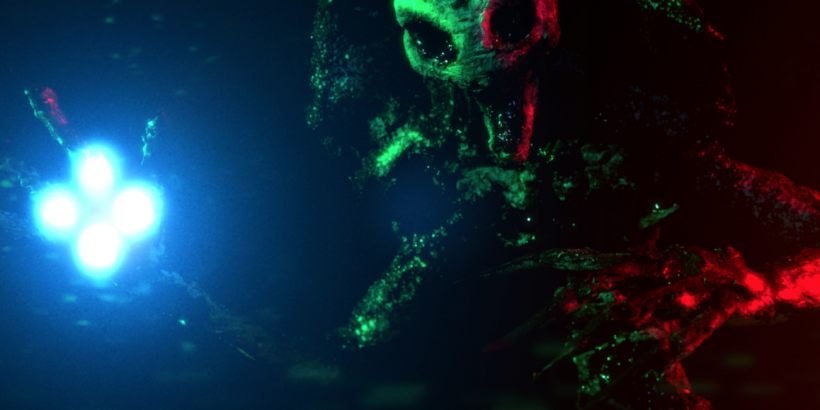 But Hass does a really good job keeping all of this nonsense fun. It certainly isn’t boring, with some really nice cinematography (by Nick Lauinger) and lighting reminiscent of what you saw in George Romero’s Creepshow (1982) keeping everything looking sharp. The design of the creatures, with their neon highlighted facial features is especially unique. I’ve pretty much seen it all, but I’ve never seen this kind of look in a horror film before – I rather liked it. The stop motion isn’t anywhere near Harryhausen quality, but it’s commendable nevertheless. Especially on that paltry budget. The Neon Dead has a really intriguing look to it, one that makes it stand out from the crowded low budget crowd of indie horror films. 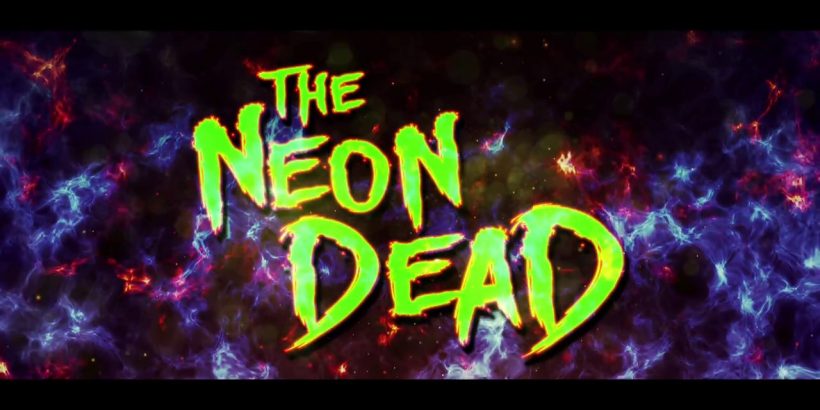 Originally titled “Invasion Of The Undead” (Good move in getting away from that generic title guys), The Neon Dead is a horror/comedy that isn’t exactly scary or filled with laughs. But it is entertaining, with good performances and FX work that made it far more enjoyable than I expected it to be. There’s even the promise of a sequel after the end credit roll that doesn’t sound like the worst idea in the world to me right now. Look to The Neon Dead for a pretty decent way to kill 90 minutes of your down time.

Burned out at working the graveyard shift at a Boston hospital, Louis Creed (Jason Clarke) decides to seek a quieter life by moving to rural Maine with his wife Rachel (Amy Seimetz) and their two children, Ellie (Jeté Laurence) and Gage (Hugo and Lucas Lavoie). The quiet lasts about 24 hours. On his first day […]

Child’s Play (2019) – Does the World Need Another Chucky Movie? Not This one.

Unlike a lot of horror movie franchises that start big then fizzle out over time, some to be rebooted for a new generation (Halloween) and some to forever haunt the “You May Also Like” pages of various streaming services (A Nightmare on Elms St.), the Child’s Play series has quietly chugged along, with varying degrees […]

Paul Cardullo returns to review another entry in the GenreBlast Film Festival. While the fest hosts a number of genres, this movie is a full-fledged horror flick of the weekend. Lilith’s Awakening (2017) is filmed in rich black and white tones with a deliberate pacing and exquisite  cinematography. Paul dives into what makes this film […]