As the political season ramps into full gear, you’re going to need a distraction – something to lure you away from the endless political ads and debates. What better way to do that than with some government sponsored mayhem.   That’s right! It’s time to once again Purge. The fine folks at Universal  Studios Entertainment are looking to make it easy for three lucky individuals. They’ve kindly provided Gruesome Magazine with three digital download codes to celebrate the Sept. 20th debut of Purge: Election Year  on digital HD.

The Blu-ray and DVD won’t roll out till Oct. 4th, so that’s a full two weeks worth of purging before anyone else gets to witness the madness.

Complete the Rafflecopter entry form below to enter for your chance to take the digital copy of Purge: Election Year  home courtesy of Universal  Studios Entertainment. You can enter once every day, the deadline is Midnight, September 29, 2016.


If you missed the film during its theatrical run, here’s a refresher on what this third chapter in the Purge franchise is all about:

“It has been two years since Leo Barnes (Frank Grillo) stopped himself from a regrettable act of revenge on Purge Night — the 12 hours of lawlessness. This year, the annual ritual comes at the eve of a heated presidential election with the nation deeply divided between those who are pro- and anti-Purge. As head of security for Senator Charlie Roan (Elizabeth Mitchell), Leo’s mission is to protect her during her controversial and contested run for president. But when a betrayal forces them onto the streets of Washington, D.C. on the one night when no help is available, they must stay alive or both be sacrificed for their sins against the state.” 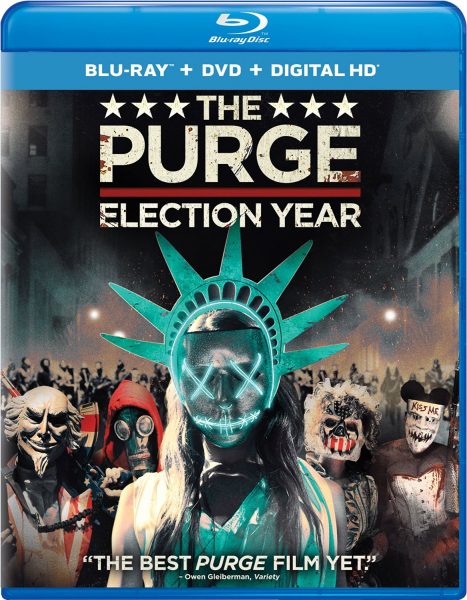