It would be easy for someone unfamiliar with director Ken Russell’s Crimes of Passion (1984) to lump it in with the glut of late 1980’s / early 1990’s erotic thrillers based solely upon its plot synopsis, but this would not do justice to the film. While sex and death are featured in screenwriter Barry Sandler’s script, the film is more of a character-driven drama, albeit through a Russellian filter. Kathleen Turner plays Joanna Crane, fashion designer by day, $50 hooker by night. Into her life come two men, a faux street preacher who wants to “save her” and an unhappily married man who has fallen in love with her.Things become dangerous as her two worlds begin to cross. With its themes of reality versus fantasy and Ken Russell’s signature style, Crimes of Passion is more than what it first appears. 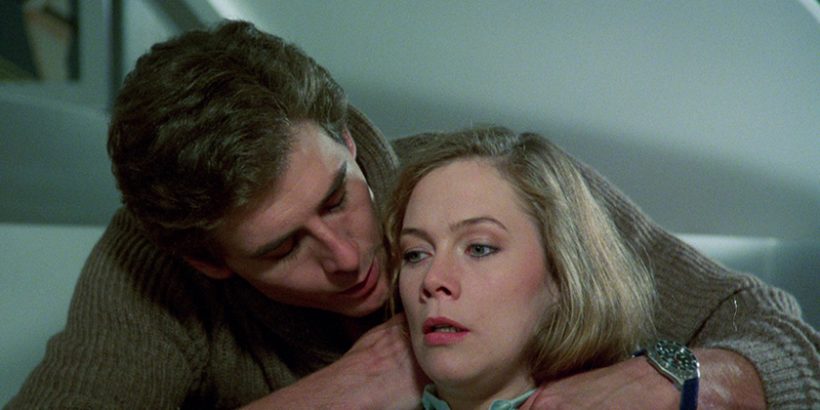 Joanna Crane (Kathleen Turner) is a high-end fashion designer. When Joanna’s employer wrongly suspects her of industrial espionage, he hires Bobby Grady (John Laughlin), a part-time security expert and the owner of a struggling electronics shop. Bobby tails Joanna to a seedy part of town and finds out that she is leading a double life; in the evenings, she dons a blond wig and becomes China Blue, a $50 hooker. China plays many roles for her johns, from beauty queen to rape victim, becoming whatever they desire to fulfill their fantasies. Even after their sessions are over, China still puts on a role for the johns, changing her accent and making up whatever personal history she thinks they might enjoy hearing. Bobby is in a passionless marriage with Amy (Annie Potts), and becomes obsessed with China/Joanna, going so far as to become one of her johns. Their relationship becomes much more than that of hooker and john when in it Joanna finds the closeness she has been avoiding and Bobby finds that passion he has been missing. Joanna realizes her two worlds are crossing over when Bobby shows up at her apartment, but she eventually welcomes this as their relationship becomes more “real”.. Meanwhile, a disturbed and conflicted man, Peter Shayne (Anthony Perkins), pretends to be a street preacher and hangs out in the seedy part of town. Shayne carries a bible as well as a bag of sex toys, including a rather dangerous looking, sharp, and pointy vibrator named “Superman”. “Reverend” Shayne becomes obsessed with China Blue, wanting to “save” her. Whereas Bobby’s obsession with Joanna blossoms into a genuine relationship between the two, Shayne’s obsession with her leads to dangerous and psychotic behavior. 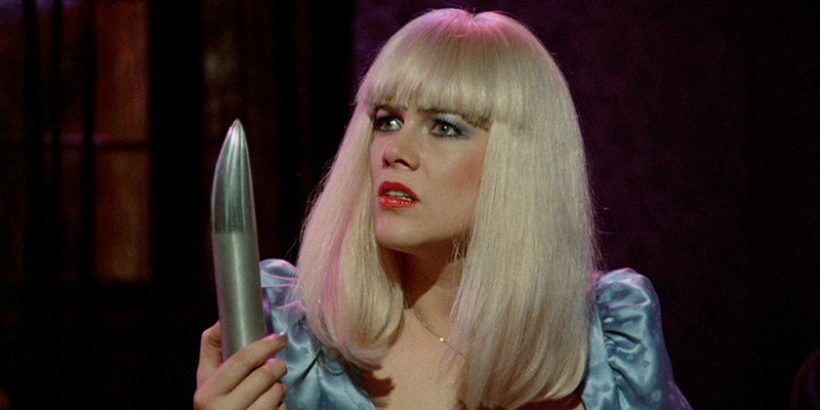 Crimes of Passion does have many of the hallmarks of the erotic thriller genre: obsession, sex, passion, violence, and psychosis. Yet, unlike erotic thrillers, these are not the focus of the film; instead, they are used to tell a character-driven drama about the masks people put on and the roles they try to play. Each of the three main characters, Joanna, Bobby, and Shayne, adopt personas to try and protect themselves from parts of life that they want to avoid. Joanna becomes China Blue to avoid anyone getting close to her emotionally. Even while acting as China, she plays further roles. Not only does she roleplay with the johns during their sessions, she even tells them “true” backstories for China, keeping them further from herself. When we first meet Bobby, he pretends that his marriage is going smoothly, partially in an attempt to convince himself that it is so. Later, he presents himself as security expert, ostensibly to earn some more money, but also to escape the boredom of his marriage and his struggling electronics business. Shayne plays to role of street preacher to try and deal with his sexual and violent urges. By pretending to be a preacher, he can still be near the objects of his desire, i.e. strippers and prostitutes, while telling himself he is “saving” them. In the end, all of them cast off their roles, with widely varying outcomes for each. 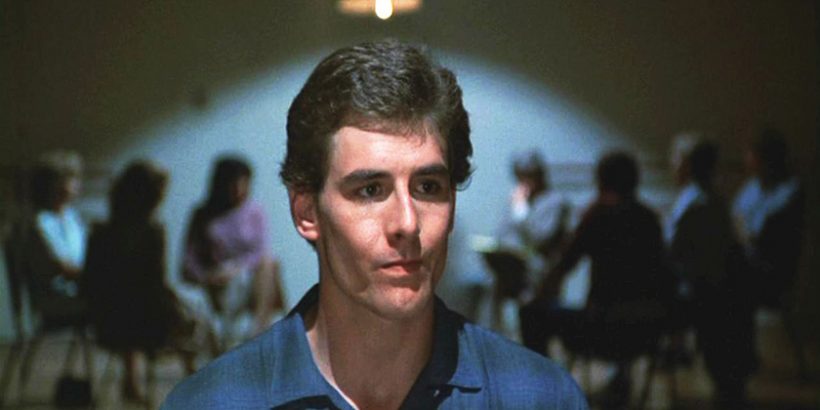 The breaking of this fantasy and being confronted with the truth of their natures is another key element of the film. Joanna is forced to come to terms with this when her two worlds cross over with the appearance of Bobby at her door and later with Shayne’s intrusion into her “real” life. Bobby has to realize that his marriage is failing and simply having an affair is not being honest with himself or his wife. At the point he and his wife both understands this, they have to take the painful step of ending their loveless marriage. Shayne’s realization that he cannot fight his sexual and violent urges lead to a far more dangerous and violent outcome. 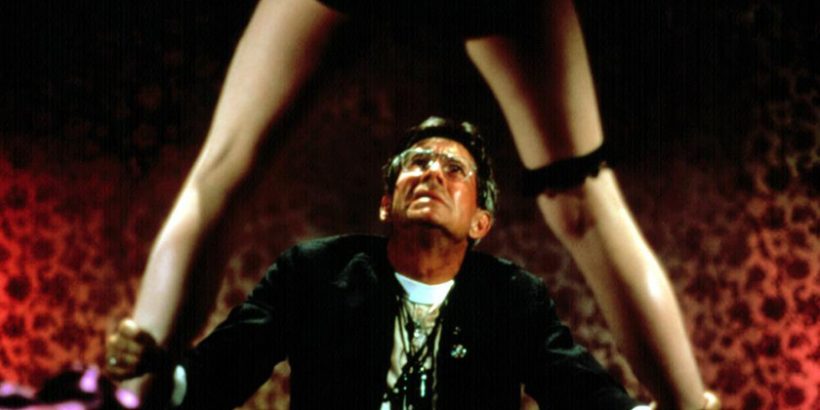 Director Ken Russell and his cinematographer Dick Bush mirror this theme of reality versus fantasy in the ways that they direct and shoot the film. Ken Russell is known for his rather outrageous style and “heightened sense of reality” in his films. In Crimes of Passion, he does indeed show off his signature style, but only at the proper moments. For the scenes in Joanna’s world, i.e. the “real” world, Russell tones down the outrageousness. Instead, during these scenes, he keeps the film firmly grounded in reality. The characters and the dialog come across very naturally. Bush shoots these real world scenes in a more naturalistic style, as well. When China Blue’s side of the story is featured, then Russell shows off the quirkiness for which he is known. China Blue’s world is very much a fantasy world. The lighting and set design have a neon brightness and simplicity; they almost feel cartoon-like in contrast to the reality of Joanna’s world. Russell directs his actors to forgo subtlety in these scenes, acting in big, broad strokes. Screenwriter Barry Sandler punches up these scenes with very stylized dialog, keeping with the fantasy feeling. The contrast between two worlds is reflected in the form of the film itself. When the two worlds collide, so do the styles, with characters gravitating to the style of the world from which they come; Bobby on the natural side, Shayne on the violent fantasy side, and Joanna/China fitting somewhere between. 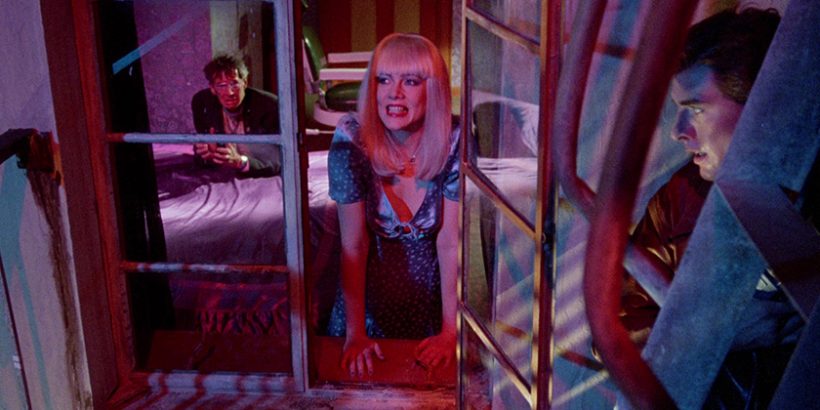 While Crimes of Passion is serious about its exploration of its themes, it still has a healthy sense of humor, being in part also a satire of the moral climate of America in the mid-1980’s. According to screenwriter Sandler, Ken Russell was not impressed by Kathleen Turner’s steamy performance in Body Heat (1981); instead, it was her comedic turn in The Man with Two Brains (1983) that convinced him she had the sense of humor needed to bring China Blue to life. China Blue uses humor to disarm and to further distance herself from others. One cannot help but admire a woman who can deliver a line like, “I never forget a face..especially if I sat on it”. Turner is not the only one to get humorous lines. Anthony Perkins and screenwriter Sandler give Shayne “prayers” such as “Save thy servant that trusteth in thee. Save him from this big mouthed cooze with a motor-driven ass who, forgive me lord, I speak not in vain but this little bitch provokes me so! ” Perkins has fun going full blown psycho (pun/reference intended) with Shayne, giving him bizarre ticks and gleefully having him do poppers at every opportunity. Watching him bang out (Forget Your Troubles, Come On) Get Happy on a piano in the midst of one of the more violent and tense scenes is at once both hilarious and disturbing. 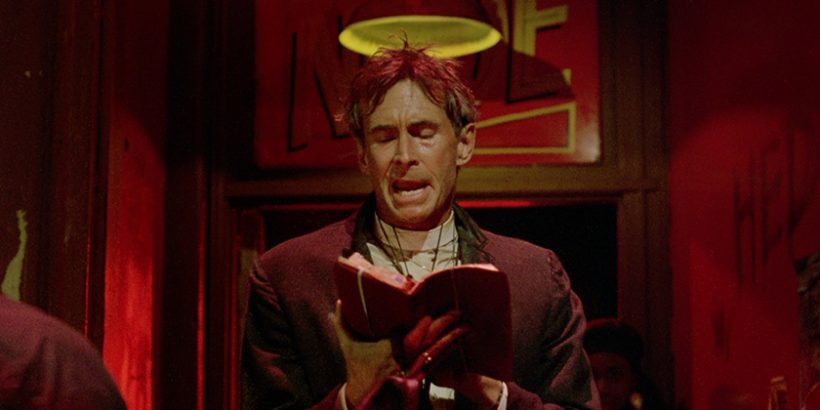 Crimes of Passion is much more than simply one of the multitude of erotic thrillers that would come after it. Instead, it is a sexy, violent, and thoughtful character-driven drama about the roles people play and the dangers of not being honest with oneself. Ken Russell does an excellent job of having form match function, bringing a restrained sense of naturalism to scenes in Joanna’s world (a.k.a. the “real” world) and letting loose with his signature outrageousness when in China Blue’s world (a.k.a. the “fantasy” world). With its mix of thriller and satirical elements, the film is far more entertaining than most character-driven dramas. It is well worth a watch. 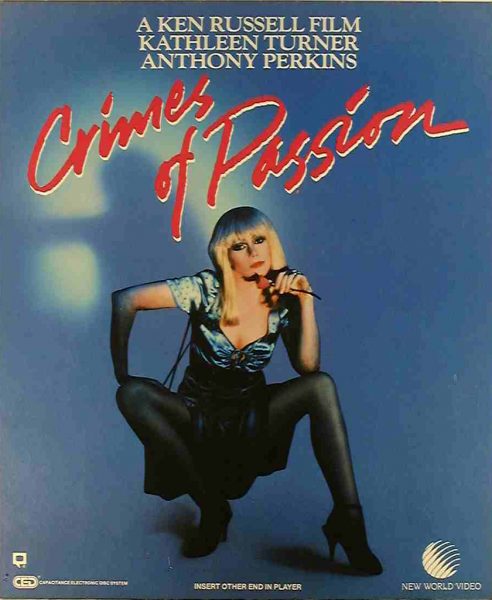 [Review] How to Deter a Robber (Celebration of Fantastic Fest): Holiday Home Invasion Leads to Laughs, Lumps, and Learning to Grow Up Quickly

It’s not easy being 18-year-olds adrift between the worlds of the teenage years and adulthood, but you certainly have to “adult” pretty quickly when you are first suspected of being […]

“Alice Through the Looking Glass” (2016): Alice Heads Back to Wonderland One More Time

“Red Christmas” (Fantasia 2016): There’s No Place Like Home For The Holidays

Christmas with extended family is always fun, right? Always full of joy and merriment? The answer is of course no. The holidays are full of bitter tension between families, given […]