Full disclosure: practical creature effects  are geek  porn for me. As far back as I can remember, practical creatures represented true magic. This probably started with Disney and Universal Theme Park attraction animatronics, but really translated into creature heavy movies and their making of specials. I remember watching the VHS of the behind the scenes documentaries for  Jaws  and  Jurassic Park  religiously as a child. These actual physical designs are wonderful to see on the set at the time of filming move or even stand stagnant on display at some art exhibit. So, the documentary  Creature Designers – The Frankenstein Complex  would likely be of interest to me. 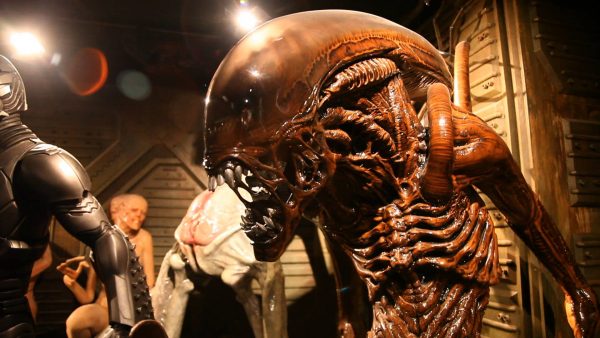 The main reason?  Creature Designers – The Frankenstein Complex  interviews many of the practical and make up effects mavens who are still around. We’re talking Phil Tippett, Greg Nicotero, Rick Baker and Dennis Muren amongst others. There’s also a few filmmakers known for making films with heavy practical effects work like Guillermo del Toro, John Landis and Joe Dante. Even Stan Winston’s son Matt Winston appears to extensively talk about both practical and modern computer effects. Oh… and Kevin Smith is there. Mainly because we need someone to obnoxiously fanboy over  Star Wars,  Planet of the Apes  and  Jaws.  So… there’s that.

Of course, respect is naturally paid to the forefathers of this cinematic art. There’s plenty of talk about how Jack Pierce’s monster make up, Ray Harryhausen’s stop motion armatures and even Georges MÃ©liÃ¨s’ primitive effects work paved the way for what these creatures would put forth. Tippett even has a recreation of the armature Willis O’Brien used for King Kong, showing that these extreme pros even started off as fans.  The historical aspects even reach as far back as biblical monsters who inspired an otherworldly presence, representing the unknown in a fantastical context so that humans could somehow comprehend the bizarre in our own world.  Creature Designers – The Frankenstein Complex  doesn’t forget to emphasize on both parts of its title, making the mythological aspect very clear. While explaining their craft, more than a few of these artists declare that bringing a creature from nothing is god like. It’s their equivalent of the titular complex, having a crazed desire to create that can only be satiated by seeing something come to life right in front of them. 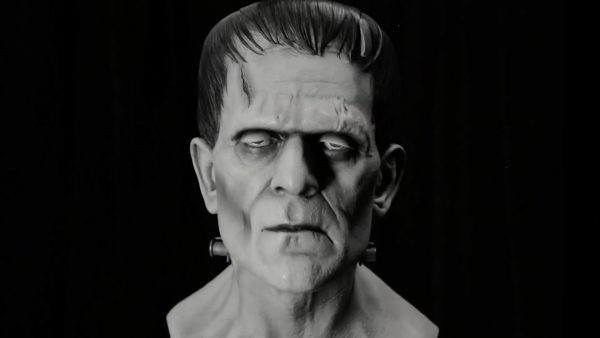 All these pros have a varied take on their experiences in the industry.  Creature Designers – The Frankenstein Complex  as a documentary gives us a pretty intriguing process of how the special effects folks get their inspiration throughout a production. Robocop/Starship Troopers  writer Edward Neumeier starts out conveying the trick of describing enough about a creature in context of the script for us to be engaged with what  the character has to do. Yet, he also wants these people to find something he can’t visualize for those purposes. Then, the trickle down to specific people within the effects department and the director’s vision. The Chiodo Brothers even have their own system, where one focuses more on initial designs as others start to physically put the creatures together, with all of them being somewhat involved through every step of the process.  Creature Designers – The Frankenstein Complex gets the main point across that needs to be firmly placed with any behind the scenes of filmmaking: it’s a collaborative effort with varying influences and factors at play.

Seriously, this is a genre fan’s wet dream in terms of the behind the scenes stuff. We see  footage of these designers making these props for the original productions.  Footage of the velociraptors from Jurassic Park  being tested in a soundstage. A few peaks at Robert Englund being put in the Freddy Kruger make up. Hell, Phil Tippett even gets the chance to crack his knuckles and do a bit of stop motion for the ED-209 armature from  Robocop. This sadly dying art gets a somber remembrance as  Creature Designers – The Frankenstein Complex  goes along to talk about the biggest bad for practical effects: CGI. 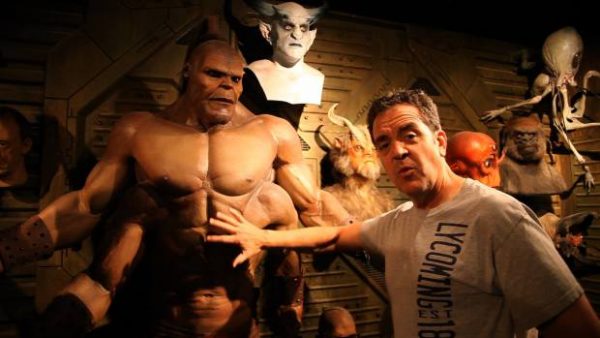 Yes, the elephant in the room gets talked about directly for most of the latter third of the  running time. Yet, CG isn’t considered a demon as much as it is a tool. Tippett and Steve Williamson – the man who showed Steven Spielberg that he could created CG dinosaurs – have an intriguing discussion on that day and how Tippett knew his art would die shortly. That there was a need to evolve or get stuck in a museum like the dinosaurs he planned to animate in stop motion. Tippett took this to heart, while others like Chris Wallas closed up shop.

Matt Winston does a phenomenal job of putting the argument in perspective: there’s always room for both. One-on-one interaction requires the personal touch of a hand made creature. Big crowd shots with multiple creatures need CG. It’s something Alec Gillis and Tom Woodruff Jr even illustrate with their  Starship Troopers  effects. There’s even an unintentional argument about the current preference of audiences to CG using Yoda in  Star Wars  as an example. It’s a topic that’ll never end amongst film geeks, but one that’s interesting to see explored from a professional perspective. 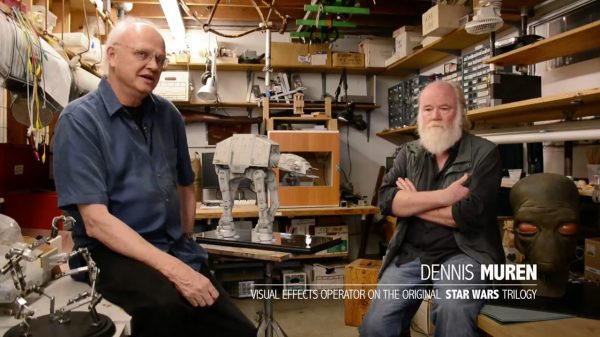 Creature Designers – The Frankenstein Complex  isn’t a hugely flashy documentary in terms of how it weaves together its interviews. Even the talking head shots can be more static than not, though my screener did have a certain amount of workman like roughness that could easily be improved upon before a final release. At any rate, even if it feels like a glorified bonus feature at times,  Creature Designers – The Frankenstein Complex  is a must see for any genre fan simply for the collection of pros that are here to tell their stories. These professional monster makers of a by gone era deserve their time in the spotlight as much as any director or writer would. Without them, we wouldn’t have some of the best monsters in cinematic history that frightened and/or delighted us for decades. It’s only natural that they get their own full length feature documentary that  gets their full perspective on the industry’s past, present and future. The latter point is slightly left up in the air, but not without a firm confirmation of this much: there will always be a need for monsters and the people who make them, in some form or another.

Definition of Camino: path, road, journey. The title of stuntwoman/actress Zoe Bell’s latest film, Camino, is very telling as it’s a film detailing the journey her character takes through the jungles of Colombia to escape being murdered at the hands of a man named Guillermo (Nacho Vigalondo) and his group of henchmen. It also tells […]

After 15 years of silly action horror antics,  Resident Evil: The Final Chapter  has finally come. Allegedly. Like Friday the 13th  and  Nightmare on Elm Street  before it, the idea of  Resident Evil  stopping with this declaration seems dubious if the box office remains consistent. Indeed, that along with the egos of star Milla Jovovich […]

FilmQuest, one of MovieMaker Magazine’s “30 Bloody Best Genre Fests in the World in 2019,” has announced a stellar lineup of more than 190 features and shorts highlighting some of the finest genre film selections in the industry. The Provo, Utah-based fest has quickly grown to become one of the nation’s leading purveyors of genre […]