Director Emilio Miraglia’s The Red Queen Kills Seven Times (La Dama Rossa Uccide Sette Volte) (1972) is the followup to his gothic/giallo mashup The Night Evelyn Came Out of the Grave (La Notte Che Evelyn UscÃ¬ dalla Tomba) (1971). Both films are available in the Arrow Video’s DVD/Blu-ray set Killer Dames: Two Gothic Chillers by Emilio P. Miraglia. Like the director’s previous film, The Red Queen Kills Seven Times combines giallo and gothic genres, though this time the gothic elements are reduced allowing the giallo side of things to take precedence.  Ever 100 years, the WildenbrÃ¼ck family is cursed to experience a series of seven murders committed by a family member who reportedly has come back from the dead. It has been a 100 years since the last incident and fashion photographer Kitty WildenbrÃ¼ck is afraid the curse has returned. A host of suspects and potential victims keeps the audience guessing as to who the killer is as well as who the next victim will be. Family secrets and a family castle, complete with a hidden subterranean vault, adding gothic touches. The result is a giallo that combines murder mystery, suspense, slasher, and gothic elements into a stylish, bloody, and fun who-done-it.

The film opens with two young sisters, blonde Kitty and brunette Evelyn WildenbrÃ¼ck, playing not-so-nicely in the family castle. They happen upon a large, old painting of a blonde woman stabbing a brunette. Their grandfather Tobias (Rudolf SchÃ¼ndler) explains that the painting represents an incident from the family’s past. After the blonde sister (The White Queen) stabbed to death the brunette sister (The Red Queen), the dead sister rose from the grave and killed seven family members. The family is cursed for this to recur every 100 years, and the next time is due in 1972, when the young sisters will be in their late 20’s. After hearing this, Evelyn, who is a brunette, declares herself “The Red Queen”. During the opening credits, there is a montage showing the rather intense sibling rivalry between the two sisters. Flash forward to 1972, and adult Kitty (Barbara Bouchet) is a fashion photographer for Sprung, a large German fashion house. Evelyn is apparently away studying in the United States. One night, Grandfather has a vision of Evelyn in his room and dies from a heart attack. The third sister, Franziska (Marina Malfatti) and her lover Herbert Zieler (Nino Korda) report seeing a woman matching Evelyn’s description running from the scene. This comes as a bit of a shock to Franziska, Herbert, and Kitty, as they are the only ones that know that Evelyn is NOT in the United States, for she is dead. Grandfather’s will is read, but the bulk of it, which details who gets what, is to be sealed for a year. A series of gruesome murders start to occur around Sprung and those who work there. In most of those cases, a woman in red matching Evelyn’s description is reported fleeing the scene. Has Evelyn returned from the grave to fulfill the curse, is Kitty going mad, or is something else going on? Will the anyone find out about the truth behind Evelyn’s disappearance? And, what is the secret of the will? 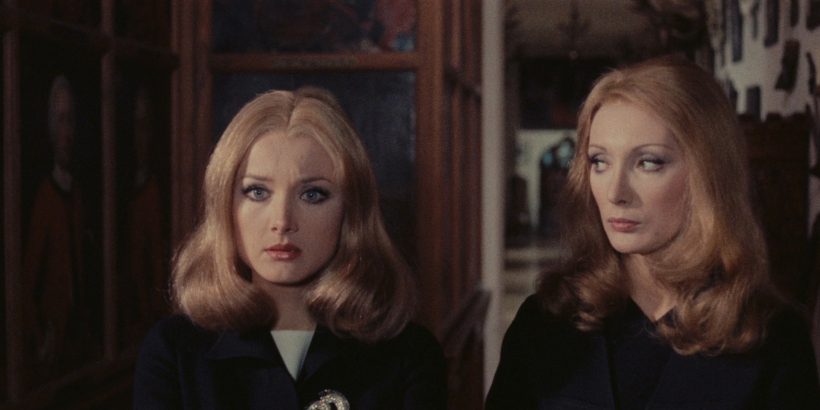 Just as he did in his previous film, The Night Evelyn Came Out of the Grave, Miraglia attempts to meld gothic and giallo genres in The Red Queen Kills Seven Times. This time, the gothic elements, while present, are toned down, with the overall feel of the film leaning more toward straight giallo than the earlier effort. Miraglia does include gothic touches such as a large family castle (complete with a dank crypt), dark family secrets, a curse, and possibly someone returned from the grave, but instead of dominating the feel of the film, these elements just give it a gothic undertone. More of the film is spent in and around the ultra-modern headquarters of the Sprung fashion empire than in the more gothic settings. Fashion shoots and mod early 1970’s apartments are the scenes of most of the action. Even when the setting is the family estate, it is too airy and modern to provide a gothic feel. Only on the few occasions where the action moves to the vaults beneath the family castle does the atmosphere truly pick up that gothic aura. The creepy “family curse/ghostly killer” angle is downplayed in favor of who-done-it / slasher aspects of the the story. The murders are creative and stylishly shot, placing it squarely in the giallo genre; it has a decidedly modern feel.  Instead of being an equal mix of gothic and giallo, the film is more of a modern giallo with gothic trappings. 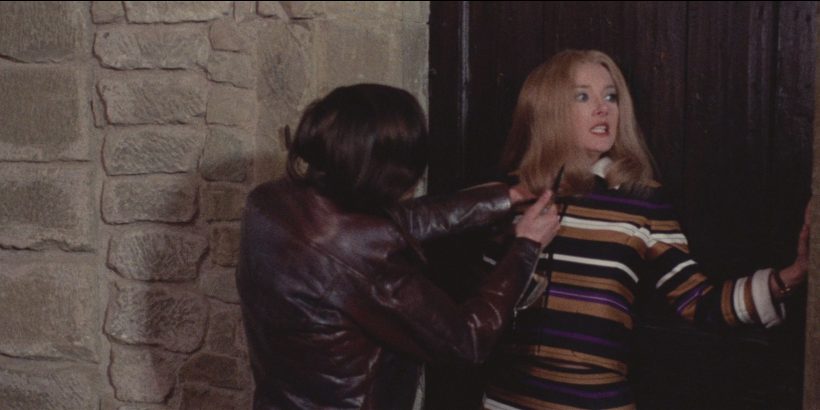 With a name like The Red Queen Kills Seven Times, it is understandable that viewers would expect a high body count, and the film does not disappoint. The murders start out pretty mundane, with the grandfather quite literally scared to death via a heart attack. Later, that giallo standard, the gloved killer makes their appearance. While the first murder is something as common as a knife attack, subsequent killings are more interesting. The murder begins to use more creative and bloody methods to dispatch their victims, including impalement. Even the more familiar style attacks, such as by knife or gun, are staged and shot creatively. The gore is effective and decent enough for its time period, perhaps with the exception of one death, where a body being dragged by a car is very clearly a dummy. The climax of the film comes with a pretty big set piece involving bodies, blood, and sudden death. None of the deaths seem extraneous or tacked on, though; they all feel attached to the central mystery of the film. 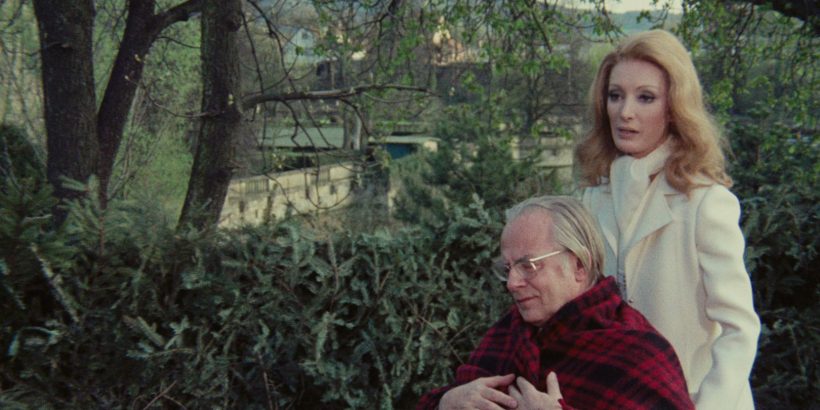 Part of the fun of a film like The Red Queen Kills Seven Times is not knowing who the killer is. Almost anyone is a potential suspect as well as a potential victim. Miraglia sets up a variety of suspects, most of which end up victims of “The Red Queen”. For most of the film, the killer is seen in brief or from a distance. It indeed does look like Evelyn, at least the glimpses the audience gets. Could it be that Evelyn has indeed returned from the grave? Could it be Kitty herself? Kitty calls into question her own sanity, worrying that it may be the result of her guilt over involvement in her sister’s death. The story provides multiple possible motives, from family fortune, to revenge, to professional jealousy, allowing the suspect and victim pools to expand beyond just the family to the world of modern fashion. This gives the film a wider scope and helps enhance the overall feeling of paranoia. 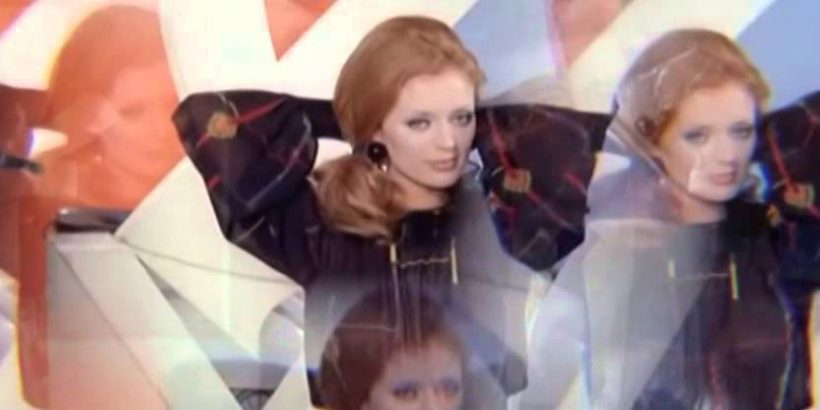 The Red Queen Kills Seven Times is a stylish and bloody giallo with strong gothic undertones. While it plays with some gothic tropes, it has a more modern sensibility than director Miraglia’s previous film, The Night Evelyn Came Out of the Grave. Creative and stylishly shot murders and a who-done-it/who-will-get-it atmosphere make for a fun evening of gothic-tinged giallo entertainment. 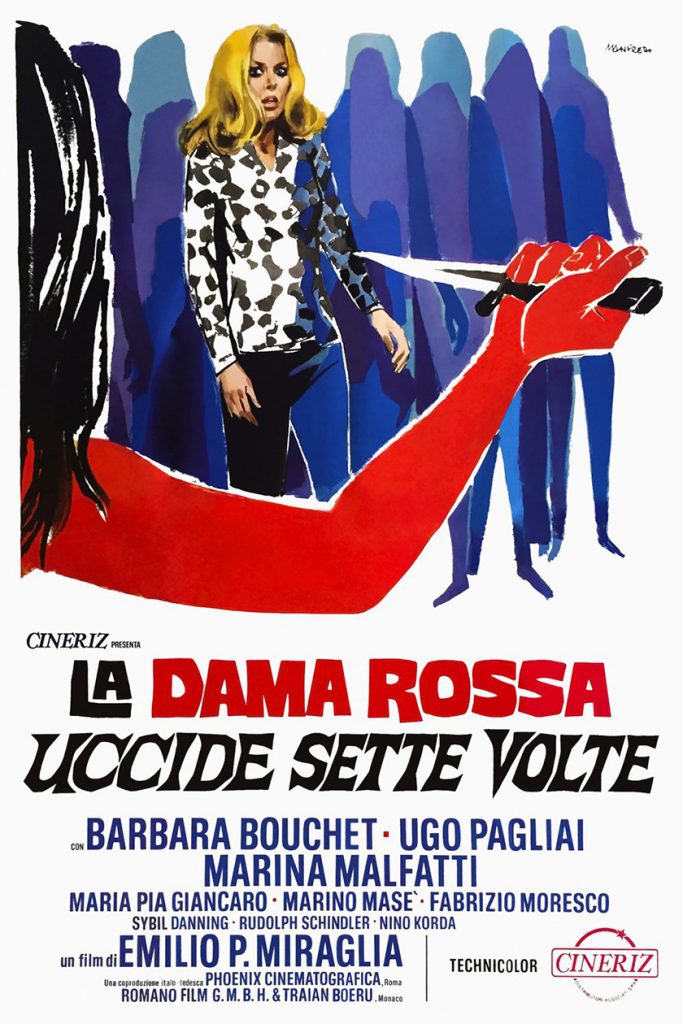 No matter the number of extraterrestrial contact documentaries you have watched in the past, the chances are good that you have never seen one quite like the short film Alien Abduction (2021). It hovers somewhere in the planes of the experimental, pop art, and the outré. AV Super Sunshine and Philomena, members of the Wisconsin […]

[Review] The Dead Ones (Horror-on-Sea Film Festival): A Driver Who Killed a Pedestrian Is Haunted by More than Just Guilt

Most seasoned fright-fare fans have usually seen their fair share of films about the dead haunting those who killed them, but director Stefan Georgiou’s U.K. supernatural horror short The Dead Ones adds a new spin on things. This unique approach and fine performances by its four cast members help make this short film a rousing […]

“Dead Shack” (Fantasia 2017): Nothing Brings Together a Family Like Blood, Grue, & Zombies

Just because a family is dysfunctional does not mean that its members do not care for each other. In Dead Shack (Fantasia 2017), 14-year-old Jason (Matthew Nelson-Mahood) joins his friend Collin’s (Gabriel LaBelle) family for a vacation at an isolated cabin. On the plus side, Colln’s older sister Summer (Lizzie Boys) is along for the […]