Horror and comedy are  two genres that suffer the most when they don’t hit their marks. Hell Town,  directed by Steve Balderson and Elizabeth Spear,   is a cobbled together mess of both genres. Balderson and Spear also handle the writing duties along with Michael Page and Chris Pudlo. Given  the way the story unfolds,  a pretty ingenious idea bubbles below the surface, so I’d be willing to give these fine folks another chance. But, with an obviously limited budget and inexperienced  performers, the sweet gets outweighed by the sour. 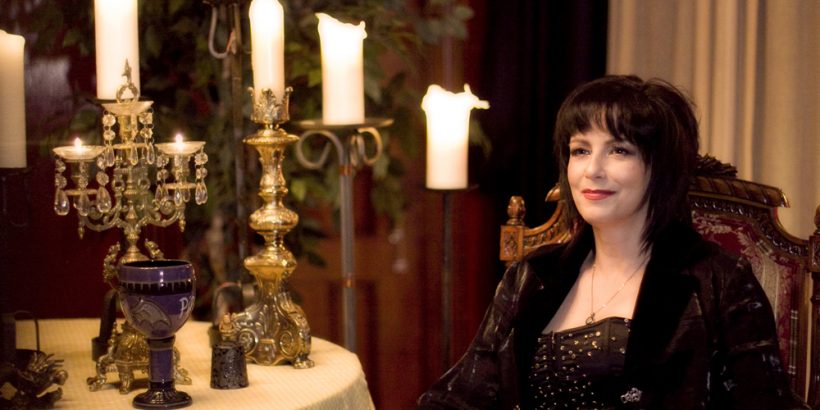 Genre legend Debbie Rochon, who is the most  recognizable face, acts as the host, introducing the film by sharing an  interesting story that leads us to where we are now in the world. Apparently, we are being shown three episodes from a lost television show that goes by the same title, Hell Town. The interesting and sort of kitschy angle is that these are not  the first three episodes. These are episodes 7, 8 and 9 of season two. As is explained, seasons 1, most of 2 and all of 3 were lost in a studio fire. The three episodes we get were literally dug up from the spot they  were buried with a long lost relative of the creator. See? It’s not a horrible idea. In fact, it’s kind of original and could be really fun. That is, if the idea was successfully pulled off. 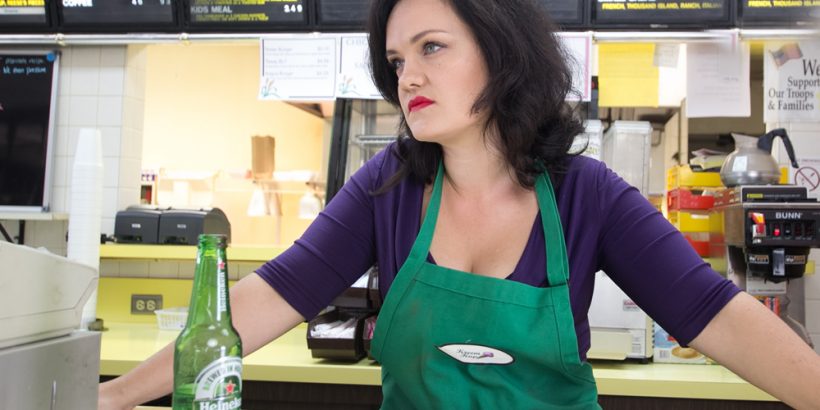 The film attempts to set up a “rich family vs. poor family” dynamic in which the sons of the poor family are all involved in one way or another with the “hot” daughter of the rich family. It all comes off like a fan written episode of Dallas with worse acting and even more unlikable characters. Krysten Day stars as Trish Gable, the supposedly still in high school, young daughter of the local, WASP-ish, rich guy. The problem is, everyone with which she’s ever had sexual relations is being stalked and killed by the “Letter Jacket Killer.” Since Trish has had sex with just about everyone, this ends up being a massacre. When her first conquest, Butch Manly, played by Ben Windholz, gets released from juvie, he immediately wants to rekindle their romance. On the other hand, Trish has moved on, but that doesn’t stop Butch from trying. 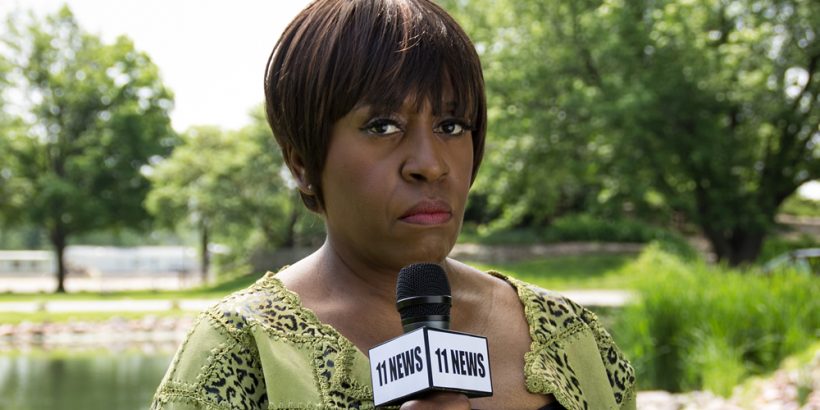 I’ll assume that you’ve already figured out any and every secret this movie may hold. The dialogue is so rough, along with the acting behind it, that I wanted to Carlos-from-Freddy’s-Dead q-tip my ears out. The character names? Well, there are such gems as Blaze Manly (Matt Weight), BJ Gable (Sarah Napier) and Mother Manly (Pleasant Gehman). The kitsch factor, while clearly incredibly high, is handled so poorly I  was unable to  get a laugh out of this movie. While the tawdry satire may be to some people’s tastes, the results are pushed too far making the tone silly and foolish instead of funny. 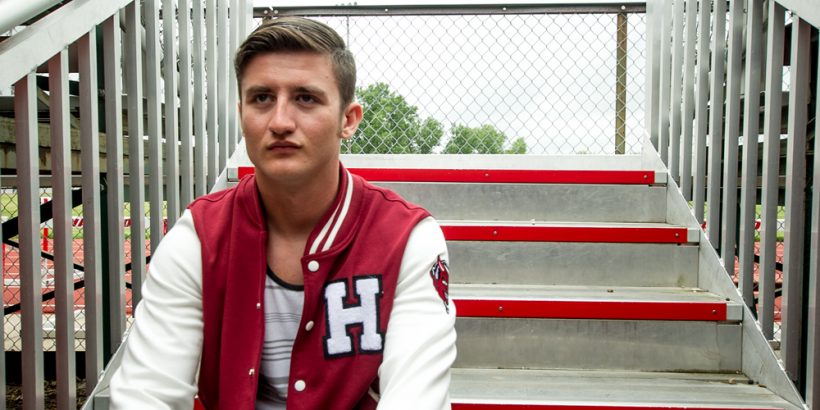 The camera, the editing  and the sound choices don’t help either. I don’t know exactly what type of gear they used, but if they credited anything other than an iPhone or a 2002 digital camera, I wouldn’t be inclined to believe them. While it may have been technical problems on my end, the dialogue sync was about a half-second off, which makes me go absolutely insane. The camera angles were basically all dead-on, straight ahead shots. If you’re looking for anything artsy or flashy,  that is not what this film is striving for. As far as editing, scenes seem to all go on too long and when there’s a cut, it’s so abrupt that it becomes jarring. I didn’t want to crap  on this movie. I really wanted to like it, but I just can’t. 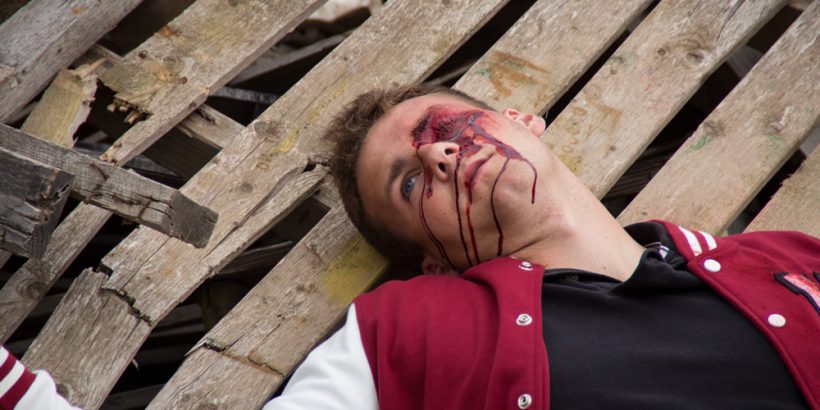 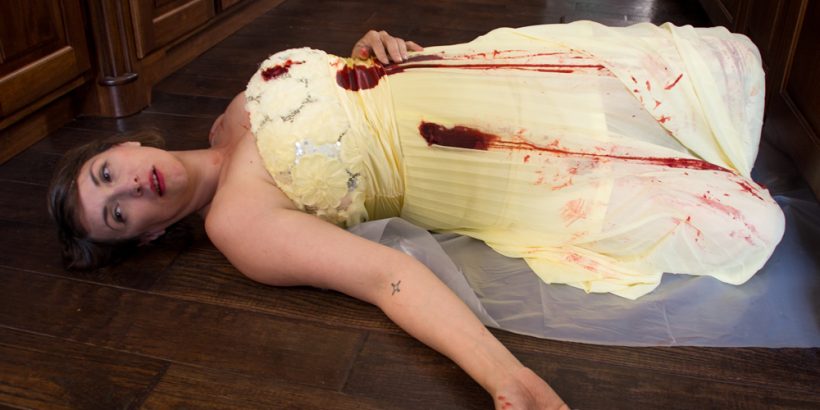 So, can I recommend  Hell Town? No. Not one bit. Maybe, if you are taking a film class and your thesis is on how to prevent taking a good story idea and proceeding to completely cheapen and destroy it with bad acting, cheap jokes and spotty technical issues, then have at it! For Tom and Jane down the way? I’d avoid it at all costs. Story originality? A+. Everything else? F. 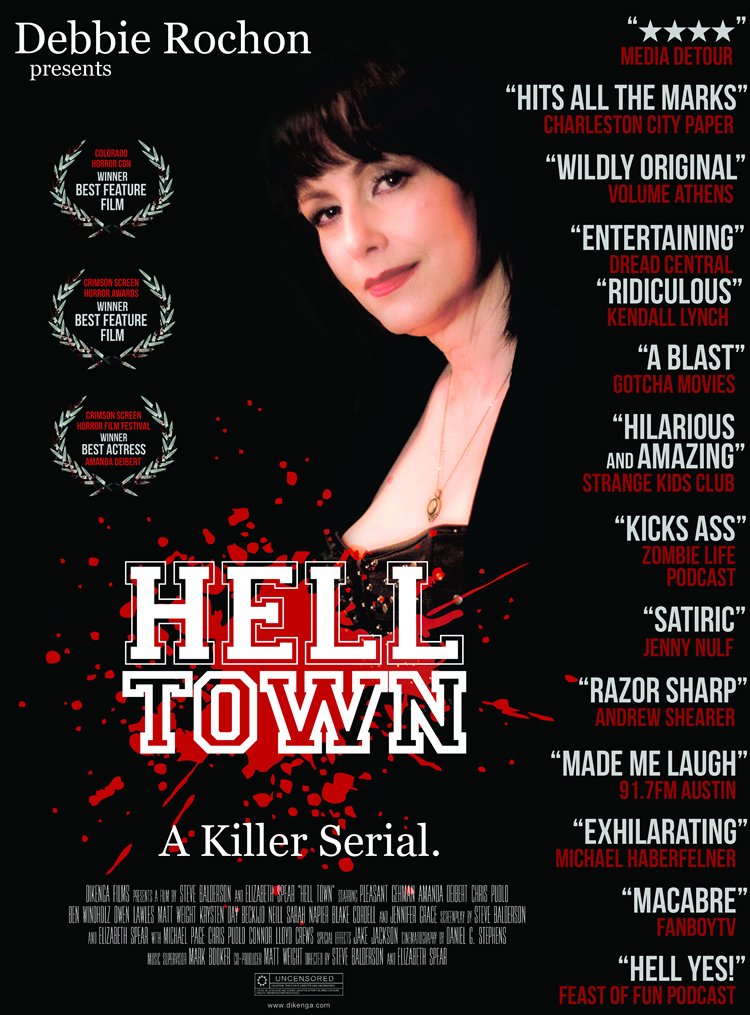 Writer/director John Johnson’s short horror film Midnight Macabre is a mesmerizing piece of cinema that makes its mannequin star feel human and sympathetic – until some despicable acts are committed. Yes, you read that correctly: a mannequin takes the lead role in this short. Johnson imbues his film and, indeed, this character with enough emotion […]

Like taking peanut butter and chocolate and putting them together to make a tasty treat, taking a strip club and adding in a massacre should result in a winning combination for most horror fans.  Sadly, however, Bob Clark’s Strip Club Massacre comes out tasting more like someone used just butter with the chocolate, forgetting about […]

“Shut In” (2016): A Well Shot, Atmospheric Film with an Excellent Cast and One Huge Flaw

Shut In is the story of a family being torn apart by both external and internal forces. The family unit consists of the father; Mary, the stepmother; and Stephen, their teenage son. The film opens as Stephen’s father prepares to drive him to a boarding school for the summer. Even though Stephen has become too […]