Y’know, I’ve never been a fan of whatever production company The Asylum puts out, or should I say belches forth? Long known to create quick, cheap knockoffs of forthcoming blockbuster films in order to jump on the bandwagon and possibly steal a few quick DVD sales from confused foreigners, The Asylum traffics in the lowest quality films possible. Yet every once in awhile, they manage to meld their Playstation 2 graphics with a somewhat decent script, and manage to make a mockbuster that, while still crappy, manages to entertain a bit. Earlier this year they farted out a film called Zoombies, and believe me, while it’s just as crappy as the rest of bowel movements The Asylum has proffered on the public, it has a manic quality to it that’s sorta irresistible. I daresay it held a spot in my heart as the most fun I’d had watching a film this year for a week or two. But now they’ve gone and squandered all of the good will they’d gerrymandered from out of my black little heart with their latest release, Sinister Squad. An obvious rip on the forthcoming DC Comics epic, Suicide Squad (which gets released in a few scant weeks). But since the brainiacs at The Asylum can’t use copyrighted characters to spoof in their films, they switched out the super villains of the DC film with fairy tale characters (No copyright infringement here folks). 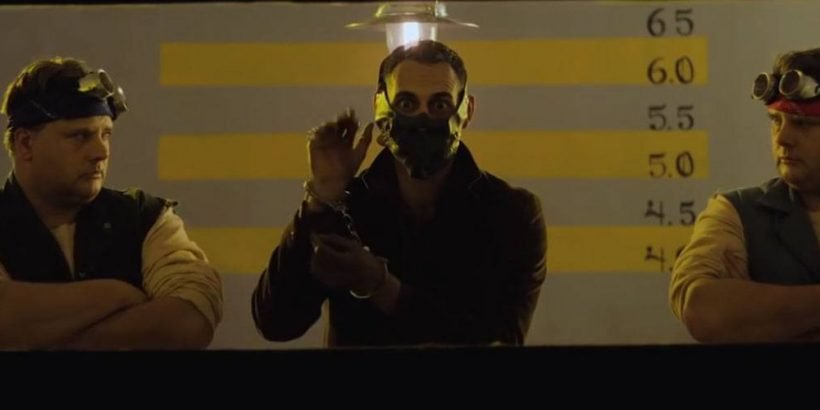 That’s right, I said fairy tale characters. Oddly enough, they pulled off the same feat last year with their rip on Avengers: Age Of Ultron, calling their film Avengers: Grimm. It too featured fairy tale characters running around L.A. looking to stop the wicked Rumplestiltskin from opening up a portal from fairy tale world to our world (Or some nonsense like that). But in this follow up (?) to that film, evil Rumplestiltskin is played by Johnny Rey Diaz (The Last Heist), and not former alien bug smasher Casper Van Dien (Starship Troopers) as in Avengers: Grimm. So I’m guessing that this one had an even lower budget than that one did (If that’s even possible). What passes for a plot is as follows: Alice (The gorgeous Christina Licciardi) takes action when the wicked Carabosse (Fiona Rene) hatches a plan to unleash Death (Nick Principe) from his realm to wreak havoc on Earth. Mention is also made of Death wanting to be the recipient of a form on our planet in order to rule over his realm down below, but the script (By director Jeremy M. Inman) doesn’t really clarify exactly what Carabosse wants to do once Death makes his appearance. And to make things even more confusing, Death doesn’t seem to know either. 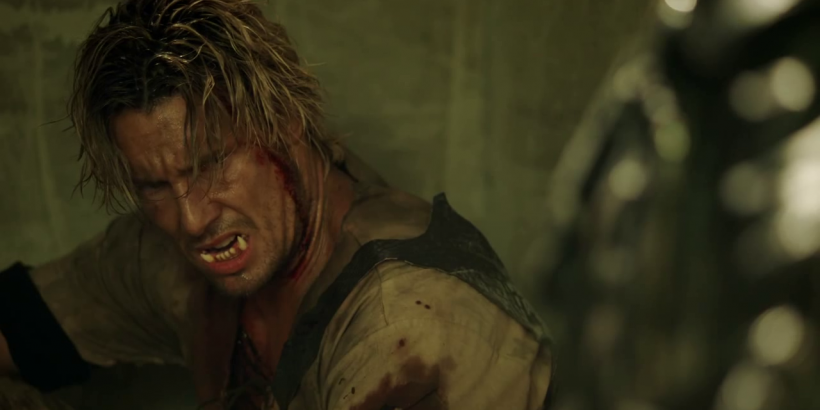 So Alice gathers together a group of good guys, Goldilocks (Lindsay Sawyer), Piper (Issac Reyes) and twin brothers Tweedledee/Tweedledum (Aaron Moses). And this motley crew then captures an even motlier crew of fairy tale baddies. So enter Bluebeard (Trae Ireland), The Big Bad Wolf (Joseph Harris), The Hatter (Randall Yarbrough), The Queen Of Hearts (Talia A. Davis), and the aforementioned Carabosse and Rumplestiltskin. These evildoers are captured, and placed in cute little jail cells in what looks to be an abandoned warehouse of some kind, and held in place with wrist bands that will explode if they try to make a break for it. The entire film takes place here in this dank & dirty warehouse. 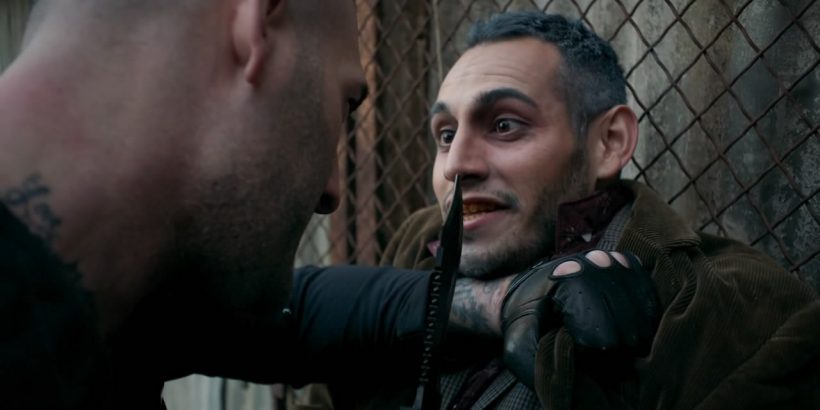 While I was going nuts trying to make heads or tails of whatever was going on with this plot, I had a few questions come to mind. First off, if these bad guys were so powerful, why would simple jail cells keep them in check? And if you’re gonna say “Well didn’t you just say they wore wrist band that would blow them to smithereens if they tried to escape?“, the wrist bands are only used on two of the six baddies, not all of them as you might assume to be the case. Exactly why they only had two wrist bands to use is never explained, but I refuse to believe that the budget made allowances for only two of the cheap little trinkets. Could the budget be that low? Is that even possible?? After some brain crunching, I managed to figure out that Death needs a scythe (That Alice has in her possession) to be successful in his grand scheme. He also summons a group of what he calls “Death’s Messengers” to do some of the dirty work for him. They sorta look like ninjas wearing riot gear, but the budget only seems to be able to have three of them at any given time, so it really isn’t too hard to keep them in check. Bluebeard is kept in place using The Queen Of Hearts power to control minds, but once she’s knocked off he goes all psycho with lust over Goldilocks. And the Big Bad Wolf needs to be monitored very closely since he can turn on the heroes really quick, and screw up their plans. Luckily for them, he develops a crush on Goldilocks as well, so guess which two characters have a run in towards the end of the film? 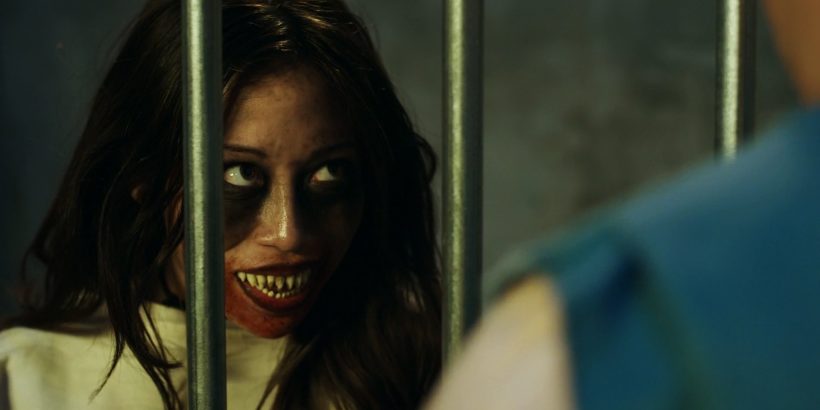 Yadda yadda yadda. Blah blah blah. I cannot believe I’ve written over 800 words (At this point) about this absolutely atrocious excuse for a film. There is some fun to be had in some of the performances though, with Licciardi and Diaz relishing their parts as much as possible. And Fiona Rene goes apeshit Loony Toon with Carabosse! She absolutely devours every scene she’s in, nothing and no one is safe from her scenery chewing, but that ain’t such a bad thing. And she’s really a sight to see in make up that’s absolutely horrific to look at (& I mean that in the nicest possible way). The rest of the characterizations range from acceptable to horribly overwrought. There’s nothing to say about the scenery since the entire film takes place in that ugly warehouse, but I can say that the cinematography (by Rafael Levya) is about as good as it can possibly be considering the circumstances. 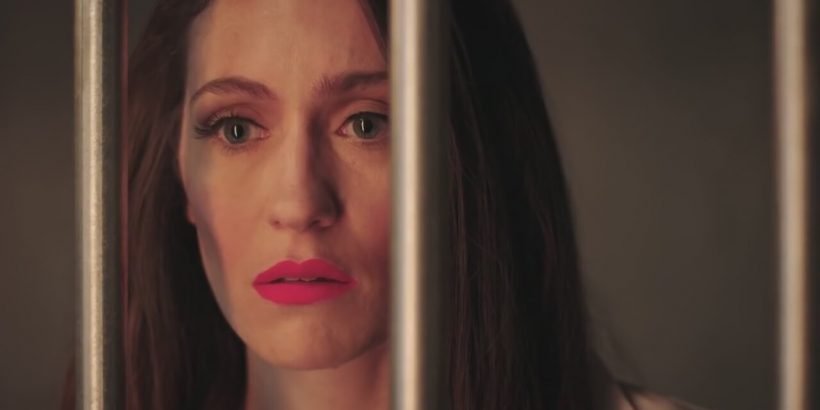 Writer/Director Inman doesn’t so much direct the film as much as act as a traffic cop, keeping the actors moving when they should be, and stopping them in their tracks when they need to be reigned in. But his script is so off the wall, and confusing, that you’ll need multiple viewings to figure it all out. Hell, I watched it twice (A herculean effort), and I’m still nearly completely in the dark over it. And the ending features some shitty CGI in The Asylum’s effort to remind everyone that they are experts in producing shitty CGI. So if a film about fairy tale characters with pistols, fighting in a dirty warehouse for 90 minutes is something you woke up with a hankering for, then Sinister Squad is what you’ve been hoping for. For the rest of you (Who aren’t into self punishment), steer far away from this one. It’s a new low for The Asylum, and that’s saying something. 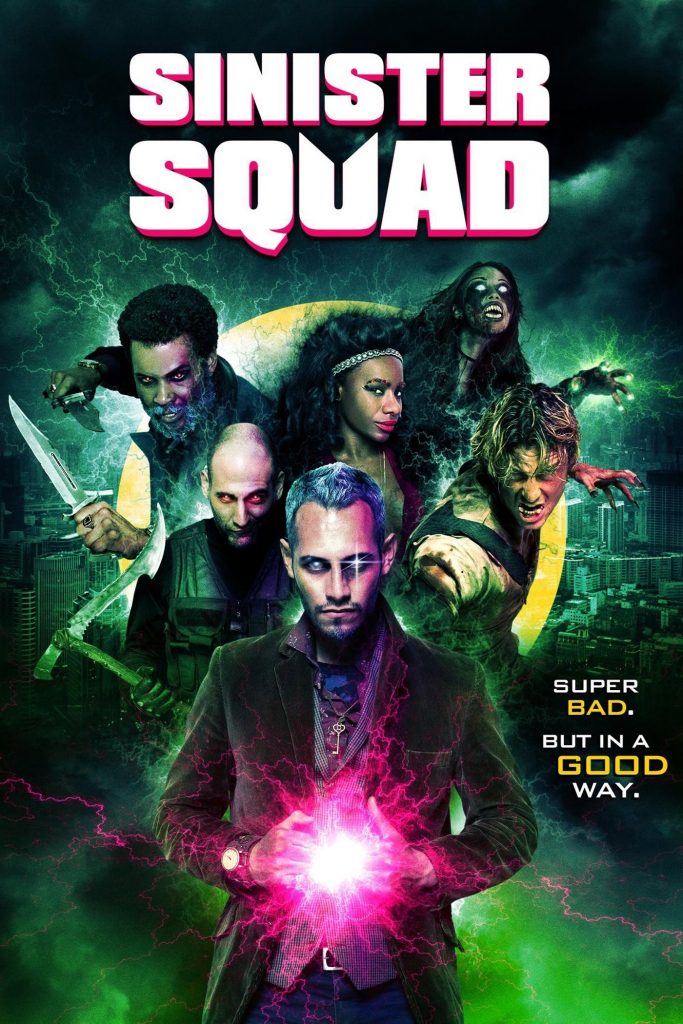 “The Covenant” (2017) : You too will sell your soul to escape seeing this film

Why is that Horror, of all the genres that benefited from digital cinema’s low cost film-making revolution, has been the most inundated with poorly-made films? It’s a question that has […]

Rich in atmosphere and a treasure to watch, the short horror film Belladonna is a marvelous effort. From its terrific performances to its mesmerizing cinematography, this latest effort from director/cinematographer/editor […]

“The Puppet Man” (2016): Night on the Town Turns Deadly in Stylish Horror Short

Lit in lurid neon colors and dripping with a sense of menace and dread from its opening moments, writer/director Jacqueline Castel’s new horror short The Puppet Man is a captivating […]