Nicolas Winding Refn makes polarizing films. Aside from his breakout mainstream hit  Drive, his films tend to be puzzling exercises in silent takes and enthralling visual set pieces.  The Neon Demon  is one such example, through more of a female skewed perspective. Refn’s protagonists tend to be stoic silent males, most famously Ryan Gosling with his steely eyed stare. Here, he shifts the  focus to  women to  change the pace. Unlike the masculine underground Thai mobsters in  Only God Forgives  or the sepia toned men’s prison in  Bronson,  The Neon Demon  takes the action to the neon modeling scene of Los Angeles. Yet the seediness remains, permeating this simple story of Little Girl in the Big City with darker themes of corrupting beauty and sexual awakening.

Said story for  The Neon Demon  features 16 year old  Jesse (Elle Fanning), an aspiring model who’s moved to LA. Jesse catches the fancy of make up artist Ruby (Jena Malone), who gives her  just the right connections to meet a few models and an agent (Christina Hendricks) that connects her straight to some of the top fashion photographers in the city despite being underaged. Jesse soon becomes the talk of the town, taking jobs from young beauties like Gigi (Abbey Lee) and Sarah (Bella Heathcote) who grow jealous of Jesse’s success and crave it at any cost. Slowly, the fame ends up getting to Jesse’ head, causing her to become disenfranchised with the modeling scene and with her own sanity as things seem to fall apart all around her. Luckily, she can trust the friends she’s made along the way… or can she? 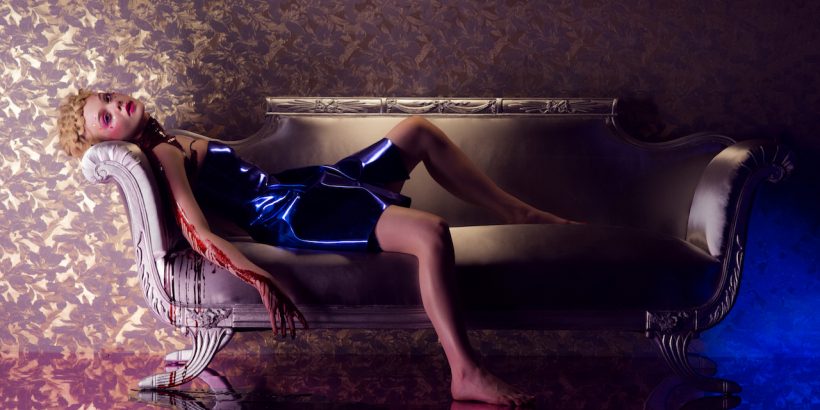 In many ways,  The Neon Demon  is Nicolas Winding Refn’s  Showgirls. Refn could be comparable to a less mainstream version of Paul Verhoven, a gutsy filmmaker willing to do whatever brazen idea suits his fancy. In this case, Refn takes the traditional narrative of a quiet country mouse arriving in the big city and challenges the usual preconceptions of it from his own unique perspective. A  perspective that involves people saying lines like “Who are you fucking? Isn’t that what everyone wants to know about a girl: Who they’re fucking?” or “There are plenty of girls here you can get with. I just rented out to this girl from Ohio. Thirteen year old run away. Some  Lolita  shit.” None of these lines are quite up there with  Showgirls‘ “Everybody got AIDS and shit,” but they share a similar lack of perception for how humans interact to a hilarious degree.

The lines  in  The Neon Demon are  on the nose satiric jabs at modern LA culture, clearly from the perspective of an outsider looking in. Like a Showgirls, the character interactions often feel like a soap opera in terms of their over the top mechanics. There’s no real assumption that these people or situations are real, but instead caricatures of  an industry obsessed with fleeting image that they feel is their only reason to exist. Refn’s blatant lack of realism in the dialogue feels like an intentional contrast to the bizarre nature of his  visuals, which are often clearly metaphors for how  image  exploits & corrupts all  yet  cryptic in any sort of consistency with the world they live in. 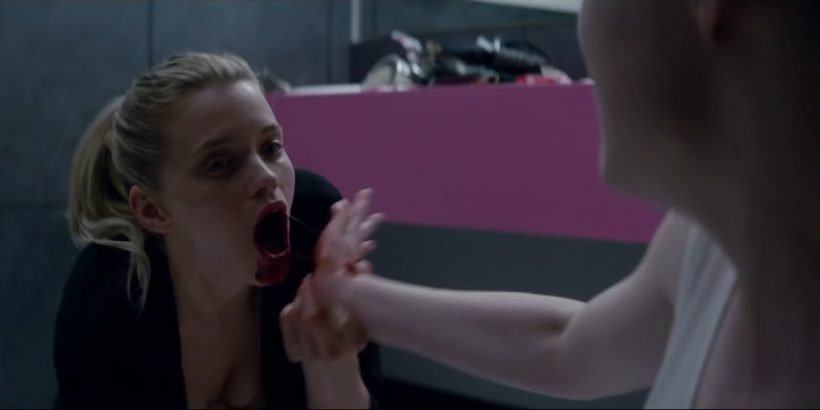 The Neon Demon  raises a lot of questions and often times doesn’t give answers to its breaks in reality or genre. Namely in our sort of passive protagonist Jesse. She’s more of a cipher from which Refn examines these themes of disillusion and fame. A young waif who enters this scene pure and leaves it screaming in agony. Speaking of screaming in agony, horror fans may be disappointed that the horrific elements don’t really come into play until the last fifteen to twenty minutes. There’s a few bits of gory imagery right at the top, but they’re more foreshadowing.  To Refn’s credit, they’re built up by the main driving thematic force of the entire film: a desire to stay youthful and gorgeous in order to get ahead. A sort of “killed or be killed” attitude that keeps things centered in the middle of the chaotic storytelling. It’s the main drive for all the characters involved, some of whom manage to supersede our lead.

The Neon Demon  is  All About Eve  through the lens of an arthouse genre filmmaker. Instead of showing Jesse’s rise in ego via conversation, he reveals  it through visuals fueled by duality. He shows a transition to attention hogging by a change in lighting. He  displays passion through grotesque imagery. Logical consistency of it all is not his top priority. Does Refn  care if we get a resolve to Keanu Reeves getting rid of a panther in Jesse’ room? Is he concerned about any realistic resolve to Jesse’ paranoid idea that Reeves is trying to kill her? Will Refn give you an explanation for the gonzo ending? The answer to all of these is a defiant shrug.  Refn almost trolls the audience by embracing his over the top visuals as his main method of narrative cohesion. 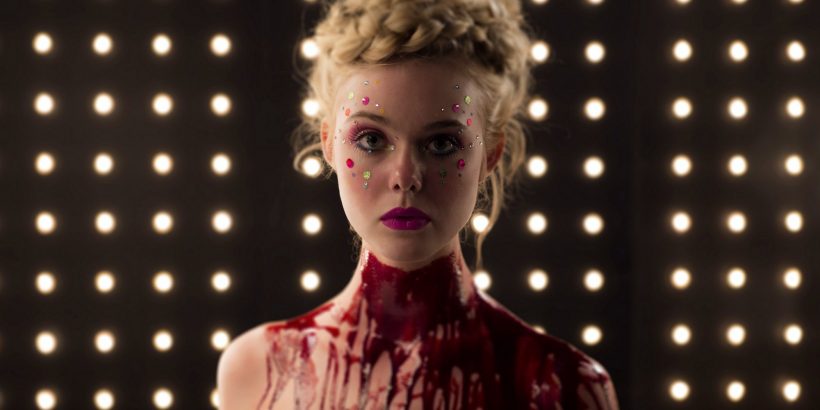 Despite all of these inconsistencies,  The Neon Demon  somehow managed to enrapture me more than not. It can be a struggle to sit through as Refn doles out his uncomfortable visuals. Yet, there’s a clear commitment from Refn & main actors  Elle Fanning and Jena Malone that doesn’t give too much of a damn about audience perception. All parties involved are more concerned with creating an unadulterated visceral tale of how beauty drives madness.  It’s the type of filmmaking that gave  Only God Forgives  such a divisive reaction. Yet, there’s more of a thematic cohesion that keeps  The Neon Demon  from falling into  Forgives  territory. That “t’was beauty that killed beauty” concept manages to connect scenes so seemingly disparate. Scenes that include one of the more shocking sex scenes in recent cinematic history from Jena Malone. I could easily see why anyone would dismiss  The Neon Demon  as trite garbage. There were more than a few points watching it where I said the same. Yet, its consistent unflinching style and constant visual intrigue kept it from being too degrading an experience. Much like  Showgirls, but with less speeches about doggie chow.

Hell Town. Wow. Horror and comedy are  two genres that suffer the most when they don’t hit their marks. Hell Town,  directed by Steve Balderson and Elizabeth Spear,   is […]

The Snowman (2017) has all the right ingredients to  make a riveting, mind-blowing thriller. It has a solid director with Tomas Alfredson (Let the Right One In) and a popular […]

“You’re an odd bird,” a potential robber tells agoraphobic Anna as he tries to figure out why she didn’t contact the police after he and his two partners break into […]