“Well, we can all agree that the third one is always the worst,” says Jean Grey (Sophie Turner), shortly after leaving a screening of  Return of the Jedi with fellow classmates Cyclops (Tye Sheridan), Nightcrawler (Kodi-Smit McPhee) and Jubilee (Lana Condor, in one of her two scenes). It’s obviously a smirking wink at X-Men: The Last Stand  from  X-Men, X2  and  X-Men: Days of Future Past  director Bryan Singer,  taking  a stab at the thirty entry of the franchise that many said derailed what he was building in the initial X-Men films. However, that nod hits a note of unfortunate irony in this context, as  X-Men Apocalypse  manages to pull its own  Last Stand  by wasting potential in the franchise’s second trilogy, picking things up from  First Class  and  Days of Future Past  without any sort of coherence beyond empty nostalgia for both its 1980s setting and the earlier X-Men films. But is there anything good to siphon  out of it? 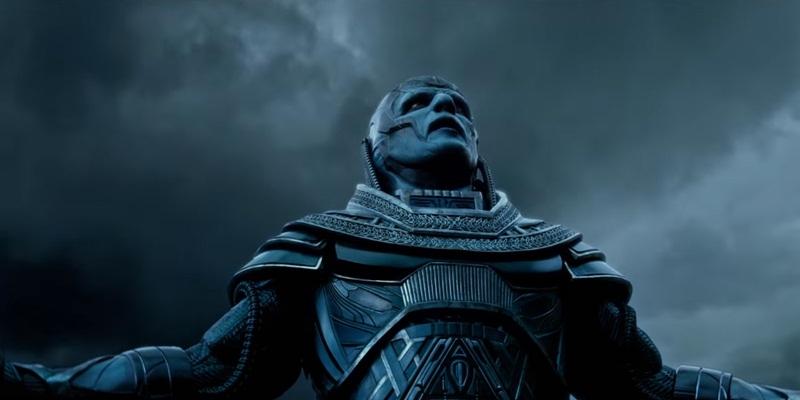 The least we can siphon out of all of is that in the ten years between X-Men Days of Future Past, all the former big wigs are living different lives. Professor Xavier (James McAvoy) and Hank “Beast” McCoy (Nicholas Hoult) are keeping the Xavier institute alive and thriving as new recruits like Cyclops and Jean Grey come in. Erik “Magneto” Lensherr (Michael Fassbender) is living in Poland under a new identity  as a metal worker until he saves someone with his powers, alerting the authorities to his presence and resulting in the tragic loss of his family that sends him back to his old ways. Raven “Mystique” DarkhÃ¶lme (Jennifer Lawrence) is out on X-Men Apocalypse  trying to save mutants in need, including Nightcrawler from a cage match with Angel (Ben Hardy). While they’re all living their disparate lives, the ancient Egyptian ruler mutant Apocalypse (Oscar Isaac) has finally come out of his weird stasis he’s been under for centuries. Now in the world of 1983, Apocalypse recruits his new minions to fit his status known as The Four Horsemen, including Angel, Ororo “Storm” Munroe (Alexandra Shipp), Psylocke (Olivia Munn) and the vengeance seeking Magneto himself. Now, our heroes – along with a few familiar  faces like Moira Mactaggert (Rose Byrne) and Peter “Quicksilver” Maximoff (Evan Peters) –  must stop Apocalypse from using his powers to control modern Earth with his devious mental mind control by any means necessary. 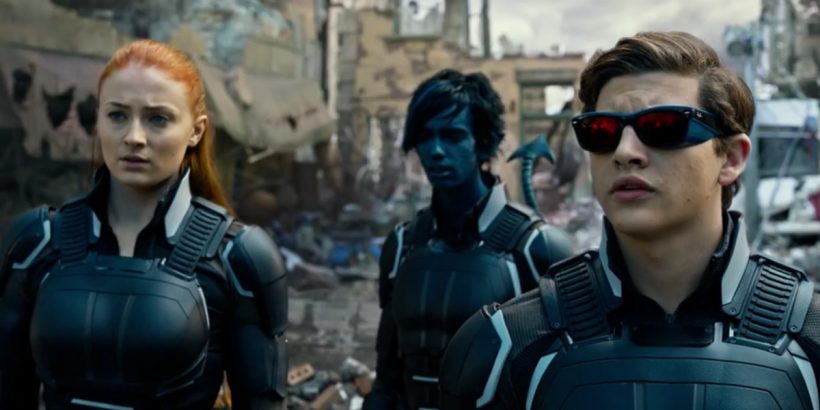 After the original X-Men films ran out of steam with The Last Stand  and  Origins: Wolverine, it was refreshing to see  the younger  cast of  First Class breathe new life into things and manage to bring the older cast back to a higher status with  Days of Future Past. So, rather than further the evolution of these mutant characters with a big third wrap up, Bryan Singer decides to pull out  endless monotonous retreading in X-Men Apocalypse. Many elements from the previous films are done over again, to ever decreasing effect. Remember when  Cerebro was  sabotaged in order to dispose of Professor X in the first X-Men? It’s here, it’s bigger and it’s uninteresting. Remember when Nightcrawler “bamfed” around and made Christian references in  X2? Also here, but without giving any new angle for Kodi-Smit McPhee to feed off of beyond copying Alan Cumming. Did you love the Quicksilver stopping time sequence set to “If I Could Save Time in a Bottle” by Jim Croce from  Days of Future Past? Yet again done here, but set to “Sweet Dreams Are Made Of These” by The Eurythmics and without anything else to make it stand out.  X-Men Apocalypse  feels like a self-flagellation for Singer’s X-Men universe on level with his familiar yet empty attempt at giving a slavish tribute to Richard Donner’s Superman in  Superman Returns; the retreads are bigger, but never better or done without an engaging twist of their own.  There are a few action scenes with cool ideas at play, particularly a mental beatdown between Apocalypse and Xavier that feels right out of a Nightmare On Elm Street  film.  Then again, that  isn’t  too outside of Bryan Singer’s wheelhouse, as the rest of the sequences show off direction that feels like he’s on autopilot, including a bland final act that feels ripped off from the more  forgettable “The World Is Ending” superhero films of the last decade. 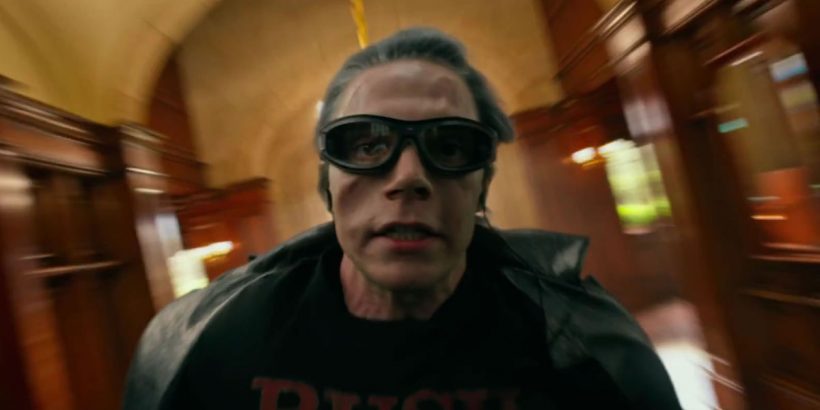 It’s as if Singer took the praise he got from  Days of Future Past  and decided to coast on it rather than up the ante in X-Men Apocalypse, which is a shame given he managed to improve so much upon the shaky ground of  X-Men  with the far superior  X2.  The lack of progression even extends to the time period. While  Days of Future Past  was steeped in the pop culture, bright pastel colors and paranoia of the 1970s,  X-Men Apocalypse  only feels about as steeped in the era of 30 years ago  as a 1980s novelty shop trying to clear out its wares. Aside from a very loose connection of ever increasing globalism of TV, the most 80s elements are empty uses of pop culture imagery like the Atari logo, Ms. Pac Man and “Thriller.” All of this  seriously diminishes how well the cast is utilized and all of the returning ones literally show no consistent aging from their origin point in 1962.  The  extremely talented  likes of Jennifer Lawrence, Rose Byrne,  Evan Peters, Nicolas Hoult  and Oscar Isaac are  completely abandoned in this tangled up “story”, along with so many false starts for newbies like Kodi-Smit McPhee, Tye Sheridan and Sophie Turner. Isaac is especially disappointing, given the  natural charisma he has displayed in recent films like Ex-Machina  or  Star Wars: The Force Awakens  is wasted on an elaborate make up and booming over processed voice that makes him about as generic as every lesser Marvel villain this side of Thor The Dark World‘s Malekith.  The only cast members who actually leave unscathed are Michael Fassbender and James McAvoy, who still maintain the same conflicting brother chemistry that made their arcs in the previous two films so engaging. Fassbender’s Magneto goes through a believable heartbreak while McAvoy’s hopes of  progressing his school are constantly in jeopardy by his own attachments that blow up in his face. Sometimes literally. 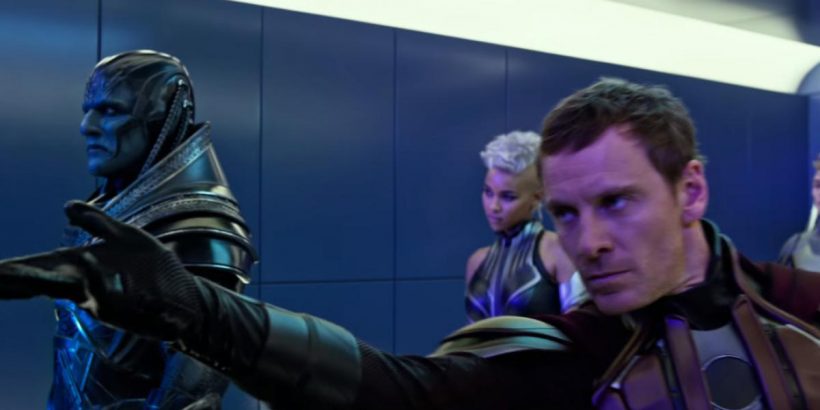 Yet, none of that is enough to make X-Men Apocalypse stand out in a crowded marketplace. While Bryan Singer helped usher in a new era for superhero films a few decades ago, resting on old  laurels in a modern superhero context isn’t going to cut it anymore. The Marvel Cinematic Universe keeps evolving its characters and situations. Even with all the problems of  Batman V. Superman, the DC Extended Universe is at least trying to do something different with its oncoming slate. Hell, 20th Century Fox JUST brought something fresh to the table with Deadpool  by giving the reins to fresh hungry talent. Singer’s work in  X-Men Apocalypse  shows off less originality and interest in progressing on the earlier groundwork, turning this once influential franchise into a regurgitation of everything that’s come before. The action, character beats and even humorous are all underwhelming copies of earlier franchise entries, with the few moments of originality either being compromised by poor character development, fan service or an unintentional laugh. Seriously, did Olivia Munn really need to wear her bikini wear on her visit to Auschwitz?  While we will be getting a supposedly final Wolverine film for Hugh Jackman  (who may or may not have a completely needless boring cameo here) next year, I’m honestly hoping that after this the X-Men  universe is rebooted with something else behind the camera. Cause I don’t want to hear this Singer belt out another tune  if he’s gonna wreck  his earlier hits like this. 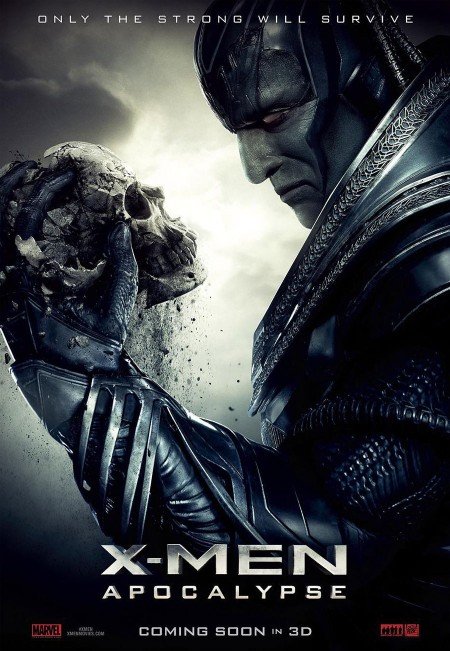 [Review] It’s Time You Get To Know THE STRANGER

Quibi – the new streaming service made just for your portable devices – has been out for a bit now and they have made sure that the horror genre has been well represented during their initial rollout. We talked a week or so back about 50 States Of Fright – which by the way are […]

Director Eric Blue’s Beacon Point is a captivating horror thriller  that I found to be a pleasant surprise. This low-budget indie gem is filled with mystery, well-realized special effects, and dynamic performances. A group of hikers meet at the Appalachian Trail for a hiking trip deep into the woods. What the group members don’t know […]

[Review] The Thing That Ate the Birds (SXSW Online 2021): U.K. Horror Short Combines Creature Feature and the Drama of a Crumbling Marriage

The tension between Abel (Eoin Slattery) and his wife Grace (Rebecca Palmer) is palpable, but their strained relationship takes a back seat when the titular creature comes calling in the U.K. horror short The Thing That Ate the Birds. It’s obvious from their terse interactions that the couple has had problems for a long time, […]