Betrothed is a 2016 film written by Jeff Rosenberg and directed by Jim Lane. The plot centers around the Cooper family…and the Cooper family is insane. Their primary  focus  is finding a bride for the dimwitted Adam (Jamie B. Cline). Helping Adam with this twisted endeavor is his burly brother, Nate (Adam Dunnells); his mother, Ginnie (Bunny Gibson); Nate’s wife, Emily (Nailya Shakirova); and several other random Coopers that pop up here and there — including a criminally underused Bill Oberst Jr. They find a bride for Adam in Audra (Mikayla Gibson), who is then abducted by the Cooper boys and taken back to their home. With a newly transferred detective (Trae Ireland) hot on their trail, a deadly game of survival and potential marital bliss ensues.

I’ll  start by saying  this is one of the worst movies I’ve seen in a long time, if not THE worst. The dialog is so hard to hear, that at times I thought my friend accidentally hit the mute button. The acting is ATROCIOUS. The lines are delivered with  little to no emotion or conviction, almost as if  the actors are reading from cue cards just off screen. The props — knives, chainsaws, etc. — are almost all clearly Halloween toys. But the guns, well, one of them was clearly a BB pistol that I myself owned at the age of 9 or 10. That was well over 20 years ago. I guess I didn’t realize that there haven’t been any advancements in the BB gun industry since then. Another  thing  I found confusing is that the song “Flagpole Sitta” by Harvey Danger — the very same song from Disturbing Behavior almost 20 years ago — bookends this movie. Apparently a big chunk  of the budget was dumped on securing the license to a once catchy song of old, when it probably would’ve been better spent on the props. 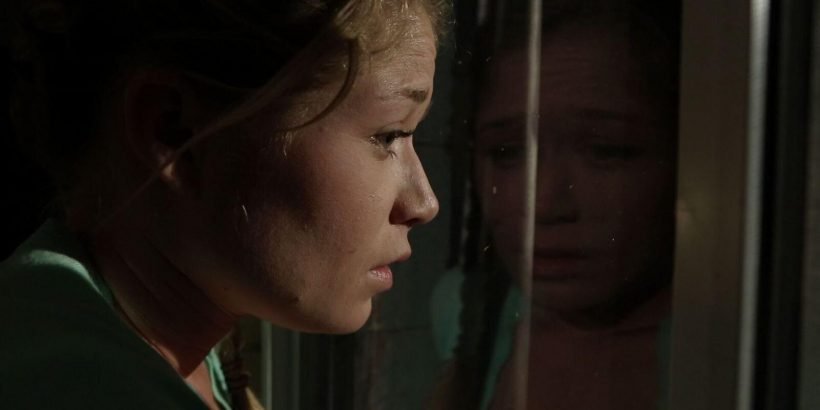 CGI blood? Lord help us! It has permeated through every inch of our beloved horror genre, and this movie contains some of the worst examples. In one scene, a finger is cut off with the dull side of a meat cleaver and the splatter almost looks like someone animated it with crayons, and not  Crayola Crayons; more like the shitty RoseArt Crayons that your mom would get you because they were a few bucks cheaper and “just as good.” We all knew the truth. RoseArt was a cheap imitation that could barely get the job done,and the CGI shit-fest here is much in the same vein. The makeup effects, when any sort of wound is actually shown, look like a cobbled together mess consisting of paper mache  and Play-Doh. So if you’re looking for gore and grue, Betrothed isn’t the flick for you.

However, if you’re looking for the worst choreographed action scenes, you’re going to love this one. Not only do punches not connect, but the many slaps given to Nate’s wife throughout the course of the movie, have late sound effects and clearly whiz right by her face. There are a few rape scenes in which Momma watches, and in one of the them, she even kills the victim and makes out with Adam before he finishes the “job.” There’s absolutely no rhyme or reason for these scenes, so I assume they were put in as a cheap attempt to shock the viewer. So really, my eyeballs were the ones that were raped and I didn’t even get a kiss from Momma. 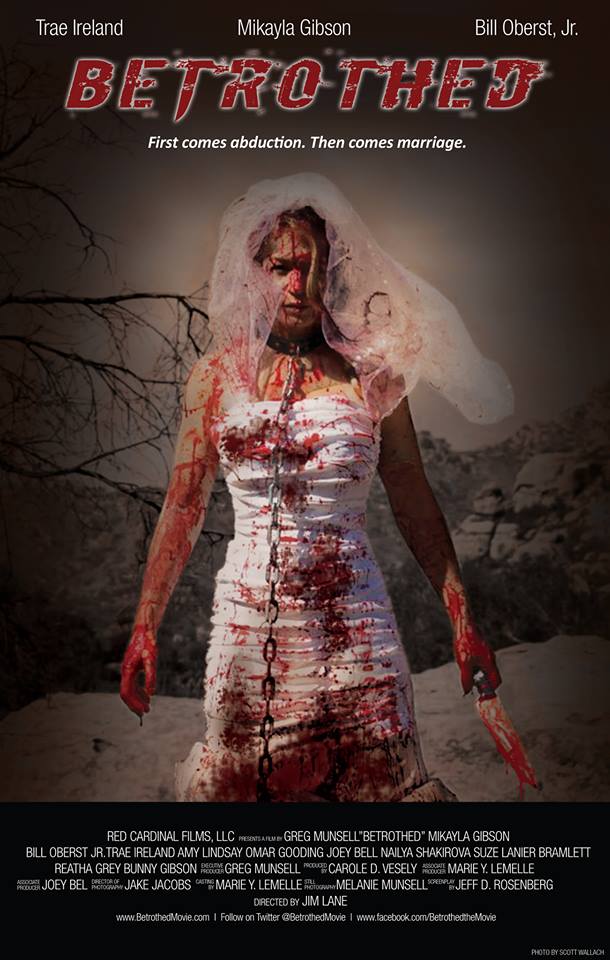 The supposed twists that come up throughout the film carry no weight or surprise to them. I was left with a “lost” sort of feeling as the movie progressed, or maybe I was just so bored that I started taking micro-naps and when I awoke, I’d lost some time. And certain characters are introduced in a sympathetic tone and then made to do horrible things for no other reason than to further the plot. Lame!

The dialogue that I was able to glean sounded as if the actors were given the freedom to improvise, which can be a very useful and cool way to loosen up the actors or explore the scene, but for the love of God, there has to be some editing if the improvisation doesn’t work. There is a scene in which the detective has a “perp” handcuffed to a table and tells him that unless he gives him the information he needs, he’ll leave the door open so the desert  animals can come in and take a bite. The animals he names? Coyotes, snakes and…bears. BEARS?! I don’t know a lot about a lot, but I’m fairly certain that bears aren’t prone to wander the desert. That’s just one example of the many problems that arise in this movie. Everything feels insanely rushed and cobbled together to the point where I found myself simply asking, “Why?” 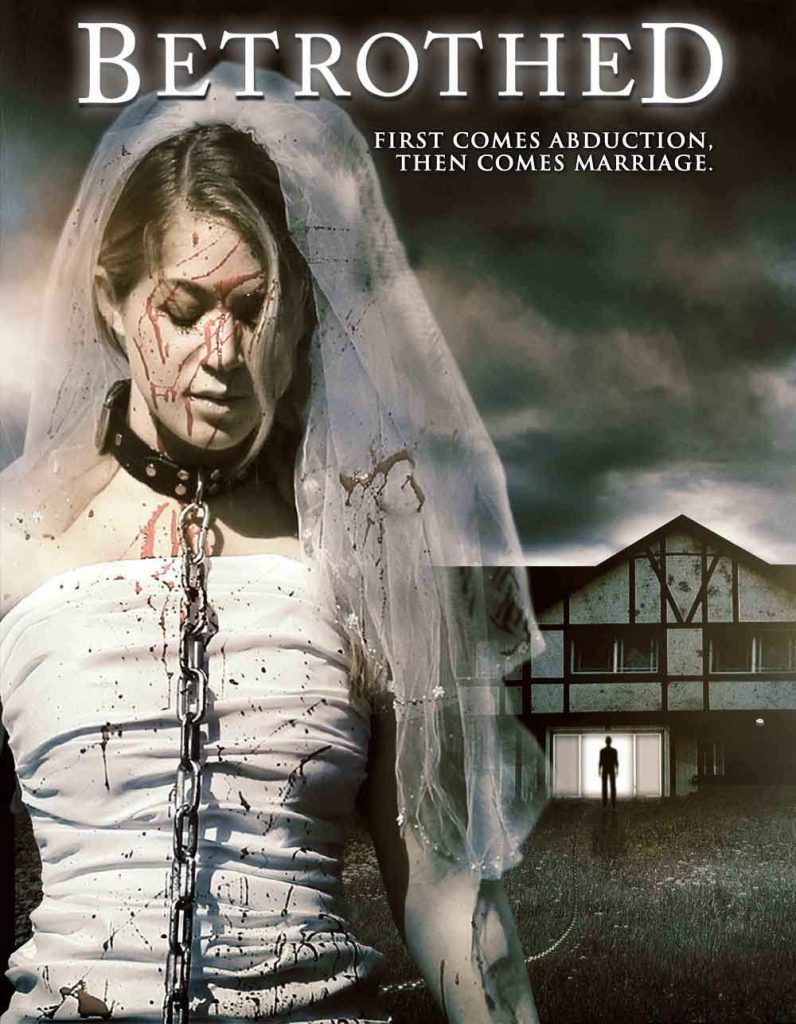 The only two things that actually stuck out for me was seeing Omar Gooding (brother to Cuba) in a bit part as a desk cop, and the fact that the main two protagonists were named Adam and Nathan, just like myself and my brother in the really, real world. However, those two things are not enough to warrant any sort of recommendation for this film. It is bad on so many levels and, unlike the last film I reviewed, this isn’t the good type of bad that you’d at least get some laughs from. This is the type of bad that makes you want to pay a vagrant to kick you in the balls repeatedly until you go into a coma. 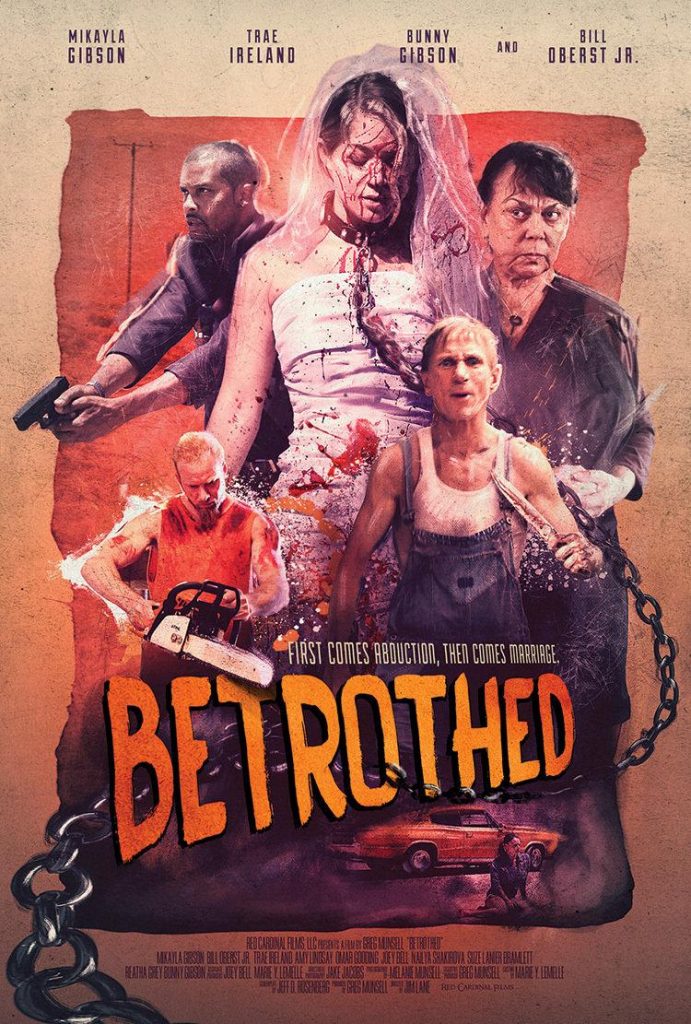 “The Ghost Note” (2017): Misses a Few Chords But Holds a Decent Rhythm

The Ghost Note is the story of Eugene Burns (Kenny Gardner) an old blues guitarist from Deep Elum, TX who gained immortality by selling his soul and attaching it to his album known as The Ghost Note which is believed to just be a legend.  While playing his possessed guitar he caused audience members to […]

How much viewers might enjoy the short film When Susurrus Stirs depends on their tolerance level for body horror. The film is filled with goopy, gloppy, gore effects but definitely has more going for it than just spectacular practical effects work. In director Anthony Cousins’ short, a nameless man (Nathan Tymoshuk) becomes the host to […]