Whoa. Talk about a movie that had me back and forth on whether I thought it was good or not. Truly, The Black Tape, written and directed by Ramone Menon, is a movie that appears to be illogical, but then goes back and covers the holes in its logic, mostly in clever ways. I say “mostly”, because there are still a few parts of this movie that work out a little too conveniently for the killer. I did like the premise of a killer who stalks a family without them knowing it, filming it all via hidden cameras and catching various members of the family in acts paint them in an unfavorable light.

Basically, The Black Tape is a found footage film that involves…well, a black tape, that is sent to the police, detailing the murders of the members of the Wilson family; murders that occurred several years ago. The tape shows who is responsible while it also airs out some of the family’s dirty secrets. After the initial opening scene of the movie, which appears to be a random killing committed by the person doing the  filming, we cut to movie footage from a year earlier that chronicles the Wilson family’s activities. 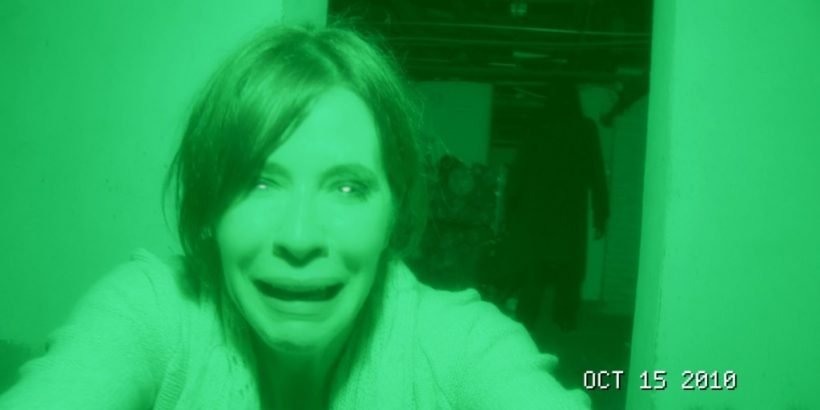 As is standard with a lot of found footage films, the beginning of the film depicts  pretty mundane, normal-life behavior and slowly builds to more dramatic events. The family is welcoming home their daughter, Stephanie (Melanie Thompson), from college;  there’s  some normal family banter between Stephanie and her brother, Paul (Parker Coppins); the mother, Alana (Elina Madison), shows interest in her children’s romantic lives; the father, Robert (Allen Marsh), is kind of just there; and little sister Mary (Viktoria Stonebrooke) is off somewhere playing with dolls.

As the movie plays out, Stephanie is filmed having sex with her boyfriend, but the boyfriend is also filmed cheating on Stephanie. Then Stephanie gets kidnapped and we are treated to footage of how the killer pulls it off. Meanwhile, little sister Mary discovers details about Stephanie’s kidnapping, but no one will listen to her. Some unsavory Wilson family secrets are also revealed. For example, Robert’s sick father is staying with them and  is being mistreated by Robert’s wife, Alana.  All of these secrets act in favor of the killer as he uses the various footage, as well as his access to the family and their friends, to his advantage in the kidnapping and murders. 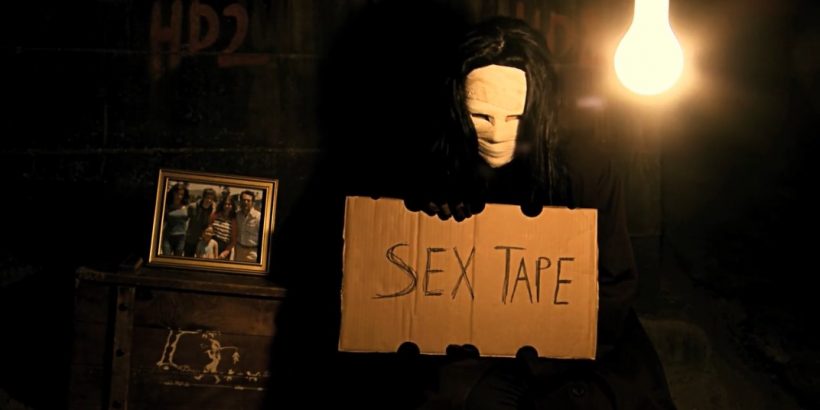 I applaud how the filmmakers address many of the loopholes that initially appear in the film by showing retro footage of how the killer was able to do what he did, but there are still a few problems. Most events are explained in a logical way, but there are a few scenes with details that just  didn’t seem  possible. One example is when the killer actually kills someone in their bedroom. First he strangles them, which would be easy enough to cover up and lead people to think maybe the victim was  still alive. However, the killer also stabs them, creating blood splatter on the wall. The next morning the room is clean with no signs of blood. I’m no crime expert but I did stay at a Holiday Inn last night and I don’t care how on-their-game this guy is, I find it hard to believe he could’ve cleaned up the blood from a stabbing victim killed on their bed. That shit goes everywhere. Like Slayer says, “Blood is cheap ‘cause it’s everywhere.”

Overall, The Black Tape was able to hold  my interest despite its flaws. I thought the killer was a little too good at what he was doing. His  identity helps explain at least some of killer’s success, but still…no one is that good. Also, it was never clear exactly WHAT the killer’s true motivation was, which irked me a bit. But again, overall, the movie isn’t bad. I’m not an anti-found footage guy like a lot of horror fans tend to be, but if this is a genre you don’t like, this is not a movie  for you. However, if you don’t mind found footage, The Black Tape is a good way to pass the time and even have a little fun. 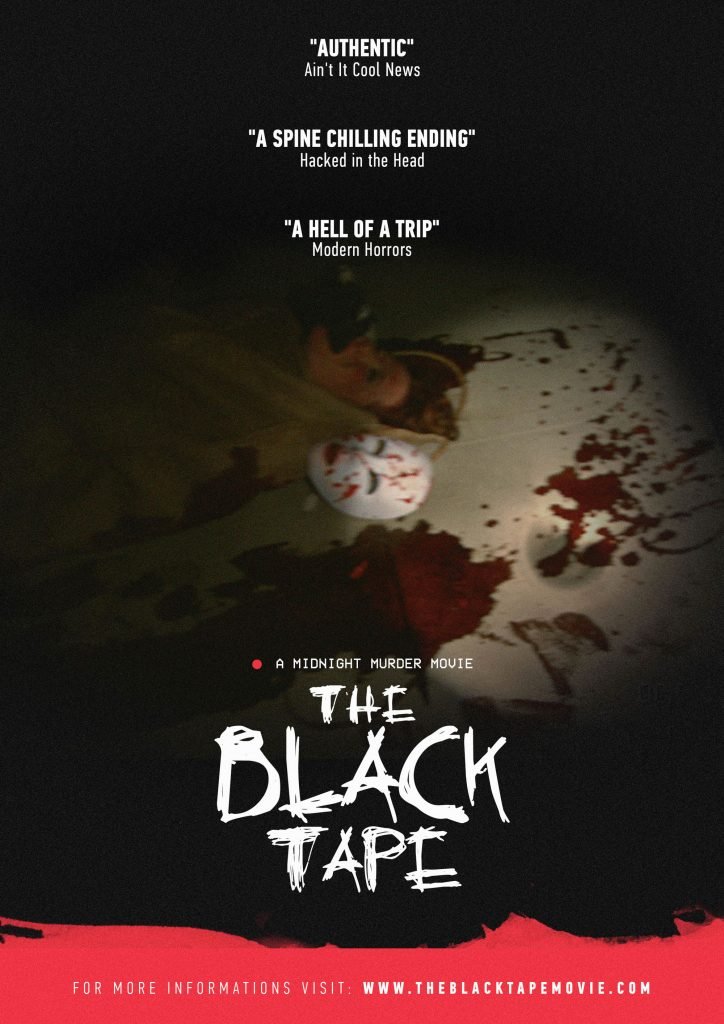 Marvel returns to Asgard with Thor: Ragnarok (2017), the third in the Thor series of films. However, this addition to the franchise brings far more spirit, color, life, and humor to the sometimes stiff characters. Director Taika Waititi along with writers Eric Pearson, Craig Kyle, and Christopher Yost may have created the most accessible and […]

Y’know, I’ve never been a fan of whatever production company The Asylum puts out, or should I say belches forth? Long known to create quick, cheap knockoffs of forthcoming blockbuster films in order to jump on the bandwagon and possibly steal a few quick DVD sales from confused foreigners, The Asylum traffics in the lowest […]

[Review] A BANQUET (2022, IFC Midnight) A Taste of Horror to Whet Your Palette