It was recently announced that Shawn Levy would be remaking John Carpenter’s underrated sci-fi romance Starman. In a world where John Carpenter’s more iconic films have already been raked over the coals by the Hollywood remake machine, it’s not a huge surprise that one of his lesser known yet more inherently commercial films would be an oncoming target. However, the director of the  Night at the Museum  trilogy and  The Pink Panther  remake  doesn’t jump to mind as the best fit for such material. No offense to Mr. Levy, but even something as out of left field for Carpenter as a sci-fi romance managed to work thanks to an auteur’s spirit. In fact, we’ve already gotten such an effort that effectively reworks the basic plot of  Starman  from an up and coming artist wishing to branch out of his comfort zone.  Said up and comer is director Jeff Nichols, known for his smaller indie dramas Mud and Take Shelter, who makes the turn to  genre with the sci-fi thriller  Midnight Special. 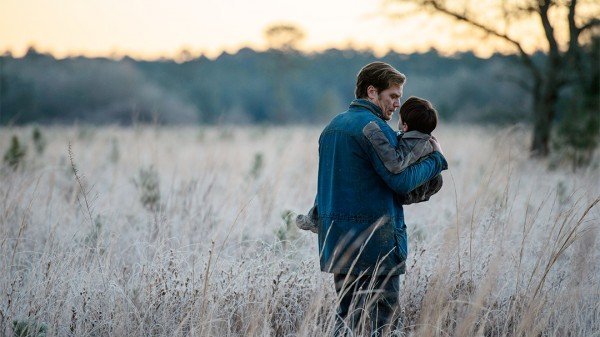 Midnight Special  follows  Roy (Michael Shannon), a former member of a Texas based cult where the leader Calvin Meyer (Sam Shepard) has raised Roy’s mysterious son Alton (Jaedan Lieberher) as his own, treating Alton’s power based outbursts and fits of  random speech patterns as gospel for his followers to hear as sermons. Roy and his last true friend before his indoctrination Lucas (Joel Edgerton) have whisked Alton out of the cult’s clutches, hoping to make their way to Atlanta based on the coordinates Alton has spoken of during his fits. As they travel the road darting past authorities, the last vestiges of Meyer’s cult and the US government are  searching for Alton, one for the sake of promised salvation and the other hoping to find out  why Alton’s “sermons” have information related to government satellites. As their leading investigator Paul Sevier (Adam Driver) interviews members of the cult and follows the aftermath of Alton’s power outbursts, Roy & Lucas seek shelter on the road with excommunicated cult members  – including Alton’s birth mother Sarah (Kirsten Dunst) – as they try to beat the clock to Atlanta in time for the March 6th deadline that’s likely to reveal the mysteries behind Alton’s abilities. 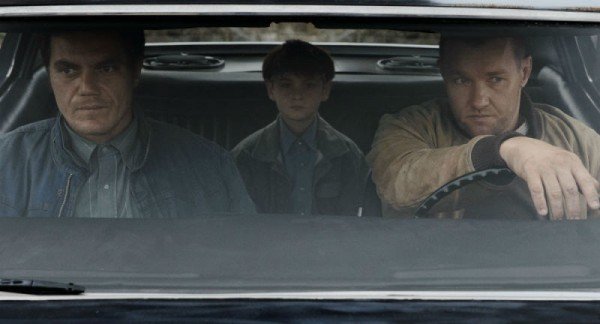 I mentioned that  Midnight Special  is a bit of a departure for Jeff Nichols’ filmography, but that’s only on a very basic level of genre. Nichols’ style is still firmly utilized here, mainly in terms of how small gestures speak volumes about his characters. Nichols’ inspirations in terms of basic story like Carpenter’s  Starman  or Steven Spielberg’s Close Encounters of the Third Kind  were built around big moments of spectacle and pronounced moments of emotional outbursts from its characters to express the connections (or destruction thereof) of familial relationships and near insane determination. Here, much in the same vein of Nichols’  Mud  or  Take Shelter, the most impressive character beats are based in limited emotions  that show true conviction. One such example is a subtle exchange between Shannon and David Jensen about their time in the cult, where Jensen answers Shannon’s question of “if he misses it,” which he responds with a simple “Everyday.” It speaks to the overall theme of regret based on major decisions the characters think are right without elaborating too extensively, allowing the audience to ask questions and feel a rise in tension while giving them enough to feel invested in Shannon and the supporting cast. This theme runs particularly deep between Shannon and Kirsten Dunst, having allowed their son to be raised by the cult leader who shackled them personally, they’re haunted by said cult’s lingering influence and contemplate how the very decision that brought them closer to Alton could eventually separate them from him permanently. Jaedan Lieberher has a rather calm and untraditional turn for most child performers, but said turn makes sense for a character that’s been raised in a cult and having a debilitating sickness in the form of an alien origin. It’s a complex web of emotion conveyed subtly, yet powerfully by this immensely talented cast. 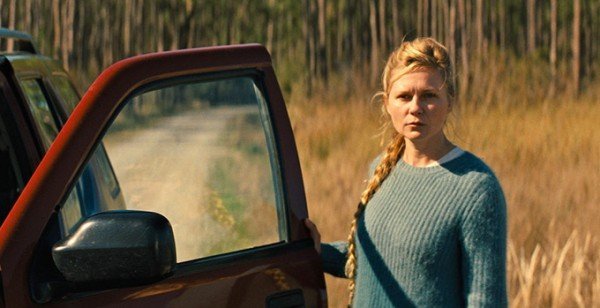 One of the more powerful images that recurs in  Midnight Special  is Alton’s eyes jutting out a spasm of light that shows others a vision of the world he apparently comes from. It’s one that serves as the crux of Sam Shepard’s sermons and one that side characters often crave to see again. It’s  an image that resonates, not just for the understated  yet effective use of a likely limited special effects budget for a smaller film like this, but for the thematic drive it displays for these characters. All of them have had their faith tested by the actions of this cult or what this child represents as a damning affront  to traditional grasps  of our own reality. This can be seen in everyone, from Joel Edgerton’s determined normal man unrelated to the cult who wants to protect what his best friend holds dear to Bill Camp and Scott Haze‘s rather calm yet unwavering efforts to bring Alton back that are based around how important this child’s actions are to their beliefs. Shannon himself questions the validity of these visions, but finds trust in his son once he sees the true scope of his powers. In that way,  Midnight Special  is a far more intriguing example of a Superman story than the current supposed adaptation of the character in  Batman V. Superman: Dawn of Justice. Like that film, it’s a grounded study in showing how such a  being can shift the perceptions of mankind. Yet, unlike Zack Snyder’s  “vision,” these characters have the innate human ability  to question and provide  answers that feel genuine.

That all being said, it’s a shame that Midnight Special‘s equivalent to Lex Luthor in the form of Sam Shepard is shoved  to the wayside along with the immediate presence of the cult in general for the FBI’s threat that’s far less intriguing. Camp and Haze’s actions are filled with quiet tension, leading to a deafening blow to the connection of this rag tag family that strikes the second act with white hot agitation. Then… they pretty much disappear, robbing that moment of its intensity as they’re replaced by the sensible yet distant threat of these FBI officials. The ramifications for the government’s interests in Alton are on a  larger scale, but they feel much colder and less compelling  than the more personal aspects of the cult’s motivations. Either are still given massive threat thanks to Nichols’ limited but striking direction of the more intimate scenes of rising danger. At the very least, the conflicting motivations of Adam Driver’s character provides some necessary limited exposition and some much needed comedic relief to break from the crazy suspense  of the proceedings during this FBI subplot. 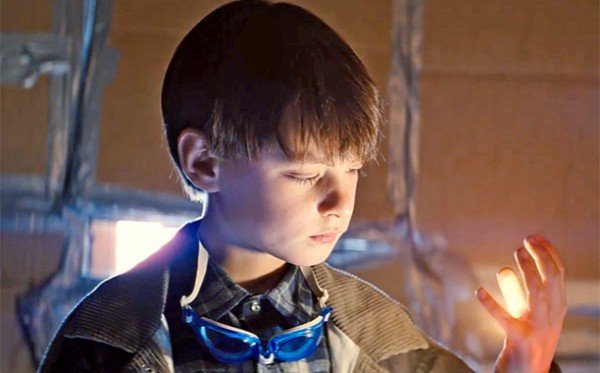 Midnight Special  is the exact type of genre film we need to spice up the potential blockbuster fatigue op-ed articles constantly threaten in our modern cinematic landscape. Much like the Spielberg or Carpenter films of old, Jeff Nichols takes influences from filmmakers of the past and provides a new spin that mirrors the turmoils of our current age. Specifically,  Midnight Special  delves into the questions of faith, regret, family and the sacrifices one must make for those they care for. While not as pulse pounding as the works of the more experience filmmakers behind  Starman  or  E.T., Nichols manages to adapt those themes and ground them in a way that gives the seemingly impossible a more relatable sense of tension. There’s spectacle and wonder to be found, but it’s not through mastery of elaborate special effects as much as it is the endearing nature of these performances and intimate relationships between these characters that only strengthens those bigger moments. All of this makes Nichols a true talent to look forward to, hopefully meaning he can add his style to the cold indifference of other films that mirror this untraditional sci-fi tale.

“Microwave Massacre” (1983): Trashy, Tasty, and Cheesy Fun from a Big Ol’ Microwave Burrito of a Film

Not every day calls for a gourmet meal. Sometimes, all you really want, and all you really need, is something like a trashy microwave burrito. Granted, you should not live […]

The Curse of La Llorona – Familiar but Creepy Restless Spirit

The Curse of La Llorona tells a story that will feel very familiar to all horror movie fans, the story of a curse created by a horrific family tragedy in […]