Anger of the Dead is a 2015 film written and directed by Francesco Picone that is adapted from his 2013 short film of the same name. Produced by Uwe Boll — yes, that Uwe Boll — the film follows our pregnant protagonist Alice, (Roberta Sparta) as she struggles to survive in a world that has been ravaged by a plague that turns people into zombies. Turns out, the undead may just be the least of her worries.

That thing you just read? That cobbled together synopsis? Yeah, that’s probably the best thing you’re gonna find about this train-wreck called a “movie”. I knew within the first 5 minutes that I was in trouble. Be it the laughably bad acting, the incredibly bland and stale cinematography from Mirco Sgarzi or the horrible lookalike leftover makeups that are on par with Steve Miner’s’ abysmal Day of the Dead remake, (which was somehow better), I couldn’t help but remember that I chose this movie. Me. No one else. Me. 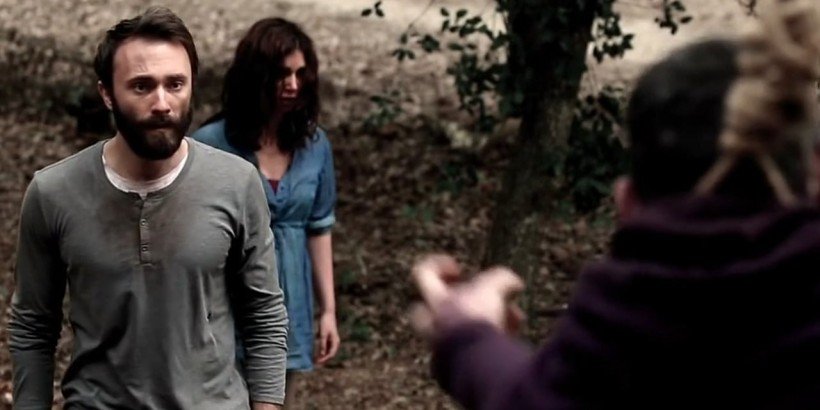 Within the first five minutes, we get an attack on a member of our heroine’s family, which strangely doesn’t seem to affect her in the way something of this caliber should. Fade to credits. Woah. I mean, Woah. The opening credit montage is a BLATANT ripoff of The Walking Dead. From the random shots of chaos to the dreary music, Mr. Picone knew exactly what audience he was attempting to sucker here but I, for one, seriously hope that Mr. Picone will come to realize that there is a huge difference to paying homage to something as opposed to ripping it off entirely.

Unfortunately, it never really stops being a Walking Dead ripoff. From the prison “refuge” to the main antagonist Rooker (Aaron Stielstra) who is truly nothing more than a poor man’s Governor and also our main hero Steven (Marius Bizau) who is this film’s Rick, in look and certain arcs of his character. It even goes as far as to have certain plot points from the comic that are yet to be introduced in the show make an appearance. I was literally never shocked or never phased by any of the major plot points because I have literally seen them all before. I was at no point feeling tense or worried for the characters at any given time because even as a casual fan of The Walking Dead, I knew exactly what was going to happen, not that a single character would elicit fear or dread because they were so overwhelmingly under developed. 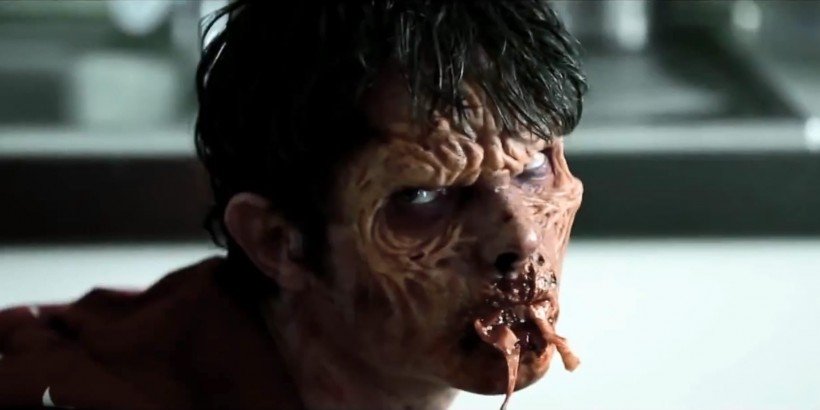 I am a huge fan of the zombie sub-genre. One of my all time favorites is Romero’s Day of the Dead. I would take Day of the Dead 2: Contagium over this film any day. I also have to say, enough with fast zombie crap. Zombies should not be as fast as Wally West, they should be as slow as, well, this movie. Slow, shambling, rotting corpses, that’s a zombie. Hell, I’ll take zombies with silver ping pong balls for eyes over these jokers any day of the week. Also if you’re looking for any typical zombie gore, you ain’t gonna find it here. Any time a zed word is feeding on human fleshy bits, it looks like raw chicken and I’m inclined to believe that it was. Most of the kills weren’t even shown, but merely poorly suggested. I’m a big believer in the less is more theory, but this wasn’t less, it was none.

So, you may ask, is there anything in this shallow hull of a film that isn’t The Walking Dead  done over? Maybe you are wondering if there is anything for non-zombie fans? I will answer, why yes! There is! There happens to be a 5 minute scene full of man on woman beatings, implied rape and general torture porn that is a carbon copy of the film Martyrs! So, not only one ripoff, but two! Unfortunately, Anger of the Dead attempts to copy all style with literally no substance. I couldn’t have cared less about any of the characters or plot. Thankfully,  this film clocks in at a little under an hour and a half, so your pain will be short lived. 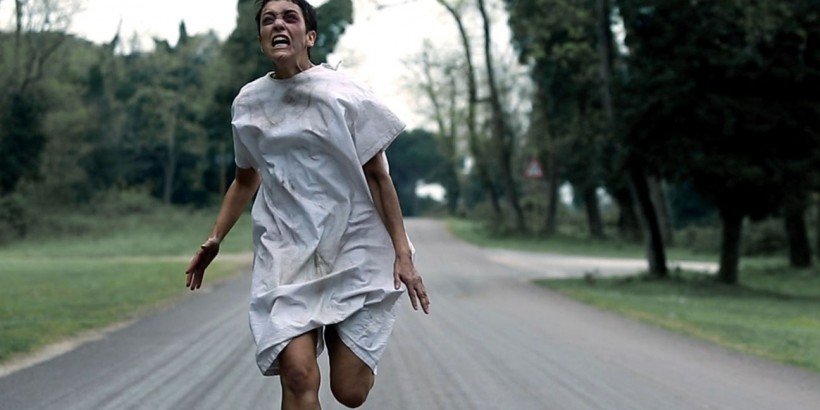 Now the behind the camera shenanigans. I don’t know what to say about Uwe Boll that hasn’t already been said a thousand times over, but i’m gonna give it a whirl anyways. For the love of god, stop. You literally produce nothing of value and must take a certain kind of sick joy in giving people pain. Granted, Mr. Boll only served as producer on this turd and therefore may not be 100 percent at fault for it, but I feel like he should be blamed, if anything, for his past “works” alone.

For all it’s worth, I cannot bring myself to give any movie a zero out of 5 score, the fact that they even got their shit together enough to make a movie is commendable and more than I could ever hope to do. That being said, I also cannot recommend this movie for any reason whatsoever, unless you are really into poorly spoken English and absolutely no scares whatsoever. Don’t open Anger of the Dead, or you’ll be dead inside.

“Shelley” (Fantasia 2016): A Little Too Deliberately Paced for its Own Good

Pregnancy can be a scary time for the mother-to-be. Her body goes through an extreme physical transformation, and hormonal fluctuations can bring about emotional and psychological changes as well. This […]

“Creepy” (BIFAN 2016):  Japanese Thriller Lives Up to Its Title Thanks to a Disturbing Villain