When you think of evil babysitter films, there are a number of films that slot neatly into that sub genre. Take films like The Hand That Rocks The Cradle (1992) in which Rebecca DeMornay played a deranged nanny looking to murder the family she worked for, or The Guardian (1990) in which Jenny Seagrove is the babysitter from hell and has some really evil plans for the young boy she’s been hired to care for. Films like these take advantage of the inherent fears that parents (especially new parents) have when they leave their kids with people that they really don’t know (at least not at first anyway). When these films are executed properly, they can really hit a nerve with audiences worldwide. The latest entry into the Bad Babysitter genre is a little ditty called Emelie, and it’s a stone cold winner! 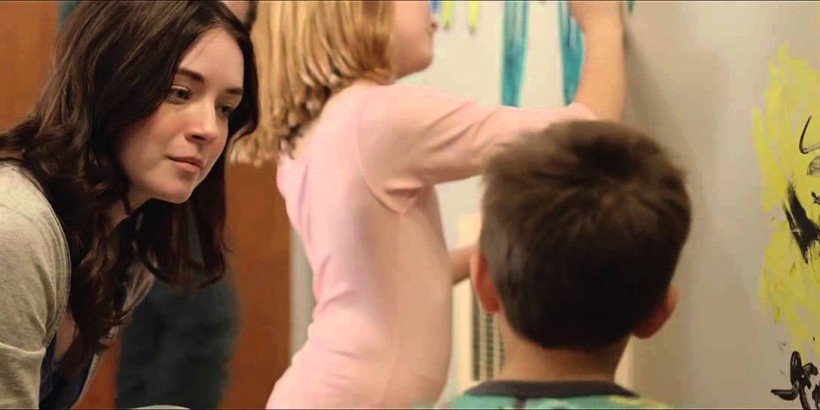 Dan (Chris Beetem) and Joyce (Susan Pourfar) Thompson are celebrating an anniversary and their usual babysitter, Anna (Randi Langdon) is unavailable, so in a bit of “He said, She said” referral nonsense, they end up hiring another girl who just happens to also be named Anna (Sarah Bolger). But the new babysitter’s name is actually Emelie, and Emelie has some major issues when it comes to watching other people’s kids. And once Dan & Joyce leave for a nice, quiet anniversary dinner, she proceeds to make sure that their three kids, Jacob (Joshua Rush), Sally (Carly Adams) and Christopher (Thomas Bair) will never forget the evening they’re about to experience. 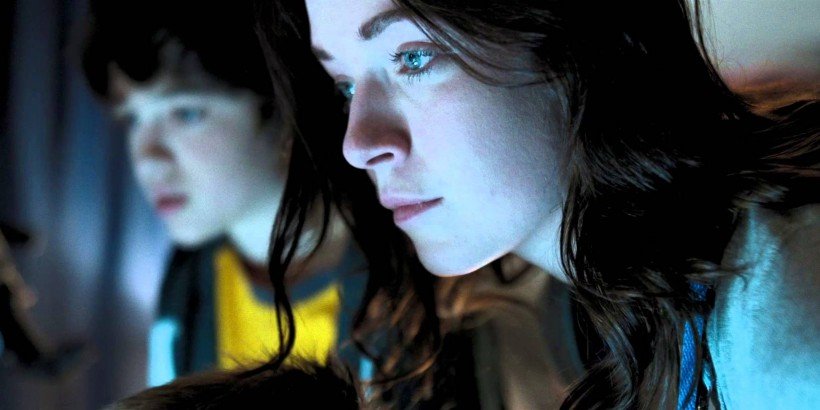 Emelie’s…I mean Anna’s plans start out innocuously enough. Once the parents are gone, she immediately announces that there are “No rules” for the kids tonight, which leads to lots of sweets, dressing up however they like and drawing all over the walls of the house. But the festivities soon degenerate and Anna introduces Jacob to the wonders of a woman’s monthly period, shows all of the kids a sex tape that their parents made, animal abuse, pointing a gun at their heads and all around general nastiness. apparently her ultimate plan is to kidnap little Christopher and abscond with him to somewhere (where is never made exactly clear though). There are some loosely connected flashbacks that give the audience an idea of the events that led Anna/Emelie to this point in her life, but exactly why Anna/Emelie is putting the kids through all of this mayhem isn’t exactly crystal clear. She has an accomplice, but his role here isn’t well defined, and his eventual denouement seems like something that the screenwriters (Richard Raymond & Harry Herbeck) just kinda threw together at the last second. 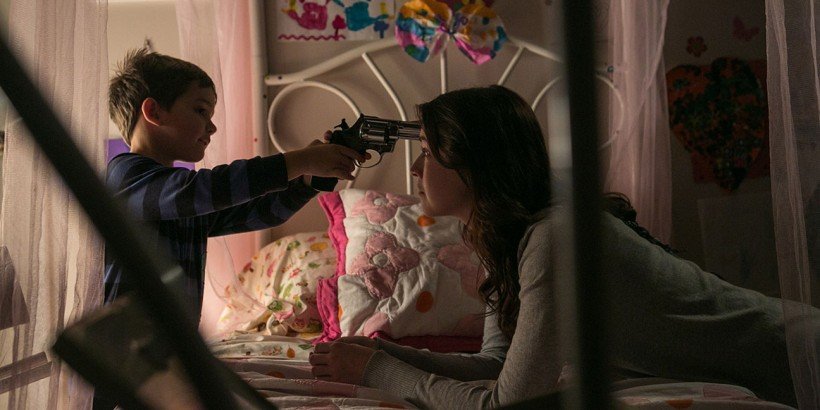 But Emelie’s script works as a tense & uncomfortable slice of babysitting hell for the most part. It isn’t especially gory, thought there are a few bits of grue and red sauce tossed about, but it almost immediately conveys a sense of dread and the feeling that something’s just not right about the new babysitter as soon as she enters the front door. Bolger is a steely cold ice princess with a false smile that is chillingly effective and scary. She cannily (& ever so subtly) uses her sexuality to sway Jacob in the beginning, especially in the way she walks around him, while merely allowing the other kids to do whatever they want to keep them out of her hair as she executes her plan. But all of this lasts only until the game of hide & seek she plays with the kids, which she uses to go through the parents belongings and personal items. 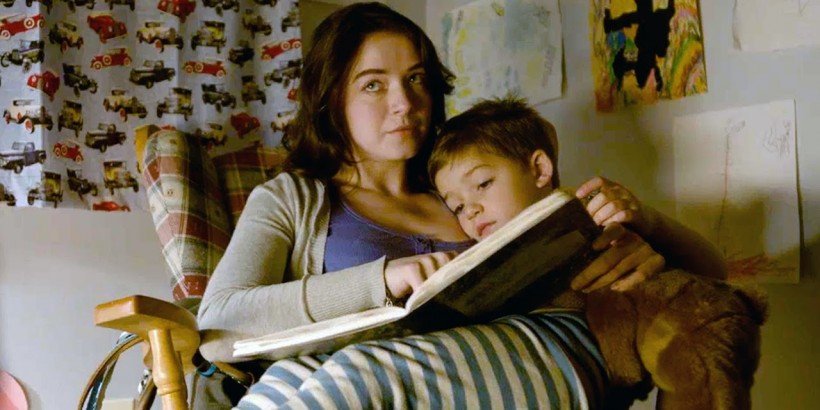 All of this works very well for most of the film’s running time, but there’s a gaping plot hole at the center of Emelie that sullies it ever so much. Even though the flashbacks give an explanation of the tragedy that Emelie has previously suffered, they still don’t give too clear an explanation of why she’s ended up doing what she’s doing. And a final 15 minutes that fall prey to the general conventions of the crazed babysitter sub genre don’t help matters too much either (why do nearly all of these films have a kid that all of a sudden becomes a combination of James Bond & MacGuyver?). But still, director Michael Thelin does a fine job of keeping it all eerie and tense, and presses all of the correct buttons that need to be pressed when parents watch movies like this. 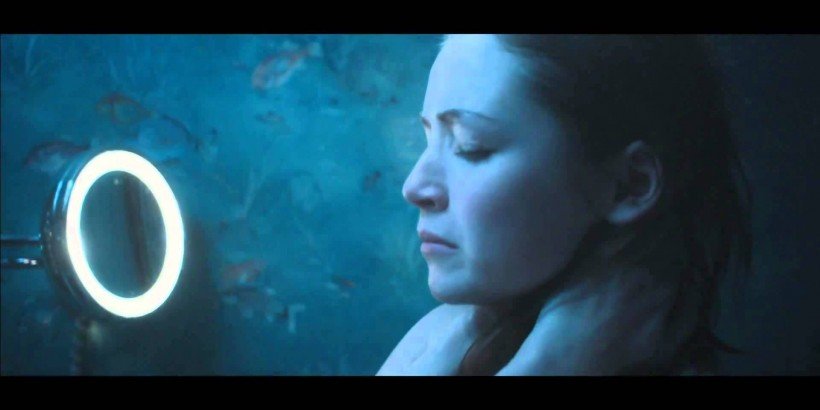 While I was watching Emelie, I got a call from one of my daughters (who calls her dad every first day of Spring out of habit). She asked what I was doing, and when I told her I was watching this and proceeded to describe it to her, she commented that it sounded “Like a Lifetime Network Movie“. I thought about that comment afterwards, and decided she wasn’t too far off with her summation. Emelie isn’t an out & out horror film – it’s more of a thriller, and like I said earlier, it ain’t gonna win any awards for bloodiest film of the year either. Emelie is intense though, and Sarah Bolger really knocks it outta the park with her performance. She’s literally too scary to be a villain in a run of the mill Lifetime Network film.

Emelie isn’t perfect by any means, but it is effective and entertaining. I enjoyed my time with her a great deal, and I have the funny feeling that the majority of you who watch it because of this review will too. And for those of you that don’t… 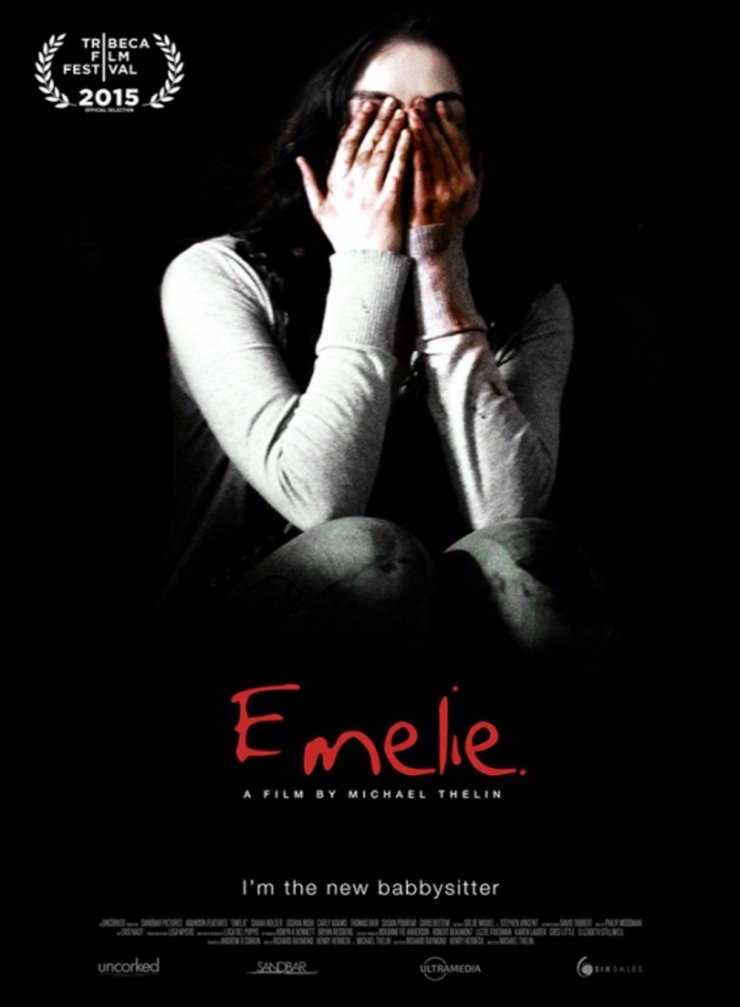 “Wrecker” (2015): Soundly Drives Its Inspiration But Is Far From Inspired

Wrecker, the new killer-behind-the-wheel thriller from director Michael Bafaro (along with co-writer Evan Taylor) currently out on VOD and part of the 8 Films to Die For 2015 collection, draws inspiration from the classic Stephen Spielberg tele-film Duel. On a long, lonely stretch of mountain road called “The Devil’s Pass” a pair of traveling girlfriends […]

J.M. Barrie’s much beloved Peter Pan returns to theaters with Pan (2015) from director Joe Wright and screenwriter Jason Fuchs. The story explores the origins of young Peter before he was known as the boy who can fly. The film follows Peter as he arrives in Neverland and meets James Hook and Tiger Lily for […]

“You’re an odd bird,” a potential robber tells agoraphobic Anna as he tries to figure out why she didn’t contact the police after he and his two partners break into her house while she is  there. The same can be said for director Adam Schindler’s thriller Intruders. For the first 20 minutes or so, the […]