This review The Walking Dead  Season 6 Episode 10 “The Next World” contains spoilers so go watch the dang thing before y’all read this.

Last week The Walking Dead re-ignited the  passion for Rick, Daryl, Carol, Carl, Michone and the walkers  as “No Way Out” premiered on Valentine’s Day, setting the table with candles and flowers  The Walking Dead  style using rocket launchers and fatal bites. Let’s see if the love affair is still going strong with episode 10 “The Next World” — or will our hearts and eyes already begin to stray anew. 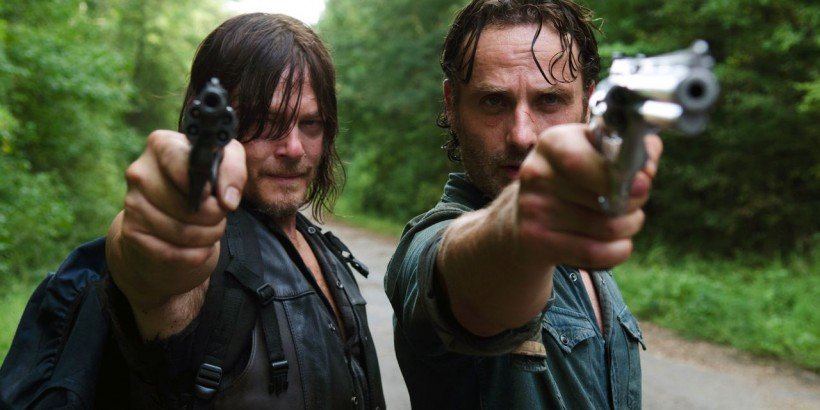 Well, as with most relationships, the butterflies disappear quickly as the love is still in the heart  but the routine takes over after the freshness of those first few weeks or months fade. Well, Grue-Believers, The Walking Dead  is no different. After tugging on our heartstrings last week and making us fall in love all over again, she stops  wearing make-up, puts her hair in a bun and throws  on the sweat pants. I understand that after such an intense episode last week that it would be tough to compete with the pacing and drama, but — dang — going to the sweatpants right away? What happened to at least throwing on some yoga pants?

We get  to see a mishmash of things going on in Alexandria. Maggie and Enid are having  a heart to heart, Denise is turning into a pretty darn good doctor, Carl and Enid go for walks in the woods to delve in to their secret stash of comic books, Spencer (Austin Nichols) wanders away from Alexandria  alone with a shove and weapon in hand. And,  a surprise love affair blooms. 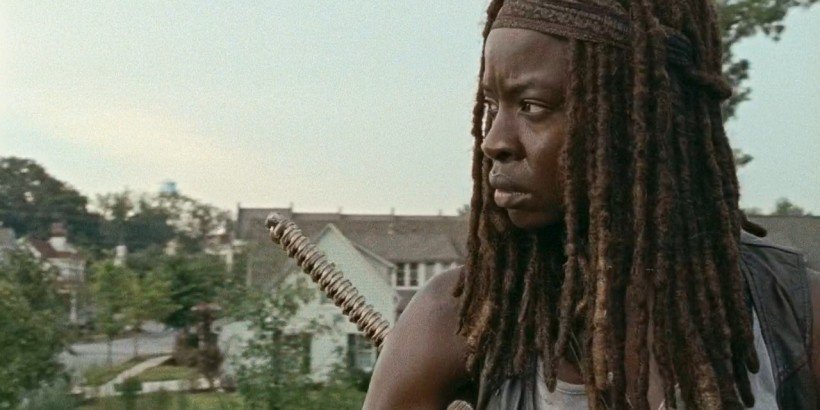 The main arc of the show follows Rick and Daryl as they venture out for supplies especially mint toothpaste for Michonne and Pop (aka Soda) for Tara. During their travels, they encounter  a man named Paul Monroe played by Tom Payne. Paul also goes by the sweet name of Jesus and has the TV-fueled superpower to escape from Rick’s traps with uncanny ability. Jesus and Rick & Daryl  continue a series of  back and forth confrontations with a truck stocked full of valuable  supplies. This truck eventually ends up in the bottom of a lake during a fight between Daryl and Jesus  after Daryl knocks him out cold.

We discover  the reason for Carl’s comic book escapades; Carl is looking to  lure a certain walker close to Alexandria. This ties  into Spencer’s walkabouts which in turn have  Michonne following close behind.  Spencer dose  not reveal his reasons to sneak around the woods to Michone  until Carl lures  the walker to them. Who was this special walker? I’m glad you asked, it is  none other than Deana. Carl thought Deana’s walking corpse should be dispatched by someone that loved her. We find out that Spencer’s walks were to try and find his mom so he could give her a proper death and resting place which he does. He and Michonne bury Deana and make a grave marker. 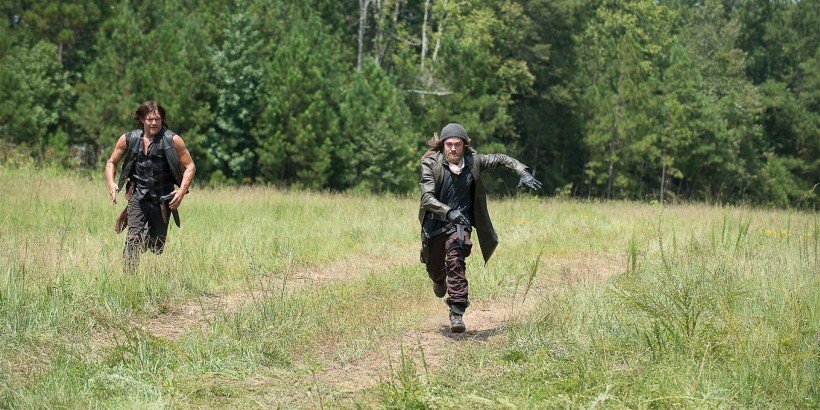 Meanwhile Rick and Daryl tie their unconscious prisoner up and bring him back to Alexandria to find out more about him when he returns to consciousness. Daryl decides to take the first watch over the new prisoner while Rick returns home to rest. Michonne comes in and makes him sit up. Rick gives her candy mints to supplement the waterlogged toothpaste at the bottom of the lake. This means so much to her that they end up in bed together. It’s almost spring and there is the blossoming of a new romance. They are woken  in the middle of the night by a voice which jars them out of bed in their birthday suits with their weapons at the ready. The voice is that of none other than Jesus  who has apparently pulled another Houdini-esque escape. He insists  it’s time for he and Rick to talk.

This episode of The Walking Dead  is  directed by Kari Skogland and written by Angela Kang & Corey Reed. This is  definitely a letdown after last week but is building towards something big especially if it is following the story line in the comic book which for the most part it seems to be as of late. Although not necessarily a dud, this episode is  surely donning sweatpants.

The Walking Dead  Season 6 Episode 10 “The Next World”

Grue-Believers, who is ready for some turkey? Before we stuff our turkeys, make the filling and pumpkin pies on this holiday season in the Staates, we all get to sit down together as Walking Dead fans and watch this week’s episode “Go Getters”. This season has been fairly great so far; but, as I’ve said […]

This week’s  Ash vs Evil Dead  has a solid double meaning for it’s title. While Pablo has the power of the Necronomicon stuffed inside of his body, Ash, Ruby, Kelly, Linda and Lacey are trying to protect him while a barrage of locals trying to get into Ash’s old house. Lest we forget, someone else […]