As an indie filmmaker and actress, I tend to find the good things in even a bad film. However, after viewing OMG… We’re In A Horror Movie, I kind of want that hour and 40 minutes back. The end credits are  good, though, so I’ll grant them that.

The story for OMG… We’re In A Horror Movie  takes place present day (or close to it). Weekly board game night turns deadly for a group of six friends who find themselves suddenly living the plotline of a horror flick. Which, you know, would be fine if no one had ever seen the Scream  franchise. A few moments are spent watching the group try and place who would fit which stereotype – am I the survivor girl? Hot chick who is murdered for being sexy? Token <insert race here>? 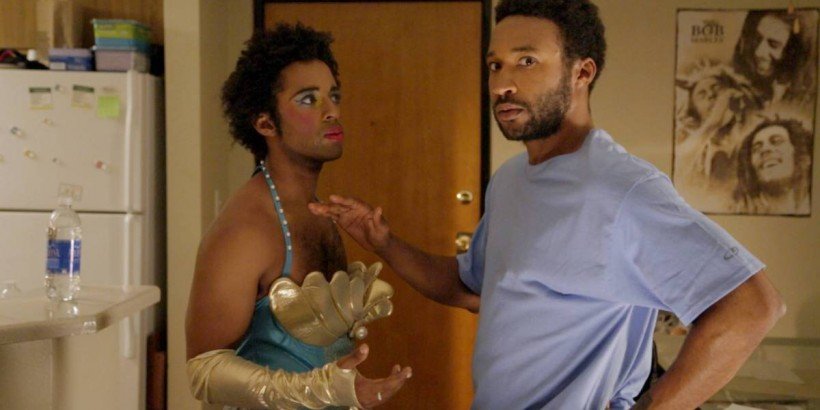 The main actor who kept me watching is  Shanna Malcolm (Glee, Shameless) who portrays Tanya. I really enjoy Tanya’s sass and attitude, hoping against hope she would survive to the end. Did she? You’ll have to watch OMG… We’re In A Horror Movie  to find out. Writer/director Ajala Bandele plays AJ, a black guy lacking soul. His performance lands  a close second to Ms. Malcolm – very close. Her sass wins  that for her. The rest of the cast is rounded out by Liz Fenning (Amy), Chris Hampton (Chris), Nils Jannson (Kyle), Brendan McGowan (Tom), and Sharon Mae Wang (Jesse). I really want to like these characters, but the performances just fall  flat. The conversation is too obviously scripted and does  not feel natural. There are  moments the viewer can  tell the lines are  being read instead of spoken. It’s just my personal preference, but I would always rather hear lines that might not be verbatim to what was written, but roll more naturally off the tongue.

I give credit where it’s due, though. Whoever came up with the – well, let’s say “costuming ideas” for AJ and Chris mid-story – they get my applause. It is  a definite, and welcome, change of pace from the typical horror film. 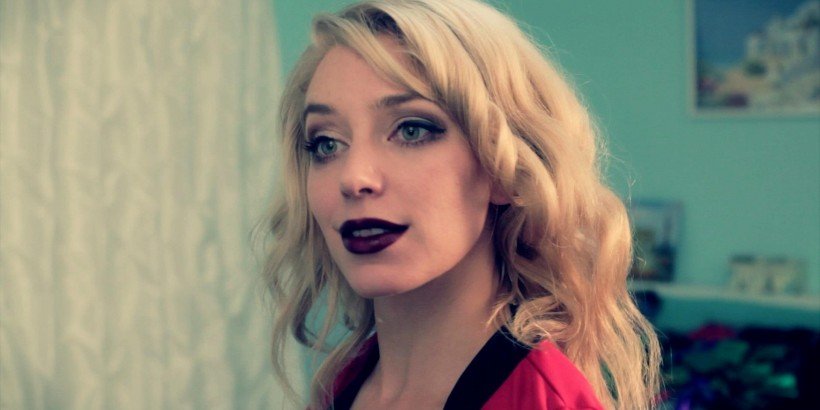 It’s difficult to say which particular group of fans will enjoy the film. There are bits and pieces that caught my attention in a good way. It just could have been way more entertaining than it is. It would likely be a decent flick to have on while you have company. Other folk around to watch and laugh, and yes, maybe pick apart the film with. Or is it only filmmakers who do that?!

Much credit to all for completing a film and having it released. I know how difficult it can be, especially these days, where the indie scene is (let’s face it) becoming over-saturated. It’s hard to get a film out there and noticed, and man… big kudos to them for accomplishing that. 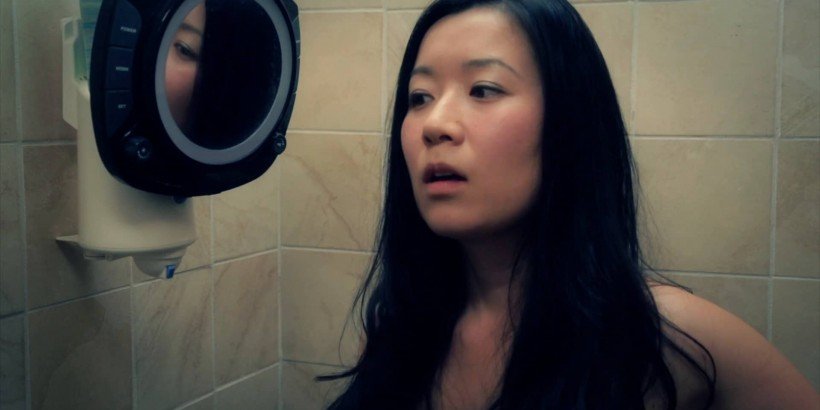 It isn’t a bad film, it just didn’t grab me the way a horror film should – even a spoof. I give it 3 bloody palms out of 5.

OMG…We’re In A Horror  Movie 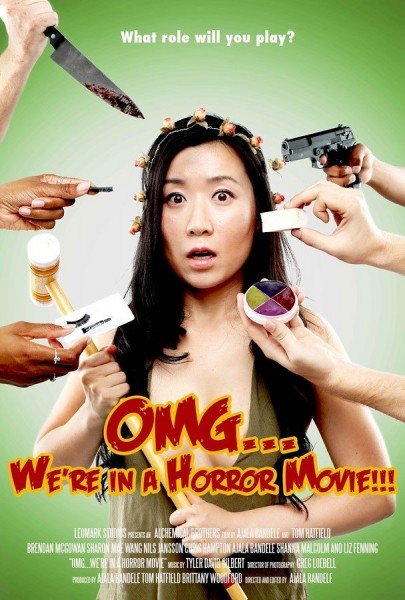 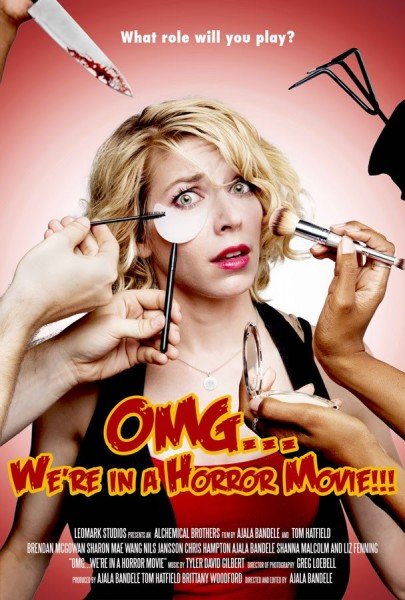 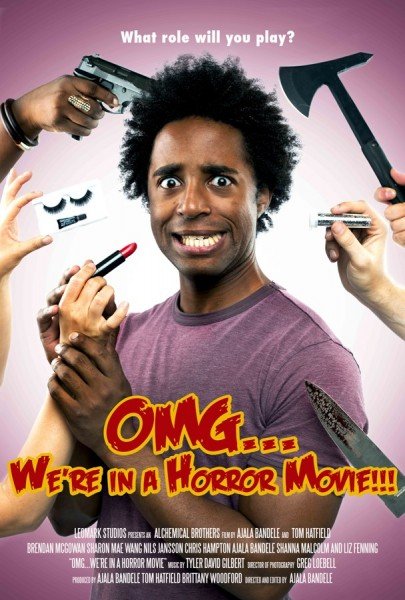 Ryli Morgan is a freelance actress and model, born and raised in Charlotte, NC. Visit LifeOfRyli.com for more on her work in film.

Ryli Morgan
Ryli Morgan is a freelance actress and model, born and raised in Charlotte, NC. Visit LifeOfRyli.com for more on her work in film.
http://lifeofryli.com

Emotional manipulation is a hard thing to criticize with fiction. In some form or another, every book, film and television show is trying to manipulate the emotions of its audience. After all, they’re trying to convince you that people who don’t exist are worth being invested in. So,  A Monster Calls  decides to test just […]

“Crying Wolf” (2015): When the Howling Starts, The Laughter Begins

Fast-paced, spellbinding The Cleansing Hour (2016) recently won Best Horror Short at the Shriekfest Film Festival and it is easy to see why. The short boasts an exciting story, fine performances, and marvelous production values in a tale of a reality series gone horribly wrong. With a regular viewership of more than 5,000,000 people worldwide […]

“They will dissect you! And they will kill you! In that order!” Well, that doesn’t sound good. Join your faithful Grue Crew – Doc Rotten, Chad Hunt, Bill Mulligan, and Jeff Mohr – as they do their best not to get dissected or killed on their journey Beneath the Planet of the Apes (1970). Decades […]

[Review] WHAT IF (2021, Disney+) Episode 4 What If…Doctor Strange Lost His Heart Instead of His Hands?

Welcome to HEROES & DROIDS, your guide to pop culture movies and TV! This week we review… Marvel Studios’ WHAT IF? (2021, Disney+)Episode 4 – “What If… Doctor Strange Lost His Heart Instead of His Hands?” On HEROES & DROIDS, we discuss pop culture about Superheroes, Sci-Fi, Disney, and Action. From Marvel to DC, from […]

[Review] WHAT IF (2021, Disney+) Episode 3 What If the World Lost Its Mightiest Heroes?

Welcome to HEROES & DROIDS, your guide to pop culture movies and TV! This week we review… Marvel Studios’ WHAT IF? (2021, Disney+)Episode 3 – “What If… the World Lost Its Mightiest Heroes?” On HEROES & DROIDS, we discuss pop culture about Superheroes, Sci-Fi, Disney, and Action. From Marvel to DC, from Star Wars to […]