In the middle of nowhere, a group of co-workers are  treated to a company retreat for a job well done where they are promised motivational pep talks. As it turns out their retreat used to be a former loony bin whose caretakers used to abuse the residents. Also, a member of the work group has a dark secret and people start dropping faster than a $3 whore on discount Fridays. If Silent Retreat sounds like an original concept to you, then you obviously haven’t watched many horror flicks because this film doesn’t chart any new, dark horrific seas, that is for sure. 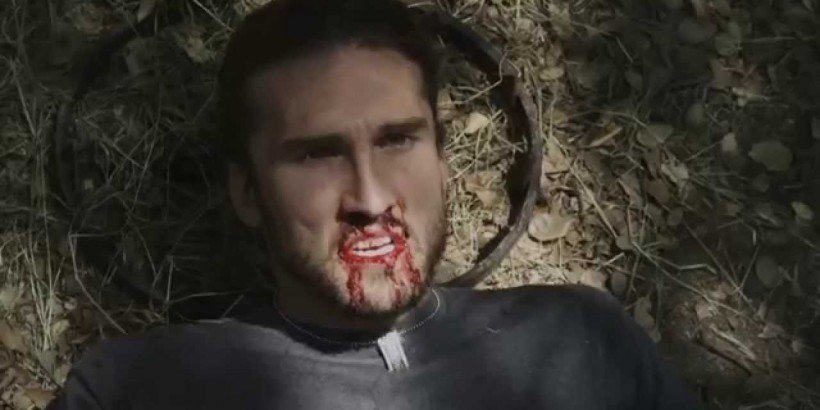 Tapping into the abused mental patients and abandoned mental institute locations is not a new thing for horror films. Not by a long shot. Hell, I even like horror movies that have a psychological bend to them. Silent Retreat however comes off very by the numbers and as a result very boring. You have a group of people at a remote location, a strange caretaker and one person who turns out not to be who they claim and a hidden past linked to the location. That being said, I could have even forgiven this if it wasn’t for the stilted acting and some very, ‘HUH?’ moments I encountered throughout  the film. We are led to believe the group of co-workers who visit the retreat are a close knit group of friends or at least well known to each other. This is attempted to be relayed through the dialog between the characters such as the group clown Tedi (Eli Bildner) cracking rude jokes and sexual inuendos with other co-workers, and the two leads Zacry (Donny Boaz) and Meigan (Rebecca Summers) trying to carry a friendship to a romantic level. The problem is, while I applaud the attempt by director/writers Ace Jordan and Heather Smith to try and build a caring connection to these characters, the actors when delivering the dialog sound very wooden and not very convincing that they have known each other over a long period of time. They all sound very much like they rehearsed a few days before shooting and then stepped in front of a camera. The one convincing moment from an actress came when Lira (Devon Ogden) was confronted by her boyfriend about her possible cheating. Lira completely turns around the accusations placed on her to her putting all blame on Zacry. This seemed to be the most convincing acting part of the whole movie in my opinion. In fact I was convinced this woman in real life is used to these kinds of tactics. 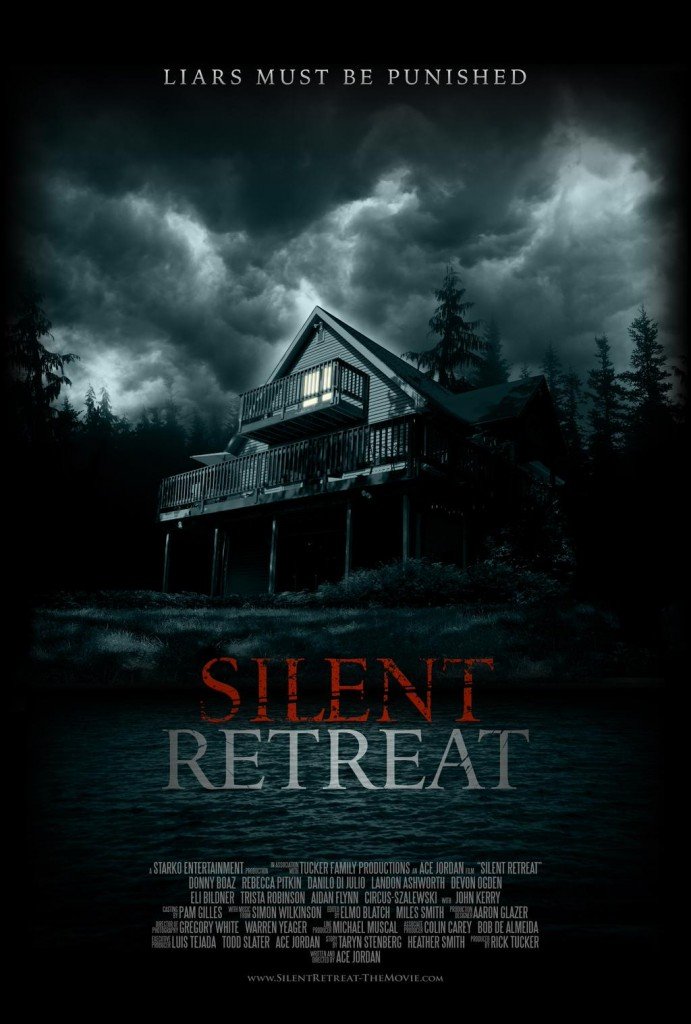 Aside from the stilted acting, there were a couple of scenes in the film that really boggled my mind. The one that really sticks in my mind is once it is obvious that people are disappearing the remaining survivors of the group return to the retreat and for some reason suddenly decide to explore the downstairs of the place which oddly is located right inside of the front door area. The way some of these characters decide to just walk in and go down the stairs was very odd. At no time in the entire movie was this location ever shown to the group of co-workers or that they had any knowledge of it but then towards the end of the film they suddenly see it, it is in plain view and just like lemmings, they go down the stairs one by one to encounter some tragedy for no other reason than it seemed like it was written in the script for them to do so. 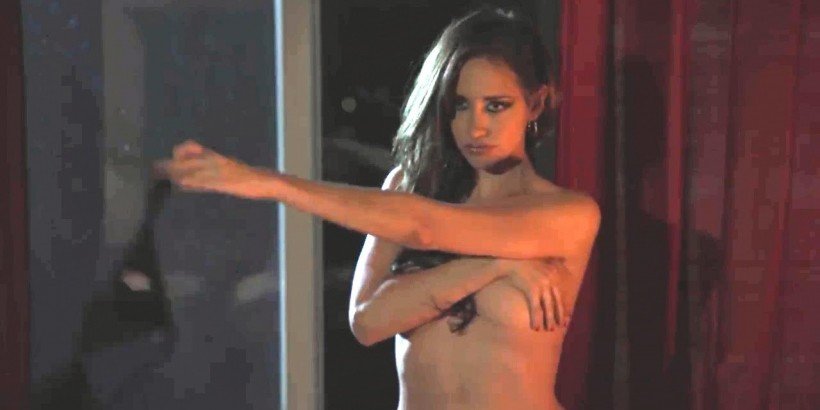 If I am to be honest, I have seen worse films than Silent Retreat. MUCH worse. The film is shot well and the location is decent. While the idea isn’t anything new, that isn’t to say there shouldn’t be movies made about this subject matter. It is just that Silent Retreat tends to be a little stilted and too by the numbers for its own good. It is a movie to put on to pass the time but there are other films out there that do a much better job.

“The Bloodstained Butterfly” (1971): A Fairly Mundane Police Procedural – Courtroom Drama with Just a Touch of Giallo

What makes a giallo a giallo? Does it need to display a minimum requirement of specific tropes to fit the bill or, is it really a matter of how a film feels? Though often classified as a giallo, an argument could be made that director Duccio Tessari’s The Bloodstained Butterfly (1971) has more in common […]

“The Dark Below”: Kinda Dull Down There too…

The idea of a feature film without any dialog isn’t a new one. It’s been attempted a few times before, with films like The Last Battle (1983), and AKP: Job 27 (2012). Even Mel Brooks gave it a shot with Silent Movie (1976). Director Douglas Schultze is the latest filmmaker to go virtually dialog free […]

In a new film called The Id, middle aged Meredith (Amanda Wyss) still lives at home with her disabled dad (Patrick Peduto). A prisoner in the house she grew up in, Meredith takes care of her father, never leaving the house for even a minute. Her father is a total asshole, with little to no […]

“I am ready to return, but understand, I shall use undreamed-of measures, to conquer the evil.” If by “undreamed-of measures” the Judge means a BF sword, he ain’t wrong. No one dreamed of it. Join your faithful Grue Crew – Doc Rotten, Chad Hunt, Bill Mulligan, Daphne Monary-Ernsdorff, and Jeff Mohr – as they claw […]

Welcome to HEROES & DROIDS, your guide to pop culture movies and TV! This week we review… Marvel Studios’ WHAT IF? (2021, Disney+)Episode 7 – “What If… Thor Were an Only Child?” On HEROES & DROIDS, we discuss pop culture about Superheroes, Sci-Fi, Disney, and Action. From Marvel to DC, from Star Wars to Star […]